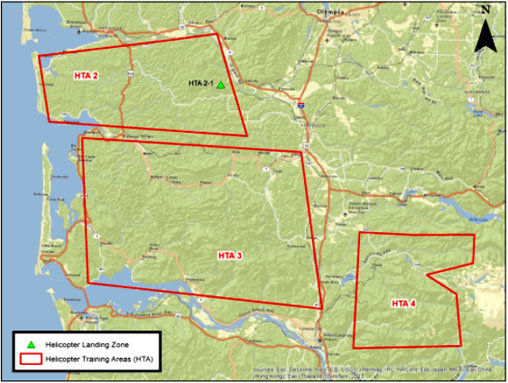 Most of Pacific County is part of an off-base Helicopter Training Area used by aircraft operating from Joint Base Lewis-McChord near Tacoma. 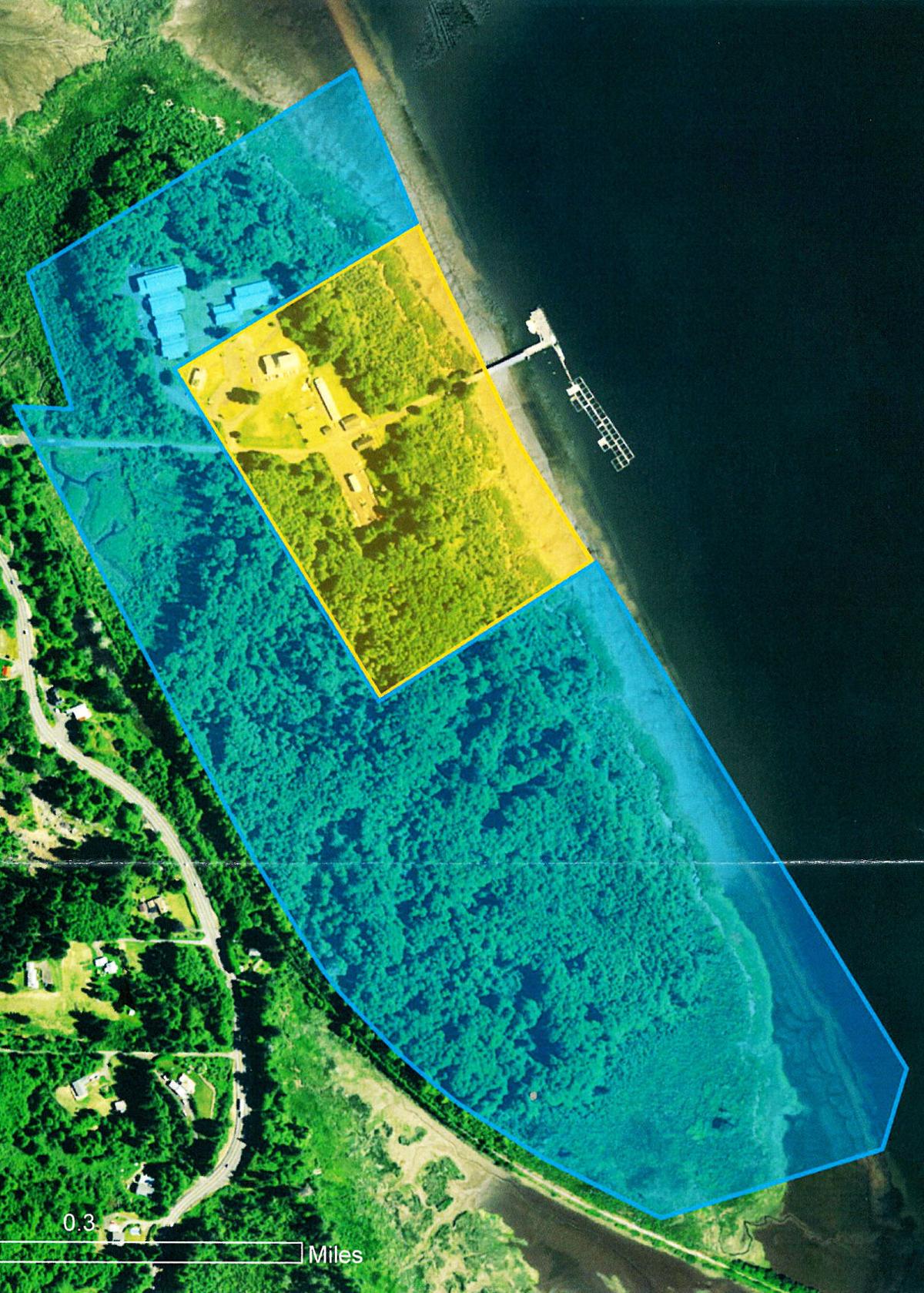 Joint Base Lewis McChord has inquired about acquiring a square of property — shaded yellow — from the U.S. Army Corps of Engineers for training. The Department of State Lands owns the blue-shaded area of South Tongue Point.

Most of Pacific County is part of an off-base Helicopter Training Area used by aircraft operating from Joint Base Lewis-McChord near Tacoma.

Joint Base Lewis McChord has inquired about acquiring a square of property — shaded yellow — from the U.S. Army Corps of Engineers for training. The Department of State Lands owns the blue-shaded area of South Tongue Point.

COLUMBIA ESTUARY — The dock at South Tongue Point east of Astoria has long been a staging ground for Clatsop Community College’s mariners in training. It could soon became a training ground for the U.S. Army, as well.

The Army’s Joint Base Lewis-McChord in Washington has inquired about acquiring a square of land and the dock owned by the Corps of Engineers.

Joe Kubistek, a spokesman for the base, said there is interest in using the property for “infiltration and exfiltration training, as well as other unconventional warfare scenario training.” He said negotiations on the transfer could take eight to 12 months.

The Army’s interest in Tongue Point is only one of several current and potential new military uses of nearby land, airspace and waters.

The Army’s plans mirror others floated earlier this year by the U.S. Navy to use additional state parks in Washington for similar training for its Special Warfare or SEAL Team units. In all, the Navy is looking at seeking “real-estate agreements” for SEALs to use as many as 68 sites for training in Western Washington. In this area, eight sites were identified — from Westport to Fort Columbia State Park. Under consideration on the Long Beach Peninsula are Leadbetter, Pacific Pines and Cape Disappointment state parks. Grayland Beach State Park in north Pacific County also is on the list.

Those plans, disclosed in January by the Truthout website, were said at the time by a Navy spokeswoman to be “months or years” away from realization. Washington State Parks said in January it had no knowledge of the Navy’s plans to expand beyond the five Puget Sound parks where it already sometimes conducts nighttime SEAL training.

In June 2015, the Army disclosed its intention to designate a large helicopter training area encompassing much of Pacific and Wahkiakum counties, plus parts of Lewis and Cowlitz counties. Precautions include carrying no ammunition and staying at least 500 feet above the ground.

Other military activities in our area include naval deployment of hundreds of buoys that emit sonar signals during anti-submarine tracking tests. The Navy obtained a five-year permit from NOAA Fisheries for the activity up to 200 miles offshore.

The Tongue Point land eyed by the Army includes several older buildings, a parking lot and a roadway at the end of Liberty Lane running out to a dock along the John Day Channel of the Columbia River. The college uses at least one of the buildings as a maritime classroom, and bases the training vessel Forerunner along the dock. The county also has salmon net pens along the dock.

Jeffrey Henon, a spokesman for the Corps’ Portland District, said the agency is in the process of renewing existing agreements with users of the land. The base “expressed interest to the U.S. Army Corps of Engineers, Portland District, about transferring the property,” he said.

“If the Corps transfers the property to (the base), which the Corps is not actively pursuing at this time, the land and dock would continue to be used by the existing tenants of the property for access to the fish pens, floating dock, storage space, classrooms and a training facility,” Henon said.

“The Corps’ intent for acquiring the subject property was as a staging point for the Port of Portland’s large pipeline dredge, Oregon, which was under contract by the Corps of Engineers for channel improvement work along the Lower Columbia River,” Henon said.

The site was also the base for crews performing coastal maintenance, hydrological surveys and to store various items for the dredge plant and a radio relay facility.

Surrounding the Corps’ patch of property is the rest of South Tongue Point, owned by the Oregon Department of State Lands.

The college leases 7 acres for its career-technical campus, the Marine and Environmental Research and Training Station. The state is reviewing a proposal by the college to purchase 37 acres to the north of Liberty Lane around the campus by the end of June.

“It’s not comfortable to me to have so many valuable assets on property we don’t own,” said college President Christopher Breitmeyer said at a recent college board meeting.

The college, already the state’s official maritime college, has requested state funding to add a second story onto the administrative building on the campus as it tries to become a national center for maritime excellence and expand its maritime science programs.

A separate proposal would see the Columbia Land Trust acquire about 90 acres of land south of Liberty Lane and transfer the property to the college for use as a living laboratory in support of an environmental sciences program. The college estimates the purchase could happen in 2018.