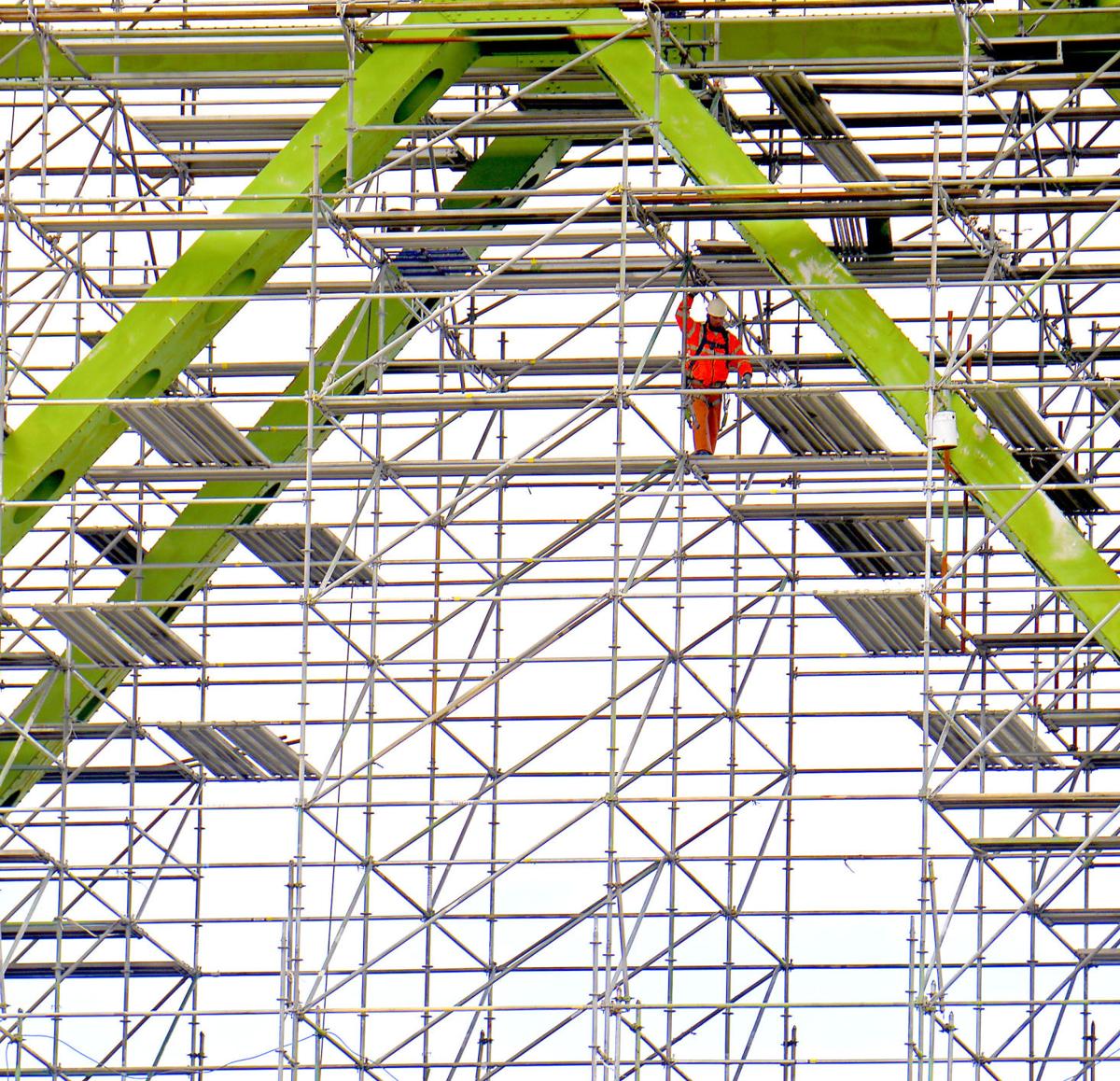 A worker navigates scaffolding underneath the Astoria Bridge in April. 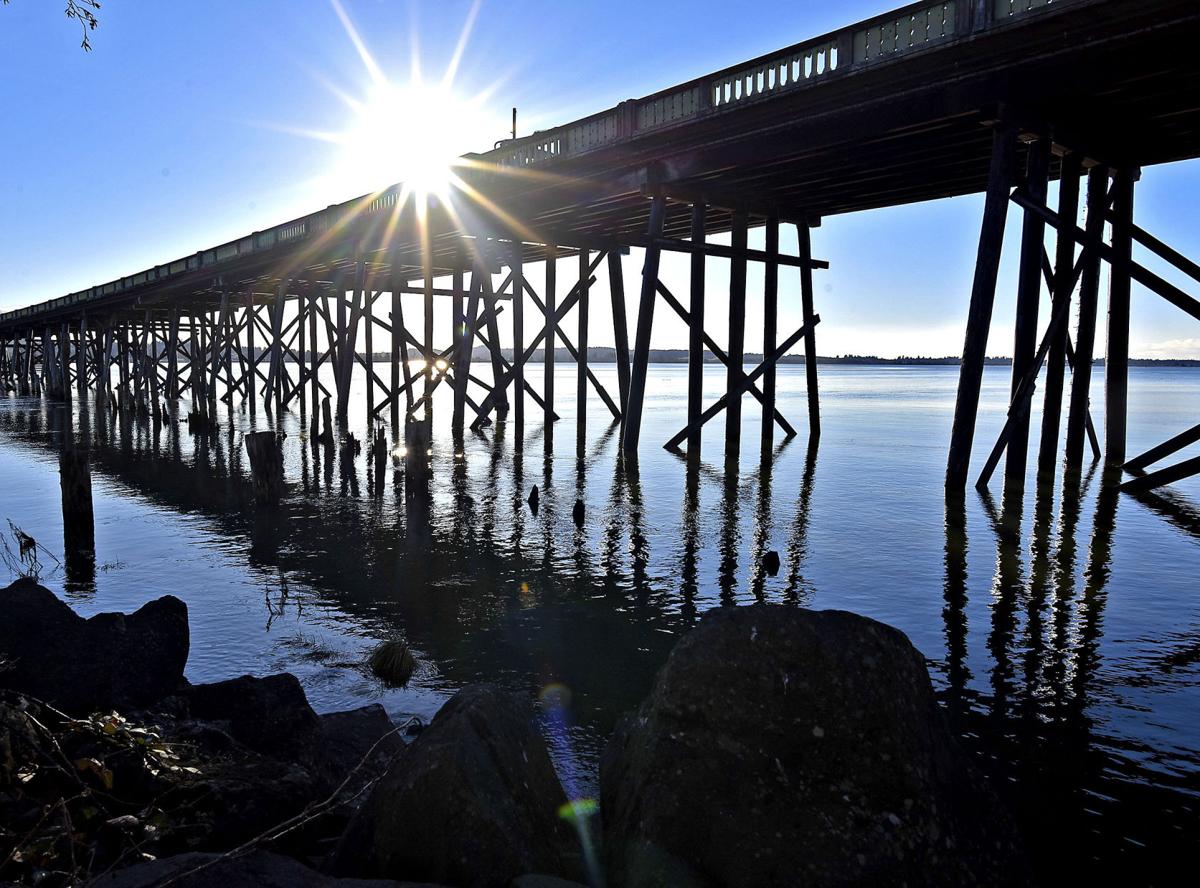 Work to repair the Old Youngs Bay Bridge was completed earlier this year. 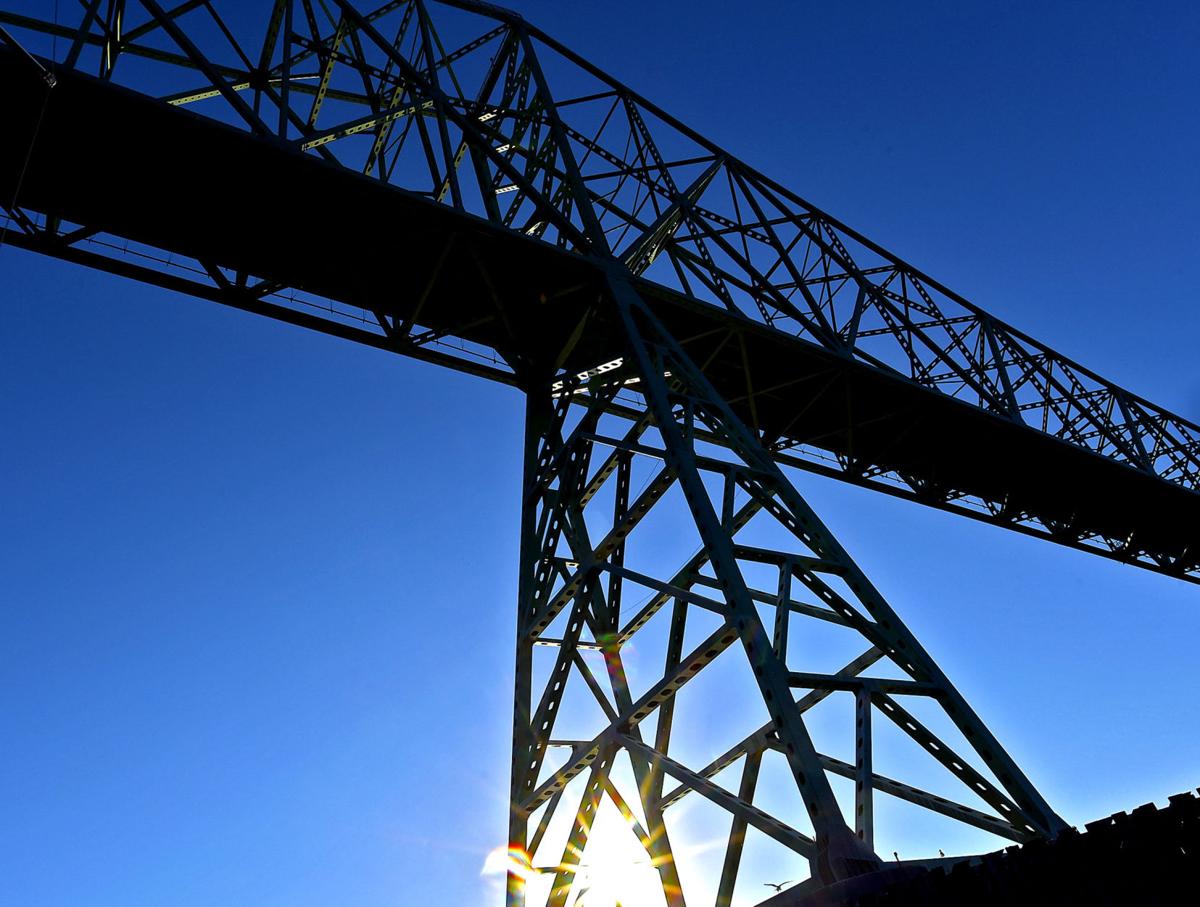 Repairs to the Astoria Bridge will resume in 2019. 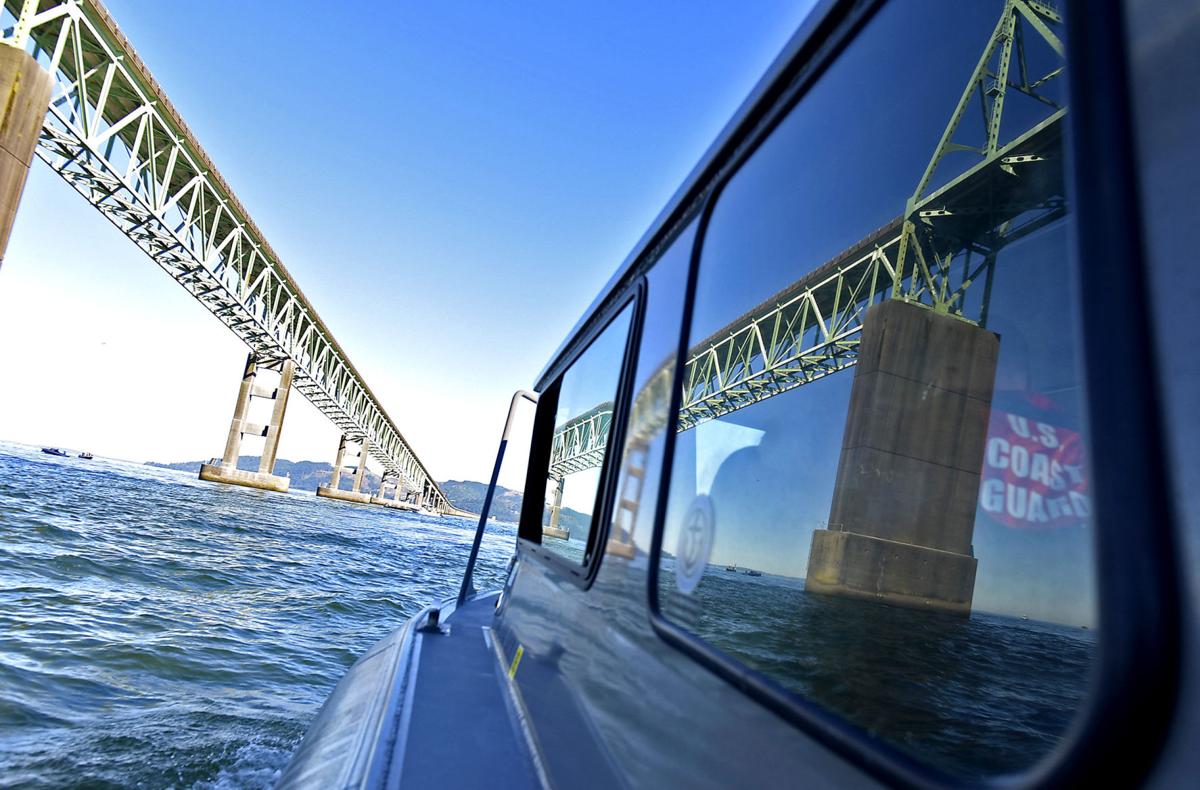 The Astoria Bridge is reflected in the window of a Clatsop County Sheriff's Office boat on patrol in September.

A worker navigates scaffolding underneath the Astoria Bridge in April.

Work to repair the Old Youngs Bay Bridge was completed earlier this year.

Repairs to the Astoria Bridge will resume in 2019.

The Astoria Bridge is reflected in the window of a Clatsop County Sheriff's Office boat on patrol in September.

In what has become a rarity this decade, drivers and businesses will not need to concern themselves with prolonged closures next year on the major bridges connecting Pacific County with Astoria and Warrenton.

The Oregon Department of Transportation is in different phases of refurbishment projects on the Astoria Bridge, New Youngs Bay Bridge, Lewis and Clark River Bridge and Old Youngs Bay Bridge. The Old Youngs Bay and Lewis and Clark projects are nearly complete, while repairs on the other two are scheduled to take place in 2019 and beyond. Though some smaller closures may still occur, it will mark the first time in at least six years that travelers are not expected to endure extended delays, ODOT spokesman Lou Torres said.

“It has to do with funding. You fit them into different steps and you have different funding windows,” he said. “It will probably be a welcomed break for everybody.”

Businesses may be especially enthused. While the state’s improvement projects have been necessary, they tend to have some impact on commerce, said Skip Hauke, director of the Astoria-Warrenton Area Chamber of Commerce.

“Any time there’s construction on a bridge in or around the North Coast, it affects somebody. It just makes people think twice before heading in that direction,” Hauke said. “It’ll be a pleasure not having the bridge closures next year.”

Workers recently wrapped a bow around the second of a three-phase project to repair the Astoria Bridge. All of the work above the road is finished.

Since 2009, workers have removed and replaced much of the paint that coats steel on the 4.2-mile bridge. They also have replaced corroded rivets and worked on the steel below the roadway, including the support towers. Solar lights were added to deter pilots away from the towers.

Prior to the project, officials noticed the bridge, now more than 50 years old, had become increasingly fragile due to year-round storms, saltwater and heavy traffic both on the road and along the river below it. The project has taken longer than originally planned due to weather and the discovery of more corrosion than expected.

When work resumes within the next couple of years, the final third phase will mainly involve painting the trusses below deck.

The work already has and will continue to cost many millions of dollars, a cost shared by both Washington and Oregon, with help from the federal treasury. Phase 1, which started in 2009 and concluded in 2015. That stripping, repainting and replacement ended up costing about $22 million. The money comes from gas taxes and the federal highway fund. Along with phases 2 and 3, the total cost is expected to be around $50 million.

Repairs to the Old Youngs Bay Bridge and Lewis and Clark River Bridges — two small drawbridges built in the 1920s — will be completed by the end of this month after about three years, Torres said. The $16.7 million projects on those bridges have included replacement of electrical systems, asphalt surface repairs and improvements to corroded steel.

“There’s quite a lot of old mechanical work that had to happen,” he said. “It’s virtually finished.”

Major renovations to the New Youngs Bay Bridge will commence in 2019, though the scope, time and length of the project will not be finalized until early 2018. An initial cost estimate was $12.4 million, though that figure could change.

The work will include replacing joints, installing special protection for metal parts, seismically retrofitting bridge spans and raising the lift span tower and sign bridges. Officials have revised original plans and are discussing how to best schedule the project to curb disturbances to traffic patterns, Torres said.

“We’re talking about some major work,” he said. “It’s definitely a modified version of what we were going to do.”

Though the bridge is less than a mile long, it is the main thoroughfare connecting Warrenton and Astoria. Its closure will likely have some impact on businesses along U.S. Highway 101 and U.S. Highway 101 Business, Hauke said. But he adds that he does not oppose the project.