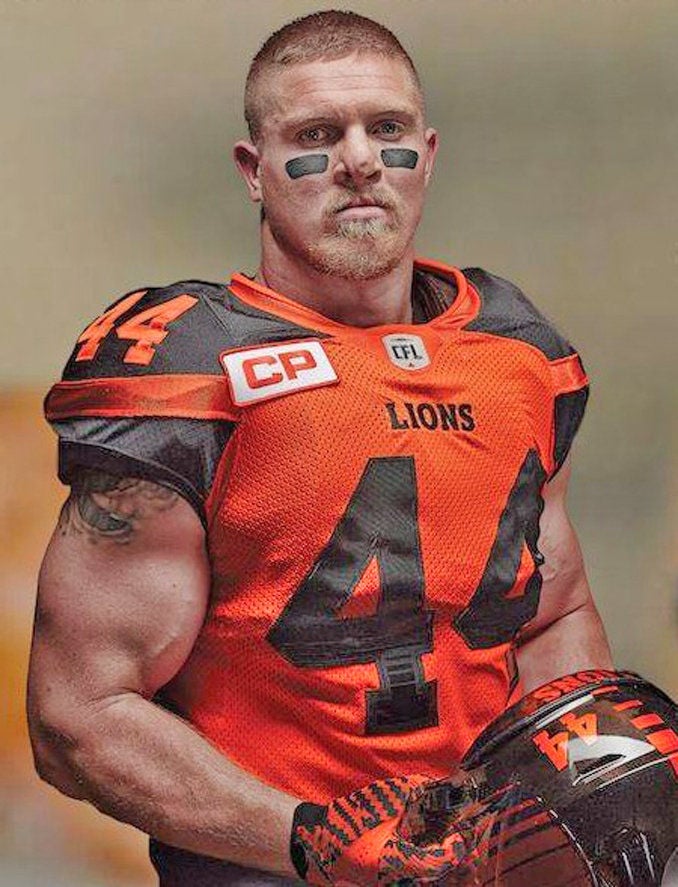 Adam Bighill, son of Long Beach resident Andy Bighill, has played in the Canadian Football League for the last six years. On Jan. 4, he was offered a contract to play for the New Orleans Saints. 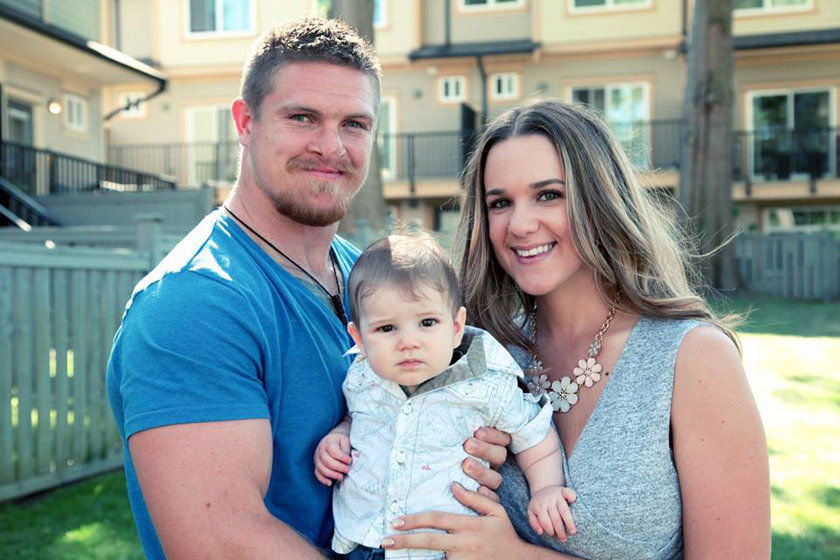 The Bighill family: Adam, Kristina and young AJ. On Jan. 4, he was offered a contract to play for the New Orleans Saints.

Adam Bighill, son of Long Beach resident Andy Bighill, has played in the Canadian Football League for the last six years. On Jan. 4, he was offered a contract to play for the New Orleans Saints.

The Bighill family: Adam, Kristina and young AJ. On Jan. 4, he was offered a contract to play for the New Orleans Saints.

LONG BEACH — Adam Bighill, son of Long Beach resident Andy Bighill, has just signed a three-year futures contract to play football for the New Orleans Saints. For the past six seasons Bighill has played in the Canadian Football League (CFL) for the BC Lions.

At age 28, it was getting close to “now or never” time for Bighill if he was to realize his dream of playing in the National Football League. Through contract negotiations, Bighill was allowed a window to sign with an NFL team. With the window scheduled to close on Jan. 27, Bighill signed with the Saints on Jan. 4. His futures contract is basically identical to a standard NFL active-roster contract, with the same salary structure and signing bonus. It takes effect in March.

The late John Didion, a Naselle resident and Pacific County sheriff, played for the Saints and the Washington Redskins from 1969 to 1974.

Bighill and his wife Kristina have a one-and-a-half year old son, AJ, and a daughter due to be born in May. Kristina is a former collegiate golfer at Eastern Washington University and Oregon State University. The Bighill family currently resides in Surrey, B.C.

Adam’s mother, the late Janine (Peterson) Bighill always encouraged her son to strive for success. Her passing in 2004 had a significant impact on how Bighill lives life.

During an interview in 2009, Bighill noted, “She always wanted me to achieve my best, I wouldn’t be doing right by her without trying to be the best I can be. I always have that in the back of my mind. I try not to ever waste a day.”

Longtime Naselle residents may recall Adam’s father Andy Bighill, a 1969 graduate from Naselle-Gray River Valley High School, was a starting tackle when the 1968 Comet team went undefeated for the season and won the state championship. Paternal grandparents John and Marie Bighill were long-time Naselle residents prior to their passing.

“At 5 feet 10 inches, Adam has always played with a chip on his shoulder because he was told early on he could get this scholarship or that scholarship if only he was two inches taller,” the senior Bighill said of his 230-pound son. “That chip has helped him succeed at both the college and professional level. He has a fantastic work ethic and lives in the weight room. No one outworks Adam when it comes to studying the game and improving his skills. I’m proud of the man he’s become.”

Asked in an interview why he signed Bighill, Saints Director of Pro Scouting Terry Fontenot reportedly responded, “He blew us away in the workout. He’s explosive and fun to watch.”

Upon signing with the Saints, Bighill said, “I am grateful for the club’s (Lions) understanding that, as a professional football player, father and husband, I want to maximize my career potential. I want to make it very clear to our incredible fans, however, that I love being a BC Lion and if nothing comes to fruition in the NFL, I will be ecstatic to return to the club.”

Bighill’s talents on the gridiron made him a four-year starter as a linebacker at Central Washington University and a 2010 American Football Coaches Association (AFCA) Division II first-team All-American.

In May 2011, Bighill was selected to join the BC Lions after a successful free-agent tryout in Portland, Oregon. Being selected and actually making the team are not necessarily the same thing. Displaying the work ethic and athletic ability that has characterized his career, Bighill survived both training camp cuts and went on to have an impressive rookie season. He played in 12 games, including the final seven regular season games, and the West Final and Grey Cup (Canadian version of the Superbowl) games. He led the club, and was ranked fourth overall in the CFL, with 22 special team tackles. The Lions won the 2011 Grey Cup.

In 2012, Bighill assumed the starting position as middle linebacker for the Lions and has never looked back since. In 2013, he and teammate Solomon Elimimian bonded both on and off the field and, together, formed one of the best defensive backfields in the CFL. With Elimimian’s jersey number being 56 and Bighill’s being 44, they were known to fans as “Team 100.” They made history by becoming the first teammates to record 100-plus defensive tackles each in the same CFL season.

During his six years with the BC Lions, Bighill, or “Biggie” as he is called by his coaches and teammates, played in 99 games, amassing an impressive record of 509 defensive tackles, 67 special team tackles, 33 sacks, eight interceptions, eight forced fumbles and a defensive touchdown. His total of 576 tackles makes him the third most prolific tackler in the club’s history. In 2015 he was selected as the Most Outstanding Defensive Player. In 2016, Bighill made the CFL all-star team for the fourth time and the West Division all-star side for the fifth straight campaign.