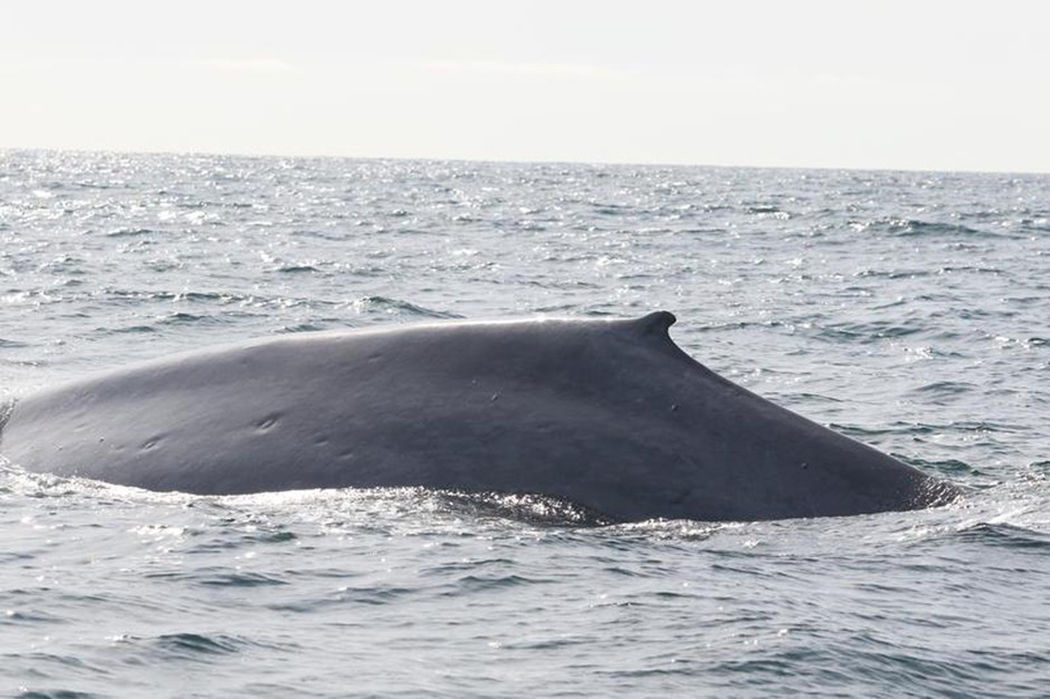 This blue whale was spotted by a Cascadia Research team about 17 nautical miles northwest of Grays Harbor in late July. 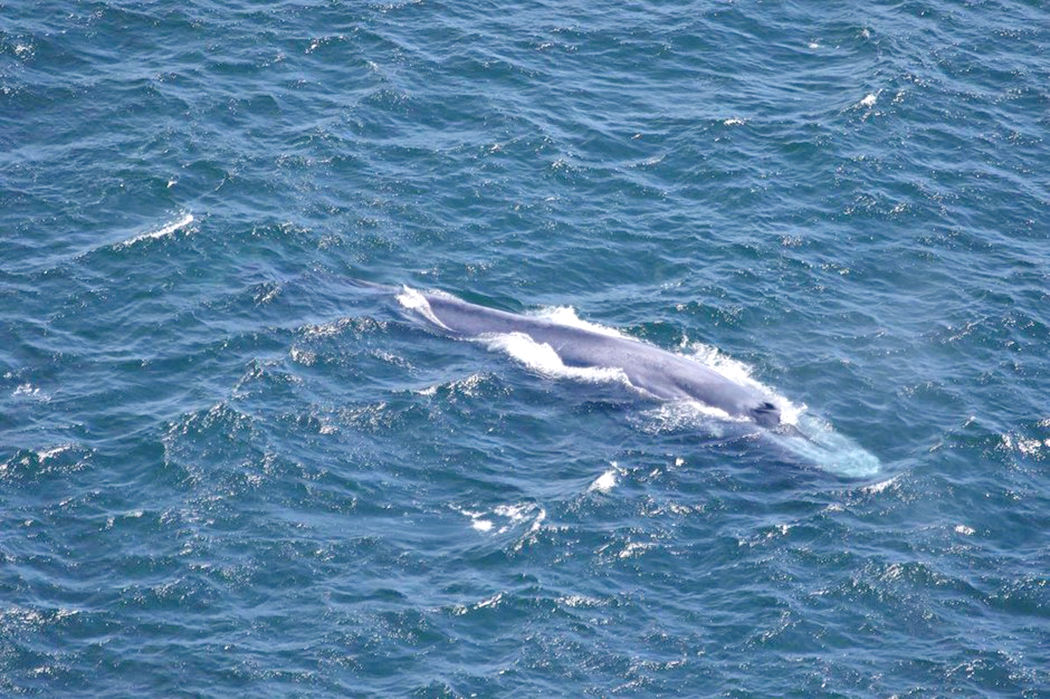 This blue whale was spotted by a Cascadia Research team about 17 nautical miles northwest of Grays Harbor in late July.

WASHINGTON COAST — A whale expert is reporting a rare sighting of blue whales off the Washington coast. The largest animals on the planet have also been sighted in unusual numbers offshore of Oregon this summer.

Biologists John Calambokides and Kiirsten Flynn of the Cascadia Research Collective in Olympia set out from Westport in late July to survey for humpback and gray whales when a very tall spout caught their eye.

“We kind of looked at each other and said, ‘Ummm, that doesn’t look like a gray whale,”’ Calambokides recalled with a chuckle.

Their “blow,” or vaporous exhalation, is good way to tell a blue from a distance. “Blowing as soon as its head begins to break the surface, the blue whale produces a spectacular column of spray rising to 29 ½ feet or more. The tallest and strongest blow of all whales, it is noticeably slender and upright,” according to reference book “Whales, Dolphins, & Porpoises.”

They approached and found two blue whales about 17 miles offshore. Calambokides gauged this as only the fourth confirmed sighting of the massive species in Washington waters in the past 50 years. Both whales were photo ID’d as part of a population normally seen off California.

On Dec. 8, 2011, a group of six blue whales were observed grazing above the vast undersea Guide Canyon 30 miles due west of the Long Beach Peninsula.

“Blue whales seem to have shifted further north,” Calambokides said. “That was further reinforced by a survey we did just over a week ago off southern Oregon, where we had more than a dozen blue whales in that area.”

Leigh Torres, a marine mammal researcher at Oregon State University, flagged the presence of blue whales in Oregon for the boat-based surveyors after she spotted a grouping from the air during a U.S. Coast Guard chopper ride-along.

“It’s not unheard of to see blue whales in Oregon, but to see an aggregation like that is exciting,” Torres said.

It’s unclear if the whales’ shift north is temporary.

“Sometimes it’s hard to know if it is because we’re looking harder or if they are actually showing up more in these areas,” Torres said. “It might be both.”

“The water was much shallower than is typical of blue whales, but there was a layer of krill that I could see on my depth sounder,” Calambokides said, as he elaborated on the July 24 sighting. “From the way the whale was moving, I could tell it was probably feeding. It was staying in the same area.”

The U.S. government classifies blue whales as endangered throughout their range. NOAA Fisheries said the blue whale population is recovering from historic whaling but faces new threats from inadvertent ship strikes and entanglement in fishing gear.

“We do strongly recommend against people trying to go out to see them because their chance of success would be extremely low, it would be risky for most boaters, and having boats try to follow them around could interfere with their feeding. Approaching whales closely without a research permit like we have is also illegal,” Calambokidis said after the 2011 sighting.

For experts and ordinary boaters alike, blue whales are easy to identify. Blues can reach more than 100 feet in length and weigh as much as 400,000 pounds, or up to twice as large as the biggest dinosaur.

Their size makes them easy to identify, but they also have distinctive mottled skin that picks up reflected blues of the sky and sea, the origin of their common name.

They are rather commonly sighted off California. Before industrial whaling started, estimates place their population at about 275,000.

Blues are no longer hunted anywhere in the world. There were, however, whaling stations at Bay City in Grays Harbor County in the early 1900s and one in the Warrenton area that operated into the mid-20th century.

—The Chinook Observer contributed to this report.