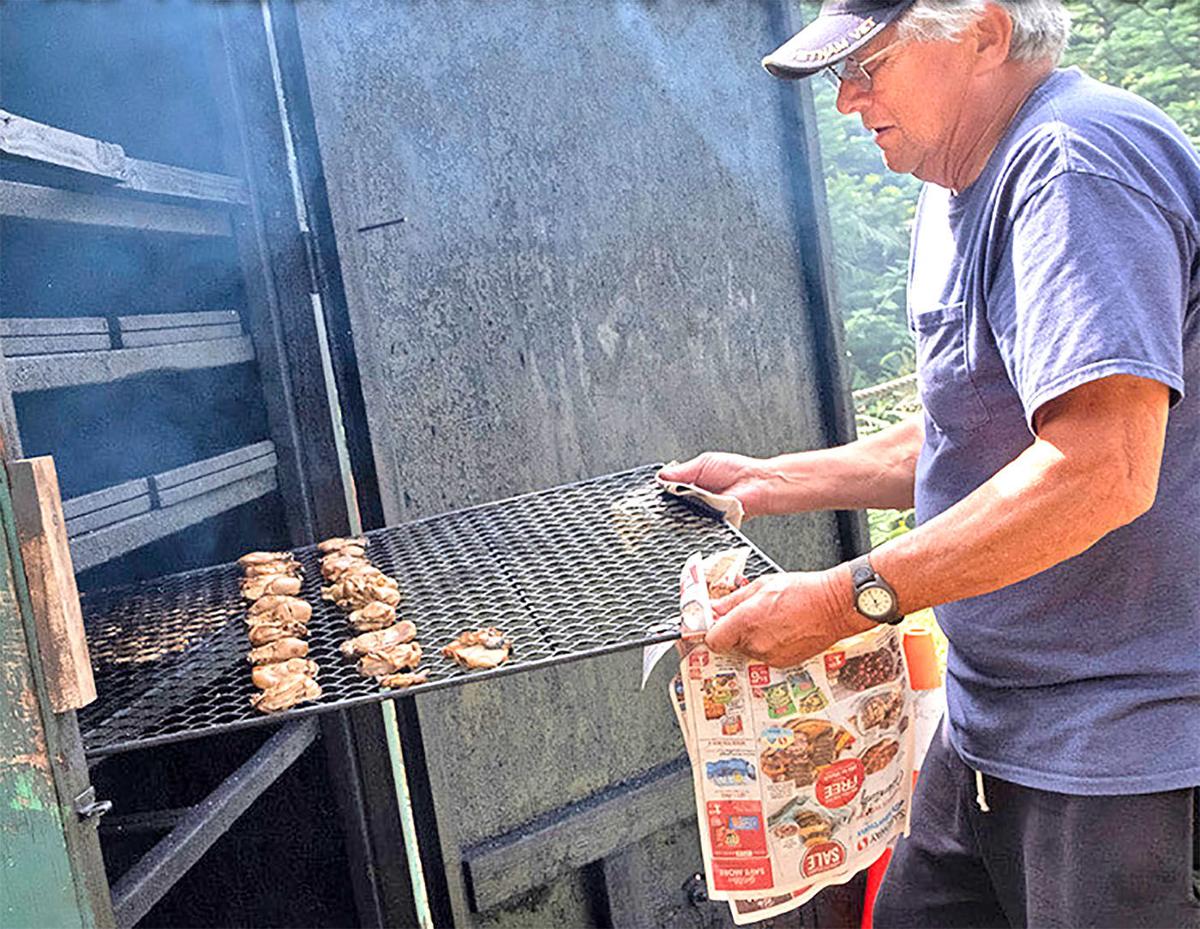 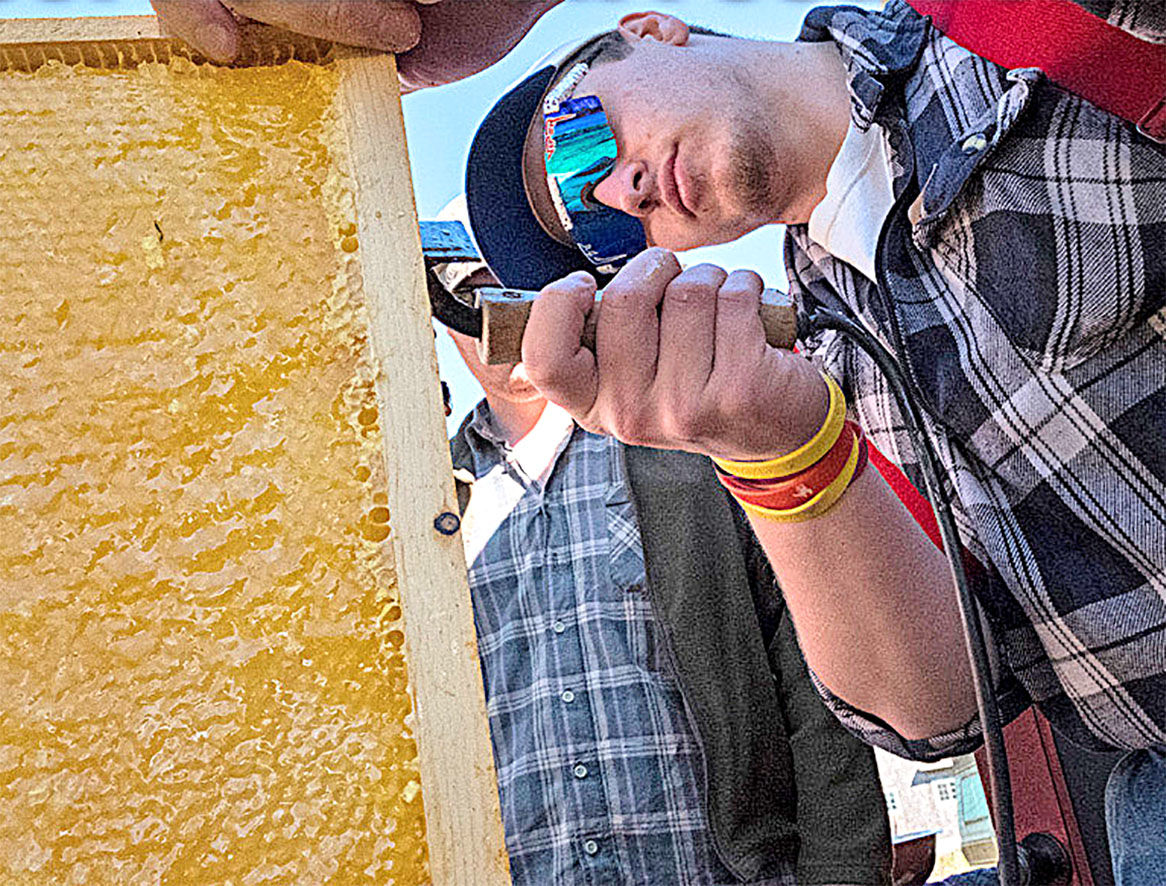 BAY CENTER — Rachel Lynne Cushman, treasurer for the Chinook Indian Nation, was surprised and excited when $1,000 was raised in 29 hours for the tribes’ Traditional Food Program.

The fundraiser was posted online on Friday, Nov. 29 and by Saturday, the fundraiser had met its goal. Cushman increased the goal to $3,000 because of the enthusiasm. As of Tuesday, Dec. 3, 55 people had given $1,837 in contributions.

“I think folks really understand food insecurity and it’s a cause that they can get behind,” Cushman said.

To make a donation to the Traditional Food Program people can visit http://www.chinooknation.org/chinook_food_sovereignty.html.

The Traditional Foods Program run through the tribe’s Natural Resources and Traditional Food Sovereignty Committee, reduces hunger in the tribal community by collecting ingredients for foods such as smoked oysters, fish-head stew and fiddlehead fern chowder.

The fundraiser is to help the tribe purchase preservation supplies as well as tools and materials to tan hides. Because there aren’t as many food sources during the winter, preservation is important to keep food available year round, Cushman said.

Food is first given to members of the tribal community, who receive food vouchers, Cushman said. Roughly 150 to 200 people have received various food items through the program, and that doesn’t include items gifted during tribal ceremonies. There are about 3,000 enrolled members of the Chinook Indian Nation, many residing beyond the tribe’s traditional heartland of Pacific, Wahkiakum and Clatsop counties.

The Traditional Food Program combines the preservation of food and animal products with the preservation of tribal traditions. It began in 2011 with Washington State Department of Fish and Wildlife agreeing to provide the tribe with animals killed by cars or harvested illegally, said Bethany Barnard, co-chair of the tribe’s Natural Resources and Traditional Food Sovereignty Committee. Barnard still gets animal-delivery calls in the middle of the night from WDFW officers. It is worth the disruption, she said.

“The officers are honestly a pleasure to work with and I appreciate the fact that they take the time to call me,” Barnard said.

Barnard’s work with the program was featured in season two episode seven of the TV series “Rugged Justice,” said WDFW Capt. Dan Chadwick. The show followed fish and wildlife law enforcement officers in Washington. In the episode, the officer delivers Barnard a black bear and she explains how the meat will be turned into sausage, the fat rendered down, and the hide tanned.

The program has grown since 2011. Beyond collecting and distributing food, it now organizes foraging trips for tribal members and workshops on things such as hide tanning.

“We’re trying to get this program really funded so it can feed our whole community and we can do more food gathering together,” Cushman said.

Some of the tribal elders have even shared secrets such as the best spots for berry picking, Barnard said. The educational component of the program is essential to passing down tribal traditions, she said. And much of the animal is used for cultural significance.

“For instance, bones and fish heads are cooked down and made into nutrient-rich broth; hides and antlers are made into regalia,” Barnard wrote in an email to the Chinook Observer. “Claws, teeth, and such are also made into various gifting items.”

Members of the Chinook Indian Nation confront the same health concerns seen in other tribal communities, Cushman said. These include diabetes, high blood pressure and heart disease — all things a poor diet can contribute to, she said. Reducing food insecurity is crucial to creating a healthy community because it can stop people from relying on unhealthy factory-processed foods.

Tribal communities have always taken care of each other, Barnard said.

Because the Chinook Indian Nation is not federally recognized, the tribe relies on grants and private donations to run. After the federal government recognized the tribe in 2001, it reversed its decision and revoked the tribe’s recognition in 2002.

In 2017 the tribe sued the U.S. Department of the Interior and the Bureau of Indian Affairs over its right to reapply for federal recognition.

That case is ongoing in the Western Washington U.S. District Court. On Nov. 26, the tribe asked Senior U.S. District Judge Ronald Bruce Leighton to rule on the case. A hearing on that motion is scheduled for Dec. 27.