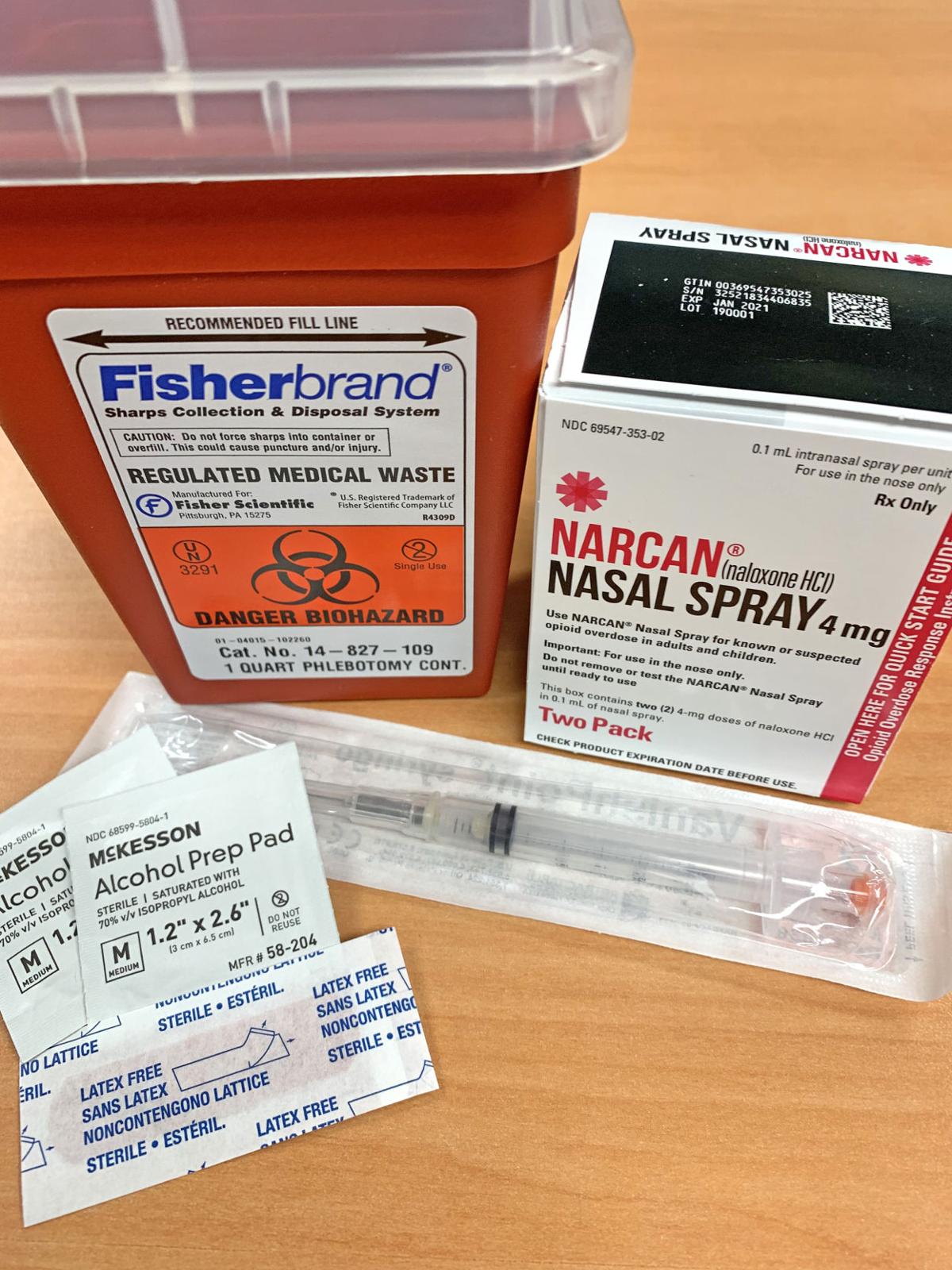 The Family Health Center at Klipsan and Pacific County Health department are supporting a new syringe exchange program. Pictured are a needle safe-storage storage box and a Narcan kit, a medicine called naxolone that can assist when an overdose is suspected. 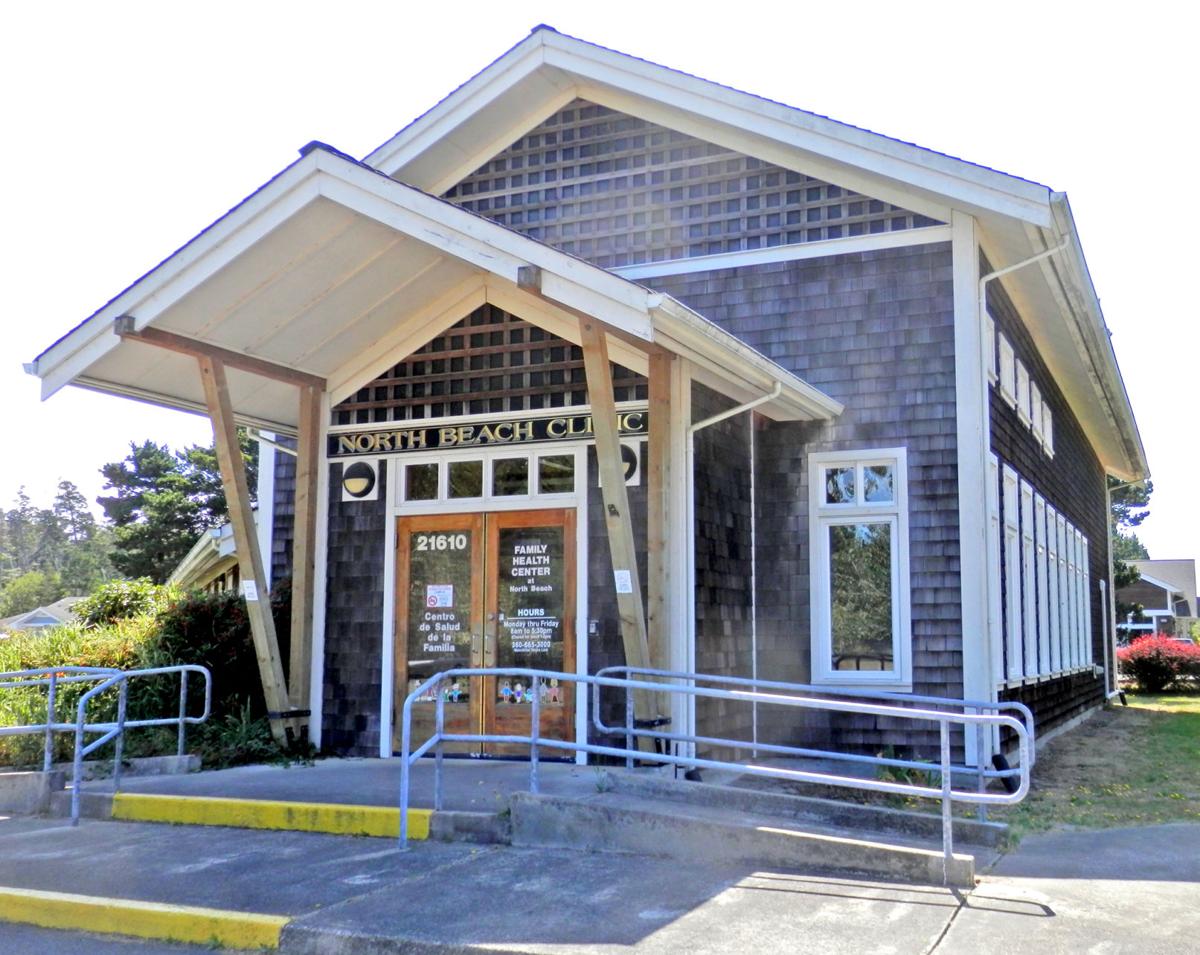 The Family Health Center at Klipsan will be the focus on the syringe exchange program on the Long Beach Peninsula. The goal is to enhance the health of intravenous drug users while encouraging them to seek treatment to stop using.

KLIPSAN — A new health service is being introduced to help one of the most vulnerable communities on the Long Beach Peninsula.

The anonymous and confidential service is available at the Family Heath Center at North Beach (often known as the Klipsan Clinic).

Although it is not a county-funded program, clinic managers have the support of the Pacific County Health Department.

Its goal is to try to reduce the number of residents addicted to heroin and methamphetamine while offering a safe way to dispose of potentially contaminated needles that might otherwise be discarded on beaches or in other public places.

• Reducing the number of people suffering from blood-borne diseases like Hepatitis and HIV;

• Increasing the enrollment of IV drug users in treatment programs;

• Distributing naloxone kits, an emergency medicine that can reverse an overdose;

• Reducing the number of contaminated needles left in public places.

‘They are hard to serve and hard to reach. But these are people who really need the help.’

Public health advocates want to lower the high rates of blood-borne diseases while reducing overall community medical costs. “They are a greater cost because of their health problems,” she said.

She pointed to successes tracked since Clatsop County’s needle exchange program, which began in October 2017. Staff have distributed and received more than 400,000 needles from 192 participants.

Treatment for endocarditis, a serious blood ailment often caused by skin infections, can cost more than $50,000 if a hospital stay is required.

The county’s hospitals have noted a decrease in abscesses as a main reason for admittance. And Clatsop public health staff have distributed 458 overdose reversal kits and report 72 lives saved.

The Klipsan program is available for drop-ins from 2 to 4 p.m. on the second and fourth Thursdays of the month

Participants must bring in used needles to receive new ones. They can exchange up to 100. For everyone’s safety, the used syringes must be inside a puncture-proof container.

Attendees can also receive a kit containing naxolone, more commonly known by its brand name Narcan. The medicine has a track record of saving lives of people when breathing problems or unresponsiveness signal a possible overdose.

Behavioral health counselors are made available for users who want to seek treatment for their addiction.

Jim Coffee, deputy director of the Cowlitz Family Health Center, which operates the clinic at Klipsan, is enthusiastic about the potential results.

His agency, which receives grants and some government money to help fund its operations, operated an identical program on behalf of Cowlitz County Health for seven years until county commissioners voted to halt support. When that happened, two years ago, the Cowlitz Clinic simply continued it.

Coffee directly administers the program and sometimes works hands-on with medical colleagues as the point of contact. In some cases, people bring in the syringes for a family member.

“When I started working on this problem two years ago it was a very definite learning experience for me. I had never been around IV drug users,” said Coffee, who has had a lengthy career in health.

“There’s a big place in my heart for these people. This is a really, really loving community of people who absolutely take care of their own. They are respectful and understand that we are trying to help them.”

Some clients show up every week, others just a few times a year. Coffee and other staff always offer medically assisted treatment to help them quit using drugs.

“We ask them every time we come through,” he said, noting his clinic has helped about 800 people. “It was a slow start to get people to go to treatment. We have had 60 over a two-year period going to treatment.”

Lindstrom is upbeat about the exchange.

“It’s not our program, but it’s something we support,” she said.

“It’s all about harm reduction. The side effects of these public health programs are really positive for the community — fewer needles around.”

For Coffee, there is an additional personal satisfaction.

“When I drive home Friday night, I feel I have really accomplished something. I am grateful that I was able to help even one person.”