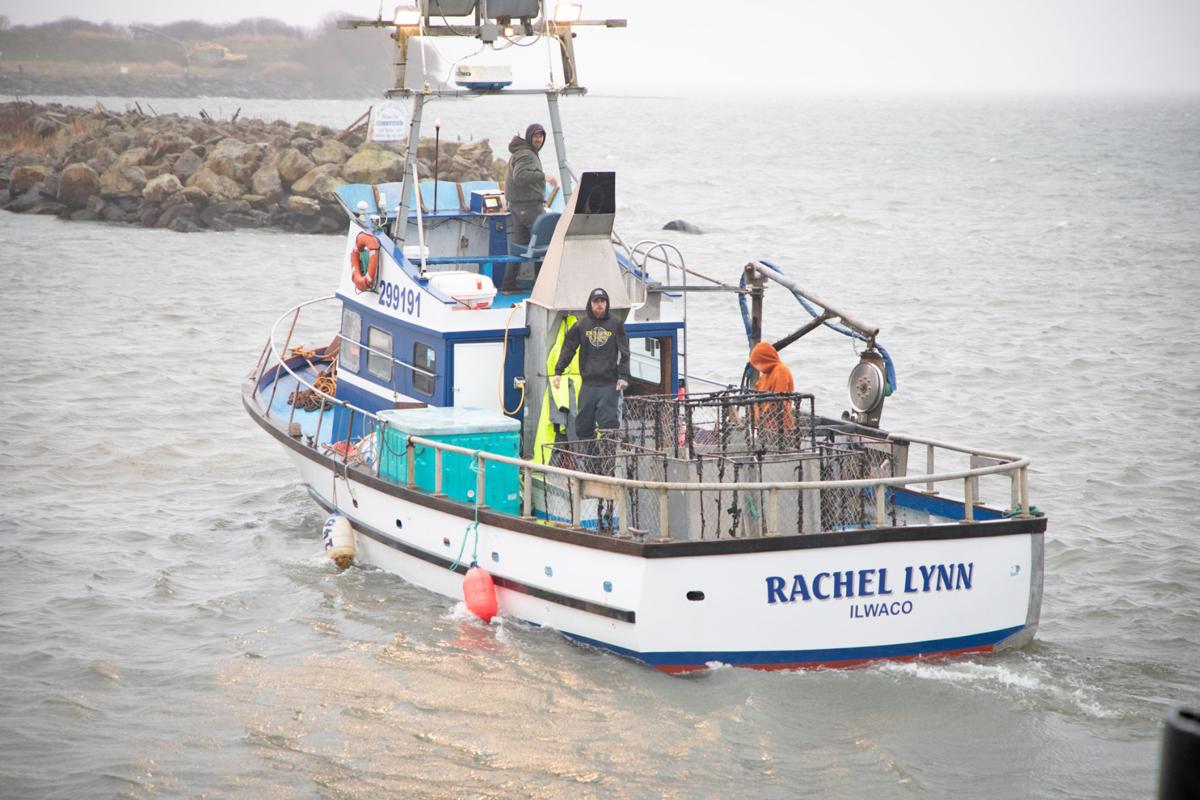 The F/V Rachel Lynn heads to the port after unloading crab at Ilwaco Landing in January 2020. 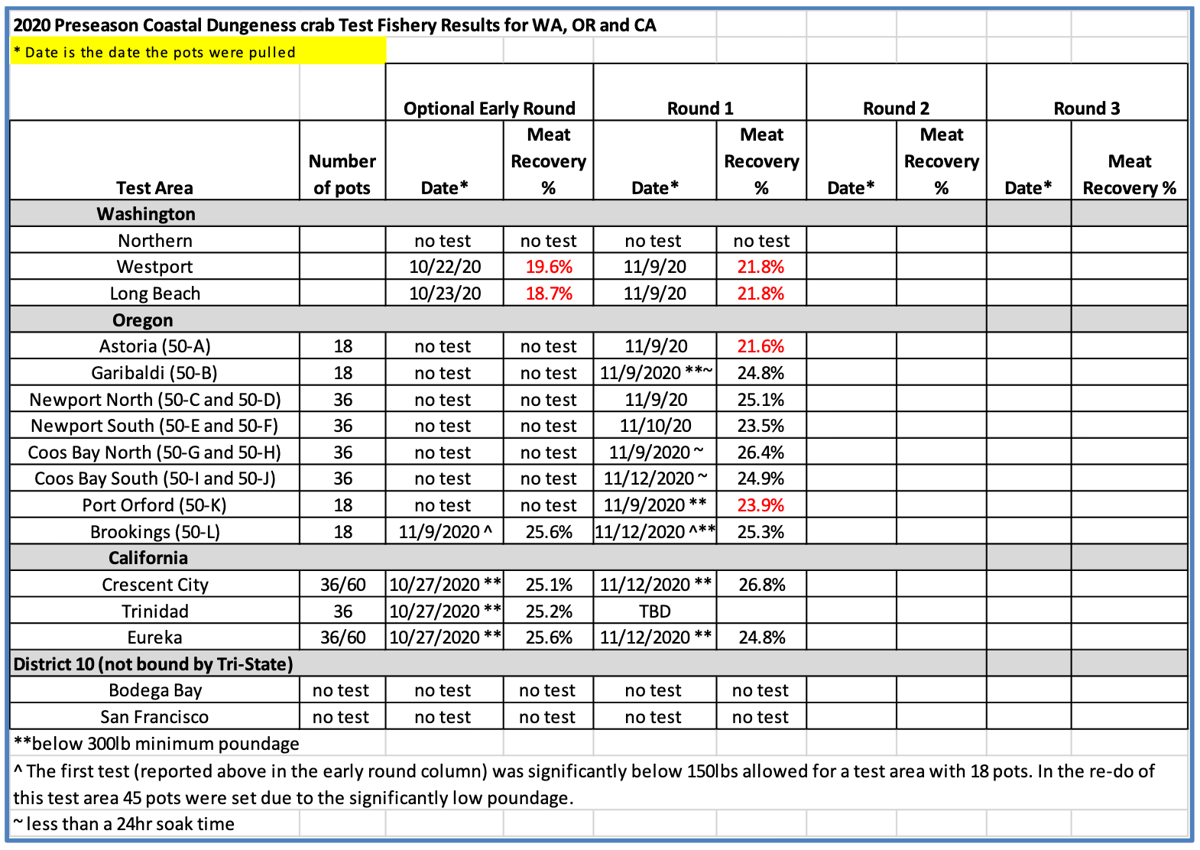 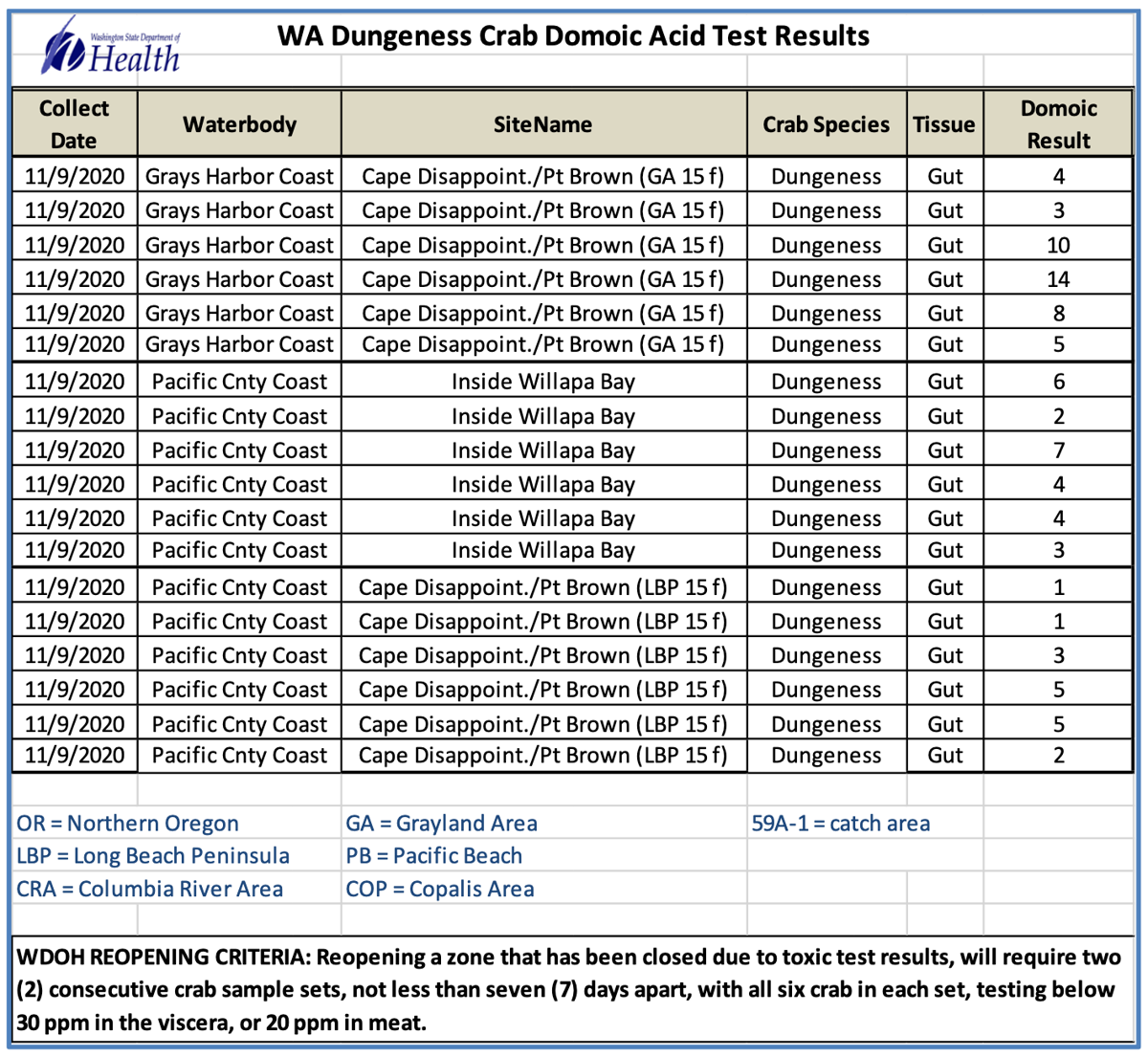 The F/V Rachel Lynn heads to the port after unloading crab at Ilwaco Landing in January 2020.

ILWACO — Dungeness crab are putting on meat but not fast enough for the commercial season to begin on its traditional Dec. 1 date.

Coastal Dungeness Crab Tri-State policy representatives agreed on Nov. 18 to delay the opening until at least Dec. 16 from Northern California to the U.S.-Canada border.

Tri-State Dungeness Crab Pre-Season Testing Protocols specify that after the first round of testing, if any area does not meet the minimum meat recovery criteria (23% north of Cascade Head and 24% south of Cascade Head) a delay is required and additional testing is required before a season opening date can be confirmed.

Crab on the south Washington coast from Westport to the Columbia River tested at 21.8% meat recovery on Nov. 9. This was a considerable improvement since Oct. 23, when Long Beach Peninsula crab tested at 18.7% and Westport at 19.6%. In addition, Clatsop County crab tested below standard at 21.6% on Nov. 9. On Oregon’s south coast, Port Orford crab just missed the 24% threshold.

The Tri-State protocol also recommends that each test site should have at least 300 pounds of sample crab. Garibaldi, Port Orford, Brookings, Crescent City and Eureka failed to achieve this test abundance level.

There was some good news, with domoic acid marine toxin in crab guts well below the safety threshold of 30 parts per million.

A second round of both meat recovery and domoic acid testing is scheduled for early December.

Washington’s most lucrative commercial Dungeness crab area from Klipsan Beach south to the Columbia has opened on its traditional Dec. 1 date in only seven of the past 20 years, most recently for the 2014-15 season.