The Appelo Store in Deep River once was a key asset for the rural community in western Wahkiakum County. 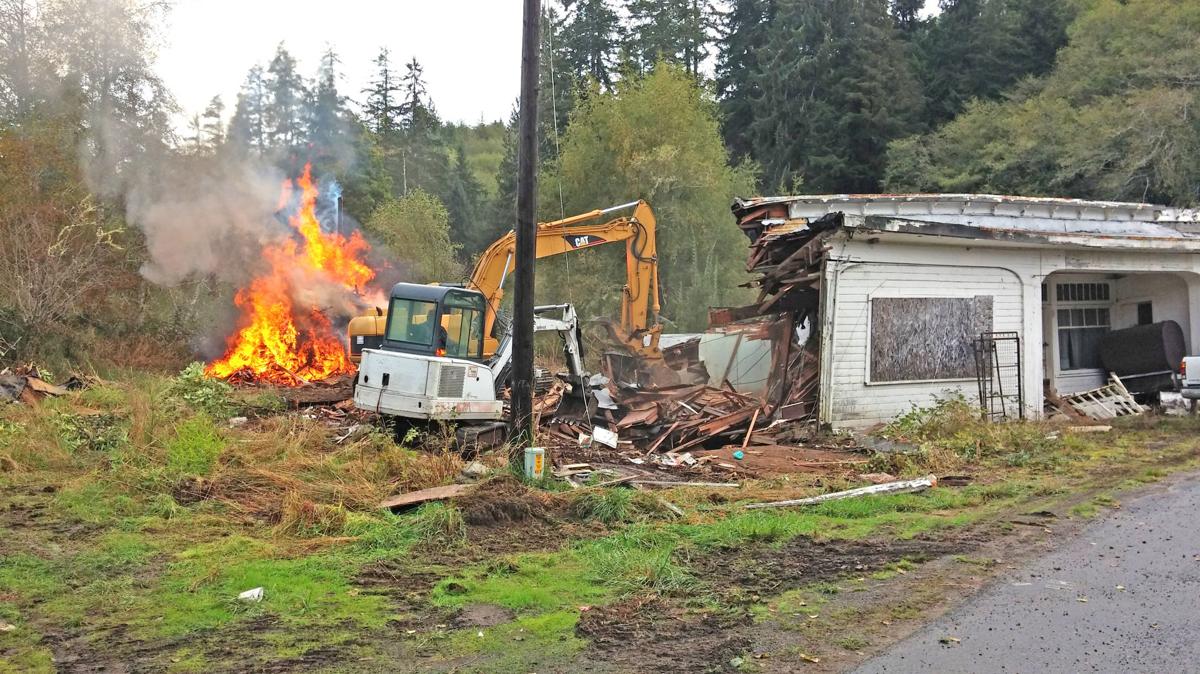 The Appelo Store in Deep River is no more after being demolished and partially burnt. Once the center of a small commerical center, the store was founded about a century ago. 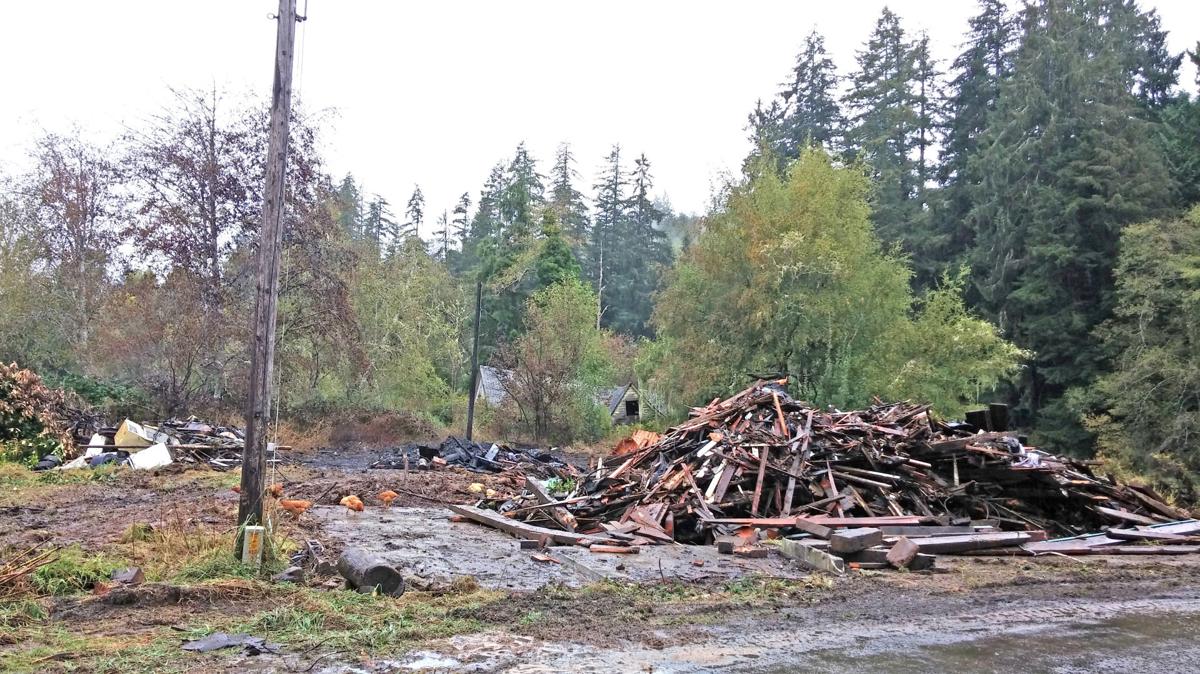 A pile of charred lumber is all that now remains of the Appelo Store.

The Appelo Store in Deep River once was a key asset for the rural community in western Wahkiakum County.

The Appelo Store in Deep River is no more after being demolished and partially burnt. Once the center of a small commerical center, the store was founded about a century ago.

A pile of charred lumber is all that now remains of the Appelo Store.

DEEP RIVER — On Friday, Oct. 7, the last vestige of commerce was demolished in the once thriving community of Deep River. The Appelo store, originally purchased from Emil Harju in early 1919 and in operation until the mid 1970s, was torn down. During its life, the store had housed a post office, a telephone company, an insurance agency and a barber shop as well as retail sales of groceries and household items.

Although the store had not been used in many years and was considered an eyesore by many local residents, there was still a feeling of the end of an era as the last wall of the building was brought down. Those who came by to witness the demolition expressed mixed emotions — sorry to see it being destroyed and, at the same time, happy to see the dilapidated building being cleared out.

During its heydays, Deep River, originally known as “the Forks,” was an important center of activity with two stores, a church, a school, a post office, a hotel, a theater, a pool hall, a dance hall and, a log dump for logs hauled by train and later by trucks. The river served as a platform for logs to be formed into rafts and facilitated their travel by water to mills. The river also made early Deep River a transportation center with watercraft such as the General Washington ferrying passengers and goods to and from Astoria and other population centers.

By the fifties, changes in demographics and the rise of other population centers better situated to take advantage of improved land transportation began to have its effect on businesses in Deep River. By the early seventies, business in Deep River was limited to the log dump used by Crown Zellerbach, the post office, C.A. Appelo’s insurance agency and the store which was only open on a limited basis. In the mid-70s, Appelo closed the insurance office and the store. The post office was closed and residents in the Deep River area were switched to the Naselle post office. The church building was moved a short distance and converted into the American Legion Post. The log dump ceased operation when Crown Zellerbach closed their logging operations in the mid 80s.

With the demolition of the Appelo store, all that now remains of the once bustling town of Deep River is the American Legion Post and three houses that are currently occupied — or four houses, if George Mikkola’s vacation float house just below the bridge is included.

The demolition was not without some controversy. As the store was being pulled apart by excavator, the wood waste was placed into a burn pile and set on fire. Reportedly, a county employee witnessed the fire and contacted the fire marshal to see if the proper burn permit(s) were on record. It was determined no application had been made for the necessary permit(s). The county fire marshal, Chuck Beyer, had the dispatcher tone out Fire District 3 to extinguish the fire. Two fire trucks along with a number of volunteer firefighters responded to the call. According to assistant fire chief, Kevin Maki, some 40,000 gallons of water were used to put out the fire.

“With a pile like that, it’s almost impossible to completely put out the fire,” said Fire Chief Rob Maki. “If we had a way to spread the pile out, we could have thoroughly extinguished it.”

Chief Maki might have requested Josh Wall, the operator of the large excavator belonging to contractor, Johnson and Sons, to pull the pile apart. However, issues of liability, in the event the excavator was damaged or the operator injured, created a significant roadblock for such a request.

As expected, the pile re-ignited later in the afternoon and firefighters from FD3 responded a second time around 6 p.m. This time, reportedly applying some 4,000 to 5,000 additional gallons of water on the fire.

Erik Appelo was operating a mini-excavator extracting usable timbers exposed during the demolition. When asked about the lack of the necessary county burn permit, Appelo indicated a belief it was the result of a miscommunication with the county.

After the initial visit of the firefighters, the contractor and Appelo continued to tear the store down, this time creating a large pile of materials separate from the burn pile. In the end, a small number of boards ended up in the river. When concern was raised they had the potential to damage the tide gates, a Deep River resident and commercial fisherman said he would use his boat to gather them up.

With burning seemingly off the table, Appelo will now have to determine how best to eliminate the waste from the demolition and complete the clean-up of the site.