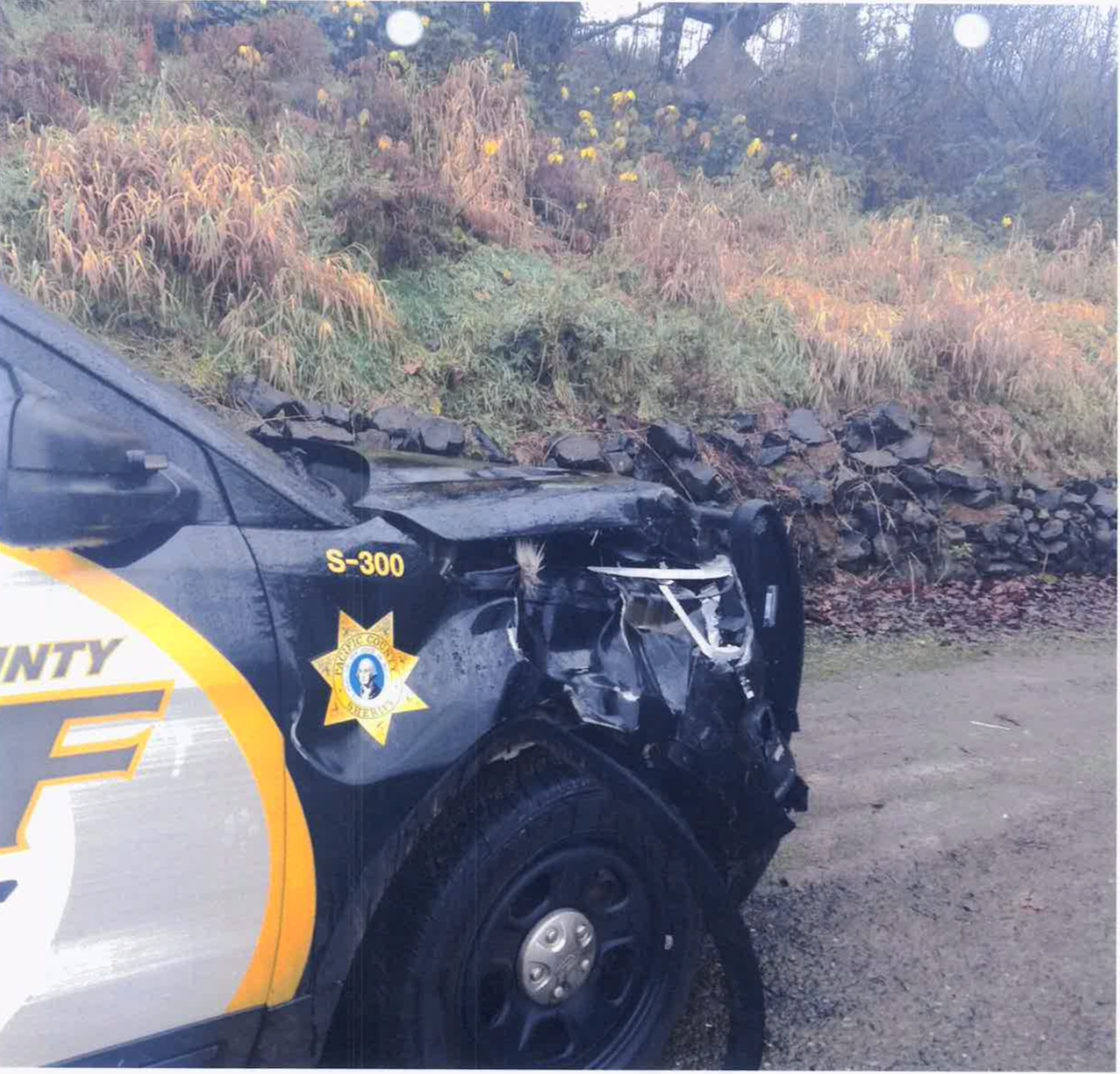 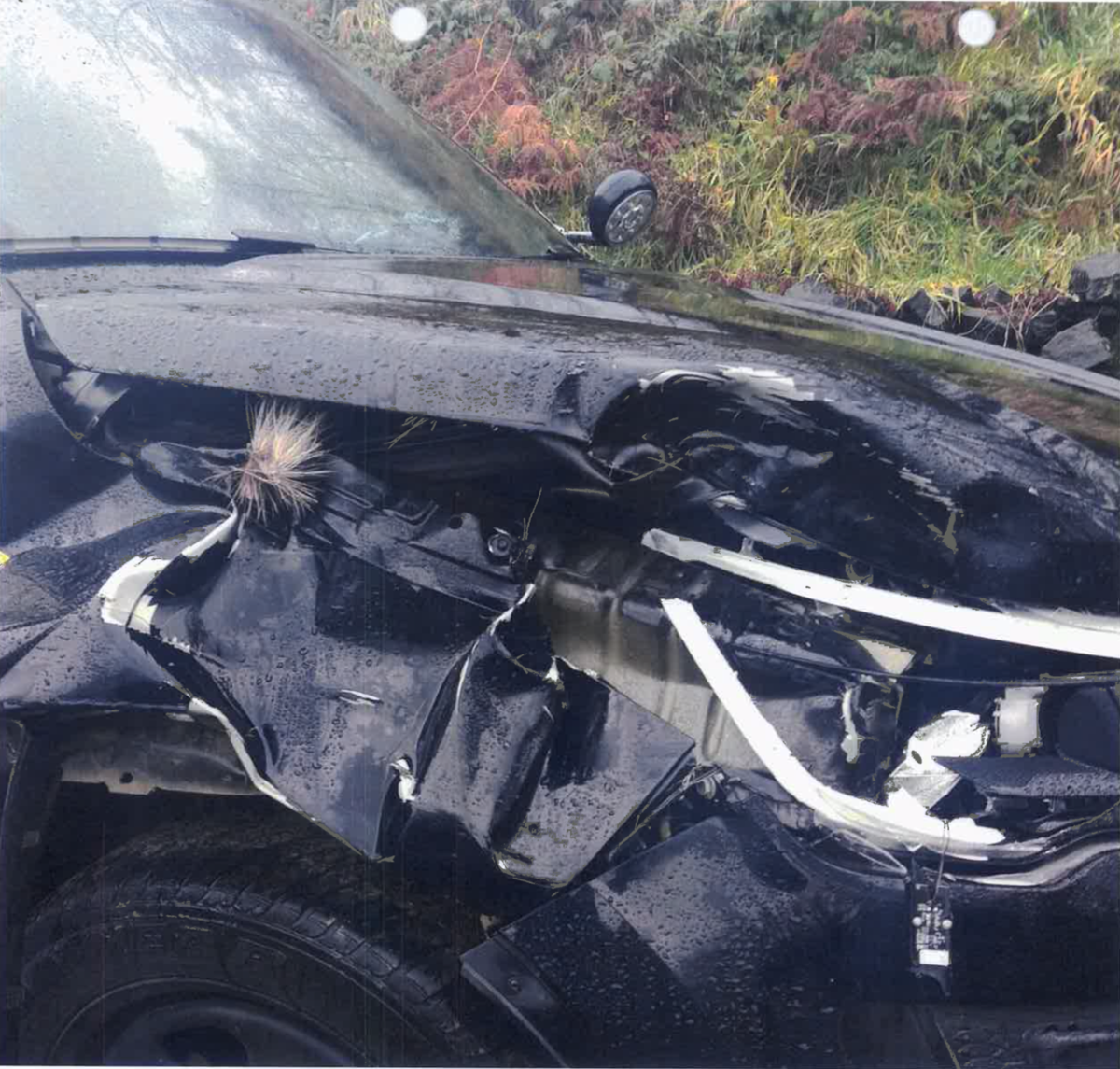 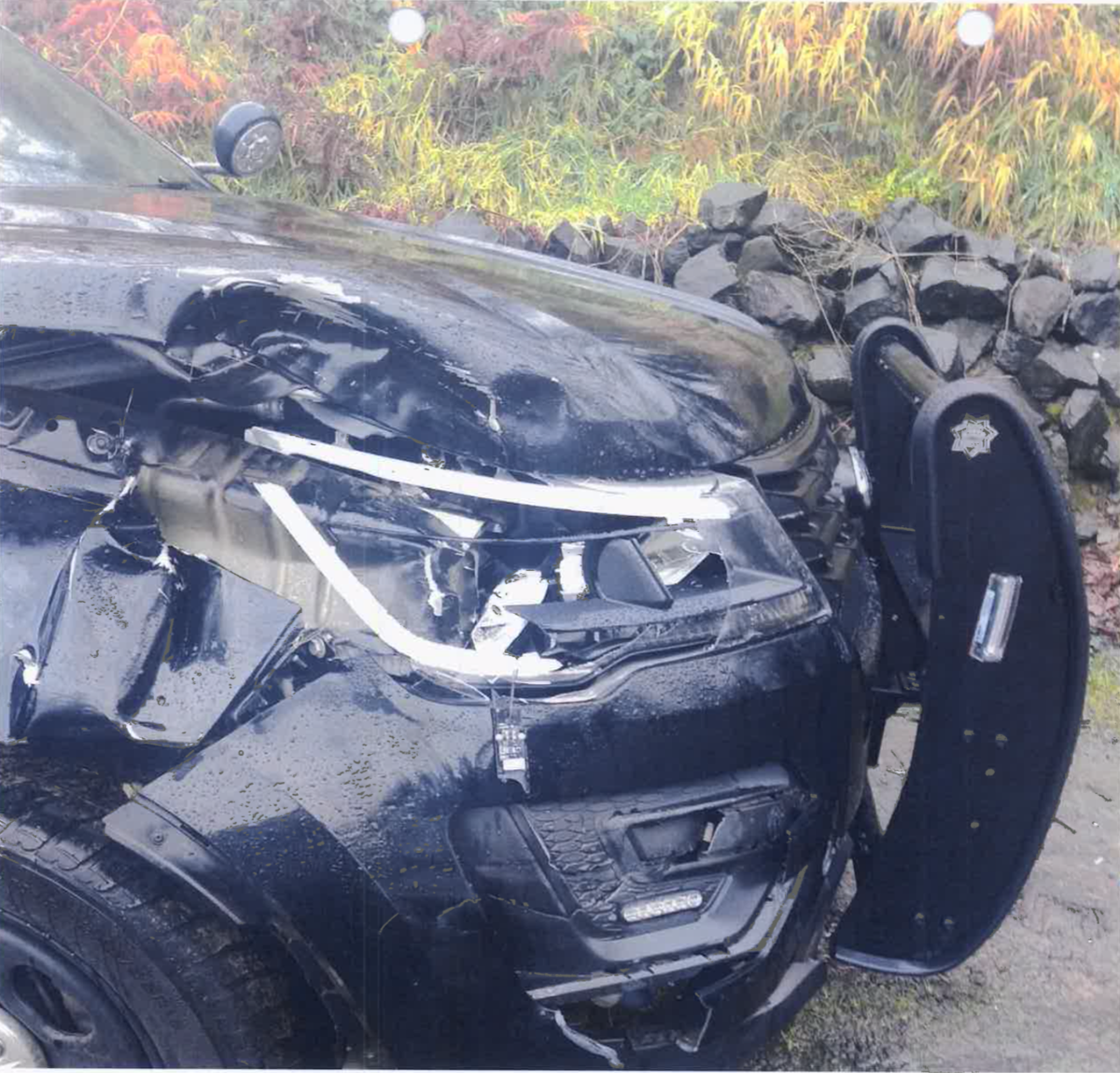 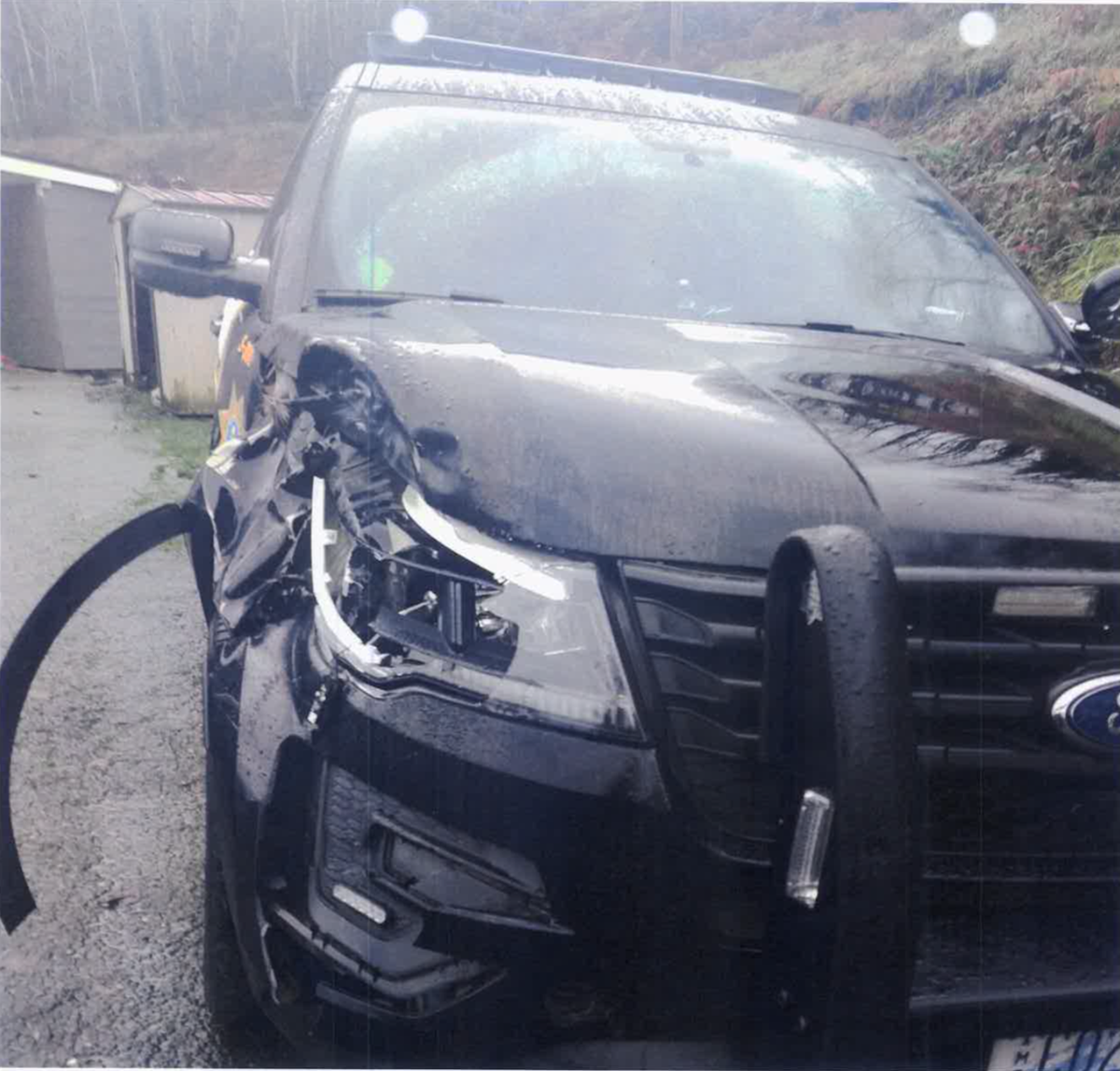 The deputy was not injured and the elk ran away after being hit, according to Chief Criminal Deputy Patrick Matlock.

The crash happened at about 1 a.m. on U.S. Highway 101 near Bay Center. Deputy Jesse Eastham was in a 2017 Ford Explorer going about 79 mph when his car hit the elk. In his employee statement, Eastham said weather did not contribute to the crash. He was on duty and in uniform at the time, but was not responding to a call, Matlock said.

“An elk jumped out of the bushes and onto the road, the elk was centered to my hood/car,” Eastham wrote. “I swerved and it landed on the front right fender damaging fender, bumper and hood.”

Sgt. Jon Ashley wrote on the report Eastham was being unsafe when the crash happened. Eastham’s high speed meant the car needed longer to stop and gave the deputy less time to react to the elk. The area Eastham was driving in is known for elk on the highway at night, Ashley wrote.

Sheriff Robin Souvenir said his sergeants would address Eastham’s speeding and there is a process for disciplining a deputy in situations like these.