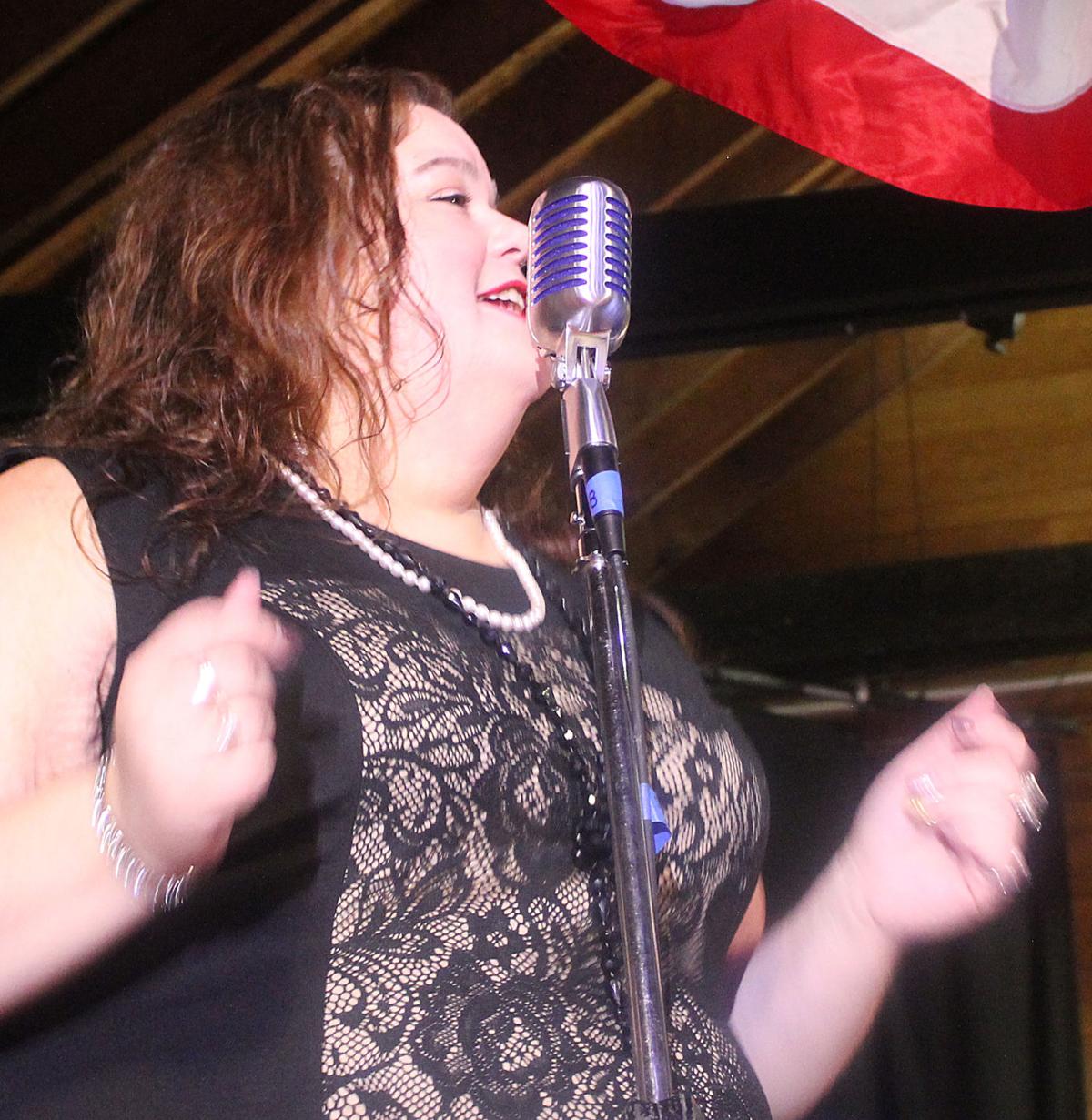 Busy Grays Harbor County musician Tiffany Maki said the Dukes of Swing like traveling to Chinook for the annual PAPA show because of the appreciative audience.

The one time band members speak? During “Pennsylvania 6-5000,” of course. Younger readers may need to look that up or ask a mature relative. 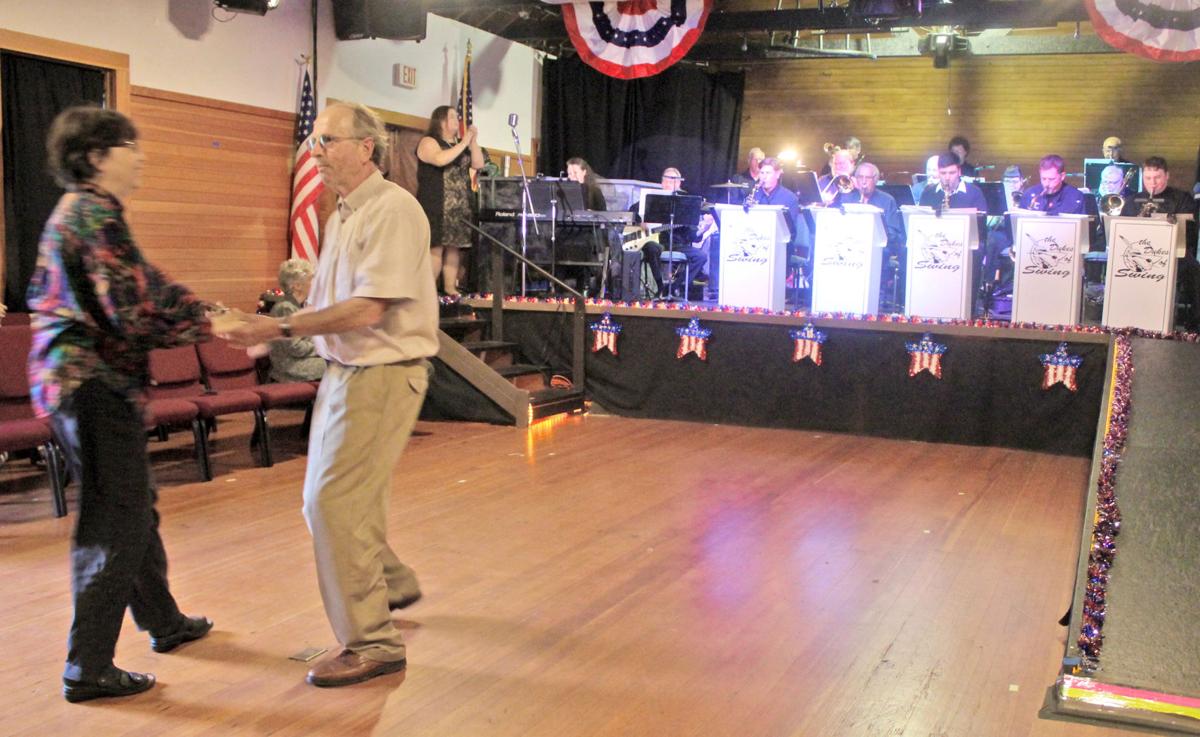 Dancing was on the agenda at the Fort Columbia State Park theater Saturday when the Dukes of Swing performed during the annual big-band era concert hosted by the Peninsula Association of Performing Artists.

CHINOOK — For Margaret Wills of Astoria, the music was a trip down memory lane. She spent an evening out with her friend, Dave Kuchler of Hammond, enjoying big-band era music.

The two were among those attending a patriotic concert Saturday featuring the Dukes of Swing.

“It brings back memories from my childhood and my teenage years,” Wills smiled. “We used to go to dances at Jantzen Beach and hear the music of Tommy Dorsey and Benny Goodman. I know all the words to these old songs.”

‘It’s seeing the joy on the audiences’ faces.’

The annual event at the Fort Columbia State Park theater in Chinook is hosted by the Peninsula Association of Performing Artists.

The group, which stages a large-scale annual summer musical there, rearranges the front-facing theater seating once a year to encourage dancing. Long Beach Peninsula and Astoria restaurants donate food.

The number of dancers on the floor varied as the early evening show progressed, but the applause was always long and warm, notably for two vigorous tenor saxophone solos by Brad McNeill and Steve Roseborough. And the band, which is based at the Aberdeen Elks Lodge No. 593, appeared to be having fun, too.

“This is always one of our most appreciative audiences,” said Norm Fosburg, who started with the group in 1955, playing in high school even before he joined the Elks. “I have played the horn all my life.”

The group’s leader is Tiffany Maki, who also conducts the 50-member Grays Harbor Community Concert Band and is vocalist with Tiffany Maki and the Mellow Tones.

She is eloquent describing why she likes the big-band style of the Dukes, many of whom are decades older than her. “I just like the sound of it, and I like the reaction when we play of the people who lived it,” she said. “It’s seeing the joy on the audiences’ faces.”

She grew up listening to older family members play Glenn Miller tunes. “We have all heard ‘In The Mood’ and identify with it,” she said.

Penny Ripley from PAPA thanked the band and local restaurants which donated food. She said the money raised Saturday will benefit the Legion’s year-round efforts to assist area veterans; the amount will be announced later.

Ron Robbins, past commander of the Don. R. Grable American Legion Post No. 48 in Ilwaco, attended and was acknowledged.

Wills and Kuchler enjoyed the trip across the river to attend — except for a small matter of the pace of the dance music.

“It’s a little fast for me,” Kuchler laughed.