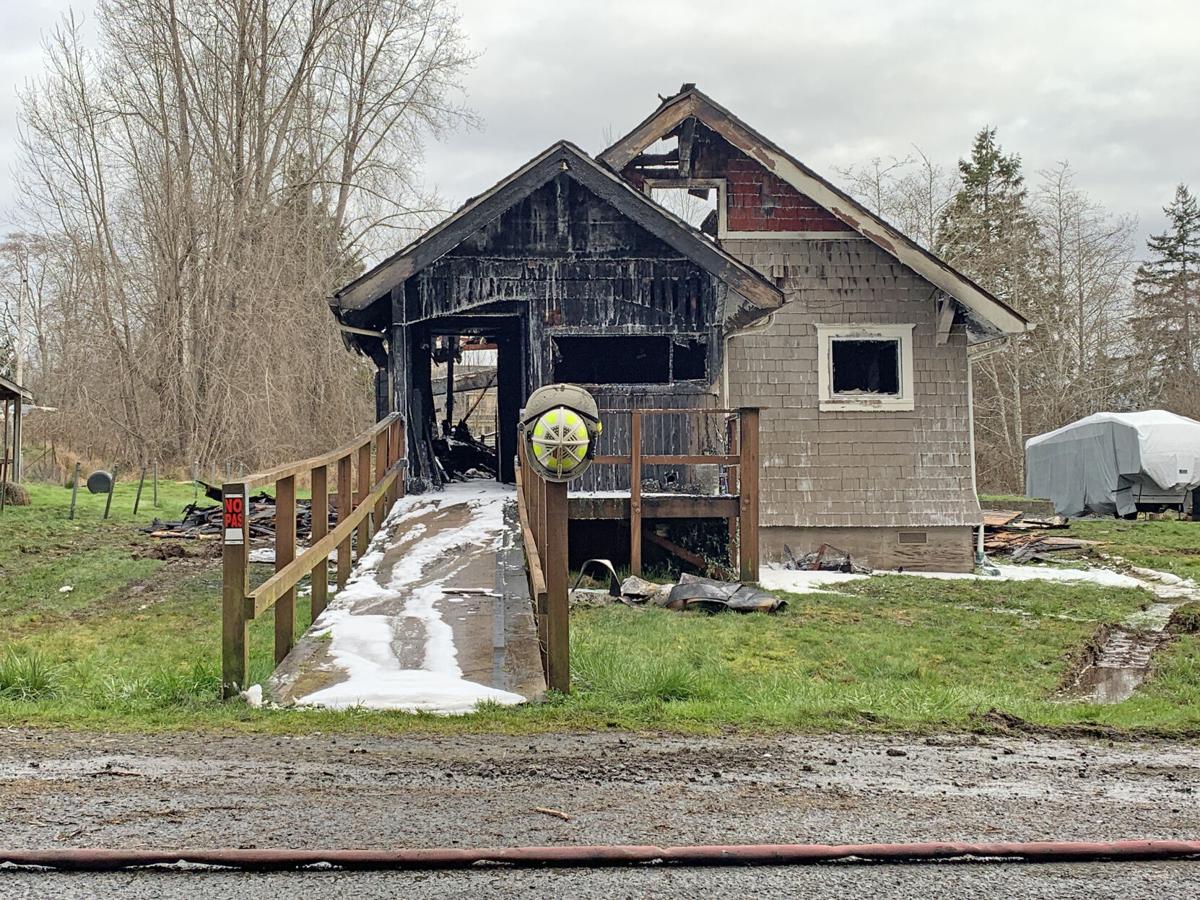 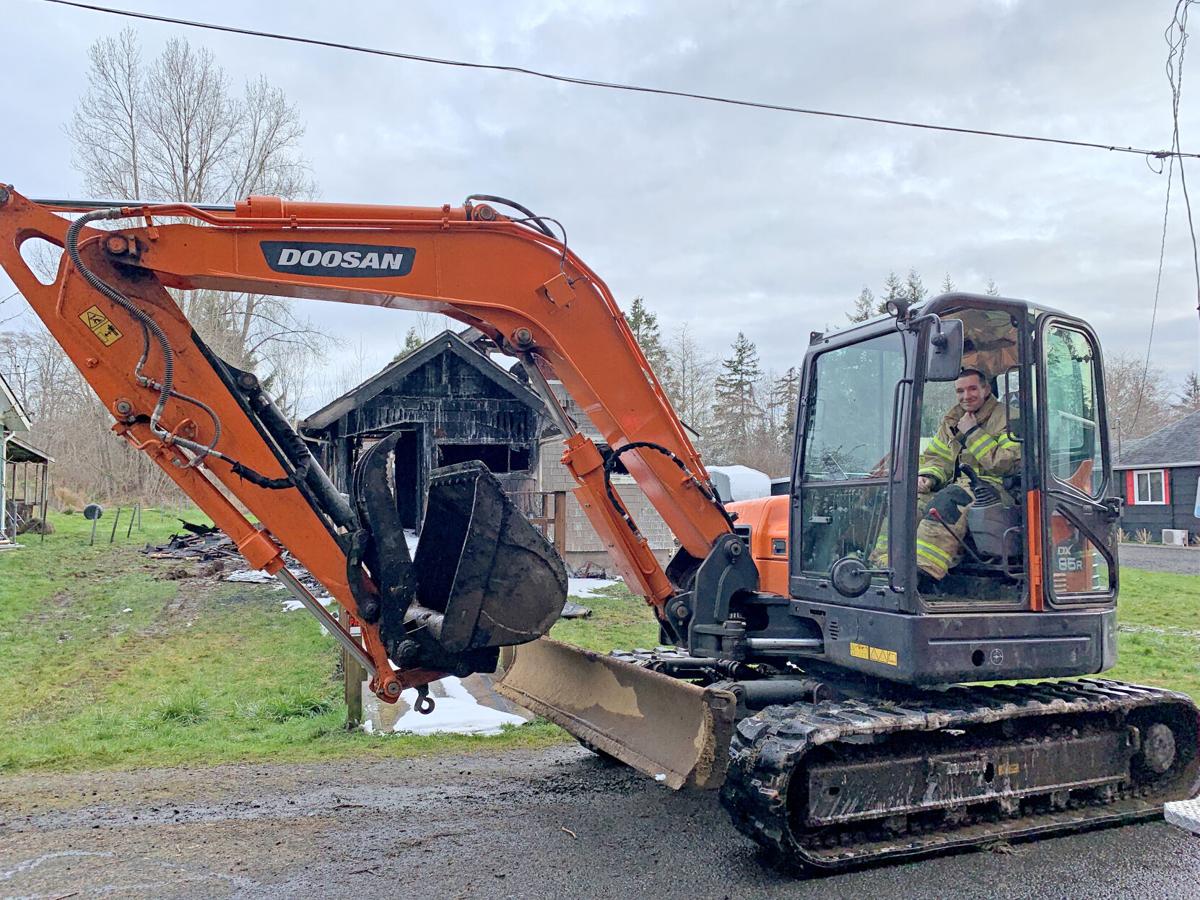 RAYMOND — Four people escaped injuries during an early morning house fire at 435 Weaver Avenue in Raymond on March 4 at around 5 a.m. The fire kept firefighters on their toes for most of the morning and presented a unique challenge.

“Dispatch got a call this morning and said that the house was totally involved, and all of them got out of the house,” PCFD 3 Chief Gary Schwiesow said. “Right now, the Red Cross is helping [the family] find a place.”

Ashley Construction was asked to bring an excavator in to assist firefighters because the roof of the home was caving in, putting a nearby house at risk of damage and preventing firefighters from initiating an interior fire attack. The excavator pulled the roof apart in a controlled manner for firefighters to extinguish.

Fire crews remained on the scene for just over three hours, making sure the fire was extinguished entirely and wouldn’t rekindle. The cause of the fire is unknown, but PCSO Fire Investigator and Sgt. Jon Ashly responded to the home during the fire and took aerial photos of it with his drone to investigate the fires’ cause.

Scwhiesow mentioned other than the issue with the roof, it was a reasonably routine fire response, and he credits his crews and all the assisting fire departments for their help. All three agencies have a mutual aid agreement to respond to each’s significant incidents.