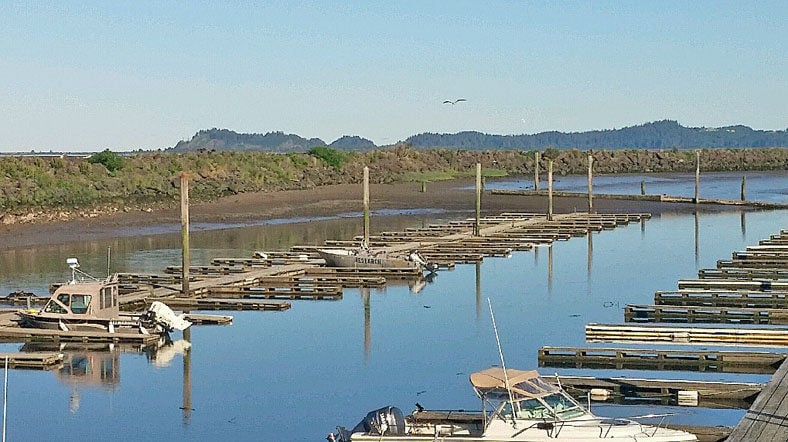 The Port of Chinook's mooring basin is in dire need of routine dredging, much it having become unusable at low tide. 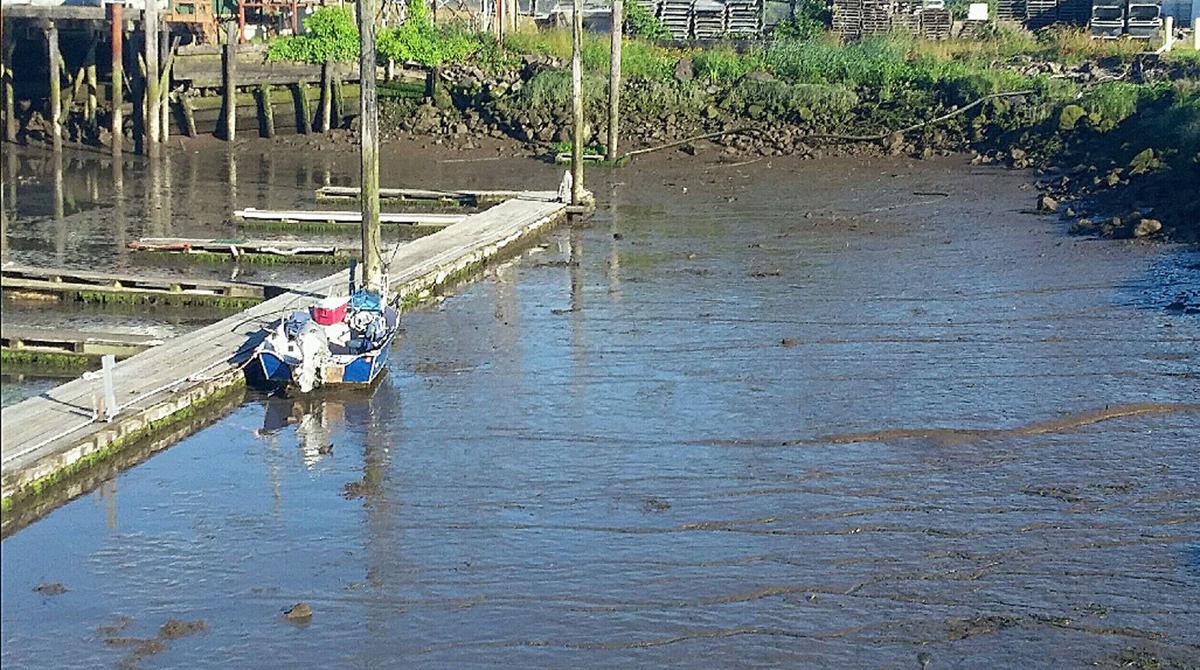 Government funding is key to maintaining local port facilities, including the Chinook marina.

The Port of Chinook's mooring basin is in dire need of routine dredging, much it having become unusable at low tide.

Government funding is key to maintaining local port facilities, including the Chinook marina.

The fiscal year 2017 U.S. Army Corps of Engineers work plan was announced on May 24, 2017, and included funding to maintain critical navigation infrastructure near the Ports of Ilwaco and Chinook. The navigation channels leading from the Columbia River into the ports are federally authorized and, depending on funding, maintained by the U.S. Army Corps of Engineers. The entrance channel into the Port of Ilwaco received $2.459 million and the Port of Chinook entrance channel received $1.2 million, for a total of $3.659 million going to support safe, reliable access to the Columbia River and Pacific Ocean for these communities. Dredging is expected to take place in both locations in August and September this year.

In addition to this funding, the Trump administration proposed $1.809 million to dredge the Ilwaco entrance channel in 2018, a big win for the project to receive this level of support. Both port districts continue to operate under an interlocal agreement where Ilwaco provides inclusive management to Chinook. The agreement between the ports has been in effect since Jan. 1, 2016.

Funding for this maintenance dredging comes from the Harbor Maintenance Trust Fund, a program established in 1986 by Congress to fund dredging and jetty repairs at coastal navigation projects throughout the U.S. The trust fund is supported by the Harbor Maintenance Tax which is levied on the value of imported goods and raises approximately $1.5 billion annually. Recent legislation ensures small ports like Ilwaco and Chinook collectively receive 10 percent of expenditures from the fund. This “set aside” was temporarily passed in 2014 and made permanent last year.

From 2014-2016, over 440,000 cubic yards of dredge material has been removed from the channels leading into each port, at a combined cost of $5.6 million. Port staff credits the success of ongoing channel maintenance to a good working relationship with the Portland District of the U.S. Army Corps of Engineers, and sustained advocacy by Members of Congress from the Pacific Northwest, including Washington state Sens. Patty Murray and Maria Cantwell, and U.S. Rep. Jaime Herrera Beutler, who represents Washington’s 3rd District.

The frequency of maintenance dredging in the Ilwaco channel has increased in recent years. When maintenance dredging takes place this summer, it will be the second round this year following emergency work completed in April to maintain adequate depth for commercial and recreational fishing vessels. Unstable conditions on the outer portion of the Ilwaco channel are thought to be from deterioration of the pile dike system along the shoreline of West Sand Island. Pile dike structures consist of alternating timber piles supported by a horizontal spreader and are meant to help passively manage sediment in the river. The Sand Island pile dikes were constructed by the U.S. Army Corps of Engineers in the mid-1930s to stabilize the north shore of the Columbia River. Over time, the pile dikes have become detached from Sand Island leading to destabilization and less scouring of the bottom of the channel as originally intended. Without scouring and stabilization the sediment lands in the navigation channel, impeding the ability to safety transit to and from the Port of Ilwaco.

Commercial seafood tonnage and “off-ship value,” the value of the seafood landed and paid to the fishermen before processing, are critical factors used by the Corps of Engineers when prioritizing funding for navigation projects nationwide. In 2016, Ilwaco and Chinook collectively landed almost 18 million pounds of seafood valued at over $28 million. In addition to this direct off-ship value landed by fishermen, indirect economic benefits extend to hundreds of local family wage jobs tied to the commercial fishing industry. A 2014 Brookings Institute study labeled Pacific County as the fourth most fishing-intensive local economy in the nation. Dredging would be more difficult to achieve without the contribution of commercial fisheries, fishermen at the Ports and the upland businesses buying and processing commercial seafood. In addition to commercial fishing activity at both ports, there are thousands of recreational and sport fishermen who utilize the Port of Ilwaco and Port of Chinook annually. The contribution of both commercial and recreational fisheries are important to sustaining Port operations at both Ports and the regional economy.

Maintenance dredging is also important for the U.S. Coast Guard. Station Cape Disappointment is located along the Ilwaco channel where station crewmembers respond to 300 to 400 calls for assistance every year. The station’s heaviest workload occurs during the months of early June through mid-September, when an abundance of recreational boaters transit the Columbia River entrance in search of salmon, albacore tuna and bottom fish among other species. In addition, the Ilwaco entrance channel provides access to the Port of Ilwaco boatyard, the only self-service public boatyard on the Pacific Coast of Washington State, with over 250 vessel haul-outs performed annually.

The ports will continue working with federal, state and local partners to advocate for improvements to critical navigation infrastructure and maintenance dredging. Beyond economic benefits, the coastal communities in Pacific County are identified by water access and their working waterfronts. Ongoing advocacy by the ports will be needed into the foreseeable future as their projects compete for funding with other small ports nationwide.