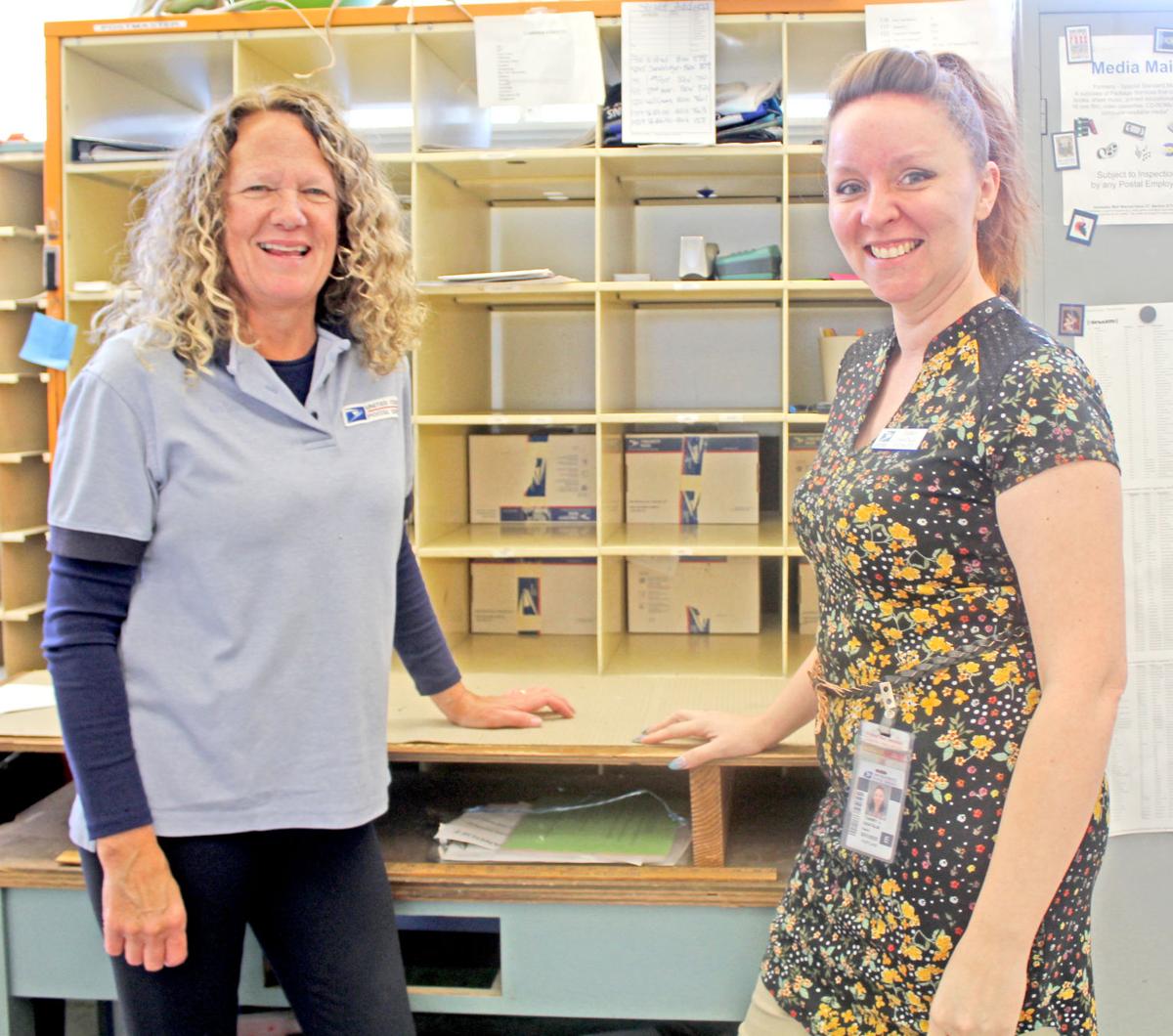 Tammy Haataja, right, interacts with colleague Julie Carriere at the Ilwaco Post Office. Haataja, a former clerk in Naselle, is the new postmaster in Ilwaco and Chinook. 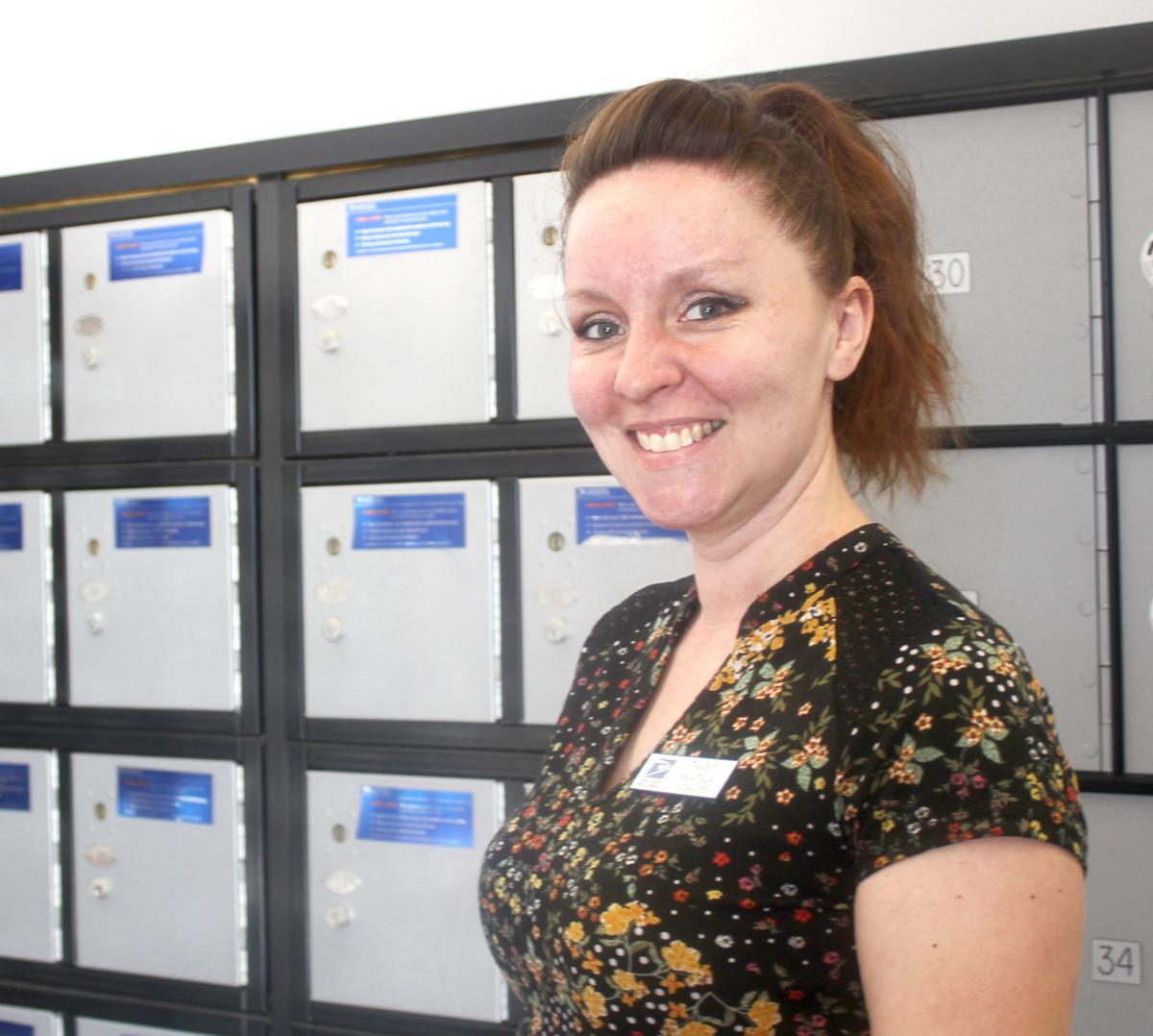 Tammy Haataja is the new new postmaster in Ilwaco and Chinook.

Tammy Haataja, right, interacts with colleague Julie Carriere at the Ilwaco Post Office. Haataja, a former clerk in Naselle, is the new postmaster in Ilwaco and Chinook.

Tammy Haataja is the new new postmaster in Ilwaco and Chinook.

ILWACO — Tammy Haataja is the new postmaster in Ilwaco and Chinook.

She takes over from James Wills, who retired this summer.

Postal customers have noticed changes in the ambiance since Haataja took over in September. The lobby was decorated for Halloween and will soon be decked out for Thanksgiving, then Christmas.

“It makes it more personable and inviting,” she said. “People have come in and said ‘Wow!’ It definitely is different.”

‘We try to help people as much as possible.’

Haataja is a 2001 graduate of Naselle High School. Her mother, Sherry Johnson, a postal carrier, was among those who encouraged her to travel to Portland to take the Postal Service employment exam.

She started as a clerk in Naselle 11 years ago and credits longtime postal manager Rudy St. John with her rise to a key leadership role. “He mentored me from day one. He literally said, ‘Let me show you everything, because you will be running the office one day.’ He taught me things that I didn’t need to know as a clerk — but there are many things that I remember.”

Five years ago, she qualified as a career employee and became eligible to train and apply for the top job. The past year she spent commuting to Rainier, Ore., to learn the Postal Service’s computer systems while awaiting a suitable opening.

“It is always important to make sure customers get their mail and their packages,” Haataja said. “We try to be as efficient as possible in that aspect.

“We try to help people as much as possible. There is no ‘stupid’ question. If the clerks don’t know and I don’t know I can ask supervisors and get the answer to the customer.”

Postal operations have changed in recent years. When email became an established method of communication, many observers predicted fewer letters would be mailed. But at the same time, internet shopping — spearheaded by Amazon.com — has meant significant extra parcel business for postal staff to handle.

Haataja says the postal service has partnerships with United Parcel Service, Fed-Ex and Amazon shipping services. “We deliver the ‘last mile,’” she said.

Haataja and colleagues are gearing up for the reality of their busiest season. Black Friday, the day after Thanksgiving, signals its beginning. “It’s about a two to three-day turn-around and then we are ‘go-go’ through New Year’s.”

Haataja lives in Naselle. Her husband, Jeff, is a longtime employee at the Port of Ilwaco. She has been a Girl Scout leader for seven years and their daughters, Nancy, 13, and Paige, 11, are members.