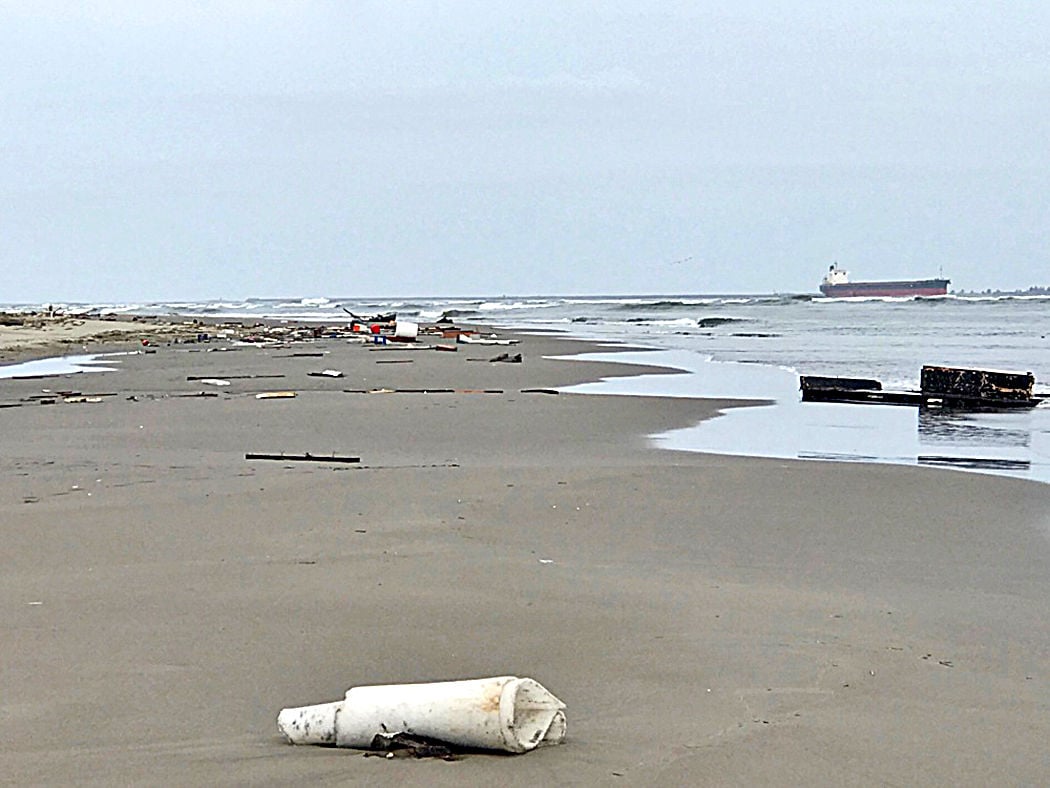 Wreckage from the Ilwaco fishing vessel Theron washed ashore on Clatsop Beach at the north entrance to the Columbia River on Monday. 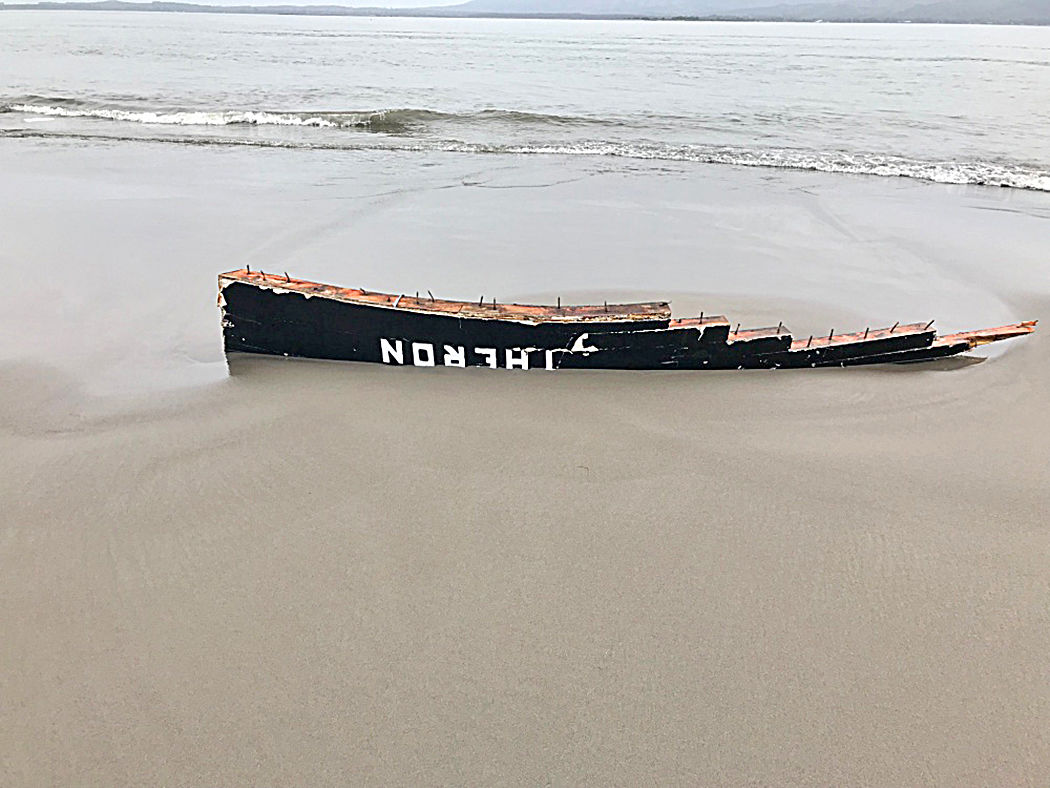 Debris from the Ilwaco-based fishing vessel Theron washed up on a beach along the northern side of Clatsop Spit on May 13.

Wreckage from the Ilwaco fishing vessel Theron washed ashore on Clatsop Beach at the north entrance to the Columbia River on Monday.

Debris from the Ilwaco-based fishing vessel Theron washed up on a beach along the northern side of Clatsop Spit on May 13.

ILWACO — Ilwaco-based 38-foot commercial fishing vessel Theron lost its steering and was destroyed by the surf on Clatsop Spit early Monday morning, but skipper Eric Johnson was rescued by the Coast Guard and wasn’t injured.

The vessel had an estimated 400 gallons of diesel and seven salmon aboard. A minor fuel sheen was visible in the vicinity of the wreck and efforts are underway by Coast Guard Sector Columbia River’s Incident Management Division to mitigate any potential pollution.

Late Sunday, shortly before midnight, Johnson contacted Coast Guard watchstanders over VHF channel 16 to report he experienced a loss of steering while attempting to cross the bar and was drifting toward the breakers and shoal. He also reported that his vessel was beset by the current, had grounded several times and had no ability to anchor at that time.

Watchstanders advised Johnson, who was the only person aboard, to look for any potential flooding, don an immersion suit and have a life raft ready in case he needed to abandon ship. Weather on scene was 1 to 4-foot seas with light and variable winds, an air temperature of 50 F and water temperature of 48 F, with 11-mile visibility.

The following is the Coast Guard’s account of what happened:

Around 12:30 a.m., the master reported his vessel was aground and the engine room was filling with water. About the same time the 47-foot MLB crew reported a visual of the Theron, but was unable to approach due to draft restrictions. An MH-60 Jayhawk helicopter crew from sector launched as the 47-foot MLB crew maneuvered within 150 yards of the Theron to standby and provide support.

Around 1 a.m., the master reported the Theron was losing power due to the flooding, and as he had no mobile radios aboard, watchstanders advised him to prepare to be removed from the vessel.

The Jayhawk helicopter crew arrived on scene and lowered their rescue swimmer, who entered the water and swam to the Theron. The aircrew hoisted the master and transported him to sector, he had no injuries and required no medical treatment.

As the sun rose, station members were able to get a visual from their watchtower of the Theron, which was almost fully submerged and had not moved from where it grounded. The emergency position indicating radio beacon registered to the vessel had been activated, presumably set off by the rising water, and several strobe lights were observed in the area and confirmed to be the life raft strobe entangled in the mast rigging.

Later in the morning, a station boat crew launched and verified the vessel was breaking up.