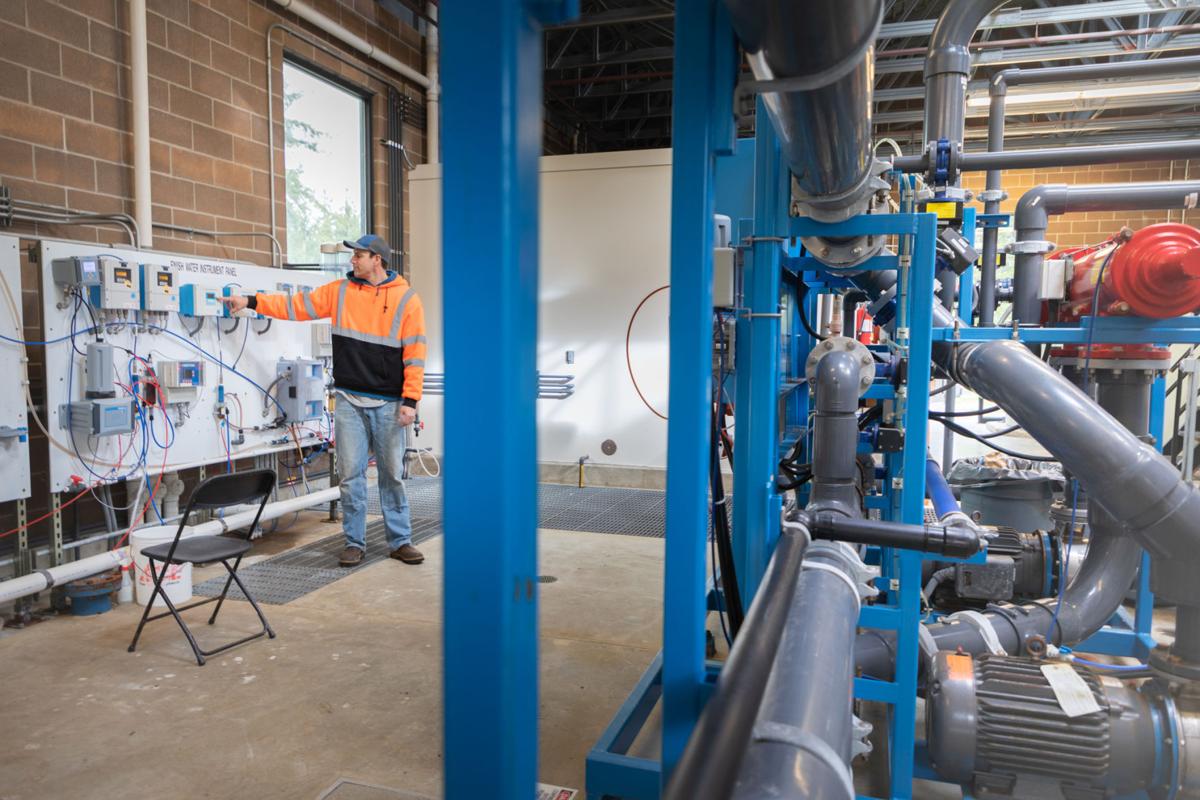 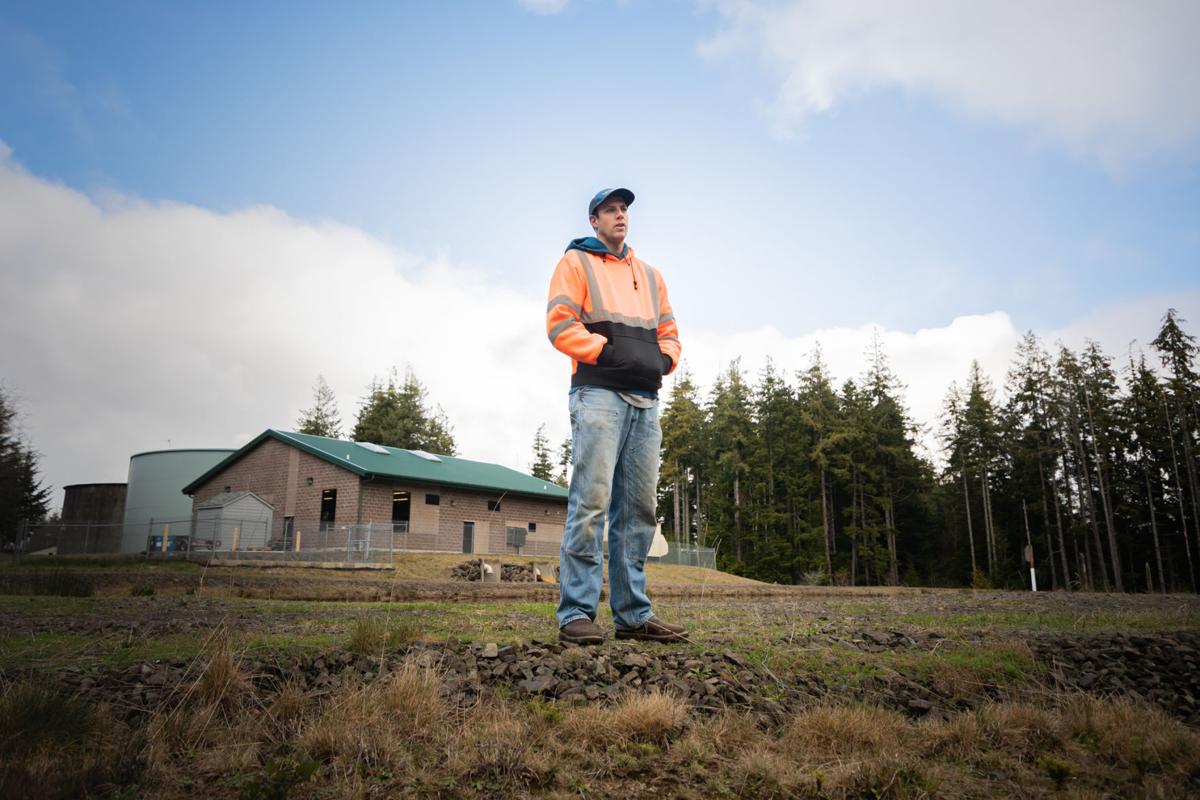 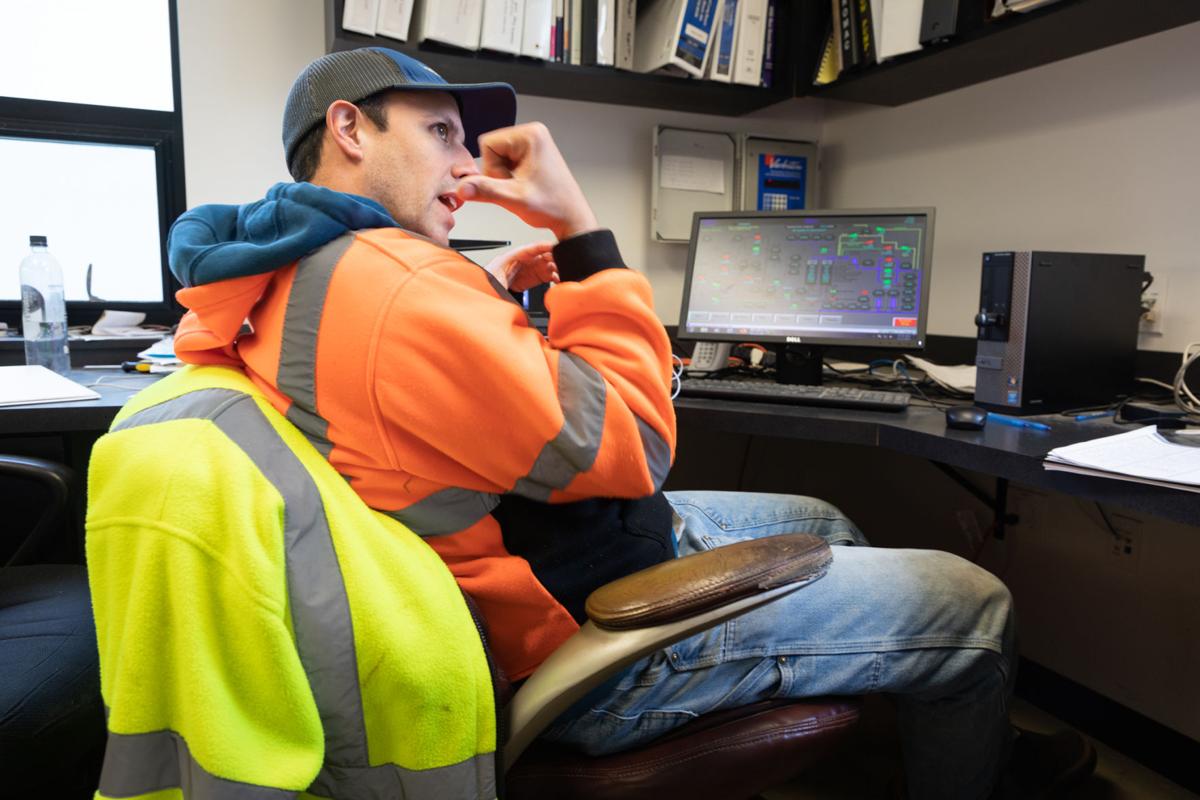 Inside Binion’s office, a computer is used to monitor the water treatment process at each stage. Binion can also monitor the process remotely from a mobile phone. 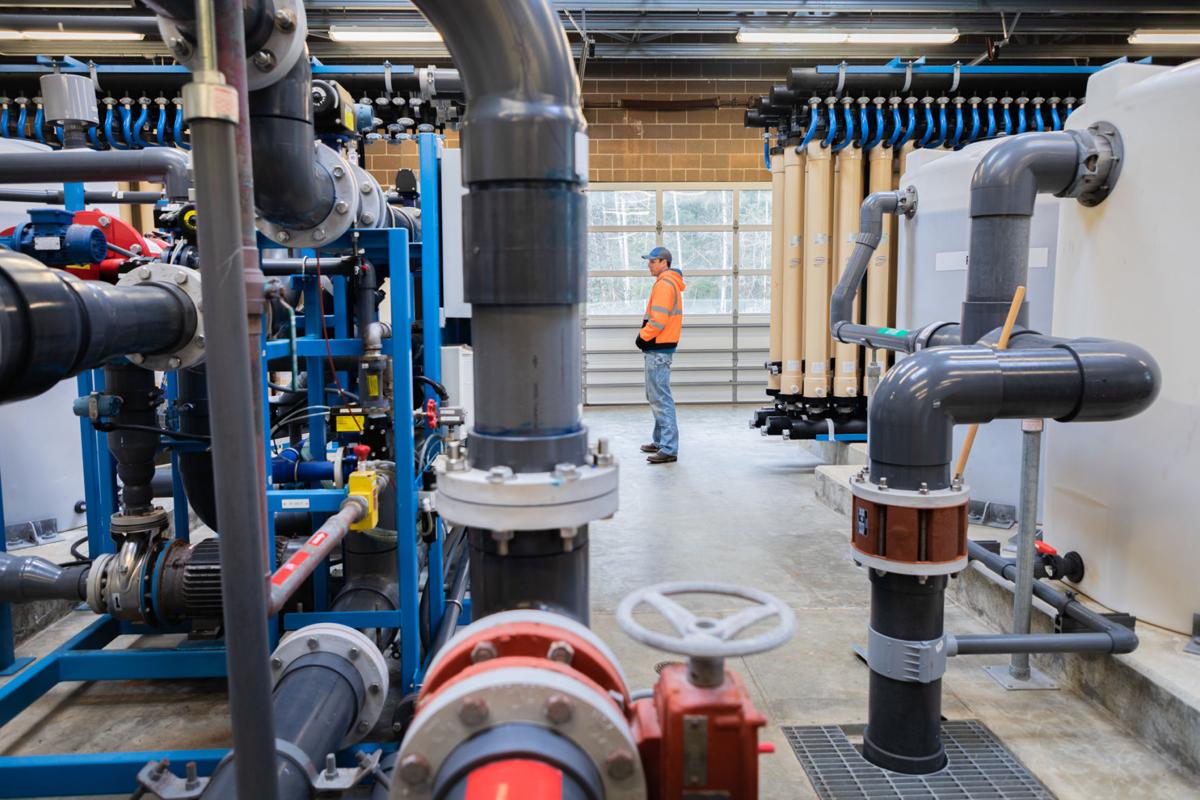 Long Beach Water Treatment Plant Operator Jake Binion is in charge of making sure the city’s water is safe and getting where it needs to go. 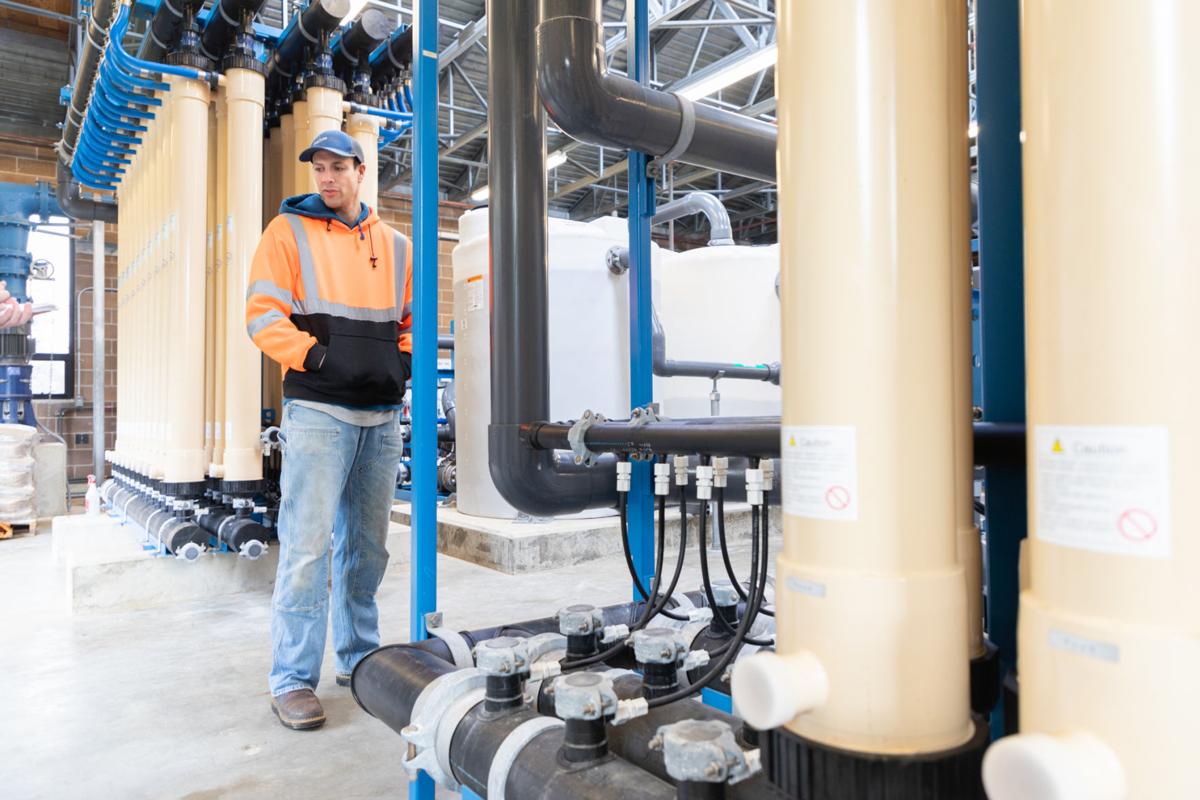 The job of maintaining Long Beach’s water system can weigh on Binion. The prospect of being too far from the city to help in an emergency makes taking vacations stressful.

Inside Binion’s office, a computer is used to monitor the water treatment process at each stage. Binion can also monitor the process remotely from a mobile phone.

Long Beach Water Treatment Plant Operator Jake Binion is in charge of making sure the city’s water is safe and getting where it needs to go.

The job of maintaining Long Beach’s water system can weigh on Binion. The prospect of being too far from the city to help in an emergency makes taking vacations stressful.

People with questions about the water quality are encouraged to contact the city by phone at 360-642-4421 or by email at administrator@longbeachwa.gov. They can also call plant operator Jake Binion directly at 360-642-3163.

LONG BEACH — It’s been years since Jake Binion, 38, felt comfortable leaving the city of Long Beach for too long.

Binion is the Long Beach Water Treatment Plant operator. He’s in charge of making sure the city’s water is safe to drink and gets where it’s needed. The job of maintaining Long Beach’s water system can weigh on Binion. The prospect of being too far from the city to help in an emergency makes taking vacations stressful.

“Getting in an airplane and leaving is not all that attractive,” Binion said.

On Feb. 12, Binion was the only person working at the treatment plant. The plant is located on 67th Street off Sandridge Road. After a winding drive about a mile back from Sandridge, a right turn on an unmarked road will take a person up to the plant. A giant tower filled with about a million gallons of water set against a thick forest marks the right place.

Inside the plant, the first room is Binion’s office, which has a sink with six faucets. Five of the faucets draw water from various stages of the treatment process. The sixth pipes are the finished product.

Aside from the occasional glug of a machine, much of the treatment process is invisible. The water is drawn in from the reservoir and hit with baking soda and aluminum chlorohydrate, which is a kind of coagulant that helps chemical solids in the water stick together.

The water then is filtered through a bundle of small rubber tubes, similar in size to spaghetti. As the water leaves the filters, it gets hit with chlorine to kill off any spores and parasites not large enough to be filtered out, such as giardia, which causes diarrhea and serious illness. Chlorine is the most effective way to kill harmful organisms in water, Binion said.

The water then moves under the building into a place called the clearwell. Binion can lift a hatch and reveal what looks like an underground swimming pool. From there the water is pumped out and into the water tower, but not before it is hit once more with chlorine and soda ash in order to polish it off and raise the PH level. Once it is in the water tower, it is ready to be pumped into people’s homes and businesses.

And while this process takes place, Binion monitors everything.

“I’ve got alarms at every level,” Binion said.

When there is an issue, Binion will get an automated call and the prerecorded voice of a former water plant engineer will squawk things to him such as “Long Beach water chlorine treatment problem.”

On Jan. 30, the Washington State Department of Health sent the city of Long Beach a water quality violation.

Long Beach uses surface water as the source of its drinking water, as opposed to a groundwater source, such as a well. This difference in source and the related considerations are key to understanding how disinfection byproducts are formed, Fitzgerald said. Fitzgerald’s specialty is surface-water treatment. Organic materials, such as vegetation and small lifeforms, dissolve and release carbon compounds in surface water sources prior to treatment.

“Forming somewhat of a tea, if you will,” Fitzgerald said.

According to the U.S. Environmental Protection Agency, some people who drink water containing disinfection byproducts above the regulated limit for many years may experience problems with their liver, kidneys, mental nervous system, and may have an increased risk of cancer.

However, according to the Washington State Department of Health, there is “no conclusive evidence linking disinfection byproducts in water with cancer or other health effects.”

The city of Long Beach is working closely with Fitzgerald and the Southwest Drinking Water Operations Office to lower the presence of these byproducts in the water.

In its violation notice, the Health Department gave the city until November 2023 to lower the amount of trihalomethane in drinking water. The city has until Jan. 31, 2021 to submit an official plan for how it will meet the 2023 deadline.

Binion’s plan is to replace the filters used in the system in March, because his belief is that the organic materials aren’t being filtered out well enough prior to the first time the water is treated with chlorine.

Binion encourages people interested in how their water makes it from the reservoirs behind Sandridge Road to their faucets to come and check out the plant. In April, the reservoirs are particularly pretty, as trillium bloom on the hill above, Binion said.