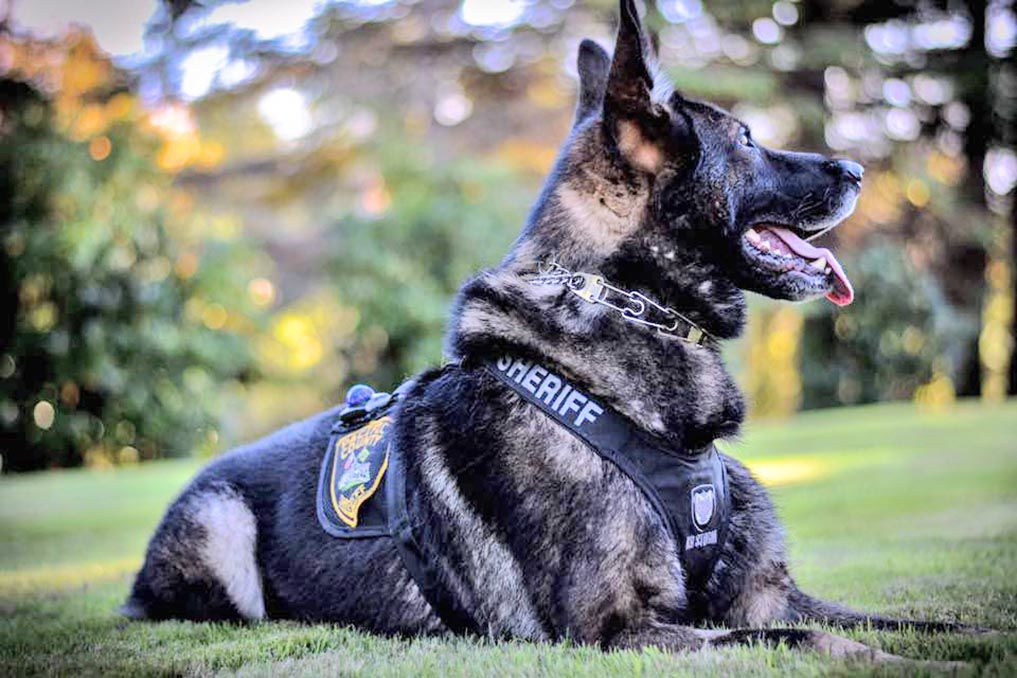 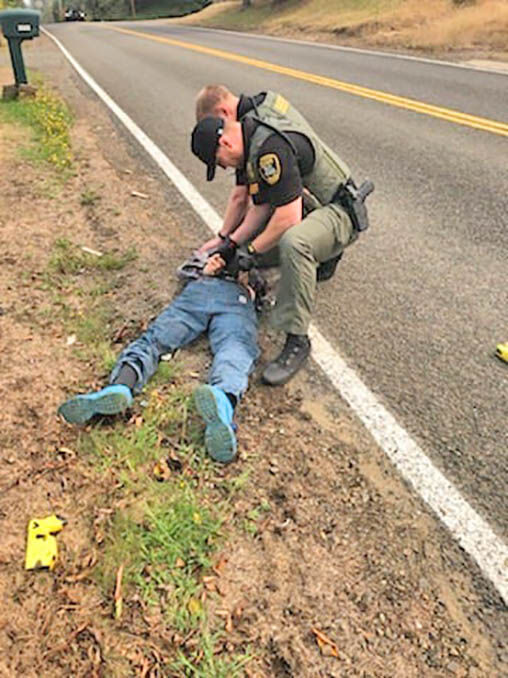 Deputies Eaton and Macomber secured the suspect and searched him for weapons.

Deputies Eaton and Macomber secured the suspect and searched him for weapons.

OCEAN PARK — Jake L. Wilson, 45, remains in Pacific County Jail this week in lieu of $250,000 bail after a Sept. 17 incident in Surfside when he allegedly threatened to stab people and a police dog.

Wilson is being held on charges of theft of a motor vehicle, assault in the 2nd degree and felony harassment.

Pacific County Sheriff’s deputies were dispatched to a reported in-progress vehicle theft in Surfside at about 1:30 p.m. last Thursday, identifying Wilson as the suspect.

As deputies checked the area for the stolen vehicle, Sgt. Randy Wiegardt and his K9 partner Ciko spotted Wilson walking past them on Joe John’s Road, according to a sheriff’s office press release. Wiegardt got out of his vehicle and told Wilson to stop. Wilson allegedly ignored Wiegardt’s order and yelled several obscenities. Wiegardt retrieved Ciko from his vehicle and again told to Wilson to stop, warning him Ciko would be deployed if he didn’t halt.

Wilson allegedly yelled and said he would stab the dog, simultaneously raising a knife. Wiegardt drew his firearm as Wilson began closing space between them, according to the sheriff’s office. Wilson repeatedly brandished the knife and allegedly said he would stab Wiegardt if he came any closer. Wilson also yelled that he didn’t care if Wiegardt shot him.

Deputies Dustin Eaton and Logan Macomber arrived on scene. Wiegardt and Eaton deployed their Taser devices on Wilson, causing him to fall to the ground. As Wilson fell, the knife fell from his hand. But even after being Tasered, Wilson still wouldn’t obey, according to the press release. Wiegardt released Ciko toward Wilson and Ciko bit Wilson’s left leg, gaining compliance. Wilson was handcuffed and searched, revealing another knife. The stolen vehicle was located and recovered nearby and witnesses described Wilson as the person who parked it and walked away from it, the sheriff’s office said.

“Due to the great teamwork portrayed by the deputies during this incident, deadly use of force was not utilized and the suspect is alive. The amount of professional restraint used by Sgt. Wiegardt and deputies Eaton and Macomber during this possible deadly use-of-force situation is commendable,” Sheriff Robin Souvenir said.