Delano Thomas at his job at Ocean Beach Hospital. 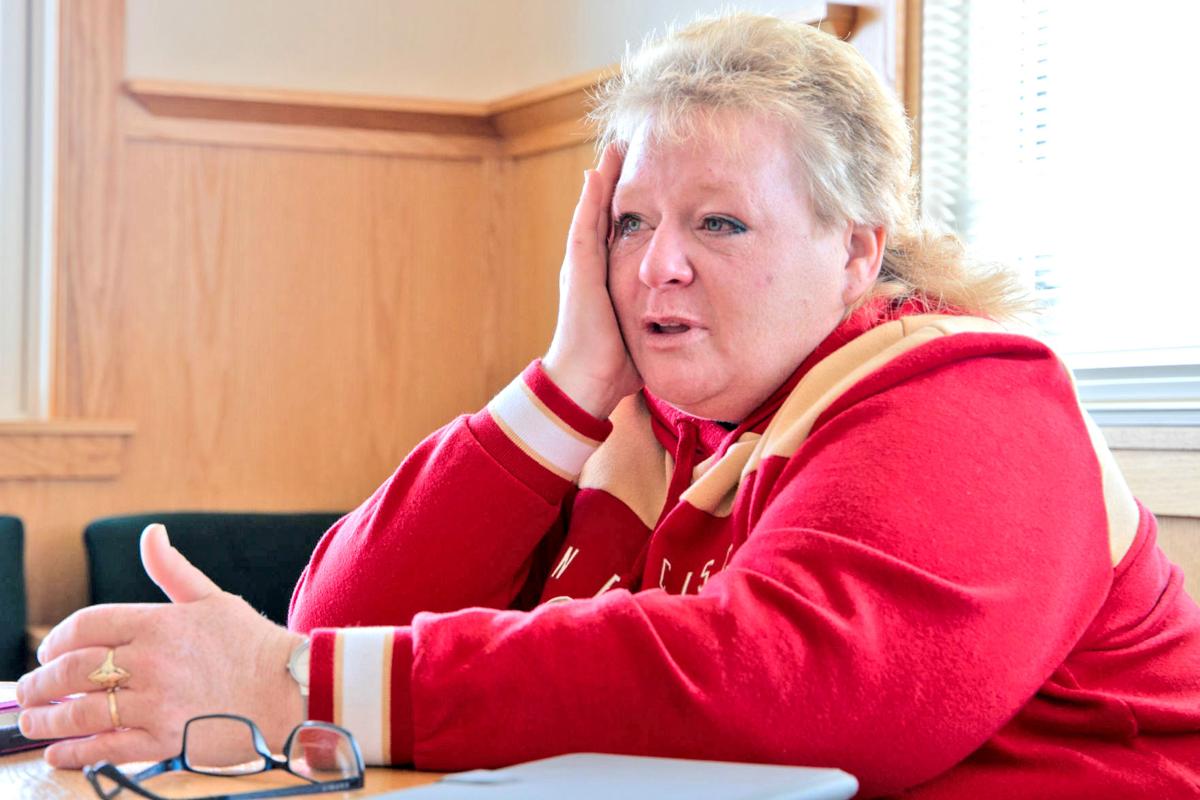 Wendee Thomas’ says having her husband, Delano, in jail is a struggle not just financially, but emotionally. Delano is being held in place of a $750,000 bond after being arrested on Nov. 7, 2019 for shooting someone in what he said was in self-defense.

Delano Thomas at his job at Ocean Beach Hospital.

Wendee Thomas’ says having her husband, Delano, in jail is a struggle not just financially, but emotionally. Delano is being held in place of a $750,000 bond after being arrested on Nov. 7, 2019 for shooting someone in what he said was in self-defense.

OCEAN PARK — Hours before he was arrested for shooting another man in the groin, Delano Thomas, 51, called deputies to report the man had threatened to kill him.

Thomas was charged on Nov. 8, 2019 with felony assault in the first degree and unlawful possession of a firearm due to a prior felony history. His bond was set at $750,000.

Half a year later, Thomas is still in jail.

Thomas said he acted in self-defense after a long-simmering neighborhood feud caused him to fear he would be attacked. Thomas called deputies a few hours before the shooting to report 53-year-old Jesse Wescott had walked past Thomas’ house and said something like “I’m in a local fight club, and you’re dead.”

Deputies responded to the call but could not find Wescott, according to the report. Wescott was friends with one of Thomas’ neighbors. Thomas and his wife had called deputies at least three times to report problems with the neighbor’s dog coming on their property. Wescott has prior felony convictions, his most recent in 2006 for failure to register as a sex offender.

A few hours after Thomas reported the threat, Pacific County Sheriff Deputies arrested Thomas for allegedly shooting Wescott in the groin a little before 5 p.m. on Nov. 7, 2019 outside Thomas’ house in Ocean Park.

Pacific County Prosecutor Mark McClain requested Thomas’ be held on a $1 million bond. At Thomas’ preliminary appearance, McClain rattled off Thomas’ prior convictions, most of which dated back to before 2000. His most recent conviction was for cocaine possession in 2001. After that, Thomas’ record showed a handful of parole violation convictions, none past 2005.

Since then, Thomas’ record was clean.

“It appears that he has almost no history, or no history in the state of Washington, other than this case,” McClain said. “So it’s unclear what his ties are to this community.”

Delano said he had a job in the community and could not afford the bond amount. Due to the severity of the crime and concerns about the lack of ties to the area, Judge Donald Richter set Delano’s bond at $750,000. Richter then asked if Delano had any questions.

Delano explained he was the one who called the police.

“I just don’t understand why I’m here,” Delano said. “It all started over a dog fight and I called earlier because the guy threatened me, and I called 911 earlier to tell them about the situation.”

Richter told Delano to direct those questions to his attorney and moved to the next case.

‘They’re making a major case out of him ... I don’t understand that’

Thomas’ wife, Wendee Thomas, said Delano’s ties to the community are a steady job, family and a few dogs. She and Delano moved to the area about seven years ago when Wendee’s father became ill. Since then, Delano’s worked hard to live a better life, Wendee said. First working in housekeeping for various hotels in the area before getting a job as a custodian at Ocean Beach Hospital.

To try and show Delano’s character, Wendee gathered his work evaluations and letters from friends to give to his public defender.

One of the letters was from a neighbor, David Seals, who is a retired Longview police officer. Seals called Delano a good neighbor and citizen who worked extra jobs from time-to-time mowing lawns and doing other yard work. Delano might be guilty of possessing a firearm illegally, but not assaulting Wescott, Seals said.

Wescott was one of several neighbors who weren’t model citizens, Seals wrote in his statement. “They have been a problem in the neighborhood since I moved in two years ago. I am willing to testify to that.”

Seals did not see the shooting, but walked over to Delano’s property a few minutes after it happened and before the cops arrived.

“I’ve never been involved in a call or investigation that appeared so sloppy,” Seals said.

After deputies arrived, the woman who was with Wescott was allowed to pick up a knife lying near the scene and pocket it, Seals said.

In an interview on Monday, June 22, Seals said maybe the deputy later reclaimed it. He walked away before Delano was arrested. However, the knife appeared to Seals to be a substantial piece of evidence, he said.

Seals doesn’t think Delano posed a threat to public safety and he would be happy to have him back in the neighborhood. Delano may have already lost his job over this, Seals said. He is getting over punished for a bad situation, Seals said.

“They’re making a major case out of him is what it appears to be, and I don’t understand that,” Seals said.

Delano’s public defender, Harold Karlsvik, hired an investigator to look into Delano’s case. His jury trial is scheduled for Sept. 21, 2020.