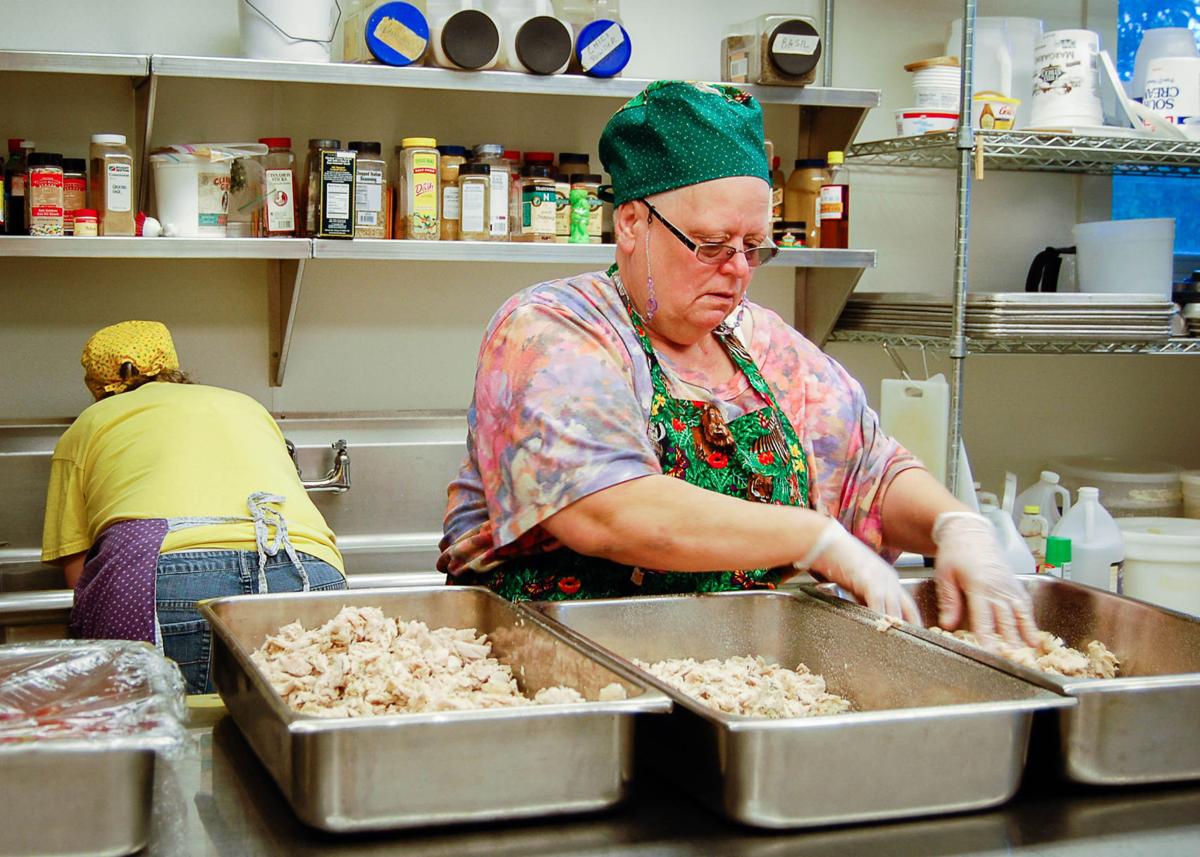 While the Senior Nutrition Program is partially government-funded, the on-profit is intended to run off of local support. But the average donation for each provided meal has been 75 cents in recent years. 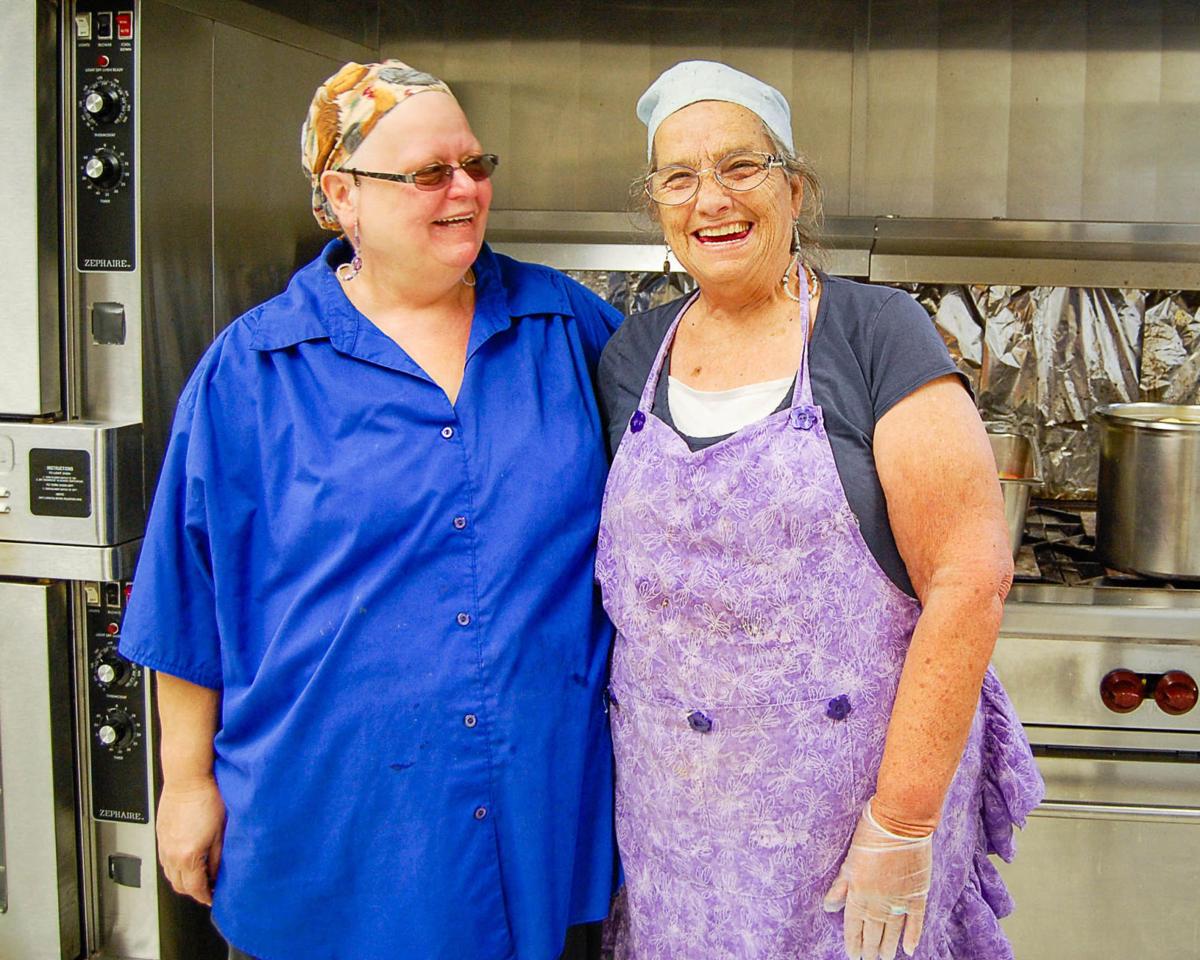 When Mardell Bullis, left, and Brenda Molsby began working for the Ilwaco Senior Nutrition Program more than 20 years ago, there were nine full-time staffers. Today, a lack of funding has shrunk the program to two. 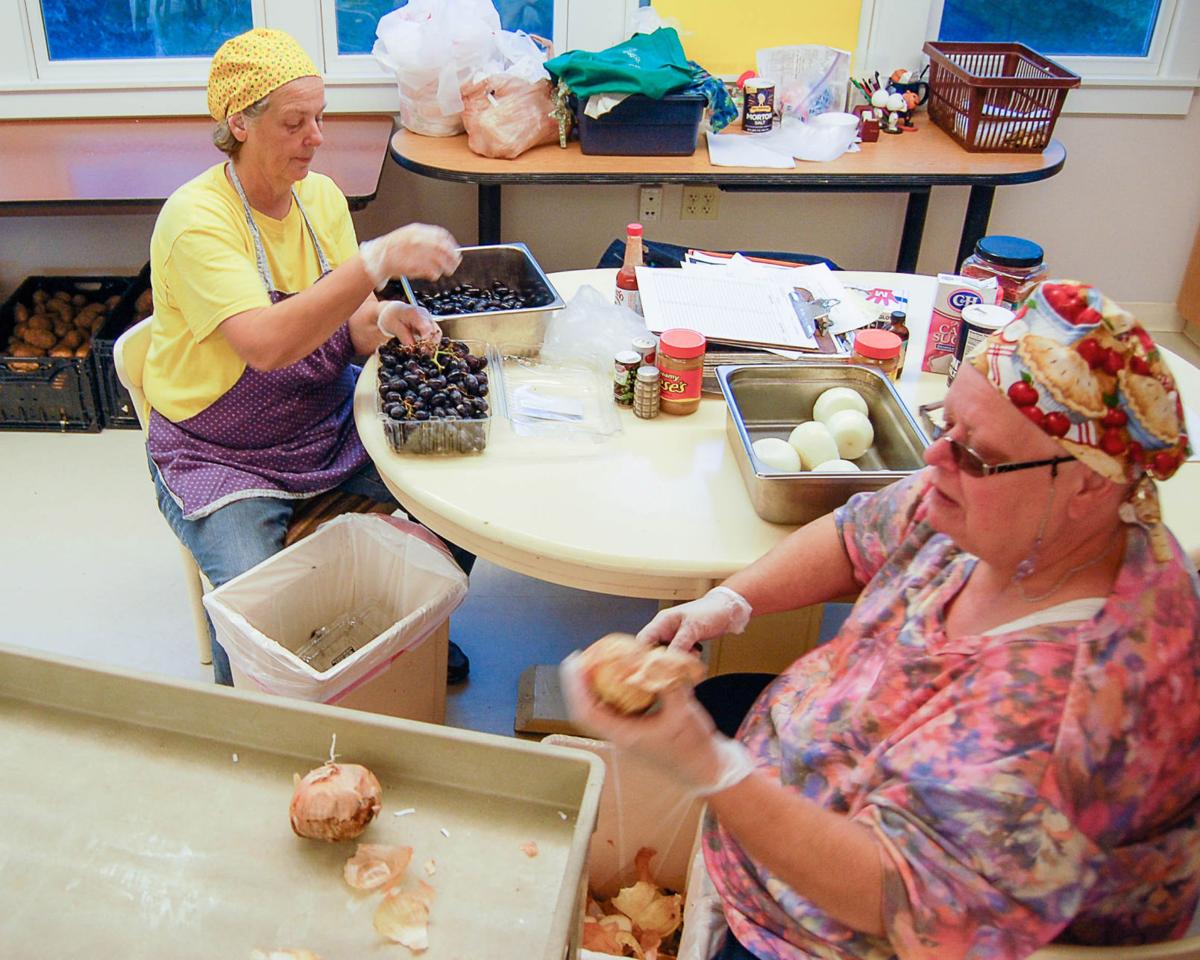 While the Senior Nutrition Program is partially government-funded, the on-profit is intended to run off of local support. But the average donation for each provided meal has been 75 cents in recent years.

When Mardell Bullis, left, and Brenda Molsby began working for the Ilwaco Senior Nutrition Program more than 20 years ago, there were nine full-time staffers. Today, a lack of funding has shrunk the program to two.

Due to lack of funding, a non-profit that serves roughly 70 Peninsula senior citizens a day is down to one cook in the kitchen.

The Ilwaco Senior Nutrition Program, which serves hot meals to people 60 and older, is working off a budget that only covers half of their lunches. The cost of running a commercial kitchen has jumped while local financial support has dropped. State and federal programs provide some funding, but aren’t intended to keep the program afloat.

Those who use the program donate what they can, but it isn’t enough to cover the funding gap. There is no formal income test to dine in the cafeteria, though there is for home delivered meals. The program has a suggested donation of $4 per person, but customers pay whatever they can afford.

Mardell Bullis was dressed in a jungle-themed apron and kitchen headscarf as she poured coffee for whoever walked in the doors of the senior center for lunch on Sept. 24.

Even through years of chemo treatments, Bullis arrived at the center at 6 a.m. each day to have a hot lunch on the table by noon.

“I’m tired, but that’s life — it can suck,” Bullis said. “Luckily, this never felt like just a job. I love the people I serve.”

Bullis, 61, thought she would be nearing retirement by now. But a second bout with cancer and a stack of chemo treatment bills extended her time as the sole cook for the south Peninsula’s senior nutrition program.

The program is part of the Coastal Community Action Program, which aims to help people fighting poverty.

CCAP, which sponsors five lunch sites throughout Grays Harbor and Pacific counties, also offers transportation to doctor appointments, housing placement for the homeless, and job placement assistance. CCAP took over the operations of PACE, or Pacific Aging Council Endeavors, when that Ilwaco-based group ran into financial troubles several years ago.

When Bullis first arrived to scrape mac’n’cheese off pans as a favor 26 years ago, volunteers provided extra support for PACE’s paid staff. But as the program began having money problems, when people quit or retired, they weren’t replaced. This left the shrinking number of employees with larger workloads.

Bullis watched the kitchen drop from nine employees to two.

Today, the program depends on volunteers.

“The cuts can’t affect our clients so they hit us,” Bullis said. “We would never turn anyone down for a meal.”

Bullis cooks roughly 350 meals a week. Half of the meals are served at Ilwaco Community Building while the remaining meals go toward the home-delivery service — a way for senior citizens who can’t cook anymore to avoid having to move into a nursing home.

“For some people, this is the only way they can have a nutritious lunch,” she said.

A customer who calls himself Bullis’ “wingman” laughed, “That’s right, old people may eat less but we still need to eat.”

Through the Older Americans Act, which passed in 1965, the Olympic Area Agency on Aging reimburses the nutrition program $3.75 for each meal served on site, and $3.90 for each home delivery. However, each meal costs roughly $8.50 to make.

Since the program’s start, donations have covered the remaining costs. But today, the average person donates 76 cents per meal served at the center and 24 cents for delivered meals.

Norah LeBlanc, a program manager, said while it is always hard to keep a non-profit funded, there’s extra stress when maintaining a commercial kitchen with high health standards.

“There’s never enough money when trying to meet the needs of a community,” she said. “With the nutrition program, we’re always in the hole.”

Glover said the program’s largest support comes from volunteers in their 60s. But people are retiring later in life, meaning they don’t have time for volunteer work.

Glover, who is in her 60s, used herself as an example as someone who will pass the traditional retirement age.

“I thought at this point in life I would be slowly stepping down, training someone else who is younger and full of new ideas,” she said.

This year, her title grew to coordinator over five sites.

“There was just no one else. So, I just put on another hat and am doing the job the best I know how,” she said. “There are still some volunteers out there to help, too.”

Currently, there are five volunteers at the Ilwaco site, but most of the work still falls to Bullis and the only other staffer at her site, 70-year-old Brenda Molsby.

When Molsby isn’t running the delivery service on Mondays and Wednesdays, she often helps Bullis prep in the kitchen.

“We stay for the clients,” Bullis said.

Molsby laughed, “If I tell the clients I’m retiring they say ‘No, you’re not.’ I guess I’ll be here until the place closes down.”

Bullis said some people who could use the program view it as a soup kitchen and don’t attend out of pride — which means possible clients who could pay never walk in the door.

“We depend on the community just as much as they need us,” she said. “Come in, eat a good meal, and leave us some money in return — we will always take the money you can give.”

If someone doesn’t have the ability to attend the lunches, Bullis said they can volunteer, donate food, or sponsor someone else’s meal.

Bullis said it’s hard not to worry about what will happen to the lunch program in the future.

“I can’t let myself stress over what I can’t help,” she said. “When we are gone, the company will have to figure it out, and they will. Everyone is replaceable. The moment we forget that, we think of ourselves as too important.”