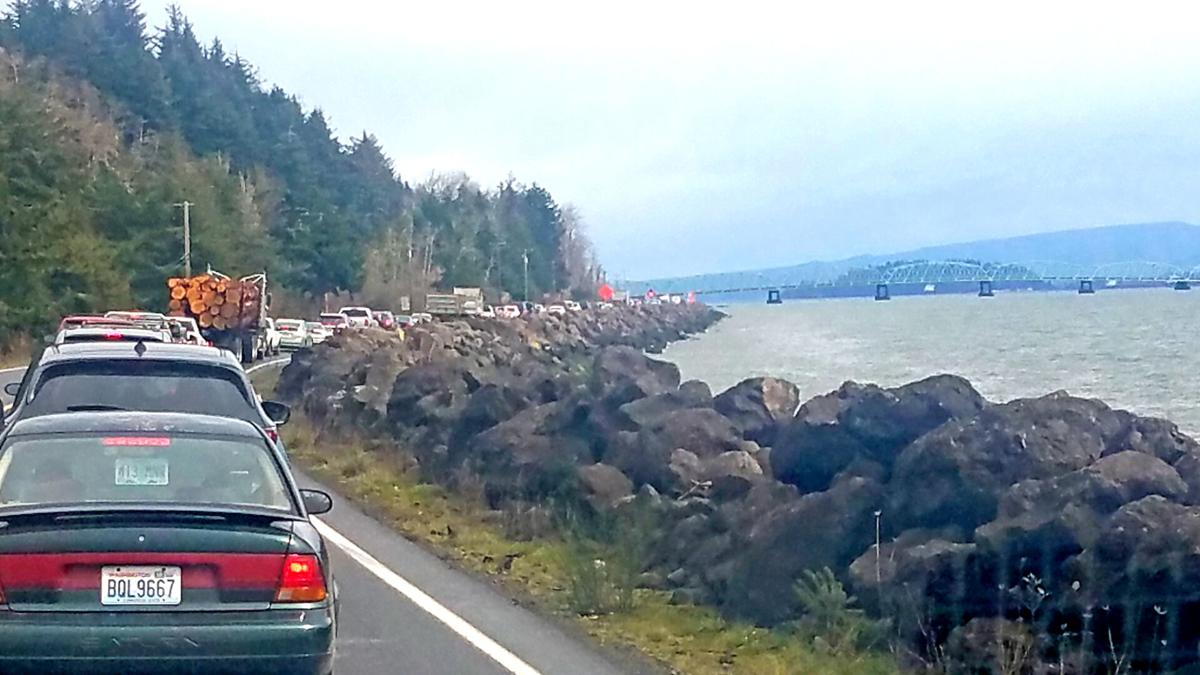 Replacing a damaged culvert has been causing significant traffic delays on the Astoria-Megler Bridge and its eastbound approach. 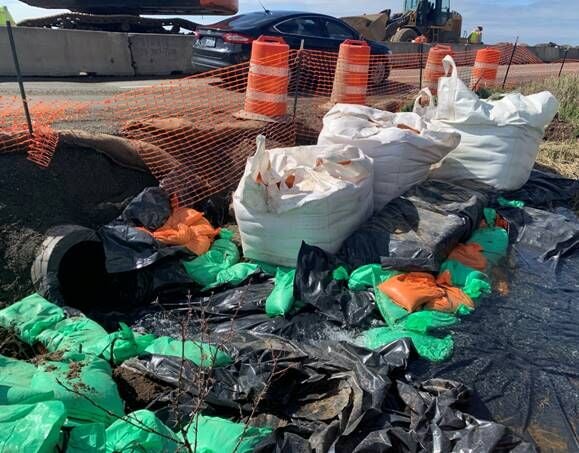 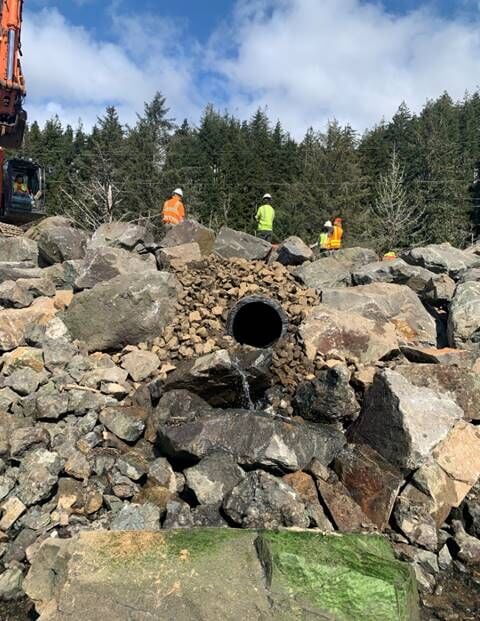 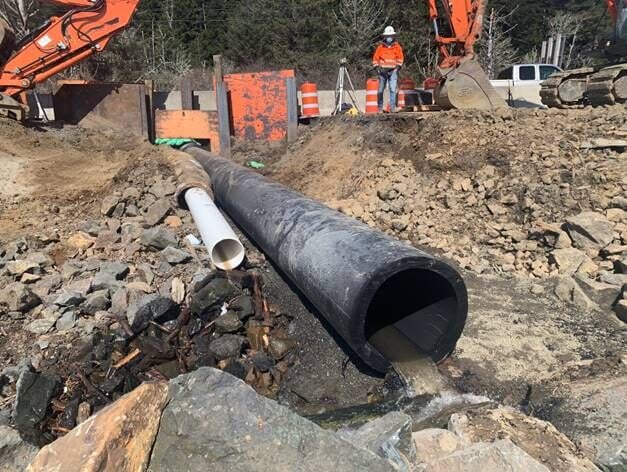 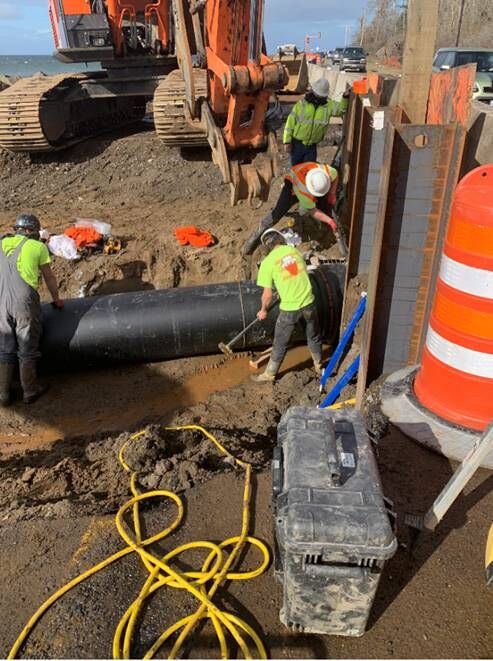 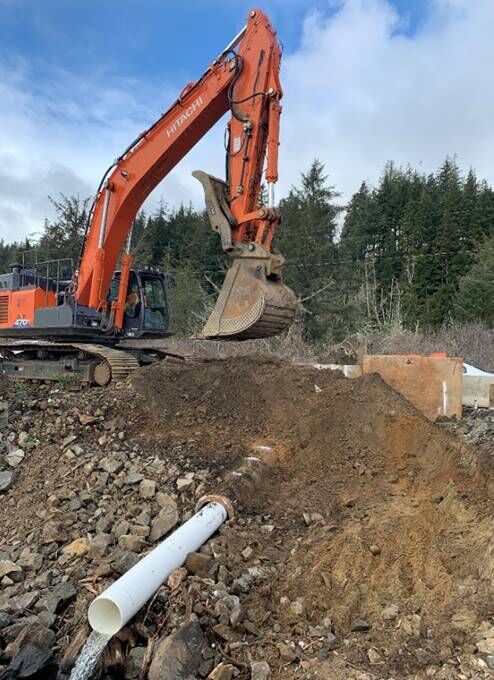 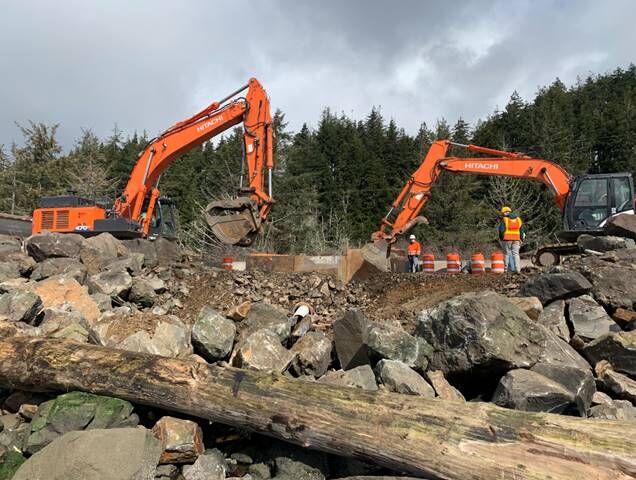 Replacing a damaged culvert has been causing significant traffic delays on the Astoria-Megler Bridge and its eastbound approach.

MEGLER — Two-way traffic is expected to begin returning to normal this Friday, March 26, on U.S. Highway 101 just west of the Washington end of the Astoria-Megler Bridge. The highway was undercut by a failing culvert during torrential rains late this winter, necessitating an emergency upgrade to improve storm drainage.

"Thursday crews plan to remove the jersey barrier, saw cut and prepare for the asphalt crews to come in on Friday. They will also begin to demobilize equipment on Thursday. Once the paving is completed on Friday we will remove the signals and open up the roadway in both directions," a Washington State Department of Transportation spokesman said March 23.

"The following week we have paint stripers scheduled, and [WSDOT's private contractor] Rognlin's will be cleaning up the project performing shoulder and site restoration. There will be single lane traffic with flaggers during those operations. Please note that this schedule is weather dependent and certain operations could be pushed back due to weather," the spokesman said.

Work to correct drainage at the site — which has been a chronic problem for years — resulted in long traffic delays in the area starting March 16, with hundreds of vehicles lined up in either direction at some points during the repairs.

The WSDOT spokesman explained some of the details that created these delays:

"Starting with last week the shoring plan was approved on Monday (3/15) afternoon and Rognlin's Inc. began mobilizing equipment to the project site Tuesday to begin the structural shoring along centerline which was installed Wednesday along with the installation of temporary concrete barrier to protect the work zone. On Thursday crews excavated placed and backfilled the new 24" HDPE (Solid Wall) pipe under the northbound lane of US101. On Friday Rognlin's completed the northbound backfill and prepped the roadway for switching traffic into the northbound lane. Saturday traffic was switched to the NB lane and excavation began on the SB portion of the culvert which is the river side of the culvert.

"This past Monday (3/22) Rognlin's resumed work installing the new 24" HDPE (Solid Wall) pipe on the SB side and used a fusion coupler to connect the two sections of pipe together. Once the fusion was complete water that was being bypassed through the temporary 12" PVC pipe was diverted into the new 24" pipe. Once the diversion was complete crews began removing the old existing concrete pipe and the temporary bypass pipe in the SB lane. Today (3/23) Rognlin's has finished the backfill in the SB lane and plans to switch traffic back over to the SB lane so they can complete the removal of the old pipe and bypass on the NB lane tomorrow (3/24)."