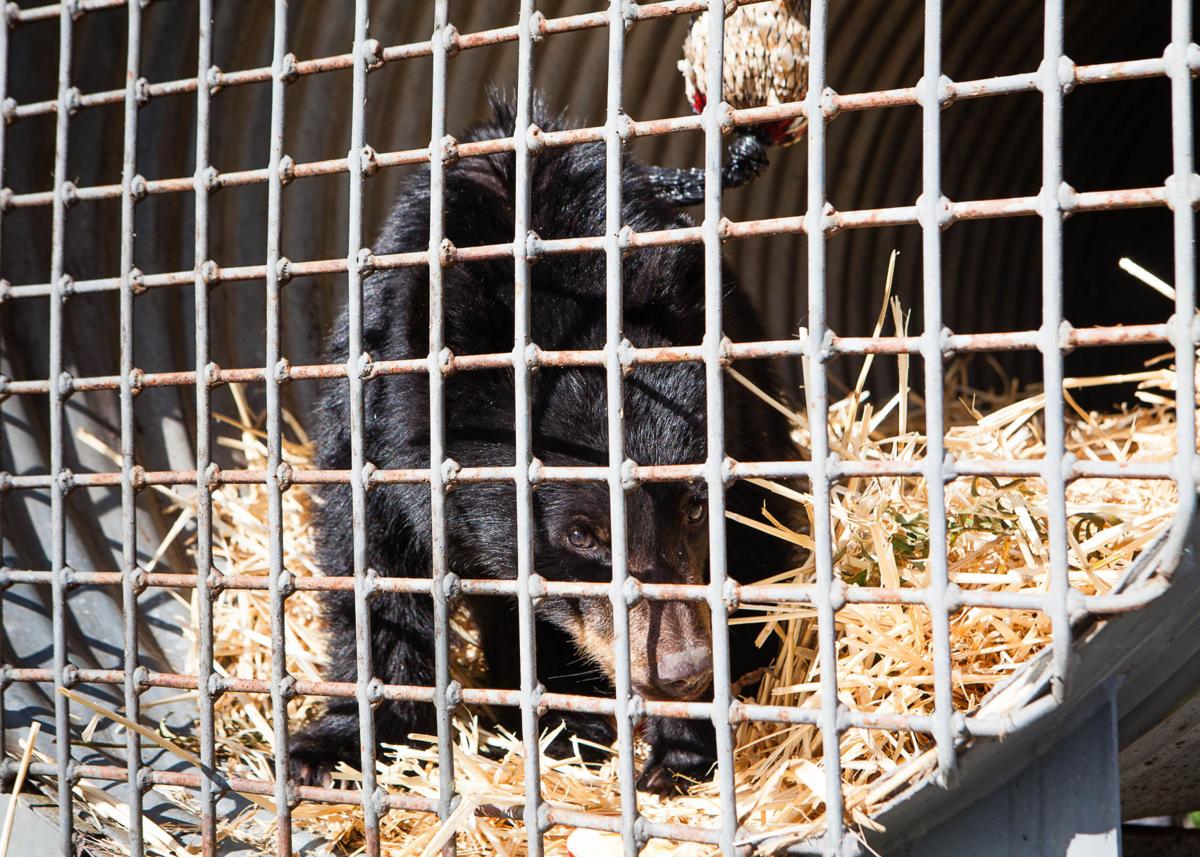 This young cub, who was found wandering near the Bear River, is probably an orphan, but WDFW staff let him spend a night in the trap, to give his mother one last chance to find him. He has been taken to a wildlife rehabilitation facility. 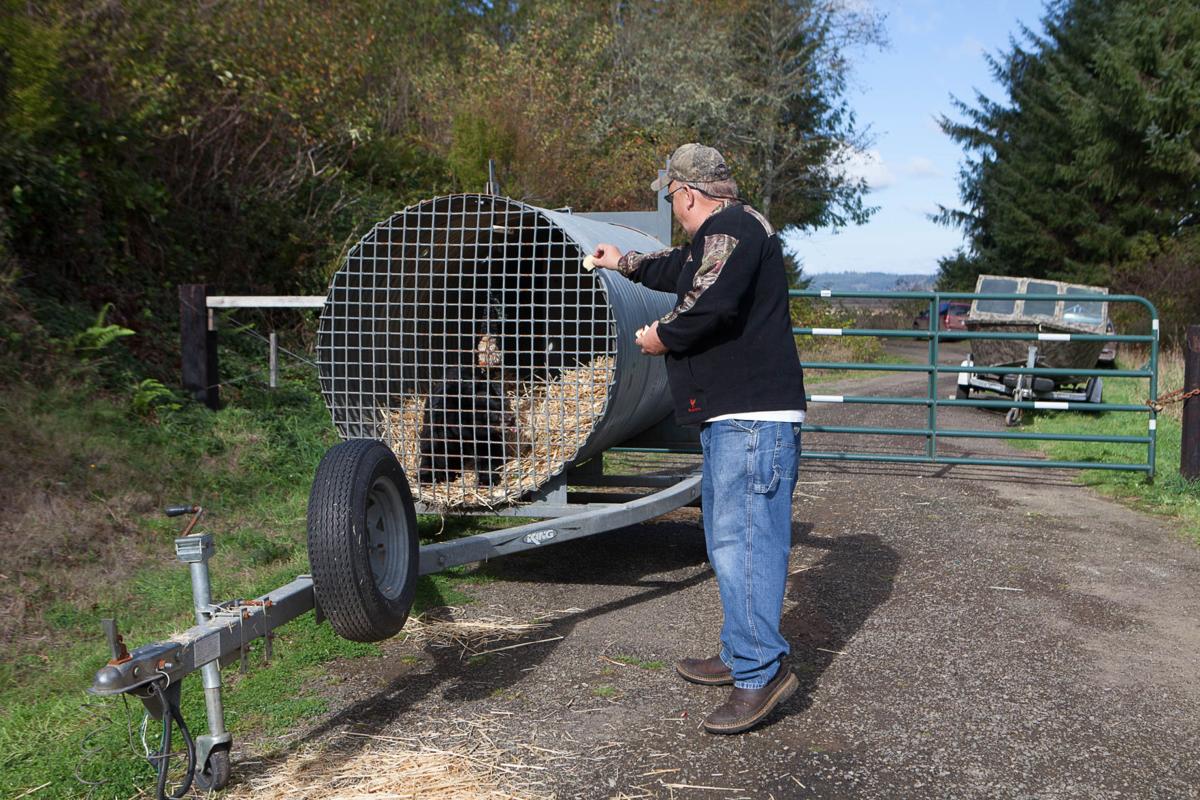 This young cub, who was found wandering near the Bear River, is probably an orphan, but WDFW staff let him spend a night in the trap, to give his mother one last chance to find him. He has been taken to a wildlife rehabilitation facility.

Monday morning, the tiny black cub was back again, peeking into Erica and Bruce Hazen’s kitchen through a glass door that — appropriately — looked out on the Bear River.

That evening, Bruce’s father, Warren Hazen, who lives just up the hill, watched as the cub stood alone in the rain, looking for a way into the warmth of his son’s home. The youngest member of the family, 2-year-old Huxley, asked his parents to let the bear come inside.

To Warren Hazen, the cub seemed lonely and hungry.

“He looked like he was looking for company,” Hazen explained on Tuesday, Oct. 20, as he poked red apple slices in through the holes in a big, barrel-shaped cage filled with hay. Inside, an adorable, slightly underfed furball kept one wary eye trained on the humans as he gobbled up his snack.

After the mama failed to appear for two nights, it became clear the cub was probably an orphan.

“Something happened to his mother,” Warren Hazen said. “She could have been hit out on the highway. She could have been shot by a hunter.” Though it’s illegal to shoot female bears, it does happen from time to time, Hazen said, and the appearance of the cub coincided with the opening of bear season.

Figuring the bear was too young to survive on its own, Hazen called the Washington Department of Fish and Wildlife. A specialist who deals with human-animal conflicts came to set up a bear trap in his driveway. Hazen put chopped up apples from his orchard inside. By lunchtime on Tuesday, the cub was in captivity.

“It’s all fur!” he laughed. From just a few feet away, Benny seemed impossibly cute, and harmless. Up close, his sharp inch-long claws and intelligent, watchful stare served as reminders that he was a wild animal.

Though Benny briefly tolerated Hazen when he crept close enough to drop food in the cage, he panted heavily, made clicking noises and swatted at his cage with surprising force whenever anyone else came near — all natural, healthy warning signals that bears use when they perceive a threat.

Hazen said the WDFW staff left the bear over night, just to make absolutely sure the mother was not going to come for him, then came to get him on Wednesday morning.

Since the cub is healthy and not habituated to humans, the WDFW staff told Hazen they planned take him to a rehabilitation facility where other bear cubs are being raised. With any luck, he will eventually be released into the wild.

An avid outdoorsman, Hazen, took a break from elk-hunting in the Blue Mountains to give a follow-up interview on Oct. 26. He said he used the bear’s brief stay in his driveway to teach his grandsons some basic lessons about animal stewardship — admire, but keep a respectful distance. Hazen said he’s not giving up hunting any time soon, but the experience definitely made him develop a new affection for young bears.

“They’re cute and fuzzy — you look at things in a different light,” Hazen said. “It puts kind of a soft spot in your heart.”