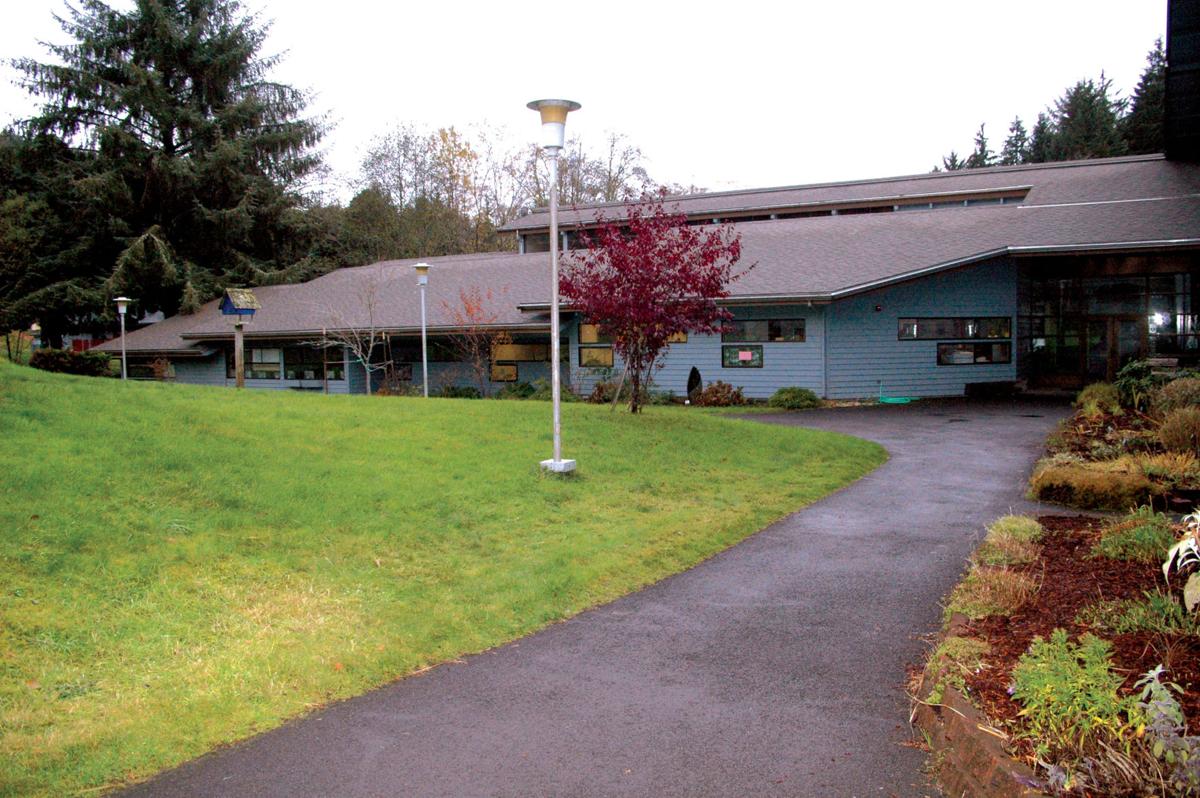 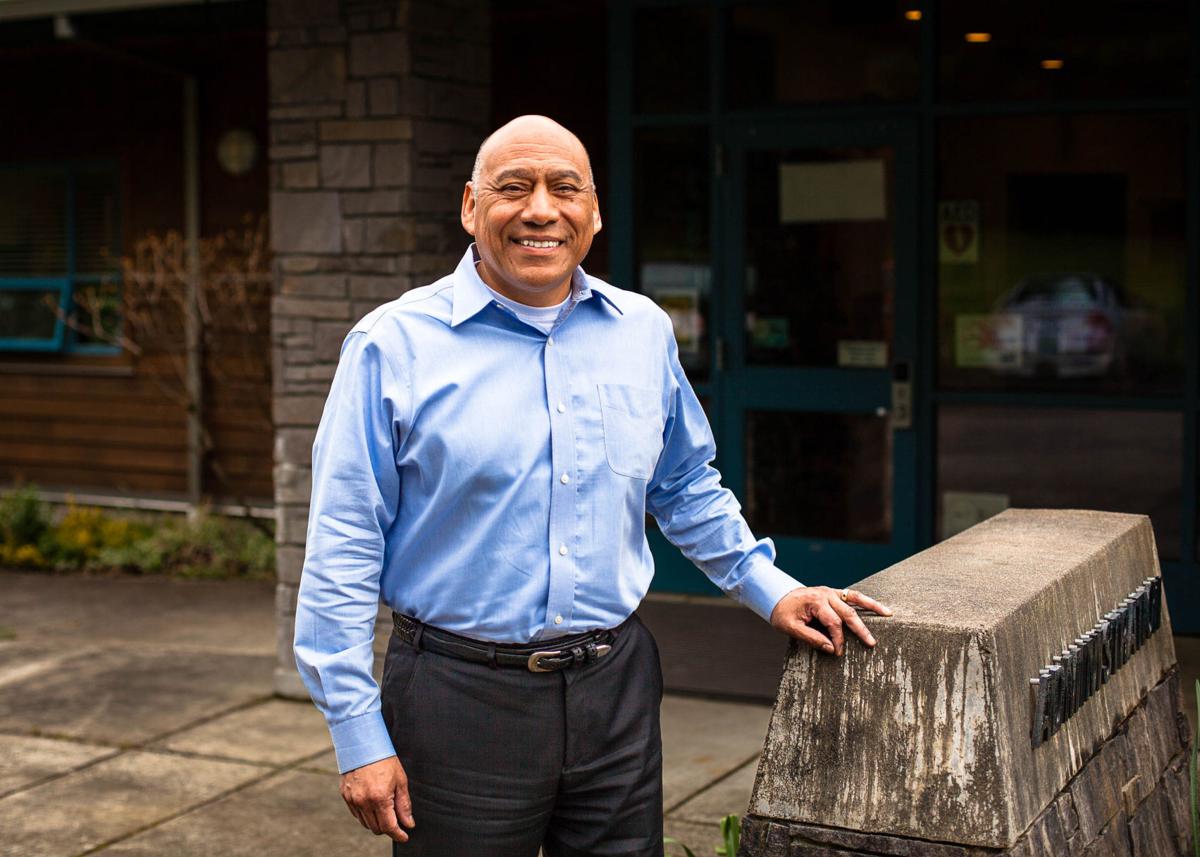 OLYMPIA — Gov. Jay Inslee’s proposed 2017-19 budget boasts that it would fully fund education for the first time in many years. However, that achievement could come at a great cost to one Pacific County community. The budget, released on Dec. 14, targets Naselle Youth Camp — one of the county’s biggest employers — for closure.

NYC, which is part of the Department of Social and Health Services’ Juvenile Rehabilitation Administration, is a medium-security facility that houses about 70 to 90 teen and young adult male offenders. The governor proposes closing the camp in 2018, and relocating NYC residents to Echo Glen Children’s Center in Snoqualmie and Green Hill School in Chehalis. His budget claims savings of $7.4 million over the coming two-year budget cycle.

“The mood is pretty blue, bruised,” NYC Superintendent Pat Escamilla said in a Dec. 19 phone interview. Escamilla said staff are “anxious,” and have many unanswered questions at the moment, but he praised their professionalism in light of the unwelcome news.

“I’ll say this — I have never worked with a more resilient group of people than here. I am so impressed,” Escamilla said.

The fate of the camp won’t be decided until the state’s senators and representatives have a crack at the budget during the upcoming 2017 legislative session, which starts in early January. It won’t be the first time they’ve had to contemplate shuttering NYC. Since the 1990s, NYC has survived several proposed closures, most recently in 2009, 2010 and 2011. Legislators have always found a way to save NYC in the 11th hour, but there is no guarantee that will happen again.

In light of the state Supreme Court’s “McCleary Decision,” Gov. Inslee, and the legislators are under increasing pressure to find money in the state budget to fully fund public education. And that likely means legislators will have to make significant cuts from existing programs.

So far, 19th District legislators have had little to say about the proposed closure.

“I strongly oppose the closing of NYC and will work to stop it from happening,” Rep. Brian Blake, D-Aberdeen wrote in response to a Dec. 15 email request for an interview. Sen. Dean Takko, D-Longview, is currently out of the country, and did not reply. Rep. Jim Walsh, R-Aberdeen, said at a meeting in Ilwaco last Thursday that he will work with Blake and Takko to keep the facility open.

Established in 1966, the 23-acre facility is known for the vocational, firefighting, fisheries and forestry training it offers in collaboration with the Department of Natural Resources (DNR). In recent years, the camp has also been recognized for achieving high test scores in the school program, run by Naselle-Grays River School District.

JRA employs the equivalent of about 89 full-time people at NYC, plus 26 on-call security staff, and about 10 employees from NGRSD, according to Escamilla.

“I think it’s safe to say it’s one of the county’s bigger employers,” Jim Vleming, a regional economist with the state Department of Employment Security said on Dec. 20.

The news of the closure was both surprising and disappointing to people involved with the camp.

“He said ‘[Inslee’s] budget is being rolled out, and Pat, I got some news that NYC is on the closure list.’ I was shocked and disappointed,” Escamilla said, noting that Clayton said he, too, had been caught off-guard by the announcement.

“I was not part of any pre-discussion. I had no knowledge until that morning,” Escamilla said. “I’ll tell you what, I am still trying to wrap my head around it.”

Escamilla said that when he took the NYC job this spring, he “specifically asked” if there were any plans to close the camp.

“I was told, ‘Absolutely no, Pat. Our numbers a growing, and there is no discussion of closure for a couple years,’” Escamilla said.

Escamilla said he hasn’t yet received any information about what would happen to NYC employees if the camp were to close.

Escamilla said he began meeting with NYC and NGRSD staff shortly after speaking with Clayton.

“I laid out what was told to me. I didn’t have a lot of answers for them, but a lot of anxious employes, to say the least,” Escamilla said.

The staff took the news with “a mixed range of emotions.” Newer staff asked him if they should start job-hunting, but seasoned staff were more hopeful that the camp would survive the proposed closure once again.

“They were shocked as well, but it’s like they know the fire drill — ‘We’ve been through this before,’” Escamilla said. “… I was open and honest, and said, ‘This is brand new to me. I had no idea.’”

Community members, and even former residents also expressed concern over the proposal. On Facebook, a former NYC resident said she supported the camp.

“I wasn’t in DNR when I was there, but the help I was given was truly life changing!!” The Lewis County woman wrote. “I wish they’d just leave it alone!”

The proposed closure is part of an ongoing trend of closing Washington’s youth detention facilities and reducing services at the few surviving facilities. A decade ago, NYC was one of several JRA facilities around the state. JRA services included a girls’ division at NYC; Maple Lane, a Centralia facility that housed as many as 200 youth offenders, many of whom had mental health issues; and Camp Outlook, a uniquely successful military “boot-camp”-style program in the small eastern Washington town of Connell. Maple Lane closed in 2012, and Camp Outlook closed in 2015. Now NYC is one of just three surviving facilities.

DSHS leaders have cited a variety of reasons for the closures, including budget shortages, changing sentencing and treatment philosophies, and a dramatic reduction in youth crime. According to data provided by the Washington Association of Police Chiefs and Sheriffs, statewide, there were 50,694 juvenile arrests in 1995. By 2010, the number of juvenile arrests was down to 20,206, and in 2015, just 12,600 juveniles were arrested.

Still, Escamilla said NYC has been very busy. The camp is funded for 76 residents, but in recent history, it has consistently had a census of about 110 percent above that. Currently, there are 84 residents.

Escamilla thinks the camp is doing a good job of providing individualized care and unique opportunities to residents. The small setting, dedicated staff and progressive “restorative justice” approach get results, he said.

“I think what’s unique about Naselle is our turnaround. We move these kids out to group care pretty quick and get them back to where they reside. We’re proud of that,” Escamilla said. He thinks NYC residents also benefit from the camp’s vocational training and community service opportunities.

“They work all day, take a shower have a bite to eat, and they are in school until 8:30,” Escamilla said. “I think it creates this work ethic, this discipline.” He shared the story of a former resident who spoke at the recent 50th anniversary celebration about the job training he received at NYC. The young man is now employed, and doing well.

“That’s just one story, but I think it tells of the good partnership and the good outcomes we have. They are giving back and they can redeem themselves. … It’s not about punishment, it’s about giving back,” Escamilla said.

“I’ve already seen some emails pointing out how important NYC is to the community there,” DSHS spokesman Chris Wright said on Dec. 19. “I’d stress again that you guys have been there before and have gotten through it. This is a lengthy process.”

Asked what locals could do to support the camp, he and Escamilla encouraged interested citizens to watch out for upcoming meetings, and contact their legislators.