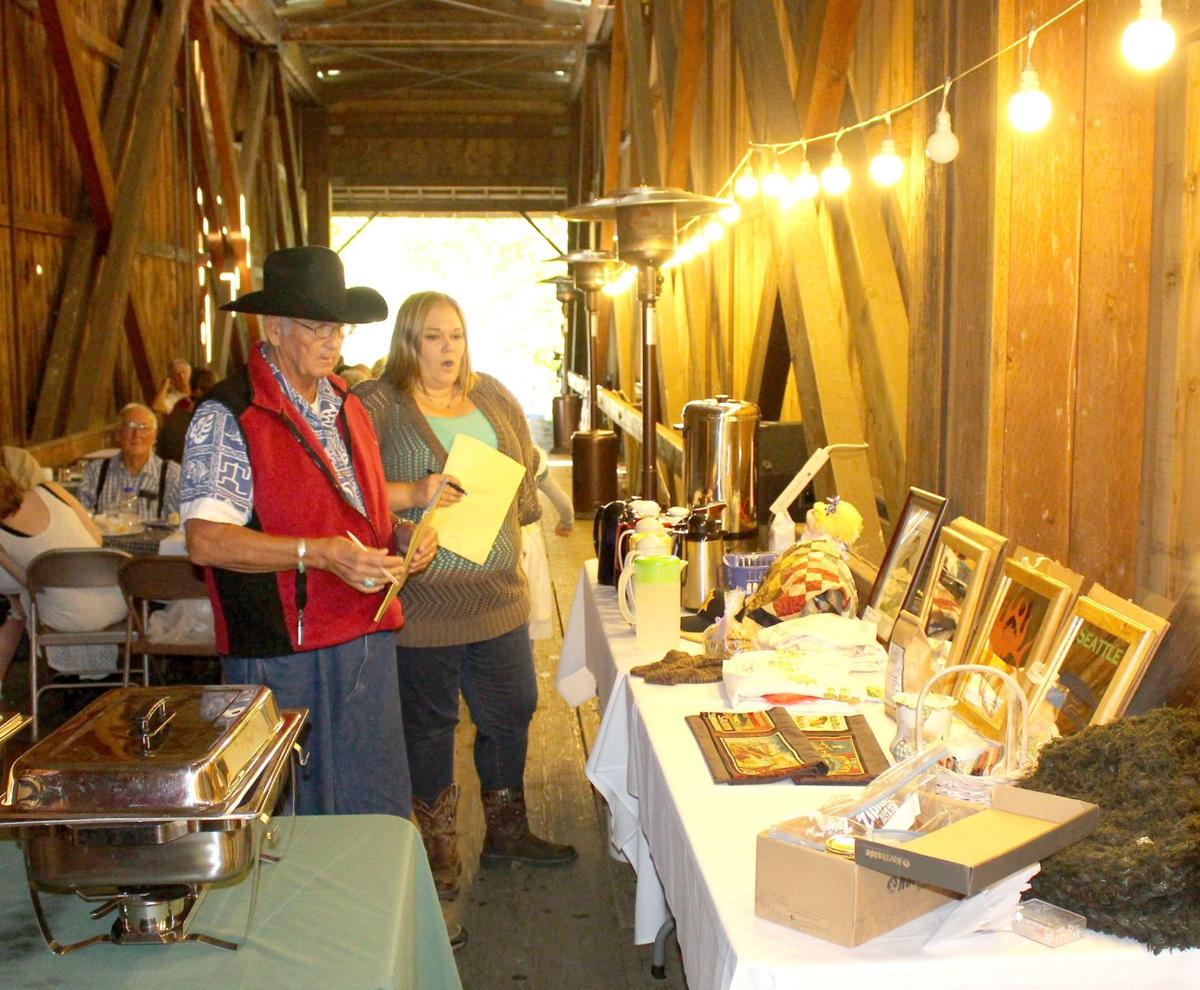 Auctioneer Joel Fitts looking over some of the auction items at the Covered Bridge Dinner in Grays River on Oct. 4. 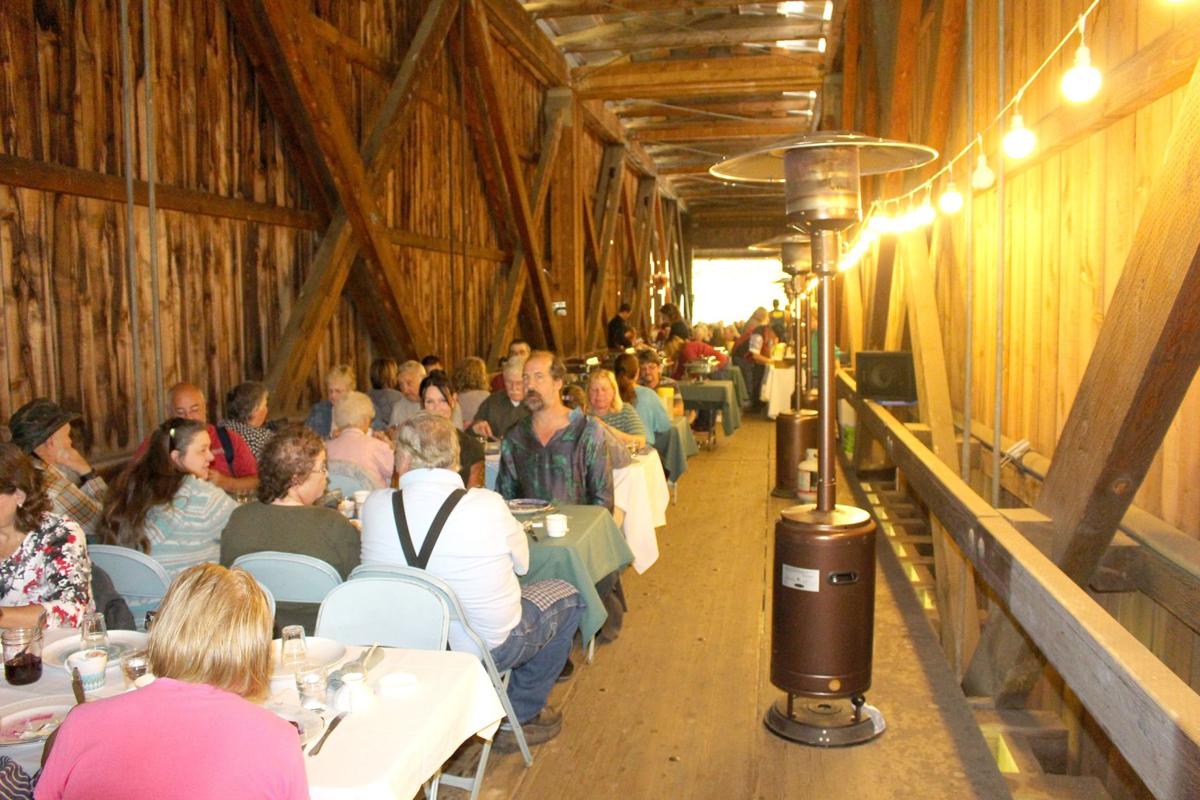 Auctioneer Joel Fitts looking over some of the auction items at the Covered Bridge Dinner in Grays River on Oct. 4.

Highlights included live music and a pie social at the Puget Island Farmers Market on Friday, a 4H Open House at the Wahkiakum County Fairgrounds on Saturday and the dinner on the bridge later that evening. It was a true community event with volunteers of all ages and parts of the county pitching in.

WSU Wahkiakum County Extension Director Carrie Backman reported, “This is the seventh year of the event. It was initiated in 2007 by Extension volunteers when WSU Extension and 4-H were threatened with closure due to county budget cuts. The original committee came up with the idea to showcase the value of 4-H and Extension, and help raise funds in a unique, fun way. This committee included Bob Larson of Rosburg, Lois Nelson of Cathlamet, Carol Ervest of Deep River, Esther Gregg of Rosburg, Rob and Diane Stockhouse of Puget Island, and Paula Carlson of Puget Island.

One hundred and twelve tickets were sold for the dinner. It was an enjoyable evening of community comradery with excellent food, outstanding music by Portland and North Coast violinist Jeffrey Reynolds, and wonderful cowboy humor and poetry by Grays River resident Joel Fitts. A group of very special young ladies insured all of the needs of the diners were well met. Following the dinner, Fitts served as the auctioneer for a large variety of items donated by local residents and merchants. In the true spirit of the evening, some items were purchased and then immediately donated back to be re-auctioned. Altogether, the event raised more than $4,000 for Wahkiakum 4H.