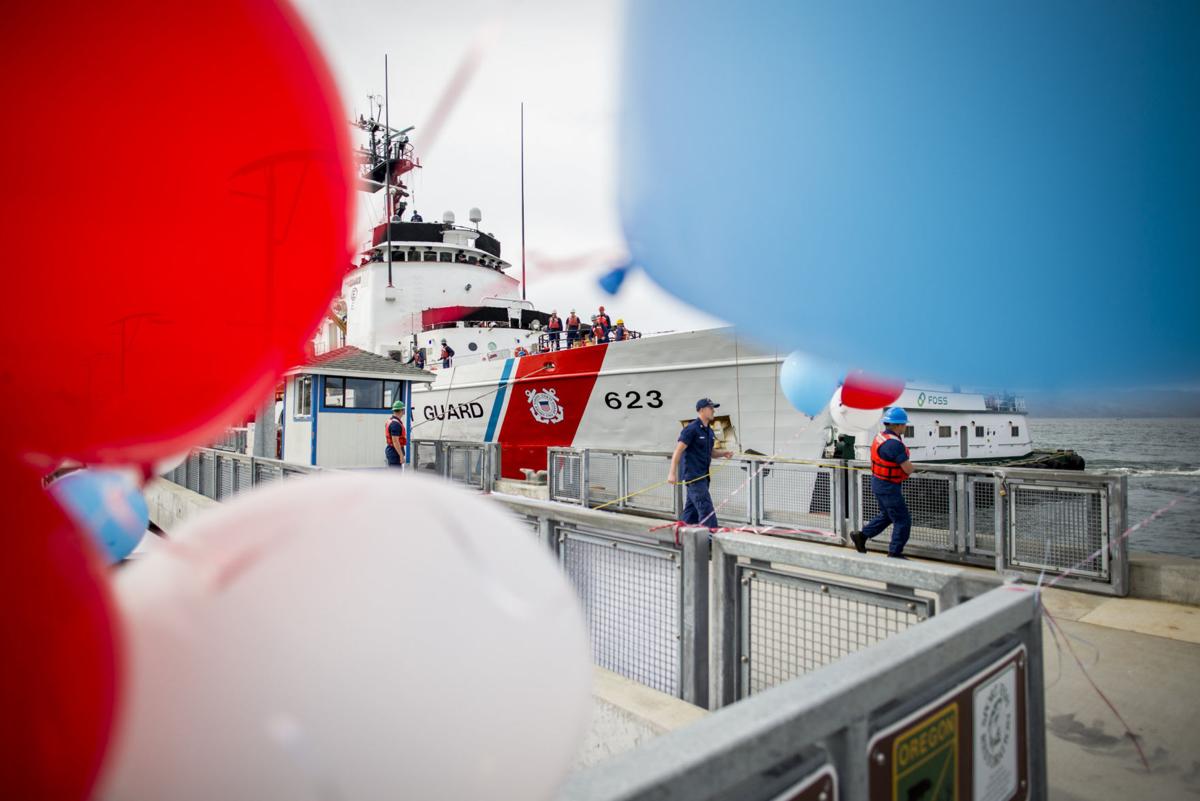 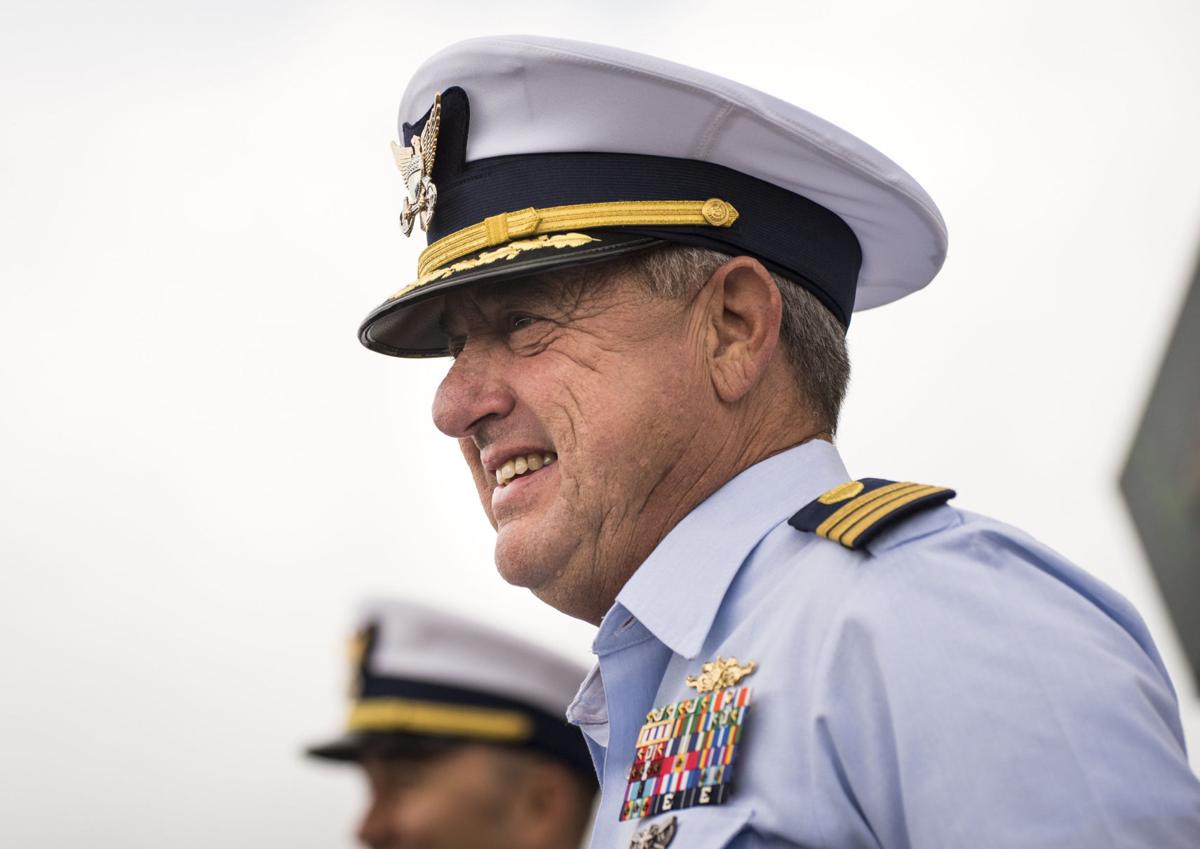 Cmdr. Jose M. Bolanos lets out a smile during the change of command ceremony aboard the U.S. Coast Guard cutter Steadfast Monday. Bolanos, who came from Yorktown, Va., will assume command duties of the ship and crew. 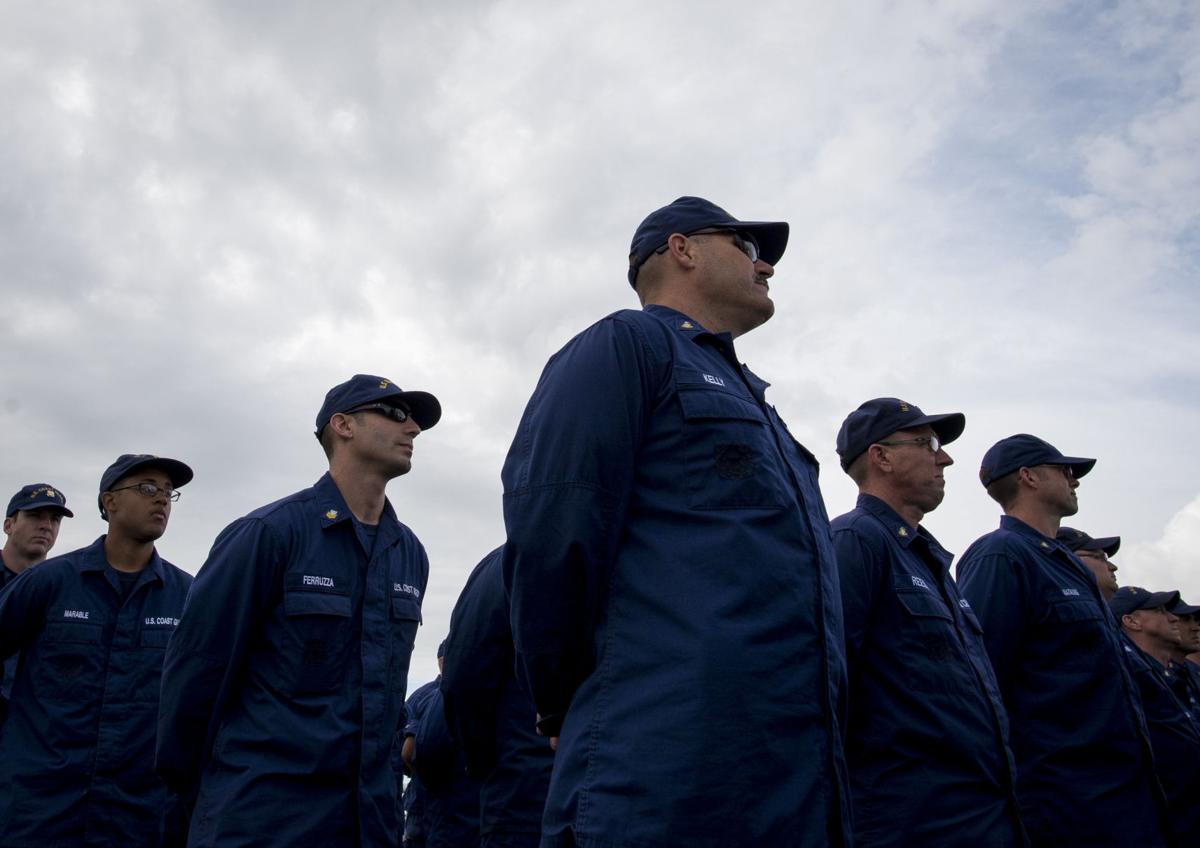 The crew of the U.S. Coast Guard cutter Steadfast stand at attention during the change of command ceremony aboard the ship. 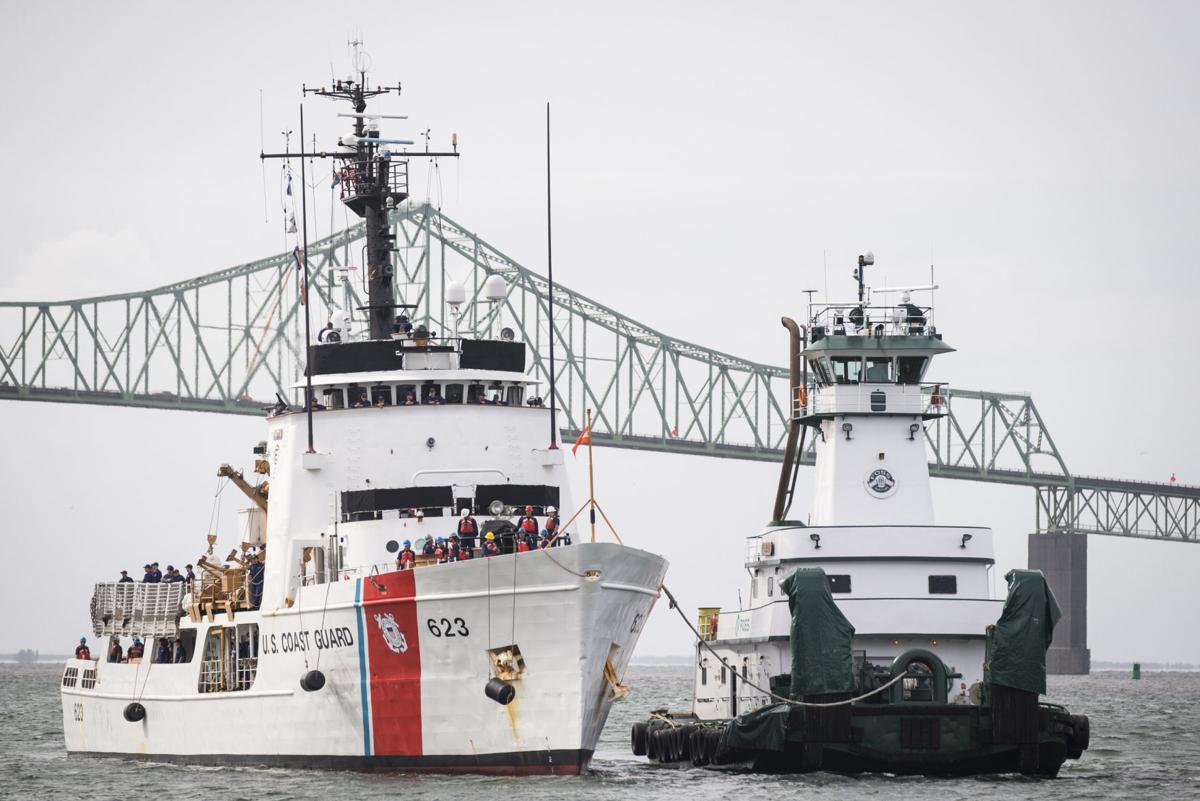 Cmdr. Jose M. Bolanos lets out a smile during the change of command ceremony aboard the U.S. Coast Guard cutter Steadfast Monday. Bolanos, who came from Yorktown, Va., will assume command duties of the ship and crew.

The crew of the U.S. Coast Guard cutter Steadfast stand at attention during the change of command ceremony aboard the ship.

Once the Steadfast was docked, family members boarded and the ship’s crew assembled on the flight deck to preside over a change of command from Mark Walsh, who recently took over for ousted commander John Bitterman, to Jose Bolanos, a 36-year Coast Guard veteran on his first assignment in the Pacific Northwest.

“To the crew of the Steadfast, it is an honor and truly a privilege to be commanding officer,” Bolanos said.

“I look forward to working with you and keeping the Steadfast semper paratus,” he said, invoking the Latin term and motto of the Coast Guard: Always ready.

Bolanos, who moved to Astoria with his wife, Susan, and three of his five children, was most recently with the International Mobile Training Branch at a training center in Yorktown, Va. Capt. Thomas Crabbs, chief of staff for Pacific Area Command, which oversees the Astoria-based cutters Steadfast, Alert and Fir, said Bolanos was the Coast Guard’s first choice as new commander. Crabbs lauded Bolanos’ 36 years of duty, noting he sailed with Vice Adm. Charles Ray, commander of the Pacific Area, when he was an entry level officer.

“I don’t know that there’s any more seasoned sailor who could be taking the reins of your command and joining you as a shipmate,” Crabbs said, adding Bolanos has a reputation as a good leader, coach and tenacious operator.

Astoria’s cutters fit into the Coast Guard’s Western Hemisphere Strategy, a document released a year ago that details the Coast Guard’s strategy to protect the U.S. and secure its southern borders by combating transnational crime networks and safeguarding commerce.

The cutter also spent much of its deployment training, said operations officer Lt. Jonathan Wolstenholme, because slightly more than half the crew was new. A major training piece, he added, was aviation standardization to make sure helicopters know how to land on the ship.

When the Steadfast came in Monday, it did so with the assistance of a tug boat. Wolstenholme said the ship was dealing with some “mechanical casualties.” The cutter will spend a couple of months in port for maintenance, Wolstenholme said, before heading back out on deployment.

Bolanos is technically the Steadfast’s fourth commander since April.

Cmdr. John Bitterman took command of the Steadfast in July 2014. He was temporarily relieved of his command shortly before the Steadfast’s most recent deployment in April.

The reason given by Pacific Area Command was a loss of confidence in his abilities to lead, although no further explanation was given. Darrin Gibbons, Bitterman ’s attorney at the time, said the ousted commander had identified problems on the vessel such as lead contamination, poor decking and moldy mattresses, and was being retaliated against for whistleblowing.

Cmdr. John Pruitt of the Coast Guard’s Motion Picture & Television Office in Los Angeles originally took over temporary command of the Steadfast from Bitterman. Early on in the patrol, Wolstenholme said, Walsh took over for Pruitt, who had to go back to his other job advising on an upcoming movie about the Coast Guard.

Bitterman was permanently removed from his post over the summer, but still works for the Coast Guard at Sector Columbia River in Warrenton.