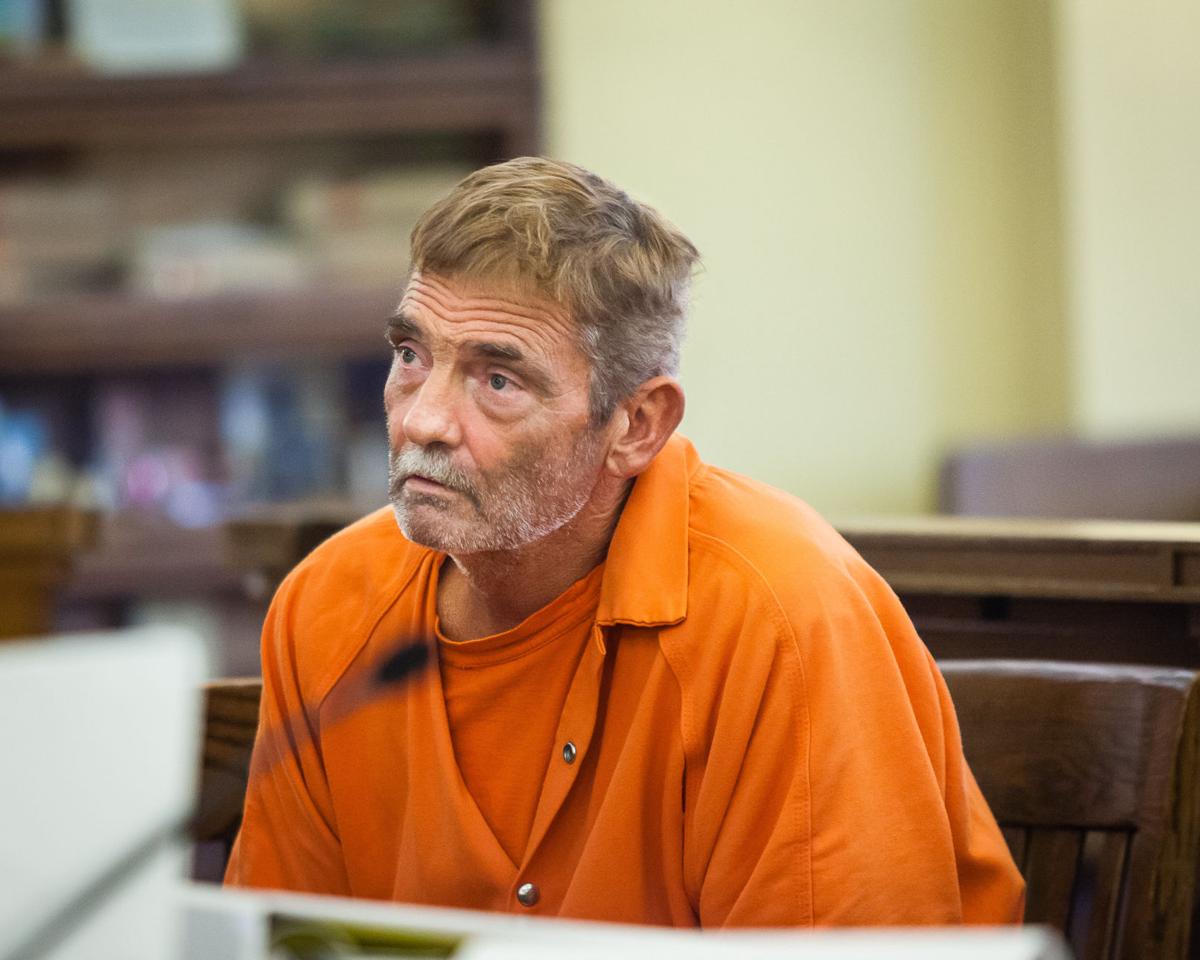 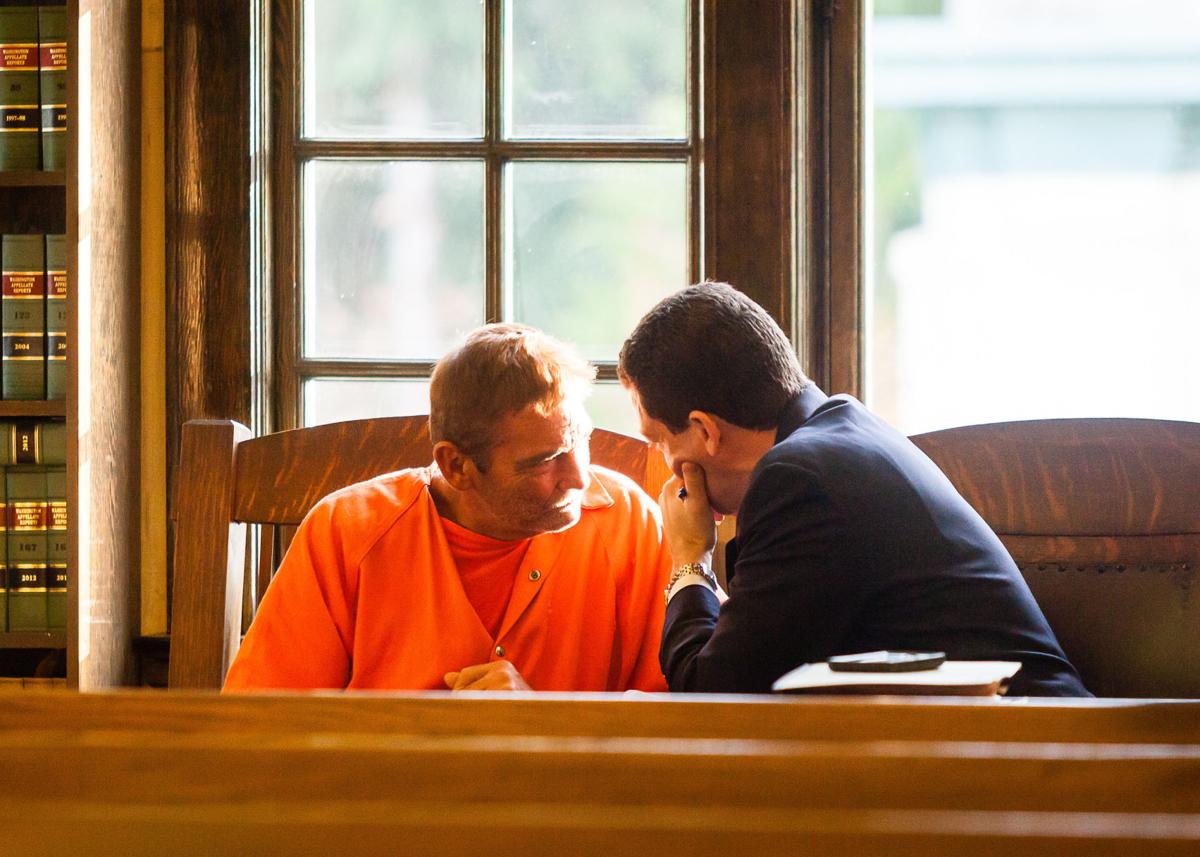 Last week, his stay in Mexico came to an abrupt halt when U.S. Marshals apprehended him at a Western Union outlet in Cabo San Lucas. Local and federal law enforcement officials have been pursuing Merrill since he disappeared in May, after his family bailed him out of Pacific County Jail.

In Pacific County Superior Court on Oct. 23, Prosecutor Mark McClain charged Merrill, 52, with a new count of bail-jumping and asked that he be held on a total of $1.5 million bail. However, visiting Court Commissioner Bill Faubion set Merrill’s bail in his two ongoing criminal cases at a total of $800,000.

On Tuesday morning, a Pacific County Sheriff’s Office official said the Marshals Service has thus far provided few details about Merrill’s time in Mexico, or how he was captured.

“I just know that we’ve been working on the U.S. Marshals on it,” Chief Criminal Deputy Pat Matlock said. “We got a call that he was in custody, and he was here shortly after.”

Merrill was first arrested on suspicion of dealing heroin and other drug-related offenses in the spring, after police raided his former home and go-cart and moped rental businesses in Long Beach.

Superior Court Judge Doug Goelz set his bail at $250,000 and allowed him to travel to California, where he was supposed to enter “Fresh Start,” a private drug treatment center. In an April letter to the court, a Fresh Start representative said Merrill would be carefully supervised while in treatment, and escorted by staff to any court appearances.

His attorney also promised Merrill would return for court dates, but that did not happen. Instead, he disappeared, forfeiting his bond. McClain’s office subsequently issued a warrant for his arrest and Commissioner Faubion issued a $500,000 warrant.

While Merrill was on the loose, Pacific County sheriff’s deputies established his involvement in an Ocean Park burglary and the later sale of guns from that burglary. That led to a second, separate criminal case, in which he was charged with gun, burglary and possession of stolen property charges. A new $1 million arrest warrant was issued.

During the Monday afternoon hearing, Faubion reviewed the charges and release conditions for both cases. Merrill has pleaded “not guilty” to all charges.

Generally, Washington law says people can only be held without bail in capital punishment cases, but McClain tried to argue that there was a legal precedent for holding a known flight-risk like Merrill without bail.

“He fled the country, he fled Washington and California,” McClain said. “… Somehow he was able to do this while not having his passport.” Furthermore, McClain said, Merrill allegedly indicated in a recorded jail phone call that he still has an independent income, possibly from the recent sale of the family’s downtown businesses. That increases the chances of Merrill fleeing again, McClain said.

“These charges are non-violent drug offenses and property crimes,” Mistachkin said. Faubion agreed, saying Merrill still had the legal right to a reasonable bail amount. However, he said that the bail should still be steep. When Mistachkin called the original amount set by the court “excessive,” Faubion replied, “It can’t be excessive if it wasn’t sufficient to keep him here.”

McClain then asked for $1 million bail in the drugs case.

“It’s clearly excessive. It’s clearly a punishment for Mr. Merrill fleeing the jurisdiction,” Mistachkin said. He claimed his client doesn’t have the independent means to get himself out of jail.

With a total amount of $800,000, Merrill’s family would have to come up with about $80,000 to get him out of jail. If he were to be released, he would be required to live with his parents, abstain from drugs and alcohol, regularly check in with the court, and stay away from all other parties in his criminal cases.

However, Mistachkin claimed that this time, his client is likely to stay in lockup until his trial.

“His parents are not going to bail him out again,” he said.

In an Oct. 20 press release, McClain praised PCSO Detective Ryan Tully for his diligence, saying Tully “continued to work every lead to its conclusion and fed the information to the marshals in order to locate Mr. Merrill.”

He too had little information about how, exactly, the marshals caught Merrill, but said local and federal efforts to “follow the money” were key to cracking the case.

Investigators suspect one or more people in the U.S. may have helped Merrill escape, or supported him during his south-of-the-border sojourn. If so, charges could follow for those individuals, McClain said.

As of Tuesday morning, Merrill remained in Pacific County Jail. He is scheduled for a three- to four-day trial in November. However, Mistachkin indicated that the trial will likely be delayed until late 2017 or early 2018.