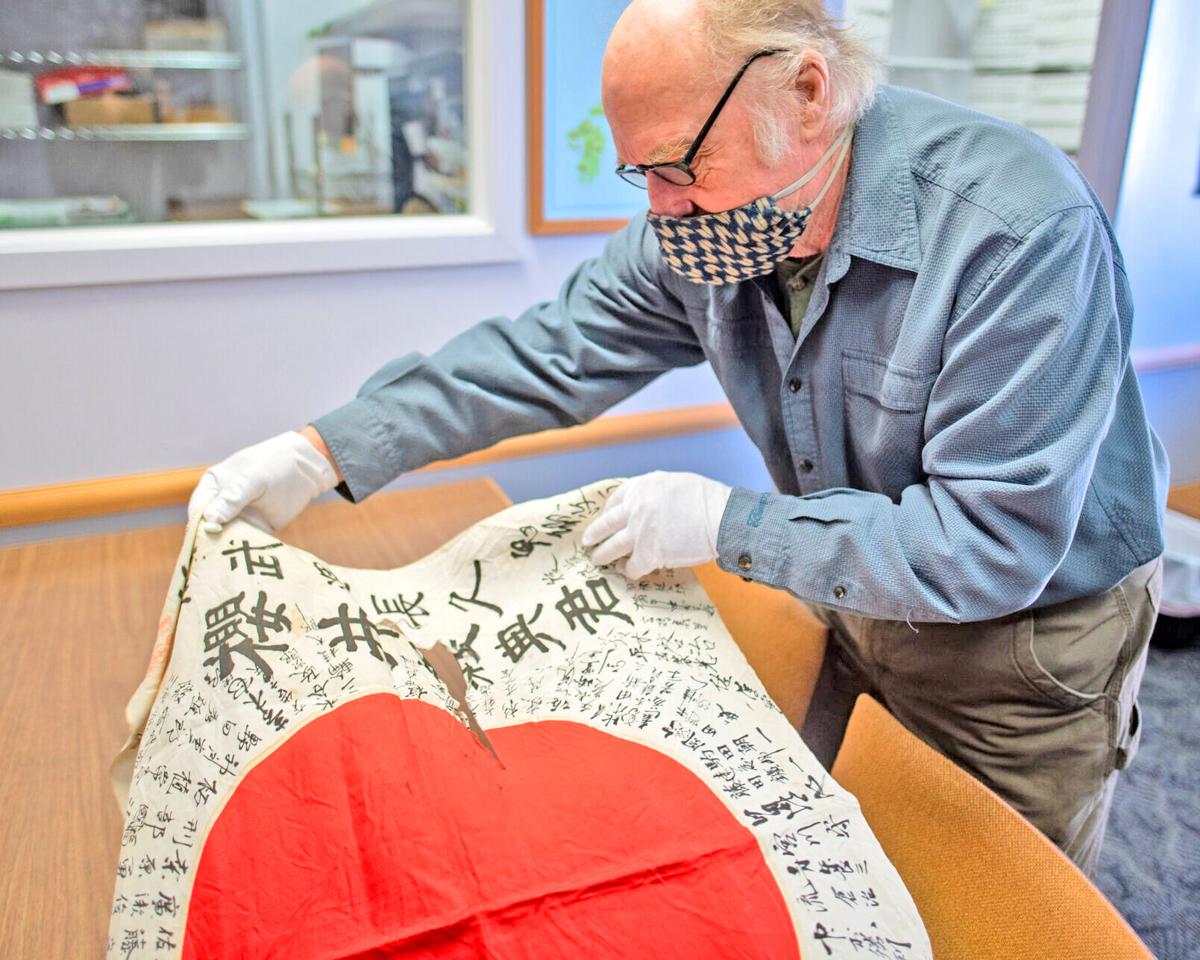 Randy Puseman lays out a Yosegaki Hinomaru flag once owned by a Japanese soldier in World War II. The George C. Marshall Foundation in Virginia sent the flag to the Obon Society in Astoria to help find and return it to the soldier’s family. 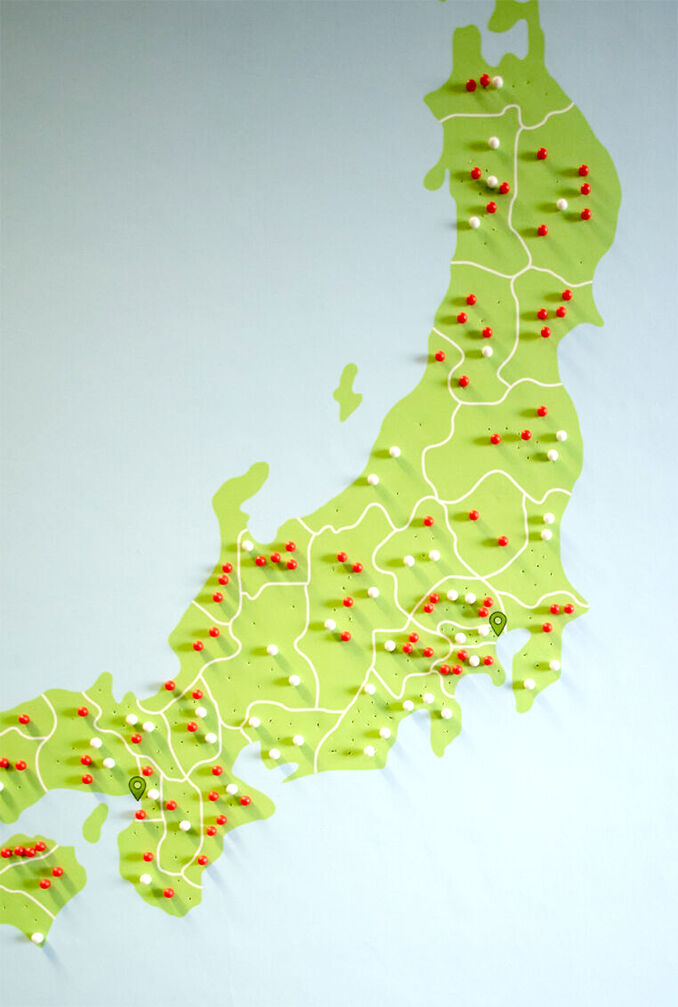 A map in the Obon Society marks places where flags have been successfully returned in Japan. 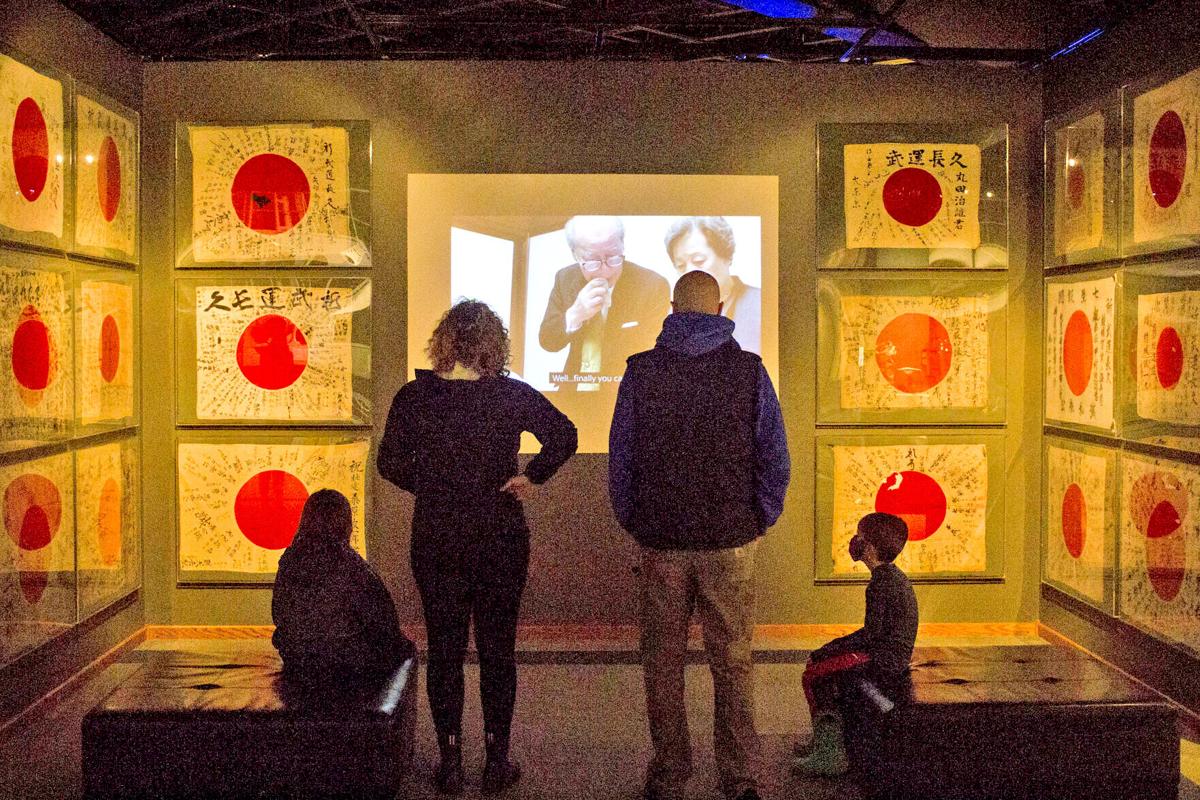 A family visits ‘A Peaceful Return: The Story of Yosegaki Hinomaru,’ an exhibit at the Columbia River Maritime Museum about the Obon Society’s efforts to repatriate flags. 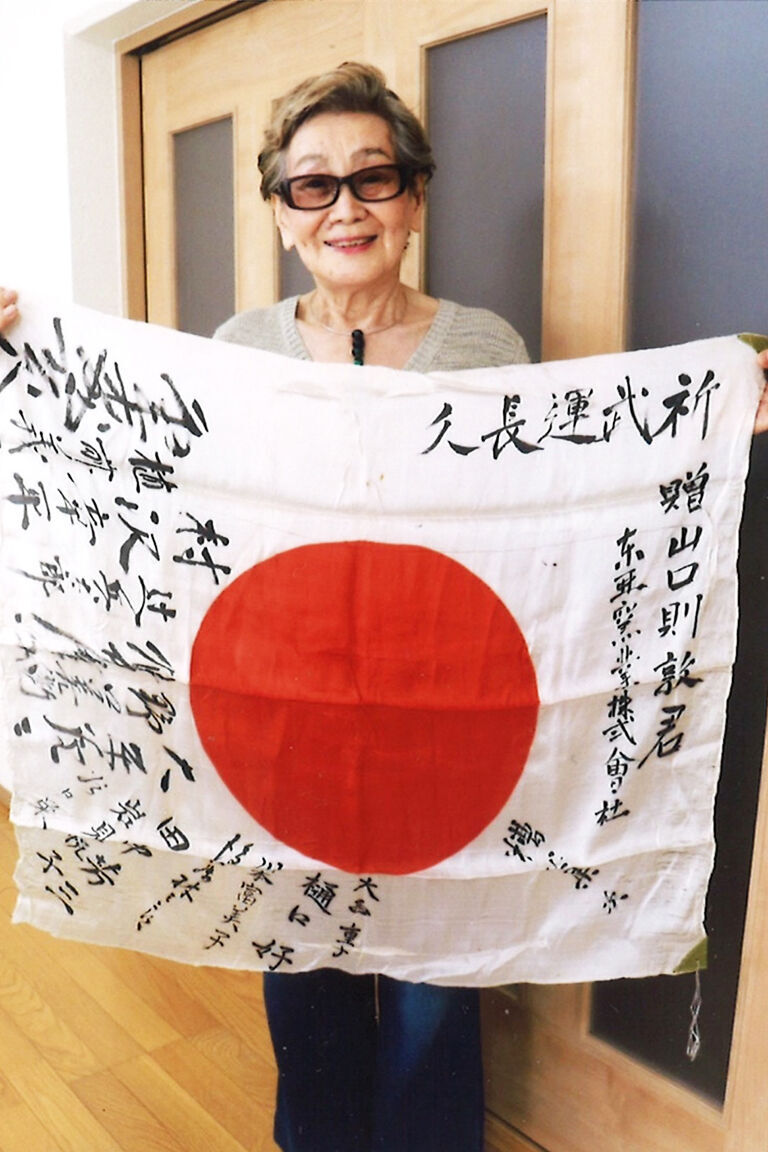 Noriko Koishi, who received her late father Noriatsu Yamaguchi’s Yosegaki Hinomaru flag in September, described the occasion ‘as if my father rubbed his cheek against my cheek after a long time.’ 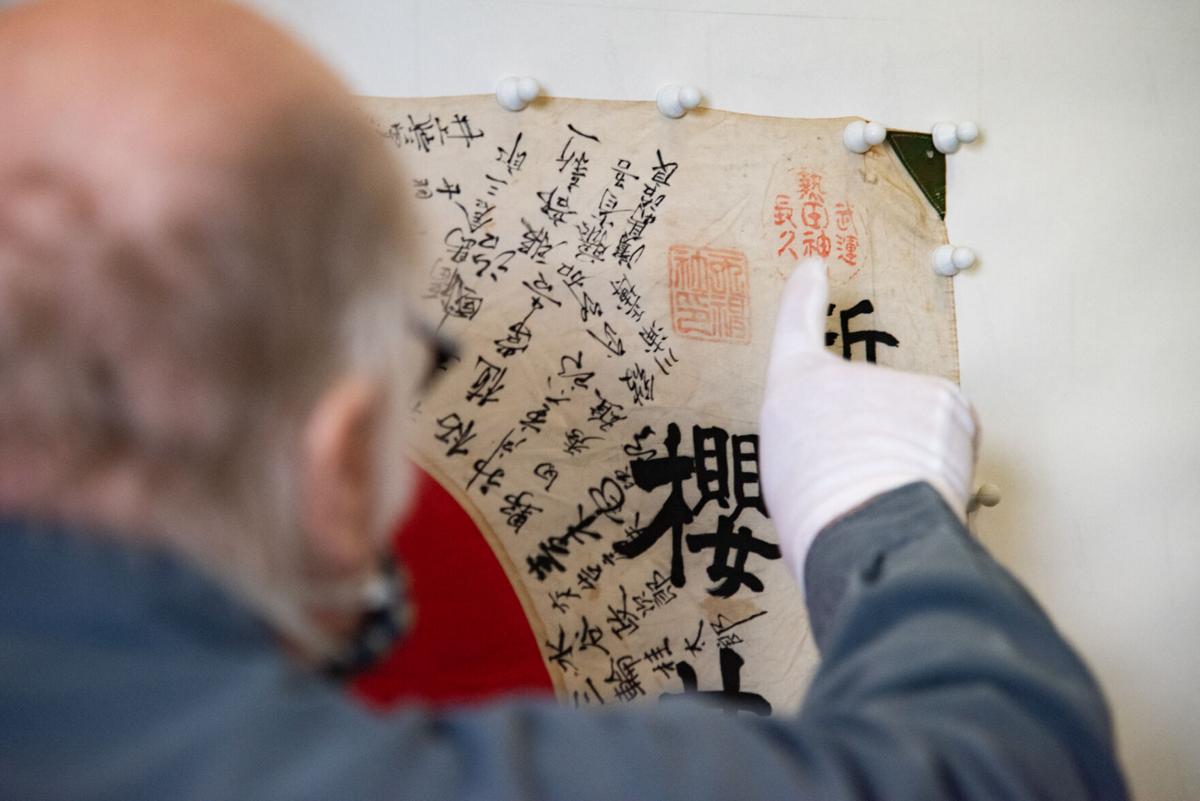 The Yosegaki Hinomaru flags are covered in kanji characters and red stamps from their local Japanese temples. 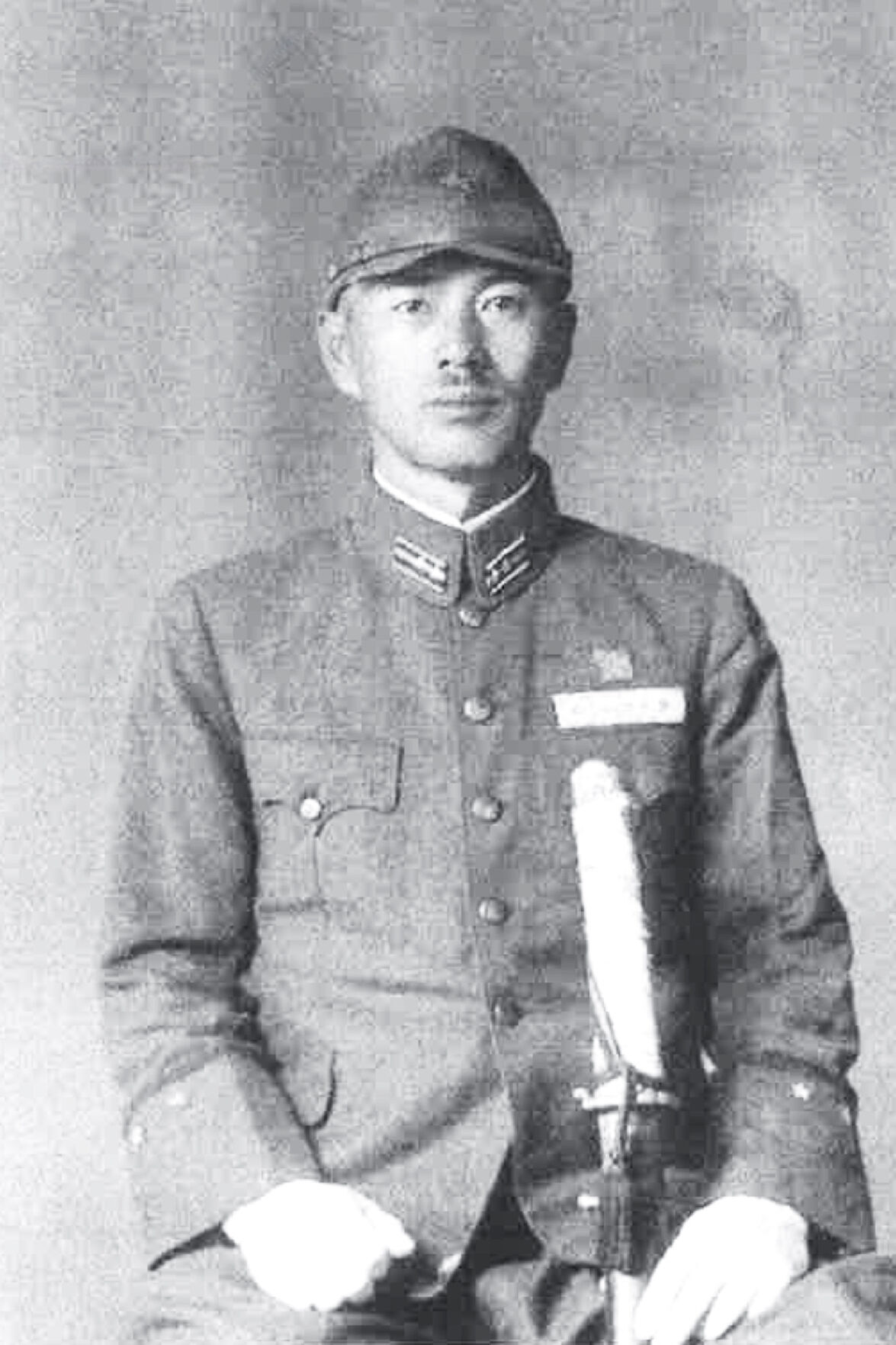 The Obon Society returned a Yosegaki Hinomaru to the daughter of Noriatsu Yamaguchi, a Japanese army captain. 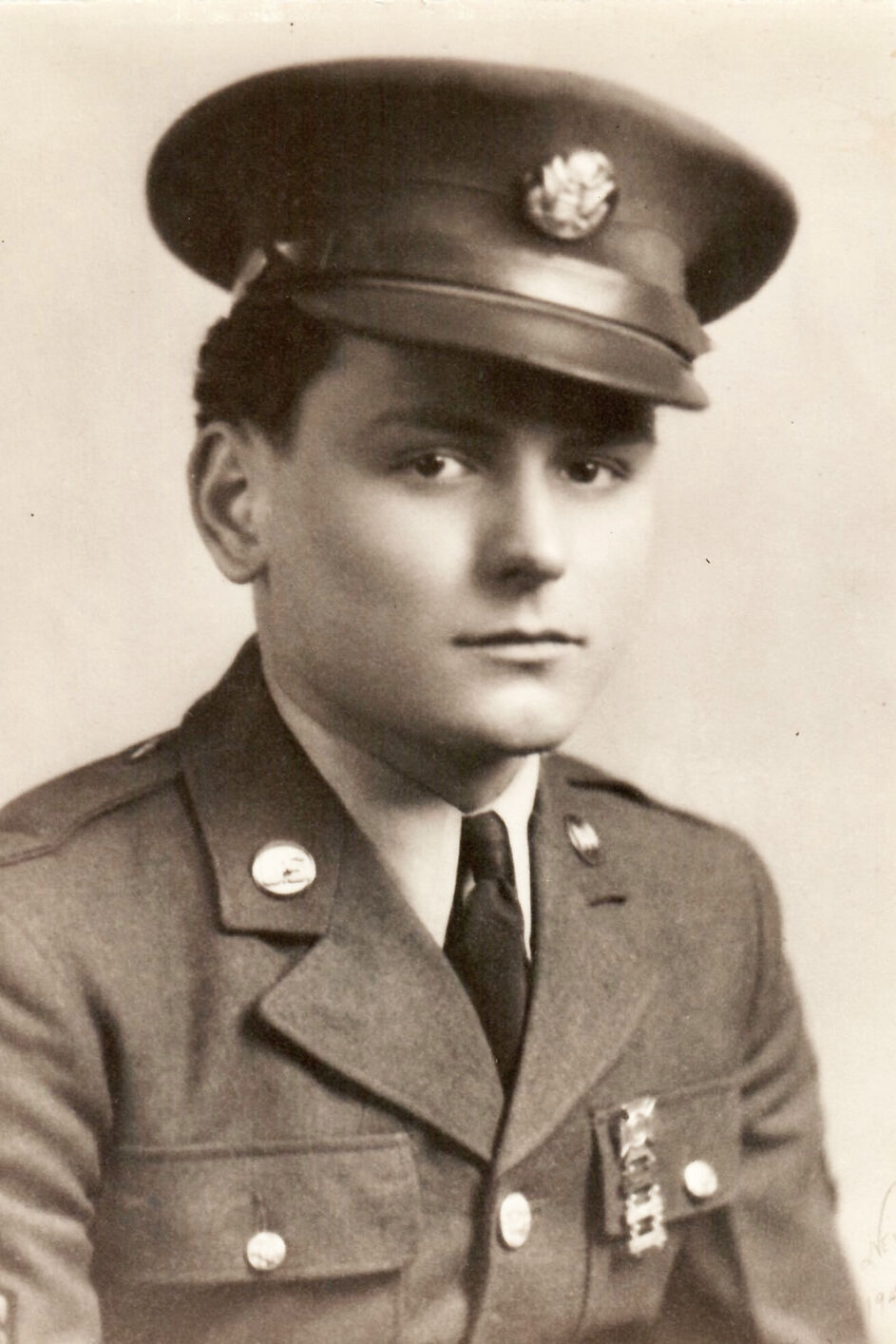 Neil Edgar Huard served as a staff sergeant in the U.S. Army’s 32nd Infantry Division in the Pacific and returned home to Michigan with a Yosegaki Hinomaru flag.

Randy Puseman lays out a Yosegaki Hinomaru flag once owned by a Japanese soldier in World War II. The George C. Marshall Foundation in Virginia sent the flag to the Obon Society in Astoria to help find and return it to the soldier’s family.

A family visits ‘A Peaceful Return: The Story of Yosegaki Hinomaru,’ an exhibit at the Columbia River Maritime Museum about the Obon Society’s efforts to repatriate flags.

The Yosegaki Hinomaru flags are covered in kanji characters and red stamps from their local Japanese temples.

The George C. Marshall Foundation in Virginia houses many spoils of war gifted to the decorated World War II-era general and statesman. Marshall, the architect of the postwar plan to rebuild Europe, was presented everything from a golden broadsword that once belonged to the late Italian dictator Benito Mussolini to a German Enigma cipher machine.

The foundation recently sent the flag to the locally based Obon Society to begin the search for its rightful owners, part of a growing global trend of museums returning artifacts.

Cathy DeSilvey, the director of the foundation’s recently closed museum, was curating an exhibit on spoils of war several years ago when she came across the flag.

“As I researched the flag to write a text label for it, I realized what a significant spiritual item it is,” she said in an email. “Our museum is not its true home, and (it) belongs to the family of the solder. This is when I became aware of the Obon Society, and of the complicated museum conversation about repatriating artifacts.”

Naselle residents Keiko and Rex Ziak started the Obon Society 11 years ago. The inspiration came after the Good Luck Flag of her grandfather, who disappeared in a Burmese jungle during the war, was left by a Canadian collector at the front desk of a hotel in Tokyo. The hotel staff spent around a year finding her family to return the flag.

'On the night his flag returned, [it was] almost as if my father rubbed his cheek against my cheek after a long time. I held the flag [to my] chest and fell into a shallow sleep trying to control my emotion.'

Nine years old when her father left for war in 1944

The Obon Society has since returned around 380 family heirlooms — mostly Good Luck Flags — to families in Japan. People have recognized the spiritual significance of the flags to families as separate from the battlefield, Keiko Ziak said.

“Obon Society does not ask them, ‘Hey, you have this. Can you just return it?’,” she said. “We don’t say that. It’s just naturally come from their heart. They contact us.”

DeSilvey differentiated the spiritual value of the Good Luck Flag from Mussolini’s golden broadsword, an artifact looted by the Army’s 10th Mountain Division that she said the foundation intends to keep.

“The story of the sword is that it is given to Mussolini for the creation of fascism, but Marshall receives it for defeating fascism,” DeSilvey wrote. “When someone asked about repatriating that object, my feeling is, ‘No — we won that one fair and square!’”

Archivists in Astoria received the flag from the Marshall Foundation, snapped high-resolution photos and uploaded the information to online servers for researchers in Japan.

“At that point, it becomes a detective game, almost like the FBI finding a counterfeit dollar bill, and trying to figure out where it’s come from,” Rex Ziak said.

The red stamp of a temple could clue researchers into a prefecture. The names inscribed around the rising sun give insight into the family and friends of the likely dead soldier.

It took the Obon Society about four years to trace the first flag they received back to a family in northern Japan. Since then, the Ziaks have hired a small staff and made connections with researchers in Japan, now returning on average two artifacts a week.

Researchers took about three months over the summer to find the heir of a Good Luck Flag sent to the Obon Society by Dionne Blaesing, whose late uncle, Neil Edgar Huard, served as a staff sergeant in the Army’s 32nd Infantry Division in the Pacific.

Blaesing went to Michigan to visit Huard in 2016 after he broke his hip in a fall. Her uncle died in surgery, and the family went to sort out his belongings. They found a box of mementos nobody had seen before, including baby boots, rattles, photos and a carefully packaged piece of silk with a splotch of red Blaesing said she didn’t initially realize was a flag.

“I said, ‘I’d like that material,’ because I sew, and I love material,” she said.

After unfolding the material at her home in Florida, Blaesing realized her uncle had brought home a Japanese flag. She found the Obon Society online and sent the flag to Astoria. Researchers traced it to Noriatsu Yamaguchi, a dead Japanese army captain.

They found his daughter, Noriko Koishi, who was 9 years old when her father left for war in 1944. Koishi and Blaesing later exchanged letters about the flag, Yamaguchi and Huard.

Koishi said her father was believed to have killed himself after being shot in the stomach on Luzon Island in the Philippines. She thanked Huard for taking such good care of her father’s flag, and Blaesing for returning his spirit home.

“On the night his flag returned, [it was] almost as if my father rubbed his cheek against my cheek after a long time,” Koishi wrote. “I held the flag [to my] chest and fell into a shallow sleep trying to control my emotion.

“Such reunion with my father would have never happened without your uncle’s thoughtfulness toward the flag and your arrangement. I announced the return of the flag to my late mother at the family grave.”

Blaesing was overcome with emotion while reading the letter from Koishi.

“How gracious can you get?” she asked. “I think the impact it had on me was to confirm the fact that there’s hope for us all, if we can all talk to each other.”

‘Everybody has a family’

The Ziaks encourage anyone with potential artifacts to contact them through obonsociety.org. They also encourage people to view the Yosegaki Hinomaru displayed in “A Peaceful Return: The Story of Yosegaki Hinomaru,” an exhibit at the Columbia River Maritime Museum in Astoria. The exhibit, installed in 2015, was meant to last two years but has taken on a semi-permanent status.

With the U.S. reeling from a rise in anti-Asian discrimination and violence, Keiko Ziak said, the return of the flags reminds people of the need for closure and their humanity, separate of ethnicity or religion.

“The bottom line is really (that) everybody has a family,” she said.