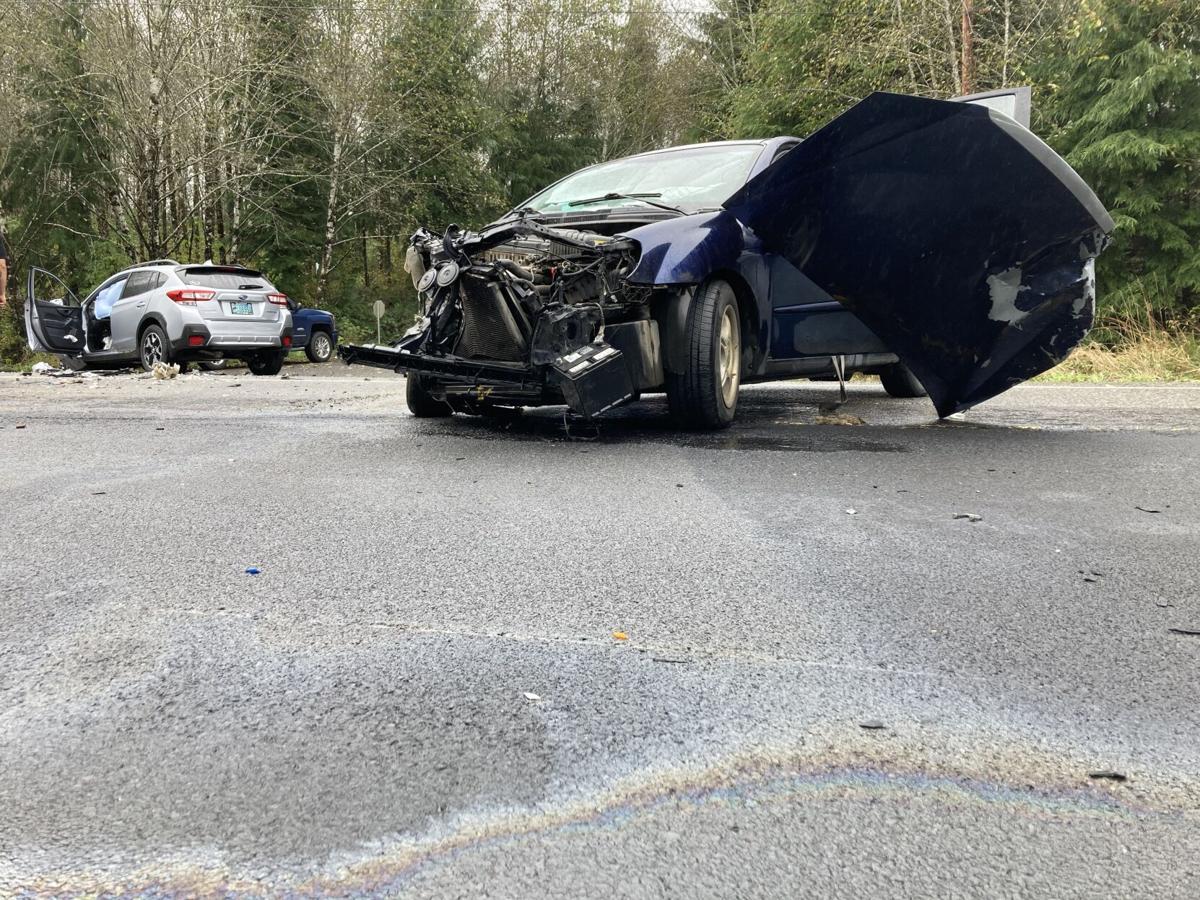 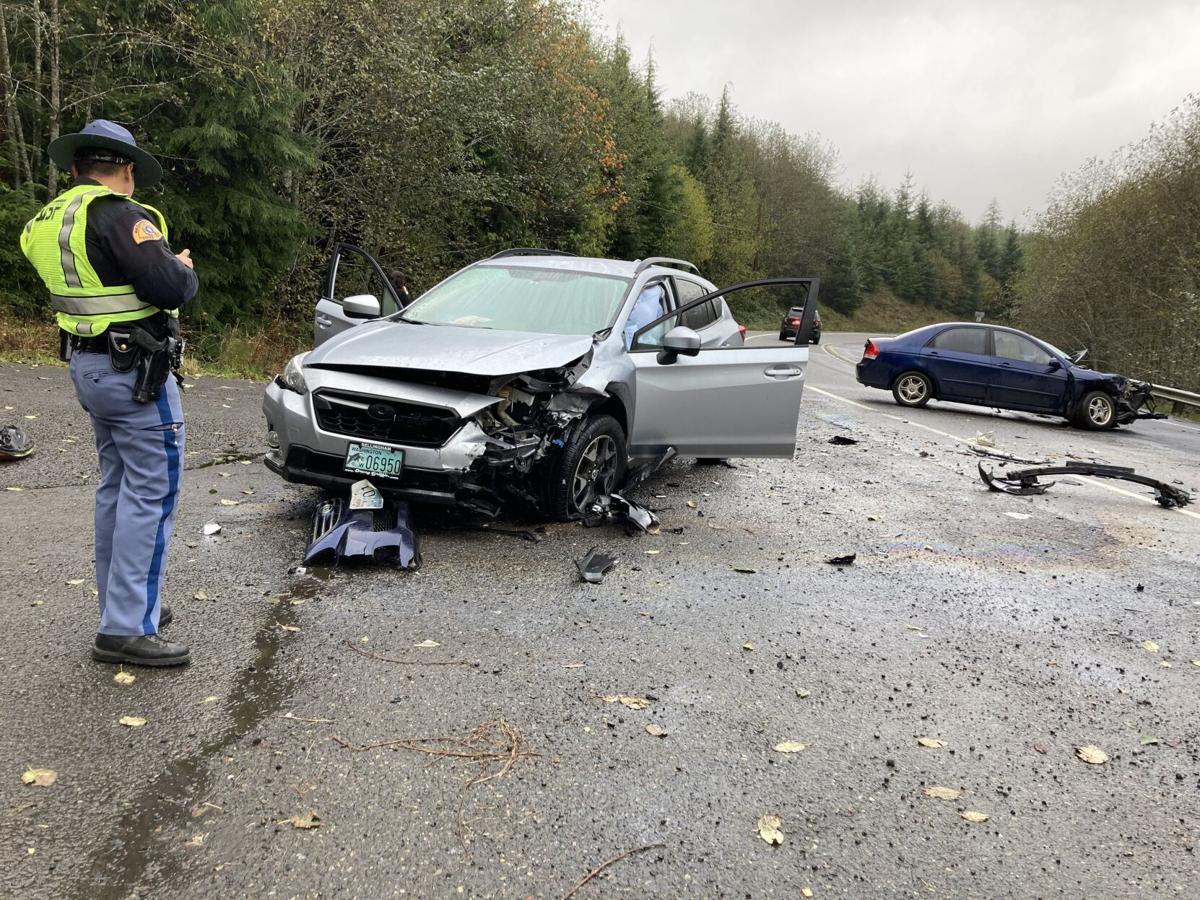 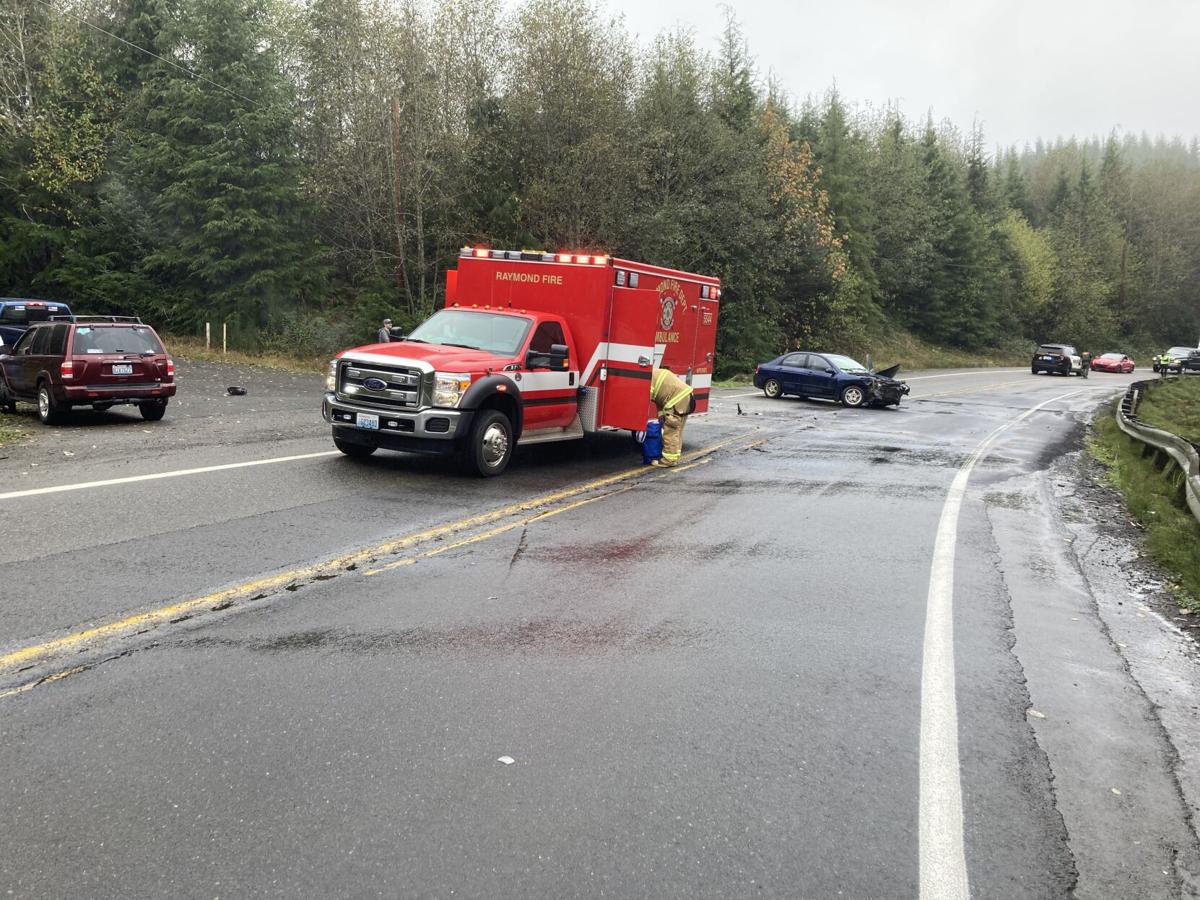 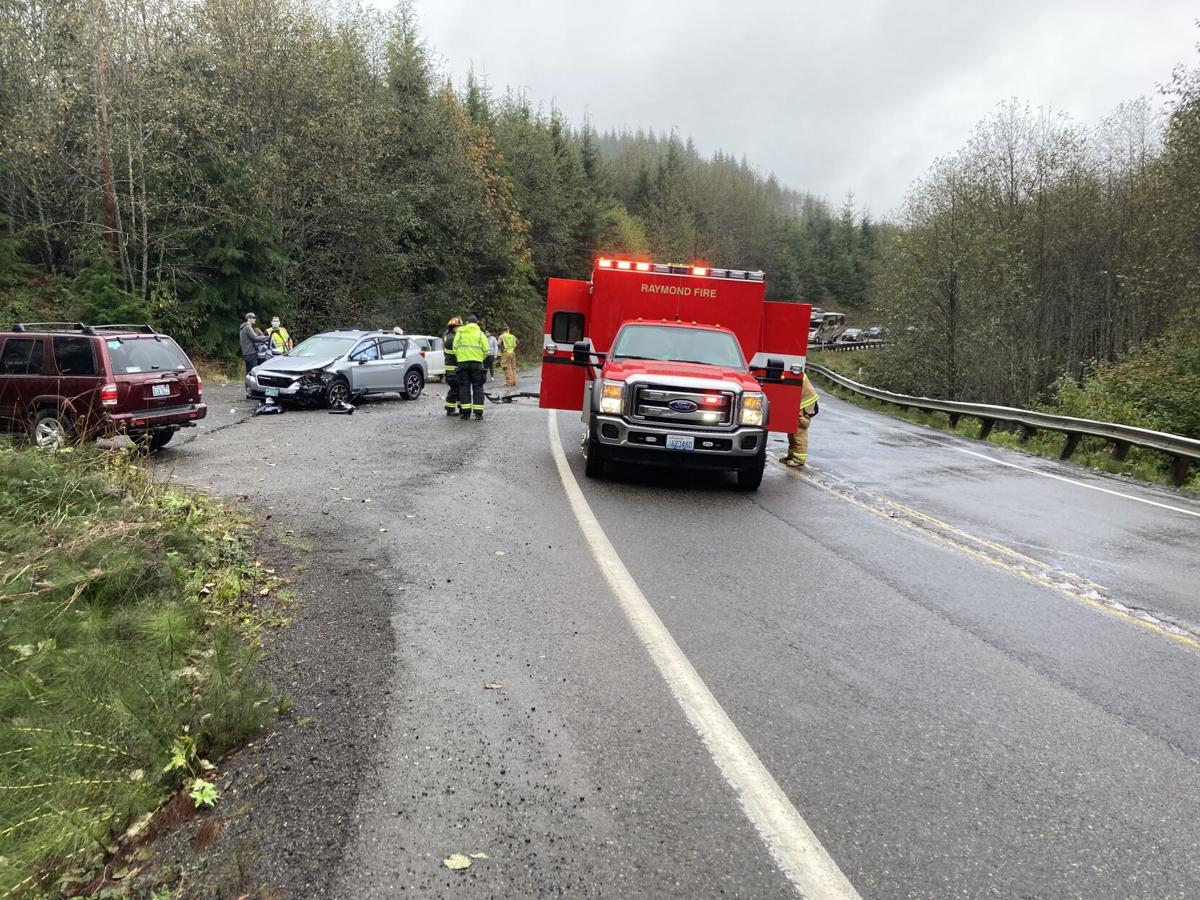 RAYMOND — Two drivers were transported to the hospital following what first appeared to be a catastrophic head-on collision on US 101 north of Raymond on Oct. 18, but were released with only bumps and bruises.

According to the Washington State Patrol, the Kia was being driven northbound by 51-year-old Susana Orozco-Dias of Raymond, with one passenger, when the vehicle lost control in a sharp corner and began spinning. The Subaru was heading northbound, driven by 38-year-old Matthew Compton of Edmonds, also with one passenger, and collided head-on with the Kia.

Both Orozco-Dias and Compton were transported to Willapa Harbor Hospital. WSP later reported that both drivers appeared to actually have not sustained any injuries beyond minor bumps and bruises. Neither passenger was injured.

Units from RPD, SBPD and PSCO shutdown US101 for around two hours and detoured traffic down Smith Creek Road and Butte Creek Road. The roadway was reopened around 4:45 p.m. after Maynard’s Towing of Raymond removed the Kia from the roadway.

WSP is still investigating what led up to the collision.

This is the second collision in the same section on US101 in less than a month. On Sept. 19, a driver lost control around the same corner and rolled down an embankment suffering minor injuries.

US 101 between Smith Creek Road and Butte Creek Road has a long history of being a dangerous section of US 101 and typically claims several vehicles in the fall and winter months.