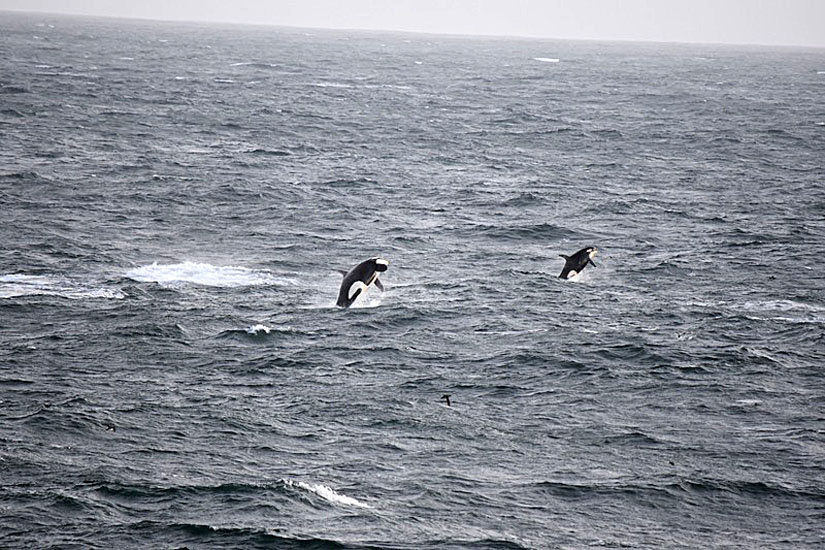 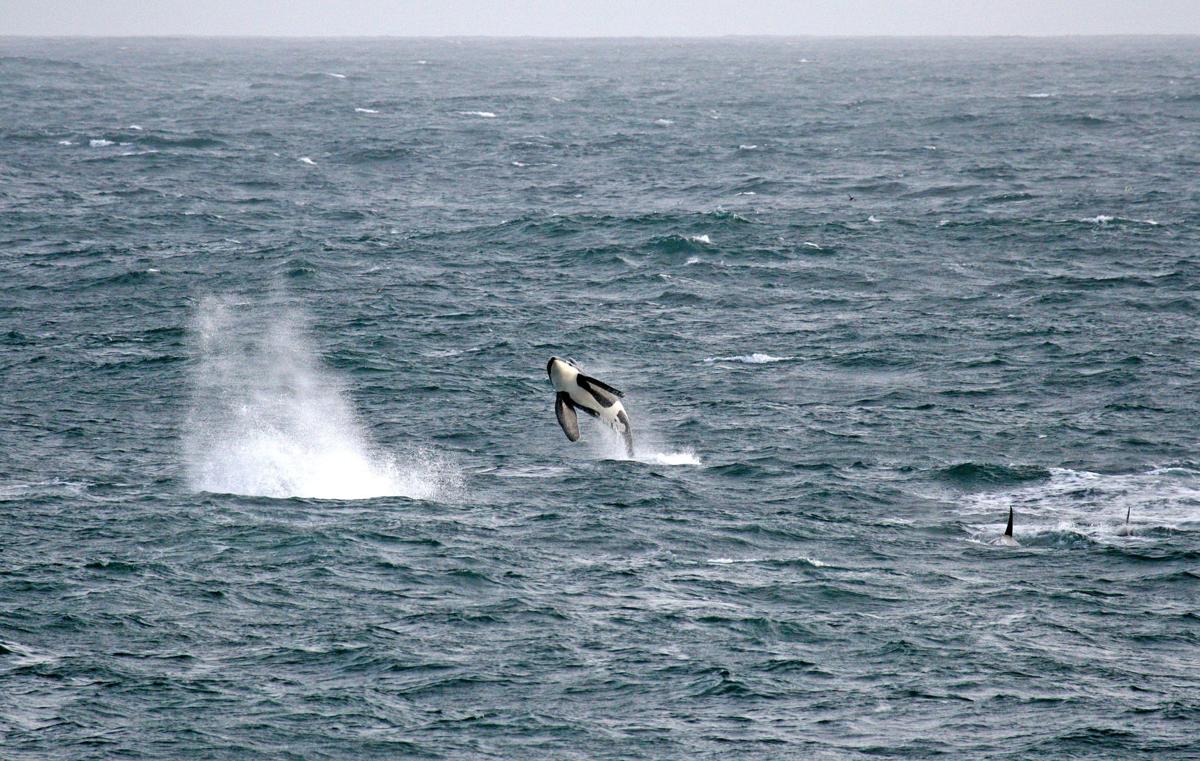 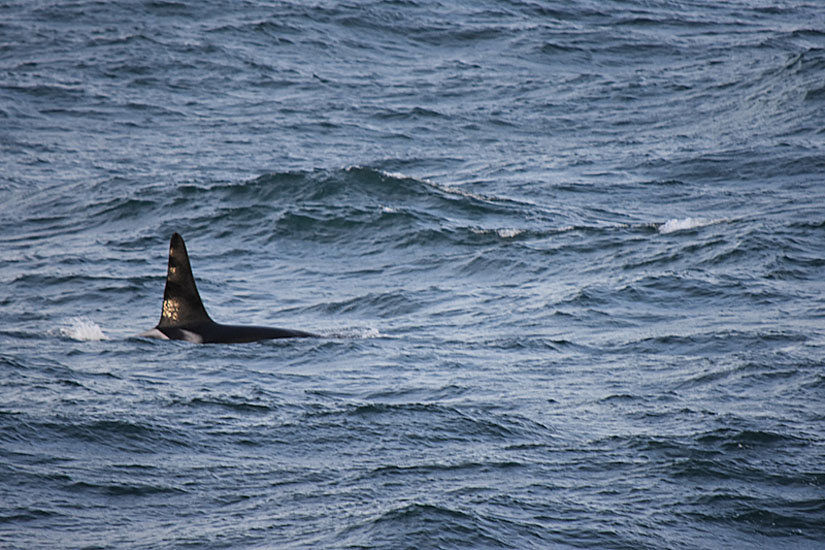 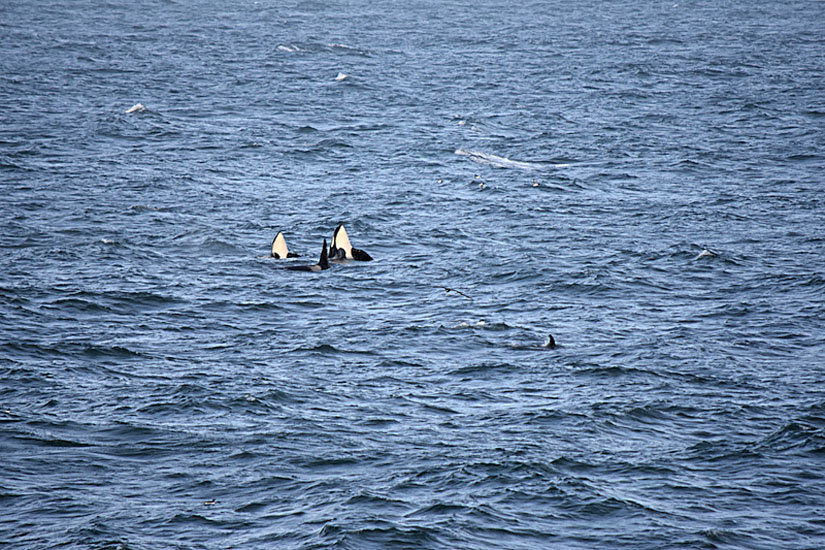 Orcas played in the waters off the mouth of the Columbia in April 2016. They are occasionally observed from Cape Disappointment State Park and Discovery Trail along the Peninsula’s western dunes.

“Woke up to clouds in the morning and our forecast was supposed to be rain and miserable, but we had a pretty good sea state of 3, swells were less than the last few days around 5-6’ and visibility was probably a mile out from 8-9:30 and it kept clearing up throughout the day. By noon we had sunshine, however, finding the whales was a tough.

“We were spent a fair amount of time between Willapa Bay and the mouth of the Columbia. By early afternoon our visuals team spotted some whales from Ls and Ks. They were fairly quiet into the late afternoon and then about 4:30 the two groups started coming closer together and displayed a lot of surface active behaviors like spy hopping, partial and full breaches for nearly an hour.

“Then they started calling and we were able to record some great pulsed calls too and were able to acoustically stay with the animals until just after midnight the next day.”