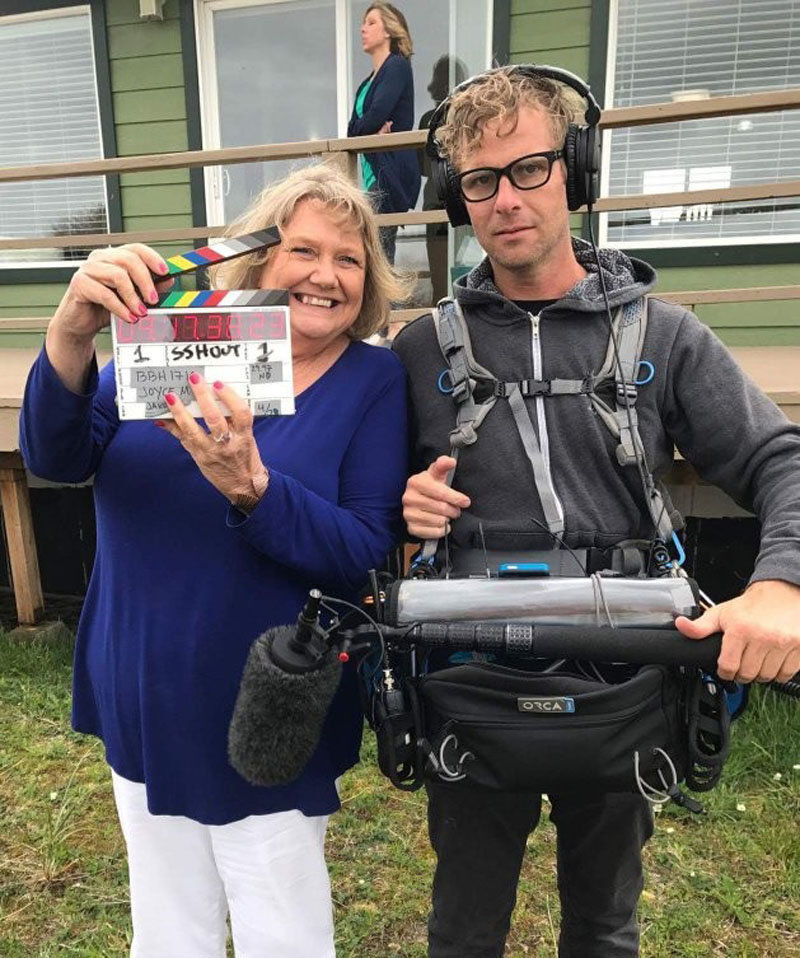 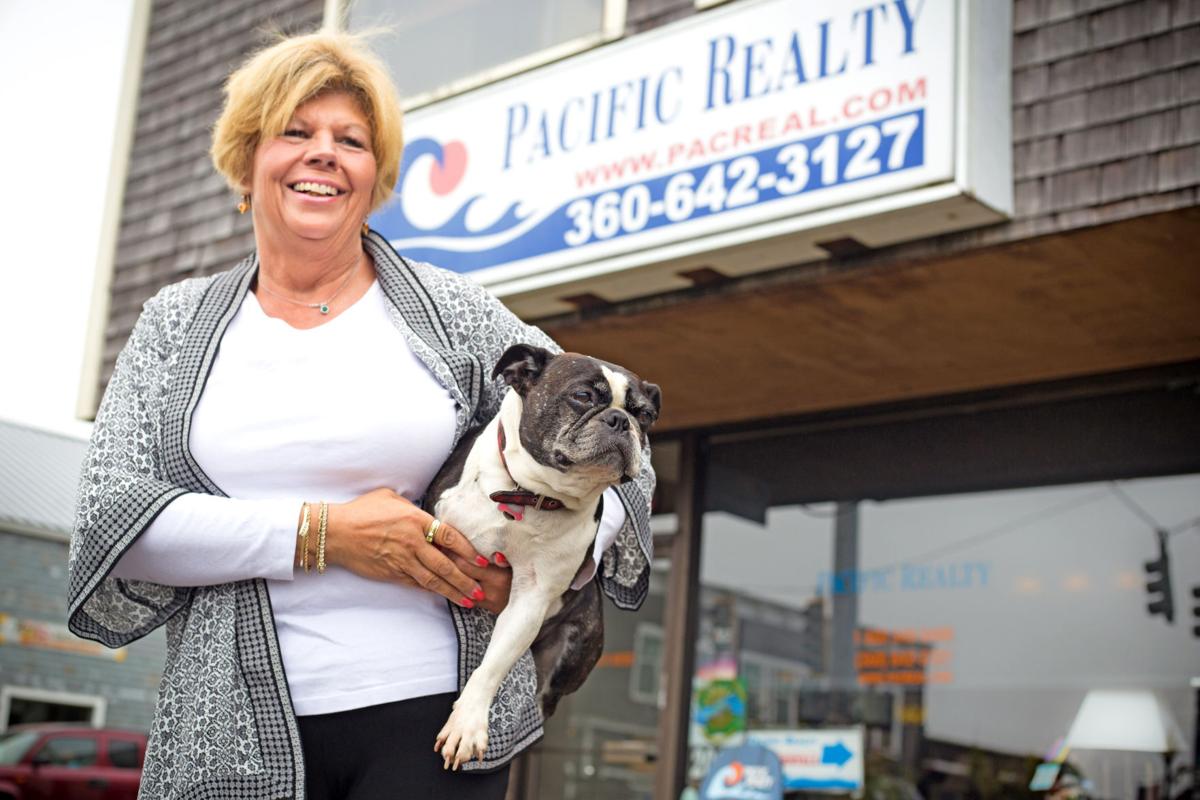 Leslie Brophy, who leads Pacific Realty in Long Beach, has seen a surge of interest in South Pacific County houses.

Leslie Brophy, who leads Pacific Realty in Long Beach, has seen a surge of interest in South Pacific County houses.

LONG BEACH PENINSULA — The coronavirus pandemic has wreaked havoc on seemingly every industry over the past six months, but it has helped lead the way to a local housing market that long-time Realtors on the peninsula say is unmatched in recent memory.

About 225 listings in south Pacific County have been sold in the past six months, a historically high number for the area, according to Char Wolters, managing broker and Realtor for Lighthouse Realty since 2005.

“Right now it is red-hot. It’s probably as hot as the fires that are going on around us,” Wolters said.

'They just want out, and they can get a lot of money from their home in the city and come down here and still buy something reasonable.'

Wolters said the local housing market’s recent surge coincides with the beginning of the pandemic, and attributes it to people living in densely populated areas wanting to come to an area where they can get away from covid-19 and “get their own little piece of the beach.” She also thinks civil unrest following the killing of George Floyd by police officers in Minneapolis have played a role, as well.

“When things like the pandemic, and now the fires and the political unrest are going on, we’re seeing that people in the city want out. They just want out, and they can get a lot of money from their home in the city and come down here and still buy something reasonable,” Wolters said.

The economic downturn caused by the coronavirus pandemic has also led to historically low fixed mortgage interest rates, another reason why Wolters believe the market is as hot as it is. According to Freddie Mac, the federally chartered mortgage investor, the 30-year fixed-rate average fell to its lowest level ever since it began tracking mortgage rates in 1971, to 2.86%.

The market is so hot and new listings are coming off the market so quickly, Pacific Realty owner and designated broker Leslie Brophy said, that agents representing the buyers are less concerned about seeing and showing the property itself and more concerned about if any other offers have been placed on it yet.

The number of offers that many houses are receiving in such a short period of time after going on the market is something that Brophy, who has owned Pacific Realty since 1995, said she hasn’t seen much of over the years. She said she feels bad for the buyers who are being bid out of their price range.

Wolters said locals in particular, who are either wanting to upgrade or move out of a rental, are the ones who are having the toughest time in the current market conditions. Prices have skyrocketed with so many people from all over the region looking to purchase property on the peninsula, and it’s led to residents being priced out of the local market, even with the rock-bottom interest rates.

“The prices are shooting up so fast, and if somebody that has the money can outbid them, they don’t care, they just over-bid and they win,” said Wolters. “It’s a little sad for our local people, who may be first-time homebuyers. It’s difficult for them to even get in the door.”

According to Wolters’ data, the average price for currently listed stick-built homes is $385,000. The median cost for listed homes is a healthy $292,000, meaning half sell for more and half for less.

Over the past few months, Brophy has heard from several tenants living in rentals that the owners of the rentals have called and told them they’re moving into the home and that the renters need to clear out of the house in short order.

For first-time homebuyers, both Brophy and Wolters said the first thing they need to do is get pre-qualified for a home loan. Wolters said there’s no point in even making an offer if the interested buyer can’t prove to the seller that they’re capable of buying the house, especially under current market conditions when sellers are often receiving multiple offers on their listings.

“In the past it didn’t matter so much, but now it’s just ridiculous because nobody wants to wait if you don’t have a pre-qualified letter. They just move right on to the next one,” Wolters said.

The sheer number of properties sold over the past several months, along with fewer sellers wanting to make a move in the midst of a global pandemic, has actually posed a new problem for local realtors: a dwindling inventory that’s having trouble keeping up with demand.

As of Sept. 11, there are only about 50 stick-built homes currently listed for sale in south Pacific County, making up just 20-25% of the total listings. The rest of the listings are either manufactured or mobile homes, commercial properties, condos, rental properties or vacant land.

As a result, Wolters said there’s been a coinciding increase in the number of vacant lot purchases, as people who don’t want or feel the need to move to the peninsula immediately are content with planning to build a home rather than buying an existing one. Of the more than 100 vacant lot listings in the area as of Sept. 14, the median price is $64,900.

“Before, we’d sit on a piece of land for close to a year or so sometimes before we found the right buyer. But now, because people can’t find a house, they’re going ‘Well, let’s just get a piece of land for now, and worry about building on it later.’ That’s having an effect on our vacant lots,” Wolters said.

While the pandemic and other recent events have set the local market on fire, it’s not as if the market had been sleepy before this year. Through the first eight months of 2018 and 2019, 112 and 113 new residential customers on the peninsula, respectively, were connected with electrical hookups via Pacific County PUD, according to general manager Jason Dunsmoor. In the first eight months of 2020, there have been 116 new electrical hookups, which Dunsmoor said is pretty consistent for the peninsula over the previous five years.

The area’s real estate industry is also fiercely competitive. There are at least 60 local realtors or brokers spread across six agencies on the peninsula, for an area with a combined population hovering around 10,000 full-time residents.

Brophy expects the number of homes on the market to be on the upswing again over the next year or so, due to an expected rise of foreclosed homes as a result of the economic downturn from the pandemic. She warned potential sellers that foreclosures, when they come, will drive market prices down from their current highs, and said now rather than later is the time to get your house on the market.

“There’s nothing quite as nice as a well taken care of home, it doesn’t really compete with a foreclosure, but people always bargain hunt. I would say now is a better time than it’s probably going to be a year from now, for sure — if you’re selling,” Brophy said.