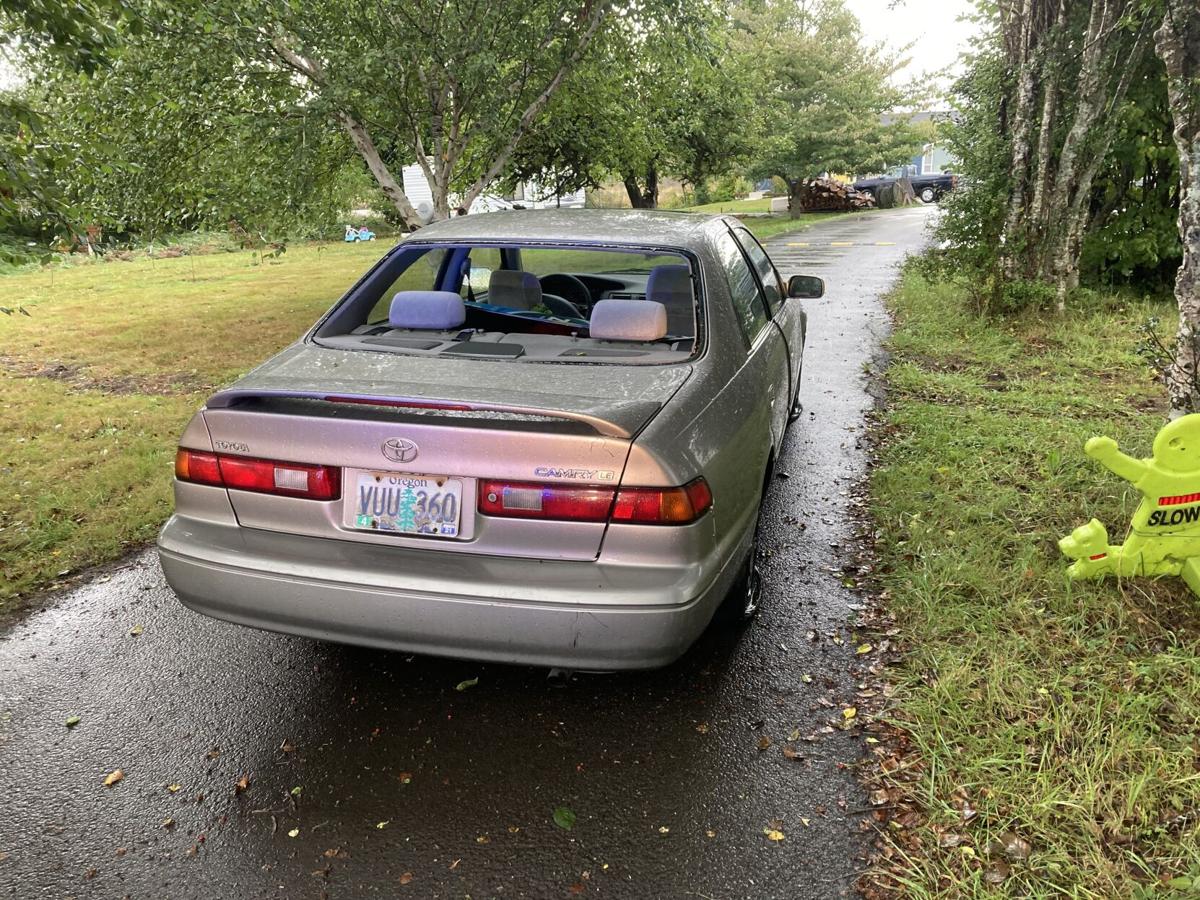 Law officers deployed a spike strip that punctured this vehicle’s tires when its driver was pursued west between Pe Ell and Raymond.

A fleeing driver pulled into this driveway near Raymond. 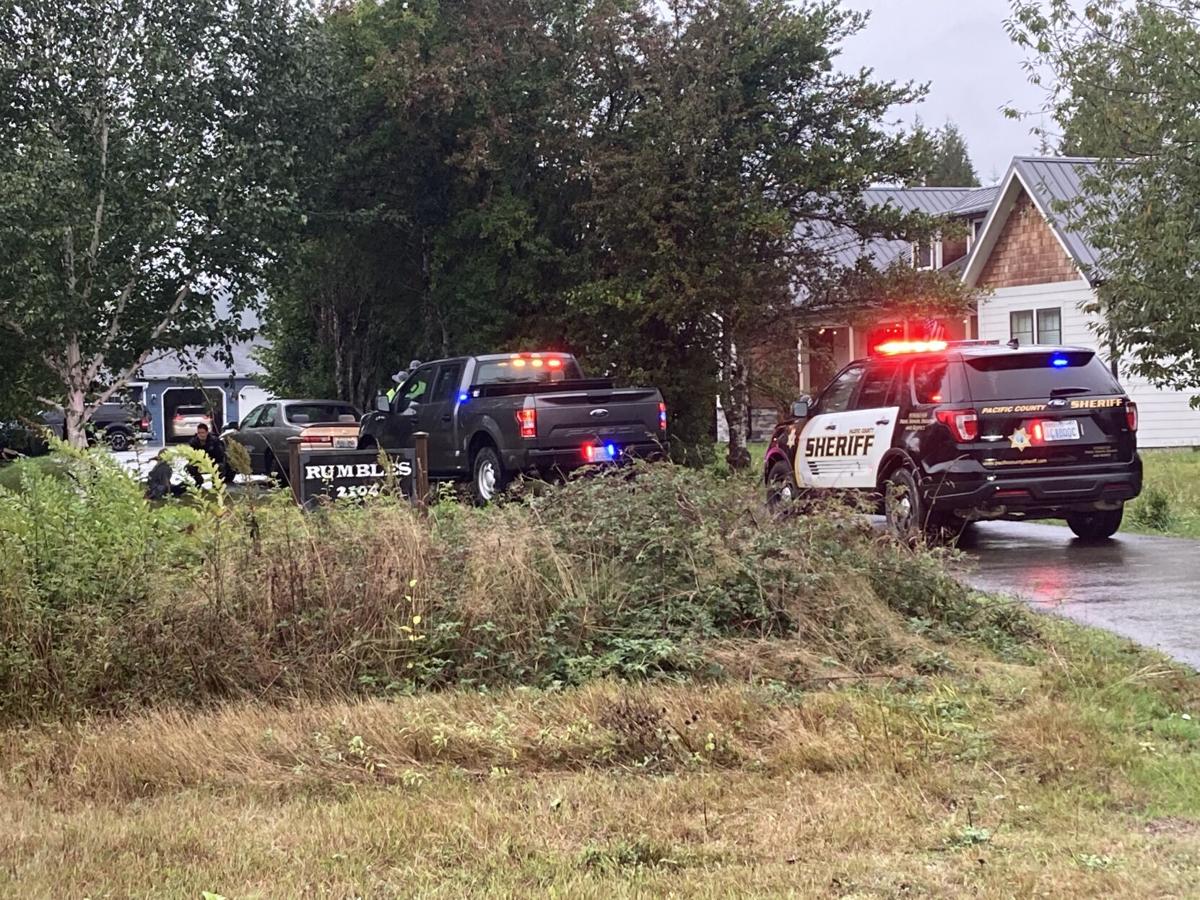 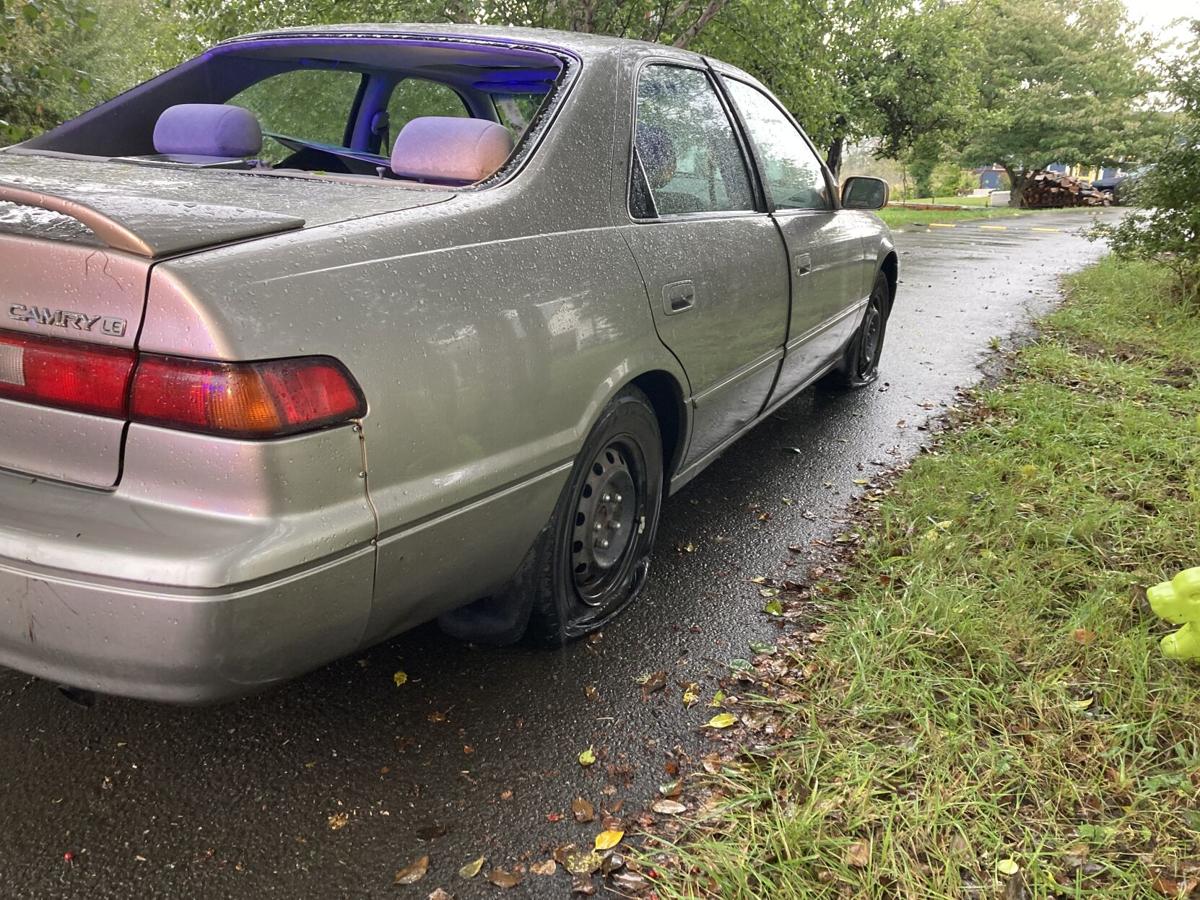 Law officers deployed a spike strip that punctured this vehicle’s tires when its driver was pursued west between Pe Ell and Raymond.

A fleeing driver pulled into this driveway near Raymond.

RAYMOND — A man later identified as Christopher Dahl, 62, remains in jail after allegedly causing turmoil along State Route 6 between Raymond and Pe Ell on Sept. 23 that ultimately resulted in a high-speed pursuit in the midst of fall’s first wind and rainstorm.

Hours before the pursuit, Pacific County Dispatch was notified of a driver swerving at Washington State Department of Transportation workers along SR 6. At one point, the driver is alleged to have driven straight at workers.

A deputy from the Pacific County Sheriff’s Office (PCSO) responded and attempted to locate the suspect vehicle. He was flagged down by a WSDOT worker, who said another WSDOT worker was detaining the suspect in Pe Ell at the convenience store.

According to radio traffic, the deputy asked to cross the county-line into Pe Ell to assist the DOT worker. The request was granted by supervisor Chief Criminal Deputy Pat Matlock. But by the time the deputy got to Pe Ell, the suspect had left.

“While the deputy [Logan Macomber] was coming back, he stumbled upon the car,” Matlock said. “Apparently, the driver must have pulled off the side of the road and then decided to come back out.”

“We were headed up here, and a tree came down at milepost 25 and actually hit my car,” WSP Sgt. Bradford Moon said. “Then we started heading out because we heard he was stopped in Pe Ell, and then at some point in time, the county units picked him up headed back this way [into Pacific County].”

Moon continued, “Trooper Blair Passolt was ahead of me, so he joined in at the end of the pursuit, and I got up here and heard that Chief Lucas Stigall from South Bend was setting up spikes at Crossing Road. So I got across the road from him, and I ended up being the one that spiked it [on both passenger tires].

The vehicle continued on less than a quarter-mile farther west on SR 6, stopping in a driveway near SR 6 and Olive Street. Officers rushed the car and quickly apprehended the man, who is believed to have been heavily intoxicated.

Matlock praised Macomber for his hard work and professionalism during the pursuit and the positive outcome.

“I’m glad it came to a safe and full completion, and nobody was hurt,” Matlock said. “I’m glad there was good coordination between all the agencies, and hopefully people understand that this type of erratic driving will not be tolerated in our area.”

Matlock continued, “Deputy Macomber did an outstanding job, especially being a brand new deputy. He was very calm on the radio, very clear and precise. He followed all the protocols we expect him to follow.”

Dahl faces multiple charges, including reckless driving, DUI and felony eluding. He is being held in lieu of $100,000 bail on those charges, plus another $15,000 for being a “fugitive from justice.”

In April, the Astorian reported that Dahl, of Milwaukie, was indicted for fleeing or attempting to elude a police officer, attempting to commit a felony, two counts of recklessly endangering another person, reckless driving and criminal driving while suspended or revoked. Later in April, he was arrested at the Garden of Surging Waves in Astoria for criminal mischief in the third degree. There has been no report on the outcome of these charges.