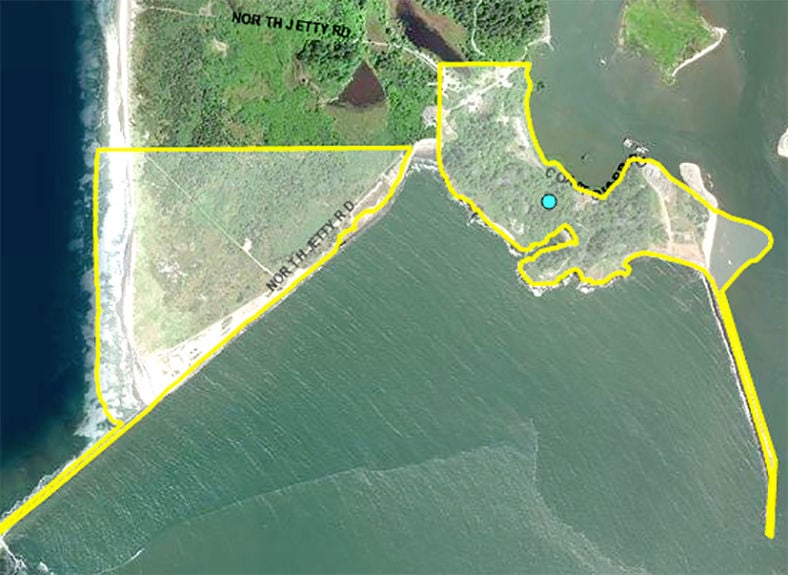 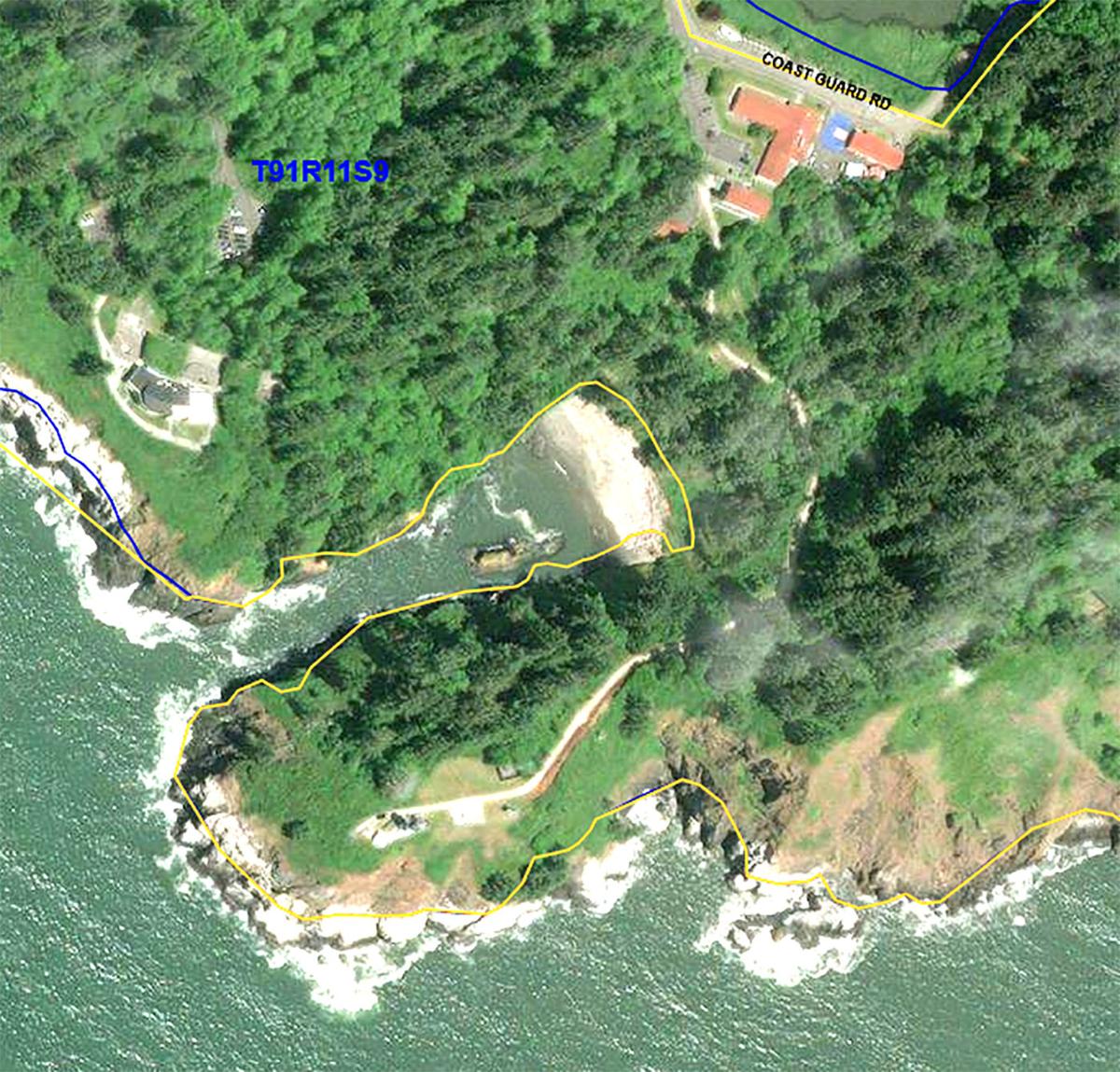 A popular trail between the Lewis and Clark Interpretive Center and Cape Disappointment Lighthouse has been closed. The trail goes through the forest and skirts around Deadman's Cove. 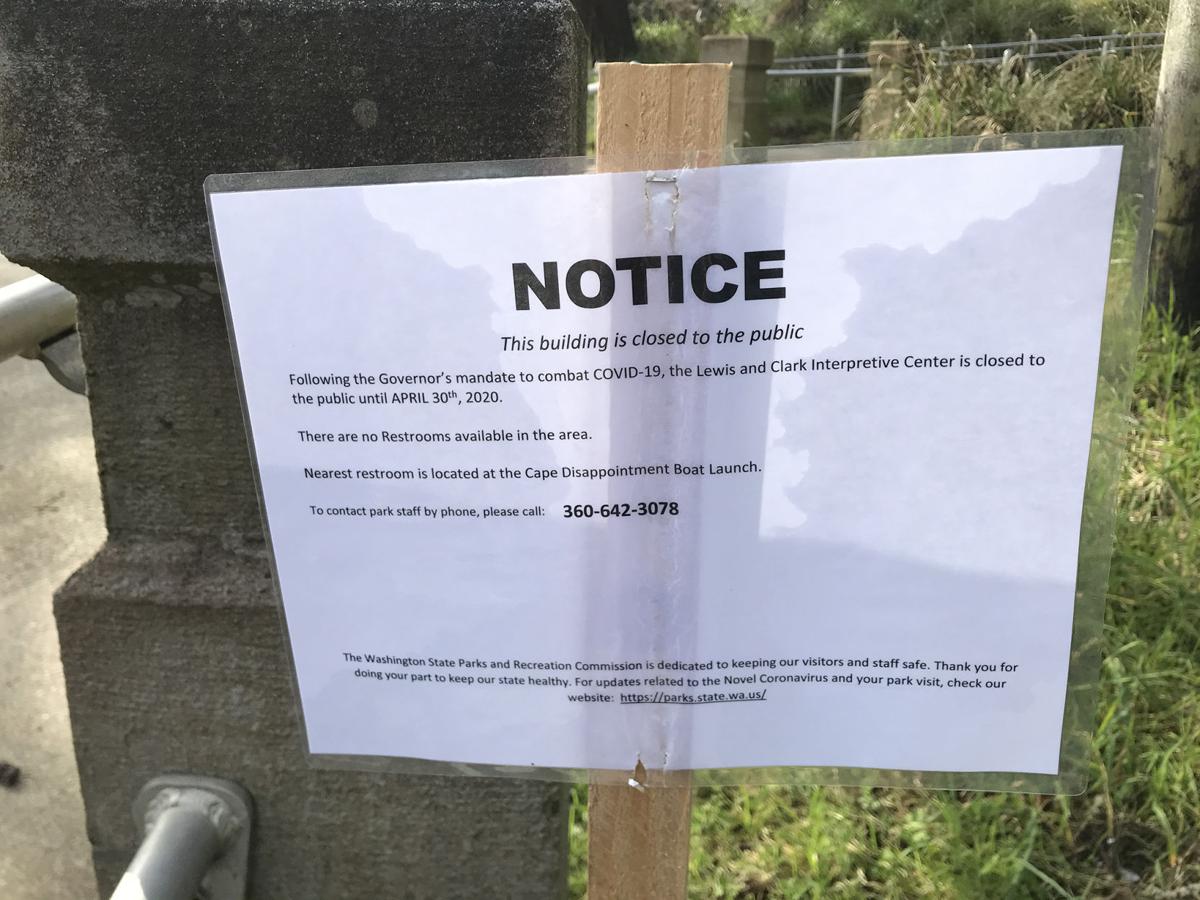 Lewis and Clark Interpretive Center has been closed since March to limit the spread of coronavirus. This sign was photographed on April 5. The trail between LCIC and nearby Cape Disappointment Lighthouse is being permanently closed, the Coast Guard announced July 2.

A paved road links U.S. Coast Guard Station Cape Disappointment with the lighthouse of the same name, but a pedestrain trail for civilians has been made off limits.

Lewis and Clark Interpretive Center has been closed since March to limit the spread of coronavirus. This sign was photographed on April 5. The trail between LCIC and nearby Cape Disappointment Lighthouse is being permanently closed, the Coast Guard announced July 2.

ILWACO — Access to the historic Cape Disappointment Lighthouse site is off limits to the public due to safety concerns, the U.S. Coast Guard and Washington State Parks said July 2 in a press release.

The popular forest trail between Lewis and Clark Interpretive Center and the lighthouse is closed in its entirety because it is deemed hazardous, the state and feds have determined. Besides the trail, the interpretive center itself also remains closed — due to unrelated covid-19 precautions — but it isn’t targeted for permanent loss of access. The federal government owns the property, which also includes Deadman’s Cove, a small scenic inlet in the basalt cliffs at Washington state’s southwestern tip.

In announcing the trail closure, the agencies said “several rescues have been conducted there by the Coast Guard in the past three years.” Deadman’s Cove has traditionally been reached by scrambling down a precipitous eroding hillside. It has been marked with federal “no trespassing” signs for years, although photos posted on social media indicate that some violated this prohibition. As recently as April 5, there was no indication of dangerous erosion on the LCIC-lighthouse trail itself, however.

Although initially presented as a joint federal-state action, Washington State Parks spokeswoman Anna Gill clarified on July 7, “this was solely a USCG decision and we are just supporting their effort.”

Washington’s oldest lighthouse and the eighth active light on the West Coast, Cape Disappointment was first lit on Oct. 15, 1856. Although not as photographed as easily accessible nearby North Head Lighthouse, Cape D offers remarkable views of the Pacific Ocean, Columbia River and surrounding countryside. The Coast Guard staffs an observation station adjacent to the lighthouse to monitor ship traffic in the Columbia River and its approaches.

“We appreciate the public’s cooperation and understanding as to why we have to announce that this area is off limits,” said Lt. Jessica Shafer, the commanding officer of Coast Guard Station Cape Disappointment. “Our concerns are for the public’s safety and the maritime community we serve.”

The Coast Guard said it will install fencing along the property line between Cape Disappointment State Park and Station Cape Disappointment property. The station will begin exploring opportunities to have dedicated tours to the Cape D Lighthouse grounds, the Coast Guard said. Unlike North Head, where interior tours are routinely provided in non-covid times, public access to the inside of Cape D Light has only rarely been granted.

Prior to the imposition of tighter security around Coast Guard stations in the wake of the 9/11 attacks, the public accessed Cape D Lighthouse via the paved service road between the station on Baker Bay and the hilltop observation site.

In 2008, Park Interpretive Specialist Jon Schmidt wrote “Although the hike to the oldest operating lighthouse on the West Coast is a rigorous one, it is the most popular trail at Cape Disappointment State Park. Hundreds of people a week park at the Lewis and Clark Interpretive Center to start their three-quarters of a mile trek to the tip of the cape, the very corner of the state. Some folks only make it half-way to the overlook of Deadman’s Cove but they are rarely disappointed. This picturesque cove looks like something straight out of Peter Pan.

“Although there is no longer public access to the pocket-size beach, the view is breath-taking enough to make it on the cover of Life magazine in July 2005. Those who continue up the road to the lighthouse find the view on a clear day expansive, from the Columbia River bar, down the Oregon coast and up the river to Astoria.”

Schmidt said the name Deadman’s Cove isn’t known to refer to one specific drowned man — “chances are there have been multiple personalities washed ashore.”