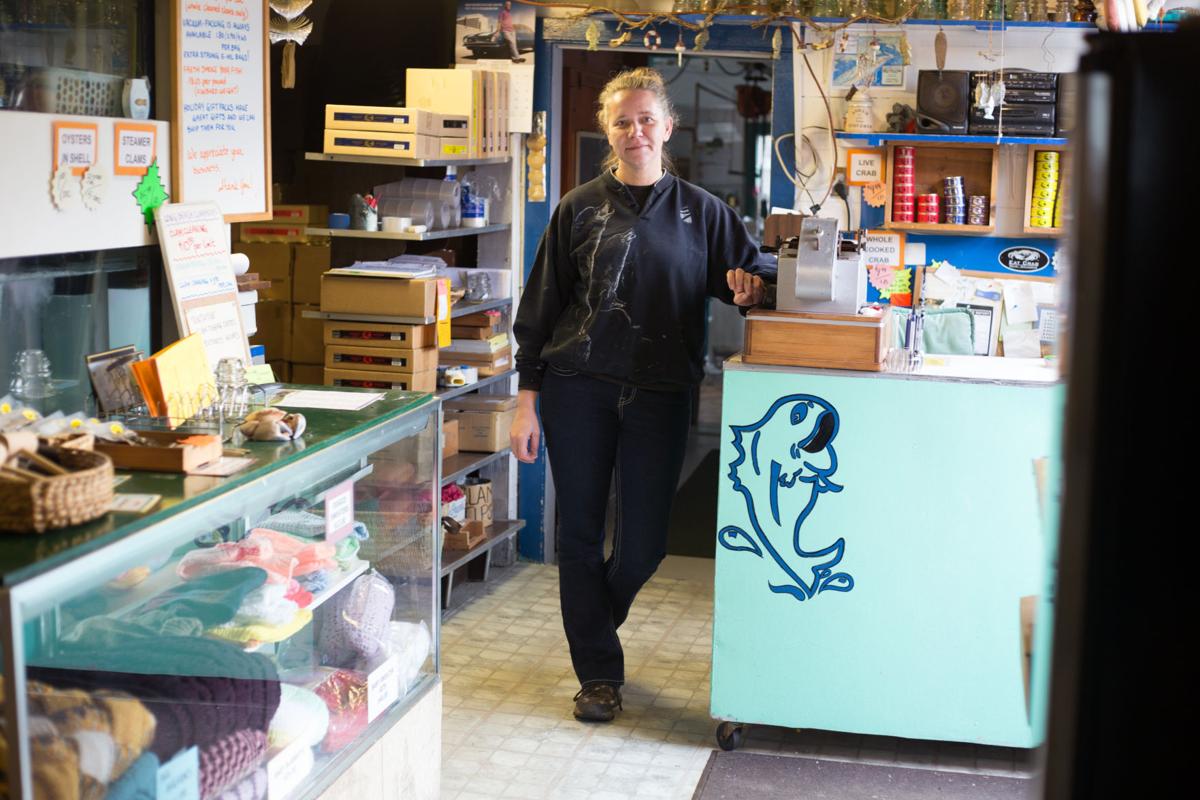 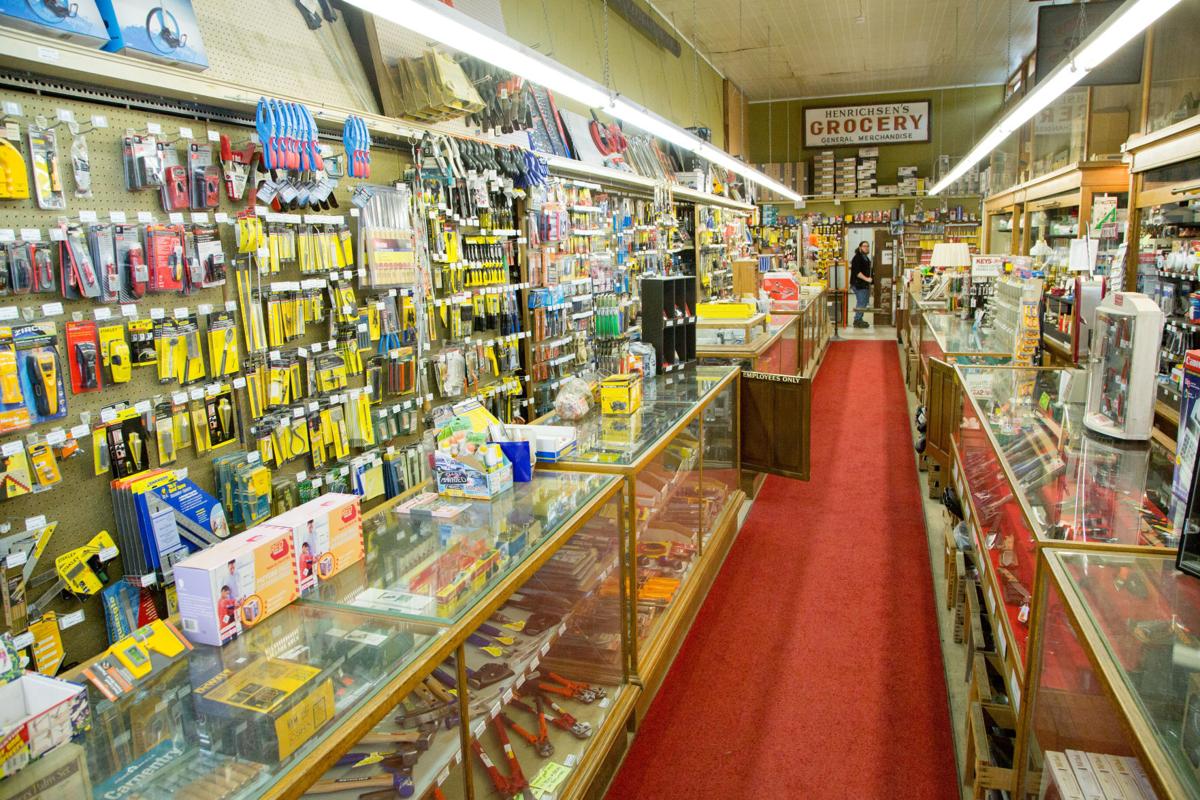 “We notice the absence,” Jack's Country Store owner Tom Downer said. “During the high traffic times that are precipitated by clam digging, we have an uptick in all departments.” The lost revenue directly affects the store's staffing and payroll. “Every dollar of revenue translates into payroll. When business is slower, we don't have as many people on staff.”

“We notice the absence,” Jack's Country Store owner Tom Downer said. “During the high traffic times that are precipitated by clam digging, we have an uptick in all departments.” The lost revenue directly affects the store's staffing and payroll. “Every dollar of revenue translates into payroll. When business is slower, we don't have as many people on staff.”

PENINSULA — The financial fallout from the ongoing razor clam closure has racked restaurants, retailers and small businesses around the Peninsula.

“This is my slowest winter since 2008,” Full Circle Café owner Colleen Smith said. “Usually I drop 33 percent in a normal year, this year I dropped 50 percent.”

Smith believes the combination the clamming closures, delays in the Dungeness season and unusually cold weather have deterred visitors and stunted the success of local retailers and restaurants in recent months.

“Between no clamming, the crabbing season and the weather — this is one of the best ski seasons they’ve had in four or five years, so that’s what we’re competing against to draw any families or day trippers,” Smith said.

“‘Do I go skiing or do I go down and have a family weekend and go clamming?’ Well if clamming was their draw, we aren’t getting them. That’s it in a nutshell.”

The economic impact of the razor clam season is profound, particularly for the Peninsula, which offers some of the most desirable clamming destinations in the state.

“In an average season the diggers that descend on these communities (during monthly razor clam openings) bring with them an estimated season total of $22 million,” according to an economic impact report by the Washington Department of Fish and Wildlife. On a single day, razor clam digs can draw up to 30,000 people to Washington’s beaches, according to WDFW figures, with a high percentage coming to Long Beach.

“It’s my understanding that this beach will host anywhere from 10,000 to 15,000 on a given day,” president of Jack’s country Store Tom Downer said. The longstanding general merchandise store is situated near a popular beach access point in Ocean Park. The precipitous drop in tourism has had a profound impact on sales.

“During the high traffic times that are precipitated by clam digging, we have an uptick in all departments.”

“We notice the absence. It’s the whole store — it’s everything. The customers are buying food, hardware, sporting goods and fuel.”

“Every dollar of revenue translates into payroll. When business is slower, we don’t have as many people on staff,” Downer said.

“It affects our crew as much as it affects anybody.” Despite recent dips in revenue, Downer has been able to retain their 34 full-time staff. Other businesses, including one that has built their name around the razor clam industry, haven’t been as fortunate.

“The difference between having clams and not having clams is an 85 percent difference in our income from month to month,” Sportsmen’s Cannery owner Tina Ward said. “It’s very significant.”

The family-owned and operated cannery regularly employs five or six local workers during the open clam dig dates to clean and custom can or vacuum pack clams.

“All of those people are out of work now,” Ward said.

“They’re dying to get back to work whether it’s seven days or just the weekend. The hours are unlimited as long as the product is there.”

The business has also missed the brisk traffic a busy clamming weekend can bring when passersby notice and stop at their Seaview store.

“For our business, it brings in a lot of extra traffic that buys our smoked products and other things we have available,” Ward said. “The retail aspect is considerably down from not having the foot traffic coming in the building.” While many restaurants and small businesses are struggling, the impact isn’t lost on local retailers.

“Usually on clam tide we can count on a few thousand dollars increase on every day,” Dennis Company store manager Glen Admire said. Clamming isn’t the backbone of business for Dennis Company, but it can provide an important boost before the spring planting season according to Admire.

“It’s a huge bonus, but it’s not anything we count on or have to have because we never know when we’re going to get them anyways.” The unpredictability of the clamming season has led local tourism experts to promote other local recreational experiences.

“We try to talk about our fresh, local food, our beaches, parks and trails — things that are available all the time,” Long Beach Peninsula Visitors Bureau executive director Andi Day said. “This is a perfect example of why.”

The continued closure of razor clamming on the Long Beach Peninsula is due to elevated levels of domoic acid, a naturally occurring toxin. The latest Long Beach samples, taken Saturday, Jan. 11, show domoic levels dropping but still at or above the 20 parts per million limit deemed unsafe by the Department of Health.

In testing farther north on Jan. 9, all sites were within the safe range except for 25 ppm near Westport, which was enough to keep Twin Harbors from opening.

“We remain very disappointed that we’ve been unable to open Long Beach at all this season and offer no digging at Twin Harbors since early November​,” Dan Ayres, WDFW’s coastal shellfish manager, said Monday.

“We have not seen any new domoic acid producing harmful algae species since September and we are all just waiting for razor clams to rid themselves of the toxin they picked up then. We will continue to test each beach on a regular basis and will open as soon as we can,” Ayres said.