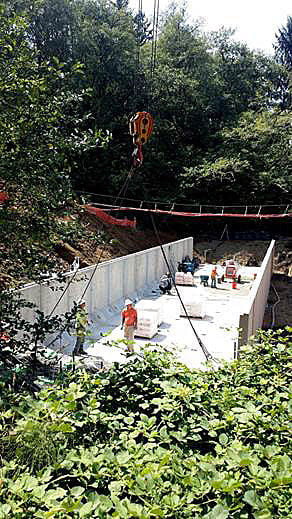 A new box-style culvert has been installed beneath State Route 4 near Naselle Youth Camp, replacing an inadequate culvert that was destroyed in a flash flood last winter. 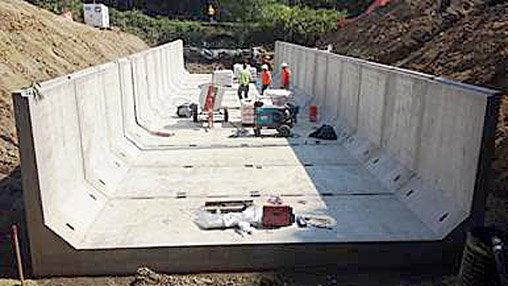 A new box-style culvert has been installed beneath State Route 4 near Naselle Youth Camp, replacing an inadequate culvert that was destroyed in a flash flood last winter.

Widespread flooding caused an aging culvert, located just west of Naselle at milepost 3.1, to collapse in early January, cutting off one of the main routes between the Long Beach Peninsula and Wahkiakum and Cowlitz counties.

WSDOT acted quickly, establishing an alternate route and initially declaring a state of emergency that allowed the agency to speed up the repair process. Initially, WSDOT officials hoped to have the work complete by early July. But over the summer, the project lost its emergency status, because the detour was adequate for the low traffic volumes that used the route.

The estimated completion date was pushed back to late August, because without emergency status, WSDOT officials had to go through a more rigorous approval process, and because they had to commission a new, custom-made cement box culvert to replace the obsolete corrugated metal culvert that had collapsed.

At last, the work is nearly done — contractors planned to re-open the route to traffic on Sept. 29, and said work should be complete by the end of the week.

The project came in roughly on budget, with an estimated total cost of $1.3 million.

Greenwell said the new culvert is worth the wait. It is much sturdier than the old culvert, and will allow a creek to flow freely under the highway. That should reduce the risk of roadway flooding, and allow fish to pass into the Naselle River.