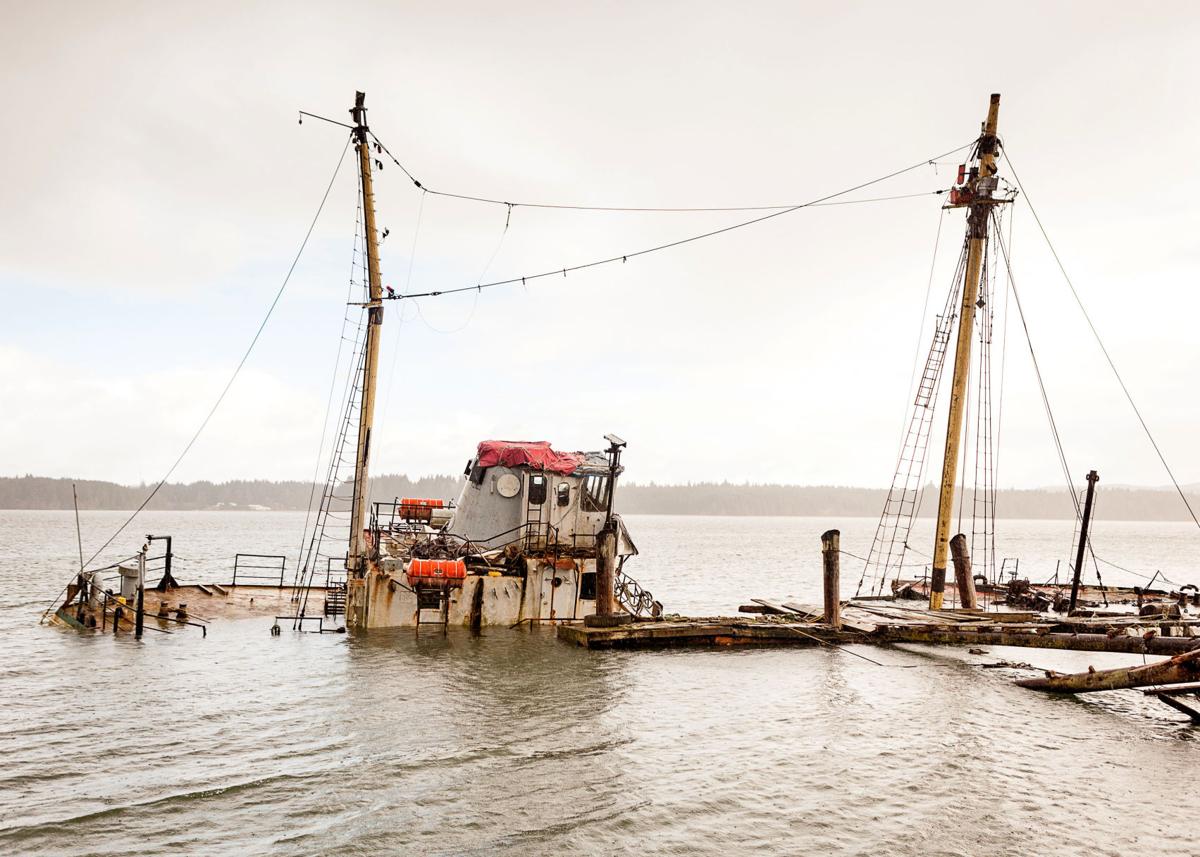 The state Attorney General's Office is pressing misdemeanor pollution charges against Sun Feather LightDancer, the owner of the sunken research vessel Hero. The suit against LightDancer is part of a larger effort to crack down on owners of derelict vessels. 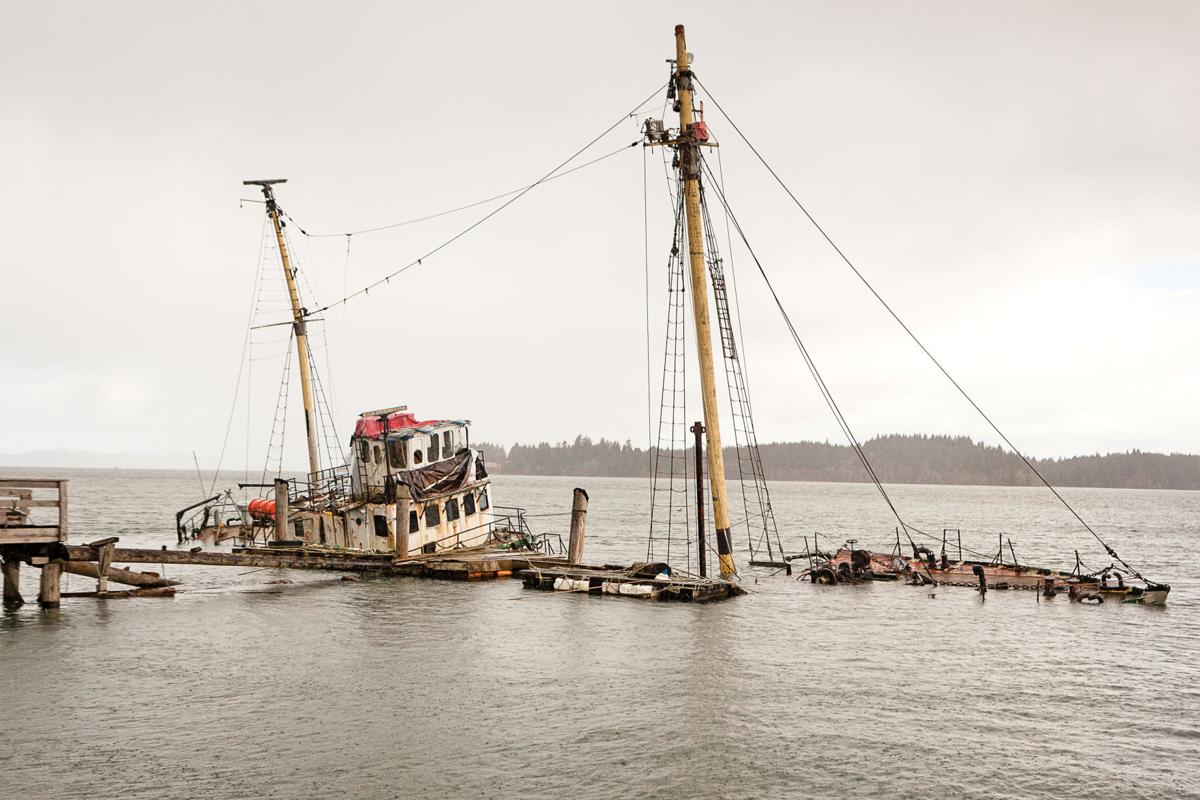 From 1968 to 1984, the R/V Hero was used for research in Antarctica. The aging vessel, now owned by Bay Center resident Sun Lightdancer, sank after a storm in March 2017.

The state Attorney General's Office is pressing misdemeanor pollution charges against Sun Feather LightDancer, the owner of the sunken research vessel Hero. The suit against LightDancer is part of a larger effort to crack down on owners of derelict vessels.

From 1968 to 1984, the R/V Hero was used for research in Antarctica. The aging vessel, now owned by Bay Center resident Sun Lightdancer, sank after a storm in March 2017.

BAY CENTER — The state Attorney General’s Office earlier this month filed misdemeanor criminal charges against the owner of the Hero, a derelict research vessel that sank on the Palix River one year ago.

The Hero is a 125-foot wood-hulled boat built for the National Science Foundation in 1968. Designed to withstand even the toughest conditions, it was used for research and exploration in Antarctica until 1984.

According to court documents, the Port of Umpqua in Reedsport, Ore., acquired the Hero through a federal surplus program in 1984 for $5,000. A nonprofit foundation used the boat as an educational and research center until 1997. In 2000, retired Coast Guard member and fisherman Bill Wechter bought the Hero. Wechter put it in dry-dock in Portland and made much-needed repairs. After the refit, he moved it to Newberg, Ore., where he gave tours and local cruises until 2003.

The boat sat idle until 2008, when LightDancer purchased it, and Wechter towed the boat to its new home in Bay Center.

The boat did not fare well in Bay Center. LightDancer allegedly told the inspectors he was using an onshore power source to keep the boat’s bilge pump going. Coast Guard inspectors noted that “the engine room was in a state of disrepair, with parts spread across every surface. Any metal of easy value has been removed from the space.”

They also documented around 25 gallons of lube oil and 50 gallons of diesel were present on the boat. The inspectors found a leak in the hull that was allowing water into a tank at the front of the boat. LightDancer was using a pump to remove water.

The boat sank March 4, 2017, following a storm. There was immediate concern that the boat, which sits just upstream from the Bay Center Farms oyster operation, could damage local shellfish growing operations or the ecology of the river and Willapa Bay. When an oil sheen appeared on the water the following day, the Coast Guard and Department of Ecology pumped about 1,000 gallons of oily water from the boat. They also used pads and booms to contain and absorb the oil over the next several weeks.

After determining LightDancer did not have the means to pay for the cleanup or remove the boat, the Coast Guard opened a “spoil liability trust fund” for $25,000 to ensure the work could be done quickly. The Coast Guard used $20,000 to pay Global Diving and Salvage to oversee the cleanup operation. The fund does not provide anywhere near enough to cover cleanup of the spill and removal of the boat. Ecology and Natural Resources experts now estimate the total cost to taxpayers to remove the boat from the river will be between $453,000 and $2.5 million.

The suit was filed by Counsel for Environmental Protection, a unit that Attorney General Bob Ferguson formed to investigate and prosecute environmental crimes. Derelict vessels are a persistent problem for Washington’s ports and environmental authorities. Ferguson began filing criminal charges against derelict vessel owners whose boats polluted state waters in 2014.

This is the Environmental Protection unit’s fourth derelict vessel case.