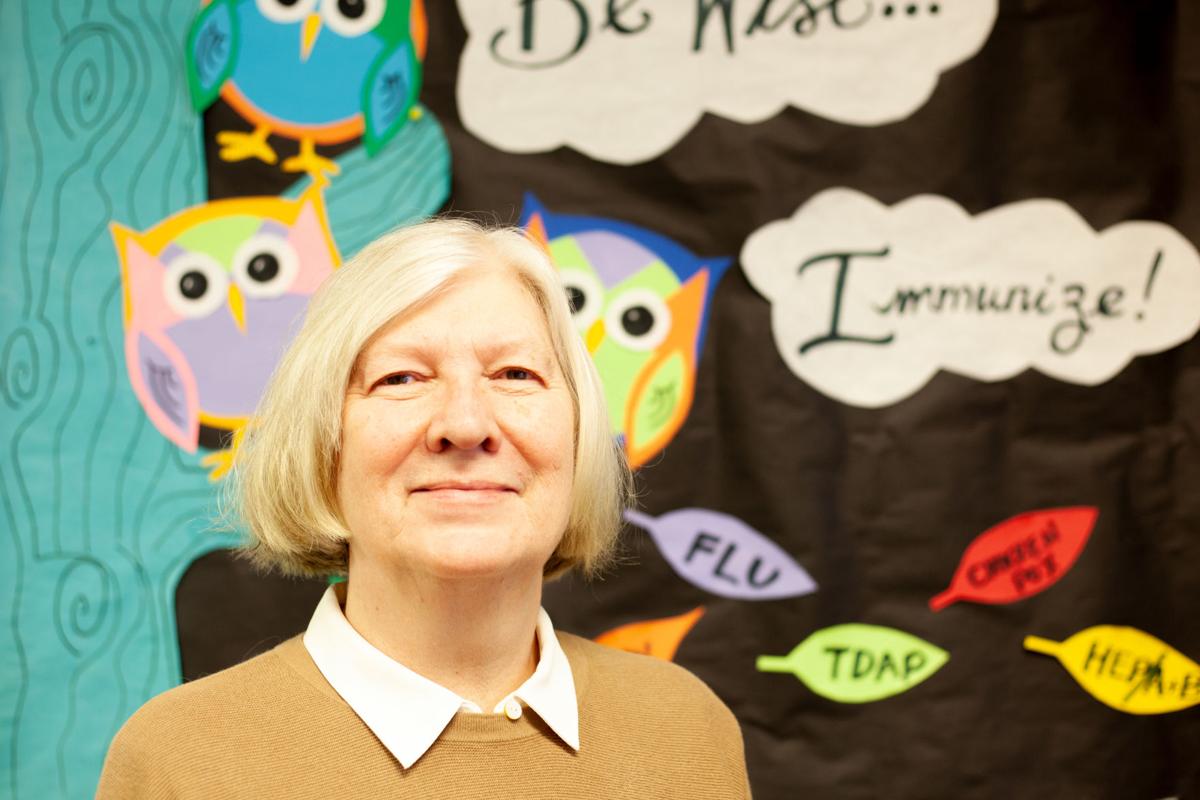 Mary Goelz will retire in January from her position as director for Pacific County Health and Human Services Department. 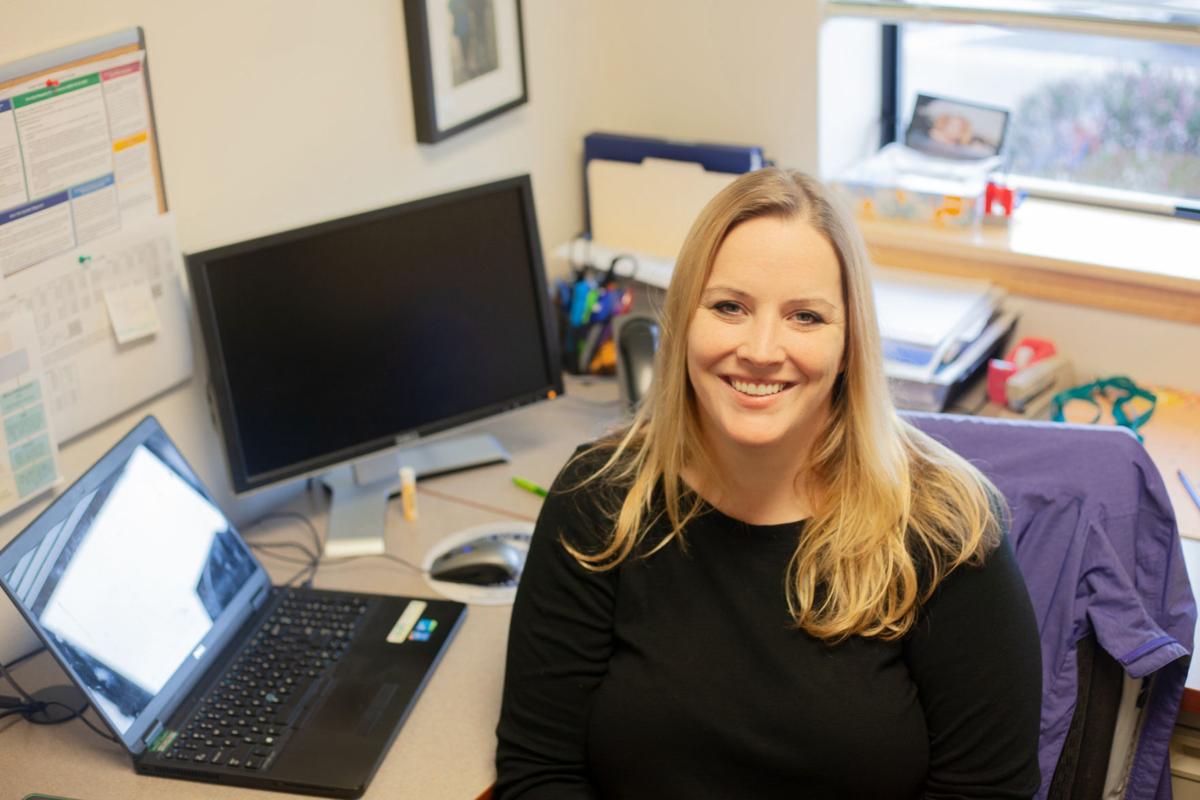 Katie Lindstrom will be the new director for Pacific County’s Health and Human Services Department starting in January.

Mary Goelz will retire in January from her position as director for Pacific County Health and Human Services Department.

Katie Lindstrom will be the new director for Pacific County’s Health and Human Services Department starting in January.

LONG BEACH — Mary Goelz will retire this January after 31 years as director for the Pacific County Health and Human Services Department.

She is leaving the department in steady hands, she said. Co-director Katie Lindstrom will be stepping into the director position.

“Katie is one of the few people with a vision in her head and the ability to make that vision happen,” Goelz said.

But it is with a heavy heart that Lindstrom will say goodbye to Goelz, who became director of the Health and Human Services Department in 2011. With Goelz at the helm, the department moved offices, doubled in size and increased its funding through federal and state grant programs, Lindstrom said. And throughout the many changes, Goelz provided stable leadership, she said.

“I don’t know any other person as dedicated to public service as Mary,” Lindstrom said.

Goelz started her career as a nurse in Tacoma before taking a job with Ocean Beach Hospital in 1980. She loved the work in the hospital, but in 1988 she accepted a job with the health department. The hospital work was more reactive, Goelz said. She wanted to be doing something that was more proactive.

'Big picture, there are a lot of people that can’t fight for themselves and need other people to fight for them and that’s what public health is all about.'

When Goelz first joined the health department it was more focused on direct service. The department would do things such as provide immunizations and do home visitations. But the department moved out of that role, working instead to strengthen community health resources through systemic changes. The major benefit to how the health department operates now is that if it needed to step back, the systems it helped to put in place would continue serving the community, Goelz said. And it gives Goelz more time to advocate for the needs of the community.

“Big picture, there are a lot of people that can’t fight for themselves and need other people to fight for them and that’s what public health is all about,” Goelz said.

The department still provides immunizations and health services to uninsured or under-insured people.

It also runs a family-planning clinic and helps teens who need help but either don’t want or can’t get help from their parents. The department is in charge of running the Women, Infants and Children federal nutrition program. Goelz was honored for her work with the program at its annual conference in 2004.

Goelz took over the department after Kathy Spoor left as director to become Pacific County General Administrator. Spoor recommended Goelz for the position. She was confident Goelz would excel in the role. Goelz always made sure she had a seat at the table and worked to get Pacific County’s voice heard, Spoor said.

“I admire her and look up to her in many ways,” Spoor said.

Small counties need a lot of help, Goelz said. Sometimes the state thinks because we are so small, we don’t need a lot of money, she said.

Spoor called Goelz a tireless advocate for those less fortunate and for doing what is right.

In her time at the department, Goelz worked to help homeless populations in Pacific County, built substance use prevention coalitions and improved health services in Pacific County Jail. She volunteered at countless health fairs and events. Both Spoor and Lindstrom lauded her for her work. And yet, while she was cleaning her office, Goelz found a to-do list from 2016 with things left undone. She said her mom worked as a surgical nurse until she was 75, and Goelz wondered if she wasn’t ducking out too early.

But change is good, she said. And the new people coming into the department have energy and new ideas that will flourish when she steps aside, she said. After working 10 or 11 hour days five days a week and always being on call for reportable diseases, Goelz said she does look forward to getting rid of the second cell phone at dinner and spending more time with her grandchildren.

She might not have a long break though, as Lindstrom said she is already planning on asking Goelz back to help with future programs.

Within the first year of working with Lindstrom, Spoor knew she would step into the director role one day. And it’s been a pleasure to watch Lindstrom’s growth during her time in the department, Spoor said.

“In some ways I feel like a proud mom,” Spoor said.

Lindstrom said she will call on both Spoor and Goelz for advice as she takes charge. One of the best things Lindstrom learned from Goelz was to slow down and take a measured approach to new ideas and projects, Lindstrom said.

There is a lot of value in being very thoughtful and intentional about whatever you do, she said. She plans to ease into her new position and avoid taking on too many new things in the coming months. Lindstrom worked on the human services side of the department for the majority of her 17 years there and so she needs to learn more about the health side, she said.

The Health and Human Services Department will be hiring a health manager to take on some of Goelz’s duties. Goelz will stay on for January to help train that person. Meanwhile, the department is also training three other new hires, including a community re-entry liaison, a mental health and substance abuse counselor for the jail and a program director for the department’s new veterans’ service office.

Lindstrom said a lot of government programs and departments can be very bureaucratic and her goal is not just to provide services, but to let people know the community cares about them. That is why coordinating collaboration between different county programs is such an essential part of the Health and Human Services Department’s work.

“Everyone can get better, and not just by providing resources, but also by believing in them,” Lindstrom said.

Advice from the old guard

Both Goelz and Spoor encouraged Lindstrom to stay connected to the community and listen to those around her.

“Surround yourself with good people, just like I have done,” Spoor said. “Continue to think outside the box and don’t be afraid to question the status quo. When you are completely overwhelmed and discouraged, step back and remember all the good we do. We really do make a difference in people’s lives.”