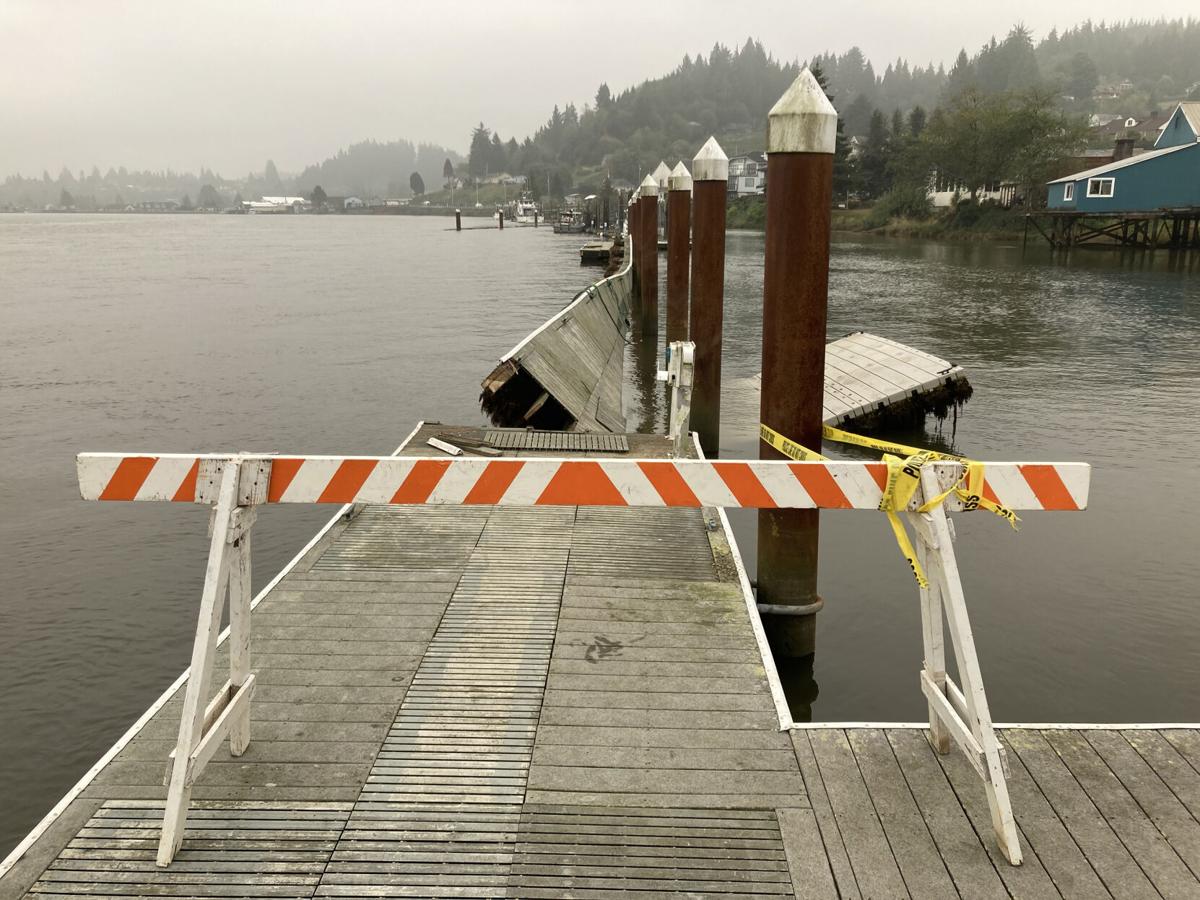 The floating dock in South Bend near Elixir Cafe is breaking apart and sinking Sept.16. 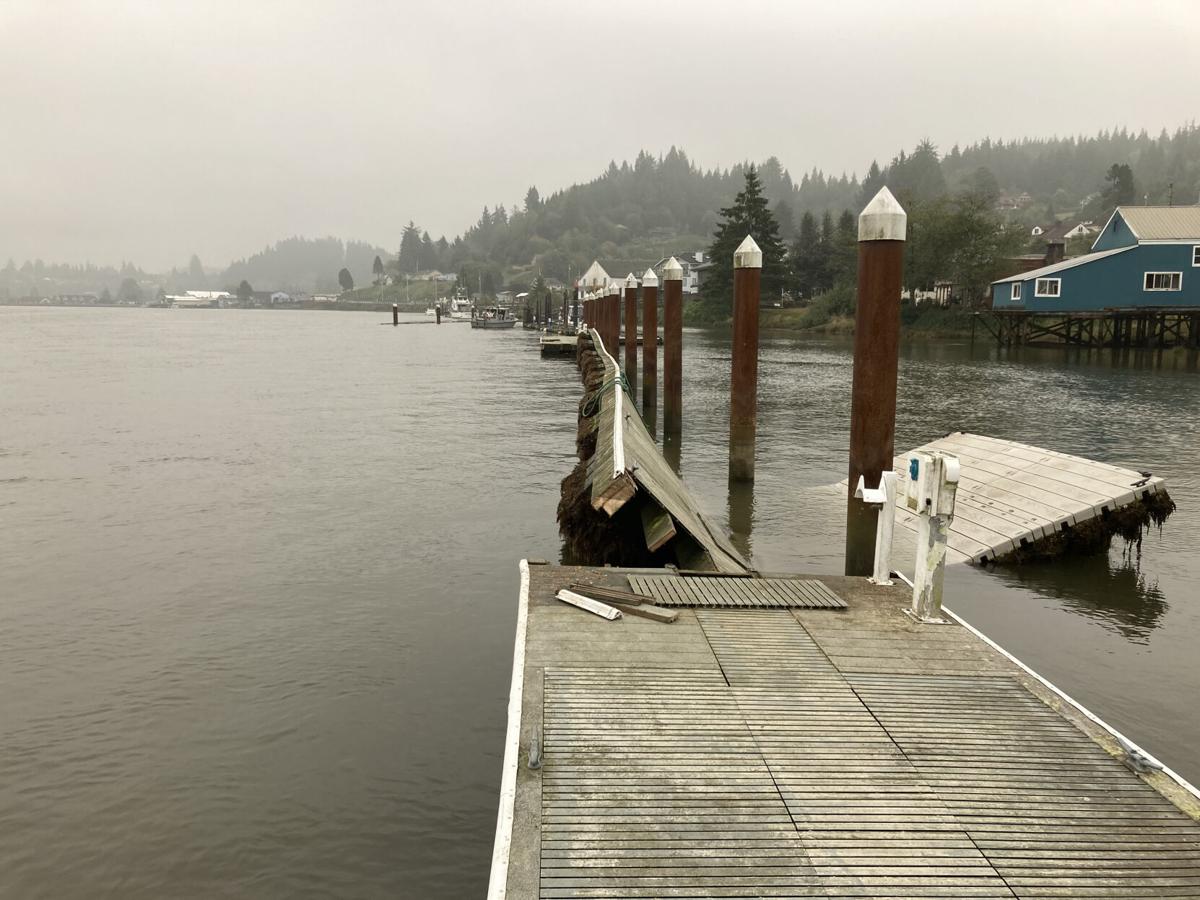 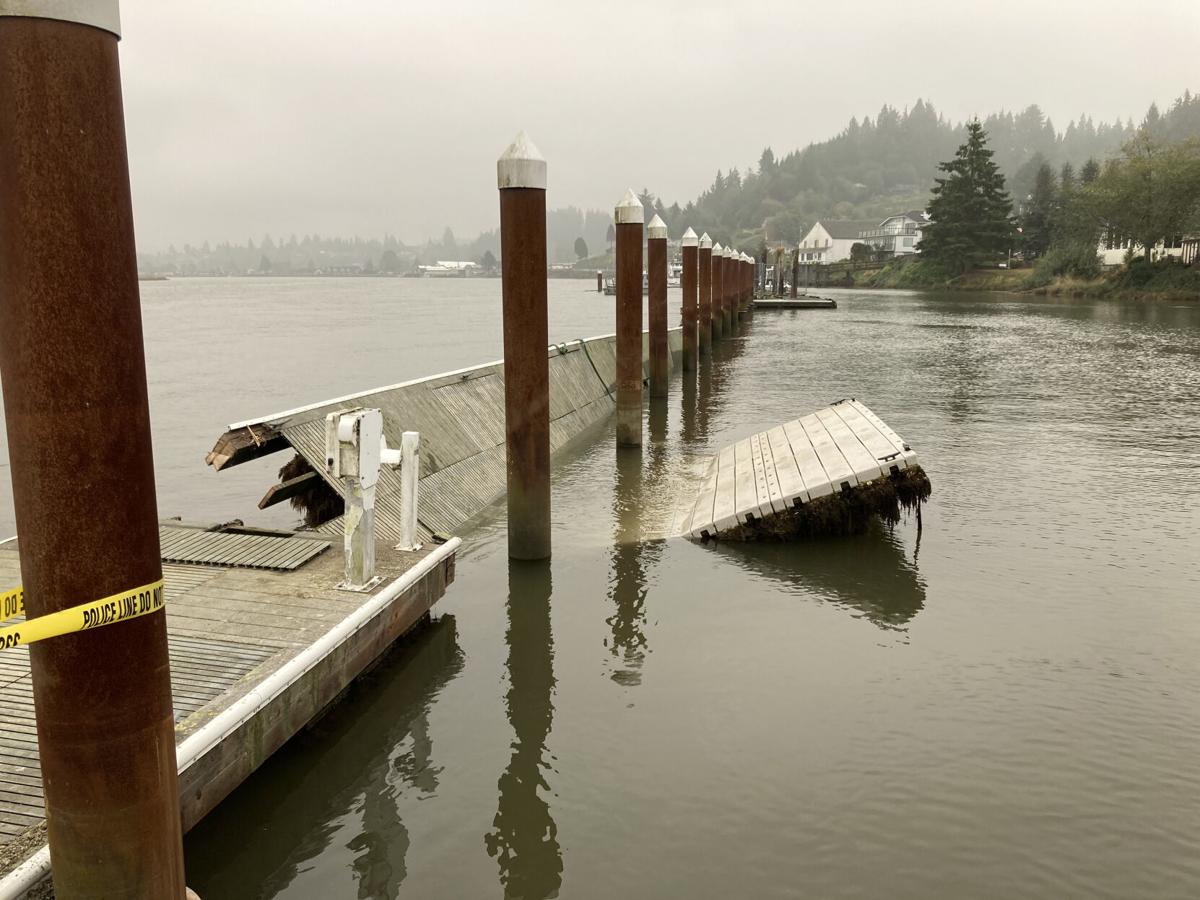 The floating dock in South Bend near Elixir Cafe is breaking apart and sinking Sept.16.

SOUTH BEND — The City of South Bend is currently evaluating options of how to handle a partially submerged portion of dock along the Willapa River near its downtown section.

According to City Clerk/Treasurer Dee Roberts, the city was notified around 9:15 a.m. Sept. 16 the dock had begun to tilt and sink.

“We immediately called 911 and informed them that we had a possible emergency,” Roberts said. “We also called PUD to have them shut off power along the dock because it does have power running along it for lights and the boats.”

Roberts continued, “We also reached out to Coast Oysters [Pacific Seafood] to see if they had a boat and crew that could come over and evaluate the situation. There were boats moored to the dock at the time, and we needed to evaluate if they were in any jeopardy.”

The cause of the partially sinking is unknown, but Roberts noted there was an extremely low tide this morning, and crews believe the dock may have become stuck.

“We aren’t entirely sure what the cause is,” Roberts said. “But the dock is moored by rings that wrap around the pilings. One theory was the rings got stuck on barnacles and held it down when the tide came back in.”

Roberts continued, “The dock is insured, and our insurance company is aware of the situation. They have seen photos and videos of it. It will absolutely be repaired once we have a plan and know exactly what happened.”

Crews also cut the dock section on both sides because of the stress it was placing on other sections, raising the risk of them submerging and sinking, too.

Other sections of the dock remain accessible, but the city cautions onlookers from getting too close.