Volunteers from The Planter Box in Long Beach apply hydroseed to Tinker Field, where ongoing work aims to have facilities just right for the start of spring high school sports. 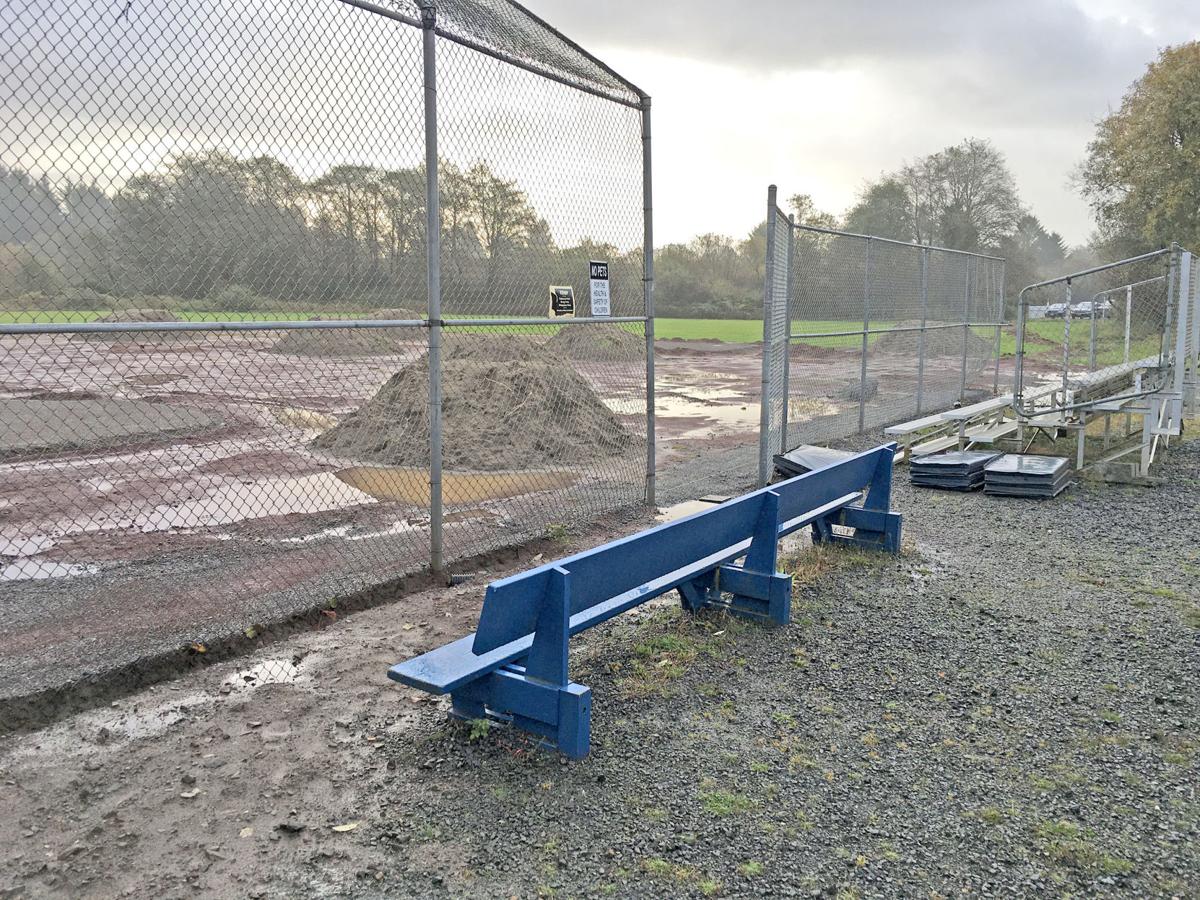 Volunteers from The Planter Box in Long Beach apply hydroseed to Tinker Field, where ongoing work aims to have facilities just right for the start of spring high school sports.

LONG BEACH — As the spring sports season inches closer by the day, volunteers are racing against the clock to finish crucial renovations at Tinker Field.

The renovation is being led by Bret Hopkins and Chris Patana, assistant coaches for the Ilwaco High School baseball team. Since September, they have spent countless hours on weekends and whenever time has opened up in their schedule to try and complete the upgrades in time for the beginning of the baseball season next month.

The renovations were given the green light after the city of Long Beach approved a lot line adjustment in the summer with the Ocean Beach School District, giving OBSD full ownership of Tinker Field while the city has full ownership of Rutherford Field. Previously, the way the property lines were drawn, OBSD and the city each owned a portion of both Tinker and Rutherford Field.

Patana, also the maintenance director for OBSD, explained why the renovations are sorely needed.

In order to create that ideal surface, Hopkins was able to get his hands on artificial turf that had been repurposed from CenturyLink Field, which hosts the Seattle Seahawks and Seattle Sounders FC. The turf is used on the infield, sitting atop crushed gravel that is compacted and held down by sand. Even after January’s downpouring of rain, Hopkins said that the infield maintained playing conditions.

Patana credited Hopkins’ dedication as a main reason to why so much progress has been made on the renovation, having put “hundreds of hours into the field.” Hopkins, who works for the Washington Department of Fish and Wildlife, said he’s worked on the field on all but two weekends since Labor Day, when they began the project.

In the future, once the current renovation is complete, Hopkins would like to turn his attention toward renovating the softball field that is south of Tinker Field, as well as constructing batting cages that the baseball and softball programs could share.

While Hopkins and Patana have led the charge on the project, they’ve also received help from other youth coaches, players and local business owners.

Patana singled out youth coaches Matt Miller, Justin Rogers and Rob Cunningham, who have come down to the field and helped with the renovations. Players from both the IHS program and the Babe Ruth team have also contributed in the efforts on weekends.

“For [the players], this is going to be a field they play on,” said Hopkins. “You put the work in and this is always going to mean something … This is a legacy thing. Your kids are going to be here someday and you’re going to tell them about the winter you spent out here, digging post holes and putting up fencing.”

Several local businesses have also made donations to assist with the project, either monetarily or by contributing material and labor. Taft Plumbing donated about 300 yards of brown sand for the infield, Hill and Son Excavating provided gravel for drains and the artificial turf base, The Planter Box hydroseeded the infield and the city of Long Beach contributed beach sand. Other important contributors include Coastal Inn and Suites’ Mark Frank, Oman and Sons, Lewis and Clark Tree Farm and Wirkkala Construction.

Work left to be done

Among the tasks that still need to be finished ahead of the upcoming season are the completion of the outfield fencing and construction of actual dugouts for Tinker Field. The fencing is approximately 50% complete, thanks in part to the city of Ilwaco donating fencing from a tennis court no longer in use.

The outfield fence will be 10 feet high, but the fences will be closer to home plate than Rutherford Field, the team’s former home field. Hopkins hopes it might lead to more balls flying out of the ballpark, noting that over-the-fence home runs at Rutherford Field were rare in his three seasons as an assistant coach.

The volunteers hope to begin construction on the dugouts in early March, just in time for the beginning of the season. But they are still trying to secure funding to purchase the needed material. The Ocean Beach School District applied for a $5,000 grant through the Seattle Mariners, but were not selected to receive the grant.

“We do need funding [for the dugouts],” said Hopkins. “It’s one of my worst things, fundraising. I’m not good at it and I hate asking people for money. I’m the type of person that just goes out and does it and hopes for the best. But we do need funding, we’re under the gun here.”

Donations can be made to Ilwaco High School baseball through the IHS Associated Student Body by contacting the IHS office at 360-642-3731.