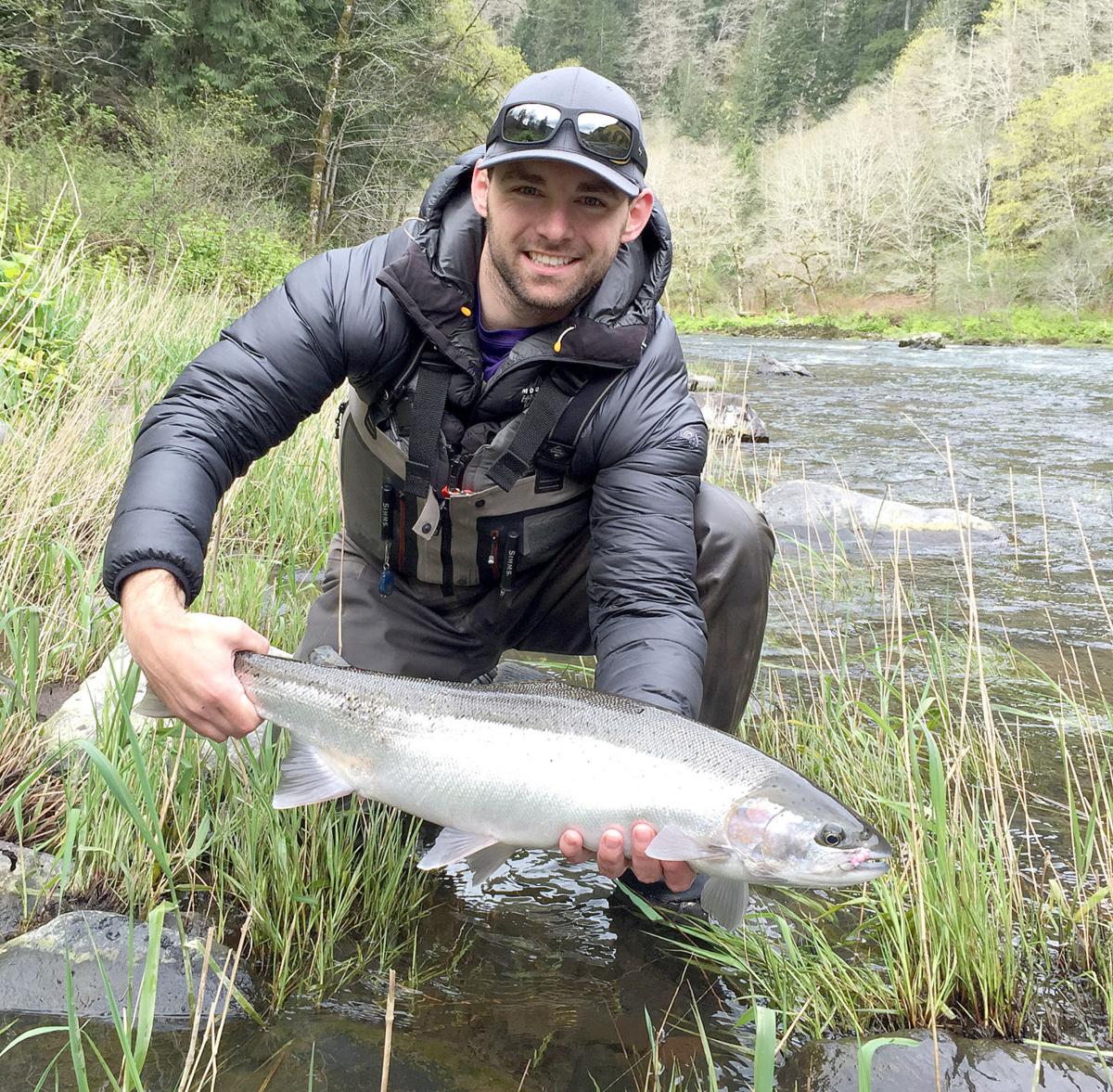 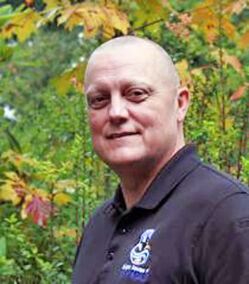 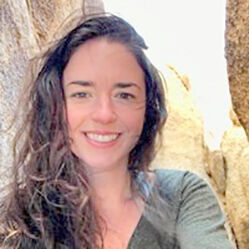 PACIFIC COUNTY — The 2019-2020 steelhead fishery’s closure along the Washington coast left a rotten taste in the mouths of many fishermen, who felt that the Washington Department of Fish and Wildlife wasn’t transparent in its decision making.

The agency is acknowledging the mistake and has instituted an entirely new process that includes public input. Because of warmer ocean water that makes it more difficult for steelhead to survive, season setting is likely to be an ongoing challenge.

WDFW held a town hall meeting via Zoom on Nov. 24 with the end goal to get information out about issues plaguing the steelhead fishery and some tough decisions that lie ahead. The meeting kicked off at 5 p.m. and opened with the agency acknowledging a significant mishap in its decision to close the fisher abruptly during the 2019-20 season.

“Last year, we closed the Chehalis [River] and Willapa [River] early due to concerns that we had that we would not meet our management objectives prescribed in the statewide steelhead management plan,” WDFW Fish Program Director Kelly Cunningham said. “As a result, many of us in the department spent a lot of time with you and many others talking about the issues we were facing and explaining why we were doing what we were doing.”

Cunningham continued, “I think it’s fair to say virtually everybody was frustrated, and many folks were angry. In short, we felt like there was a lot of opportunity for us to improve our messaging as well as soliciting feedback. In an attempt to apply the lessons learned from last year’s experience, we wanted to do things a little differently this year and into the future.”

'These short-term closures and regulations and restrictions really amount to rearranging the deck chairs on the Titanic.'

More than 160 people signed up and observed the town hall meeting hosted by Coastal and Puget Sound Region Fish Manager James Losee and moderated by Fish Program Project Manager Raquel Crosier. Each participant could wave their hand and submit a question for any of the panel members to answer during the final hour of the two-hour town hall.

After opening comments that involved all the WDFW panelists introducing themselves, Losee went over the meeting’s agenda and began running through a PowerPoint presentation currently available on the agency’s YouTube page.

Partially through the presentation, Losee showed a graph depicting the run size, escapement goal, and actual escapement numbers for Willapa Bay, the Chehalis, Humptulips, Upper Quinault, Hoh, Queets/Clearwater, Quillayute, and Hoko Rivers. Most of the rivers have seen steadily declining escapements for the past 25 years.

Interestingly, Willapa Bay is not a tribal co-managed fishery, which has kept the impact on the fishery far lower when compared to other rivers in the state. Regardless, the fishery still has been below escapement goals for the better part of the past 15 years, with only a small handful of years of achieving the goal of 4,000 fish. Escapement is the number of adult fish that return to a hatchery, where their eggs are taken, fertilized and the resulting offspring reared until they are released.

Speaking directly of the situation in Willapa Bay, Losee stated, “All of the mortalities associated with the fisheries are occurring by our sport fishery. So you can see a relatively low impact on the steelhead populations [in Willapa Bay].”

The most significant cause of high steelhead mortality leading to smaller run sizes has been poor ocean conditions in the Northern Pacific Ocean, including the Washington coast. According to Losee and researchers, the culprit has been “The Blob,” an expanse of the North Pacific Ocean where the temperature has beens above normal for much of the last decade except for 2016.

‘We are seeing some of the worst ocean conditions on record,” Losee said. “When the ocean conditions were cold and productive, steelhead were experiencing this favorable ocean climate and [were] responding to that [and] we saw there’s higher than normal steelhead survivals. [During these times] where the warm blob showed up, and we heard about it in the news, and we saw steelhead responded with lower than average survival rates.”

In 2016 there was what Losee describes as the blob hangover, during which ocean conditions again became favorable to steelhead and salmon, but quickly returned to a blob scenario the following year.

“As we look at these recent year survivals, we use these traditional estimates. [They are] really giving us a pessimistic look at ocean conditions [and] steelhead survival and future returns,” Losee said. “I want folks to know that these are probably conservative estimates in terms of if we look at ocean conditions. They are really supporting this idea. Not only are forecasts looking poor for next year, but we are likely going to see this in subsequent years.”

Each was designed around four parameters surrounding preseason forecasting of abundance, productivity, distribution, and diversity.

• Only allow steelhead fishing on the Quillayute River.

According to Losee and officials, only options 3 and 4 were the only one capable of achieving the four parameters in the preseason forecasting.

Options 1 and 2 were expected to provide abundance but would lack productivity, distribution and diversity. The largest issue with Option 1 and 2 is the potential for angler shift, meaning more anglers on the river during the same period or on the same river.

“The restrictions we are talking about [would be] a bait restriction coast-wide [and] no fishing from a floating device in select waters. There are certain waters it would be unsafe to get out of a boat [and] those would likely not be part of this regulation,” Losee said. “And [then] release rainbow trout to protect those life histories.”

Losee continued, “this [would] maximize time on the water, and in some cases, it might expand a fishery that would close on March 1 or March 30 by lowering encounter rates and may actually expand particular fisheries. [It would also] consistently protect steelhead in all areas, times and life stages. So there is sort of this consistent regulation coast-wide, and it would allow for the harvest of early and late-timed hatchery steelhead.”

The downsides of Option 3 would be that it will displace some user groups and would present a significant enforcement challenge for the agency.

“We do already have some no-fishing from a floating device regulations on the coast; [so] we’ve got some ideas on how to do that,” Losee said. “[Option 3] would be a challenging one for an already limited enforcement staff.”

Losee finished off speaking about the ability to close the fishery entirely and how easy it would be for officials, but the decision would impact local economies, displace vital fishery advocates, and close rivers where escapement will likely be met, among other things. During the meeting, his comments leaned towards Option 3 to be the best outcome for the fishery, officials and anglers.

One of the first questions that arose after Losee opened up questions and public comment was if the agency could create some hybrid from parts of the four options, to which Losee responded it was possible.

“These are not fixed options, so these are not the only three [that permit some fishing],” Losee said. “I see flexibility between them. The thing about these four options [is that] all four of them provide confidence that we will meet our escapement goals. The status quo does not provide that confidence, because we have seen that it has not been working well for us.”

“I represent about 30 guides in Grays Harbor County [and] from our standpoint for a lot of this is for conservation first,” he said. “If the fishery is canceled, then we will be the first to acknowledge it and [that] we should be more cautious.”

He continued, “my next statement is closures are kind of a sign of something being mismanaged and not necessarily our impacts on a fishery. It’s the department and co-managers [and] this is the first time we’ve had this conversation, and [that] this information has been available this early. It’s kind of been a surprise to a lot of us. It’s just a kind of throw our hands in the air moment here, and what do we do. There are a couple of good options, but [with] a full closure, you’re going to lose a lot of advocates.”

“I think most of us would be supportive of whatever short-term drastic measures it takes to protect … what is kinda of a precipice right now with wild steelhead and none of us want to be the guy that shoots the last buffalo,” Tomine said. “So I think we would be open to whatever closures might need to take place.”

He continued, “but these short-term closures and regulations and restrictions really amount to rearranging the deck chairs on the Titanic. Are you looking at why we are in this situation in the first place? I would argue there are some coincidental things going on that when you look at the rivers that are way below escapement, those are the rivers that I believe have the highest amount of hatchery production going on.”

The remaining 50 minutes of the meeting consisted of dozens of more questions and comments directed at WDFW officials and the continuing issues plaguing the steelhead fishery.

Losee mentioned early that all comments and questions were being documented to be provided to the fishing commission, who will make the ultimate decision and seal the fate for the 2020-21 steelhead fishing season.