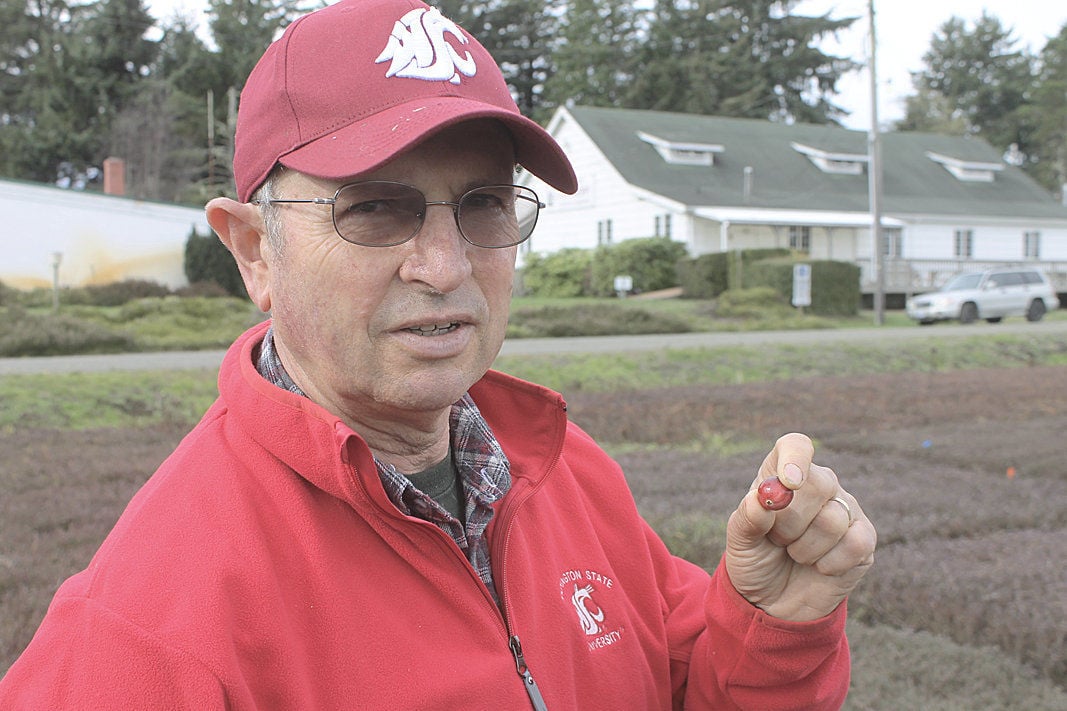 Washington State University research scientist Kim Patten holds a cranberry, and maybe the cranberry industry's future, at the Pacific Coast Cranberry Research Station in Long Beach. Over 25 years, Patten has been a high-profile advocate, and sometimes a target, for the Long Beach Peninsula's food producers. 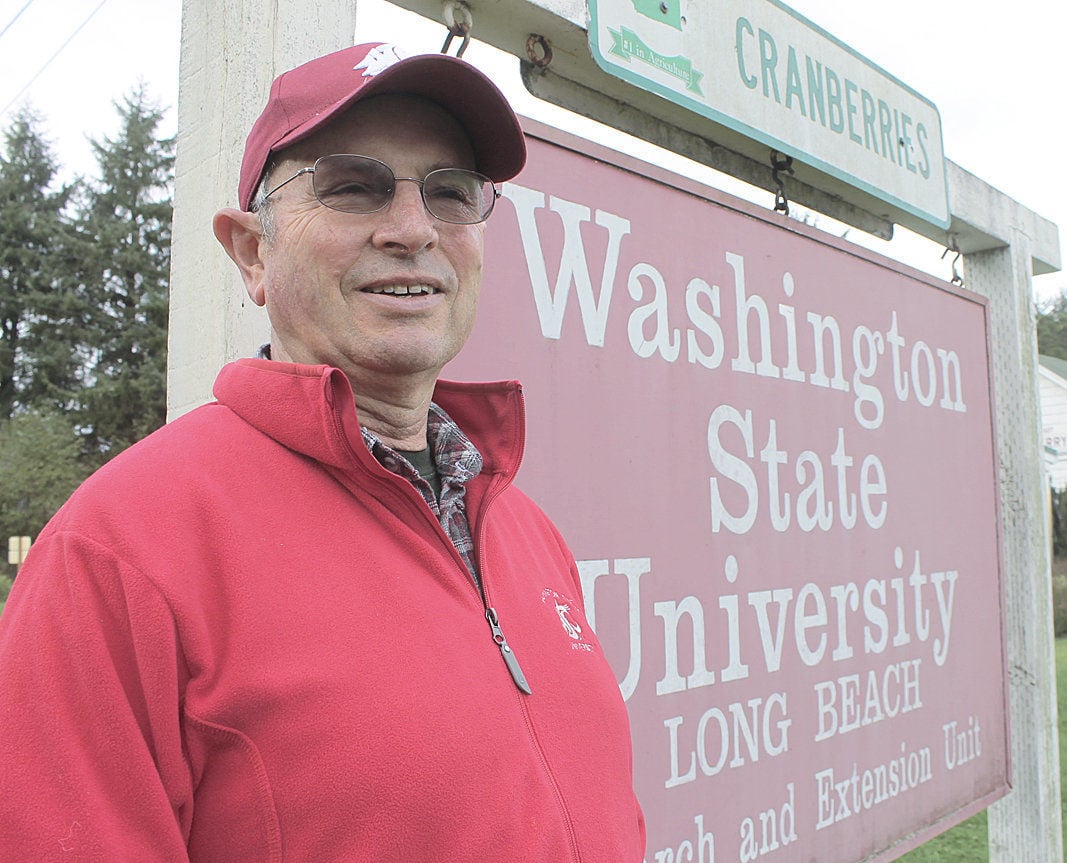 Washington State University research scientist Kim Patten holds a cranberry, and maybe the cranberry industry's future, at the Pacific Coast Cranberry Research Station in Long Beach. Over 25 years, Patten has been a high-profile advocate, and sometimes a target, for the Long Beach Peninsula's food producers.

The shrimp’s tunneling causes commercially grown clams and oysters to sink in the mud and suffocate. Left unchecked, the shrimp will sink shellfish farmers, too.

Patten has tried crushing, blasting and paving over shrimp. He’s tried organic controls, such as garlic oil, mustard seed and habanero pepper. He’s tried sound waves, hoping annoyed shrimp would move away. He has tried things knowing full well that they were, in his words, “stupid.”

Stupid but necessary. All possibilities must be exhausted, he says, to build a case for the one thing that has proven effective — a chemical. “You can’t justify trying the harsh stuff until you try the safe stuff,” he said.

Twenty-five years ago, Patten gave up a newly earned tenured position at Texas A&M University and returned to his alma mater as director of WSU’s Pacific Coast Cranberry Research Station, an isolated and rundown outpost that the university wanted to close.

The station survived, thanks to protesting cranberry growers and an influential state senator, and so has Patten, though he’s been nicked.

He’s been thrust into the spotlight over the years, partly by his own choosing, as an advocate for pesticides, fungicides and herbicides to take on the pests, diseases and weeds that infest the region’s cranberry bogs and shellfish beds.

“He’s a grower’s advocate. He tries to do everything he can for individual growers,” said cranberry farmer Malcolm McPhail.

In cranberry bogs, weeds intertwine with vines. Patten was a pioneer in testing Callisto, an herbicide the cranberry industry has come to rely on to control weeds without damaging vines.

“Weed research has been his forte,” McPhail said. “He’s been incredible in that respect, as far as getting new compounds.”

Patten, now 62, oversees 11 acres of cranberry test plots. Recently, he showed a visitor a variety so new it doesn’t have a name. The berries were large and matched Patten’s crimson WSU hat and sweater. This, he said, would be a good berry for Ocean Spray Craisins, a happy prospect for the state’s growers, most of whom belong to the co-op that produces the dried cranberries along with other products.

Someone once called him “chemical Kim,” and the alliterative put down has been too good ever since for reporters to resist mentioning.

“It’s a pretty vicious, mean world out there in terms of social media,” Patten said. “It’s not fun to be attacked professionally, and I’ve been attacked a lot professionally.”

The spotlight was particularly intense this year when shellfish growers gave up a permit from the Washington Department of Ecology to spray burrowing shrimp with imidacloprid, a chemical commonly used on land crops and approved for use in the bay by the U.S. Environmental Protection Agency and the Washington State Department of Agriculture.

Imidacloprid was to replace the discontinued carbaryl, which had been used in the bay for 50 years. DOE said the switch would substantially reduce toxics in Willapa Bay and Grays Harbor. The growers thought they were making environmental strides, but critics did not. The growers ultimately canceled the spraying after waves of bad publicity and threats of consumer boycotts.

“It left me feeling nauseous and disgusted with modern society and the way we deal with food,” Patten said.

He said he’s wary of chemicals, but he deplores what he describes as the public’s unreasoning fears and ignorance of the regulatory framework that vets their use.

Patten said he’s not optimistic he will find an effective alternative to imidacloprid, but he doesn’t want to retire until the problem is solved, so he’ll keep trying. “There’s always something you can try,” he said. “Maybe electricity.”