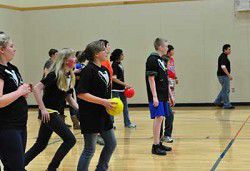 <I>Contributed photo</I><BR>Ilwaco Middle School students enjoyed a robust bout of dodge- ball, along with many other fun events at Midnight Madness. 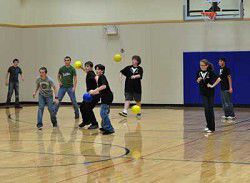 <I>Contributed photo</I><BR>Ilwaco Middle School students enjoyed a robust bout of dodge- ball, along with many other fun events at Midnight Madness.

The theme of the event was "Secret Agents" and the participating students each received special tuxedo T-shirts made by Ilwaco Industries. The shirt was designed by eighth grader Keifer Gray.

The Middle School Midnight Madness was a substance-free event giving youth an opportunity to engage in pro-social behavior in a safe and substance free environment. Partial funding was provided by Washington State Department of Health, Tobacco Prevention and Control.

'Be careful what you wish for:' Trump to Biden over 25th Amendment