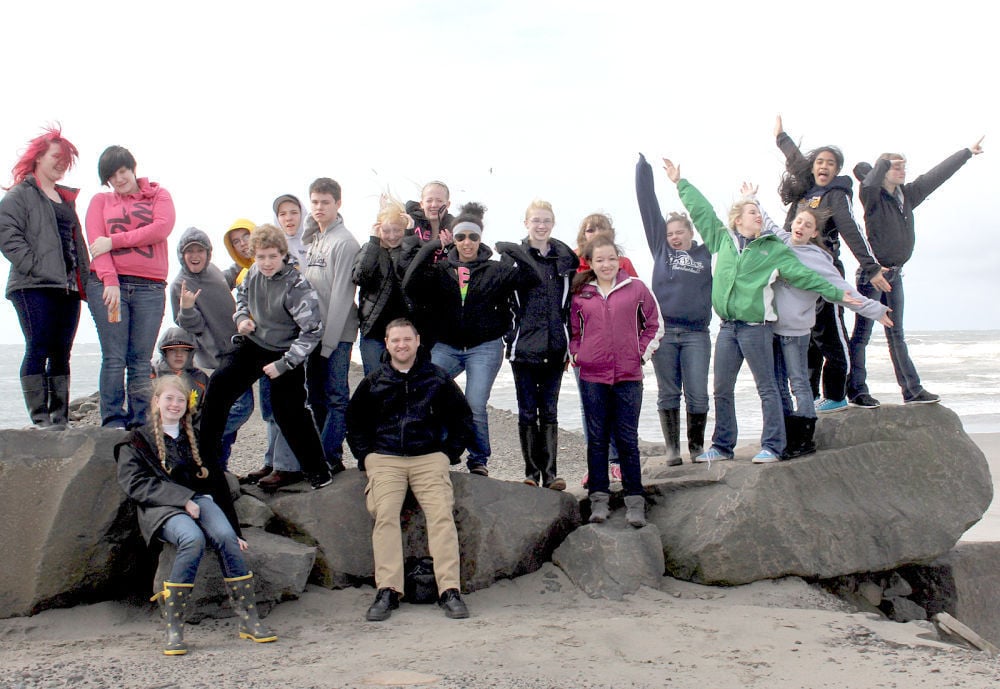 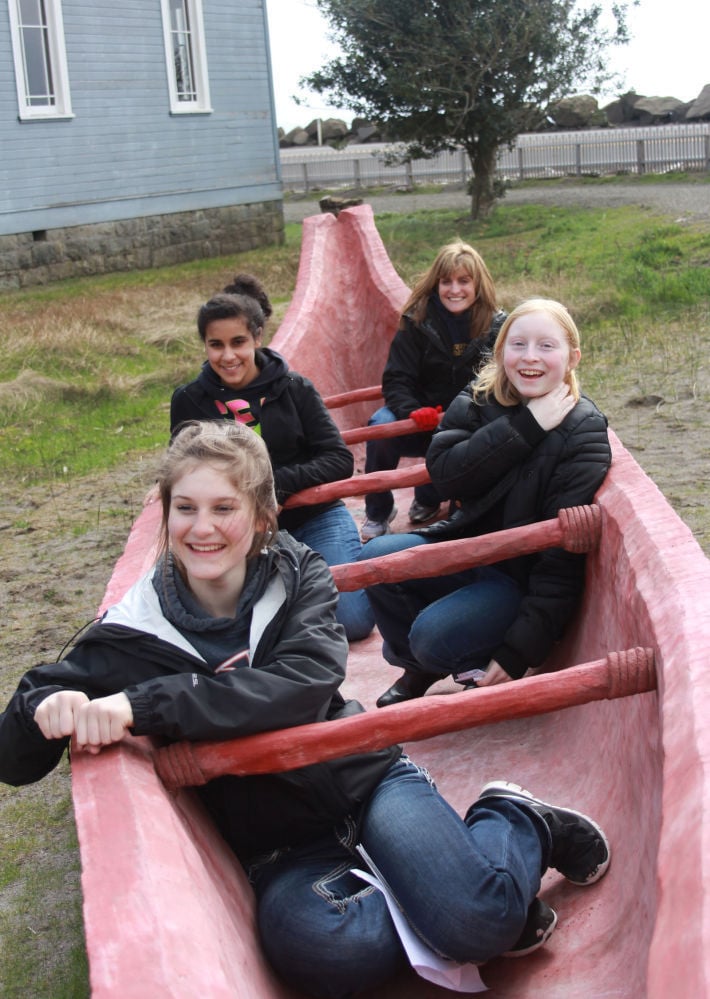 ILWACO  It was Ocian in View for the Naselle eighth grade Pacific Northwest History class as they visited the Lewis and Clark Interpretive Center and Fort Columbia on March 27. The class also walked out to the north jetty at the mouth of the Columbia River during their field trip as part of the Sea and Land Explorers unit.

We had a great presentation by park staff that emphasized that the Corps of Discovery was filled with normal people who were on a very important historical trip. But just like everyone else, they made mistake in their lives, Naselle teacher Rob Dalton said.

The class learned about some of the unlikely heroes that were on the expedition including the French (one-eyed) Pierre Cruzette who shot Lewis in the backside and then pretended that he had nothing to do with it, according to Dalton.

The 23 students on this trip walked out on the north jetty and discussed why and how it was built. None of my students had ever been there before, Dalton said.

On the way back to Naselle the class stopped at the new Station Camp site where they discussed the significant vote and the decision to stay at Fort Clatsop in Oregon. The class also stopped at Fort Columbia.

The kids learned about the possible gold hidden on the old James Scarborough land. I am afraid the kids didnt probably get out of that visit what I was intending as they all wanted to find gold, but they did have fun exploring the war bunkers, Dalton explained.

That visit will be a good reference for when we get to our unit on local history related to wars because the kids will at least know where we are talking about when I reference Fort Columbia.

SE Cupp: Trump can say all the right things but it's too late