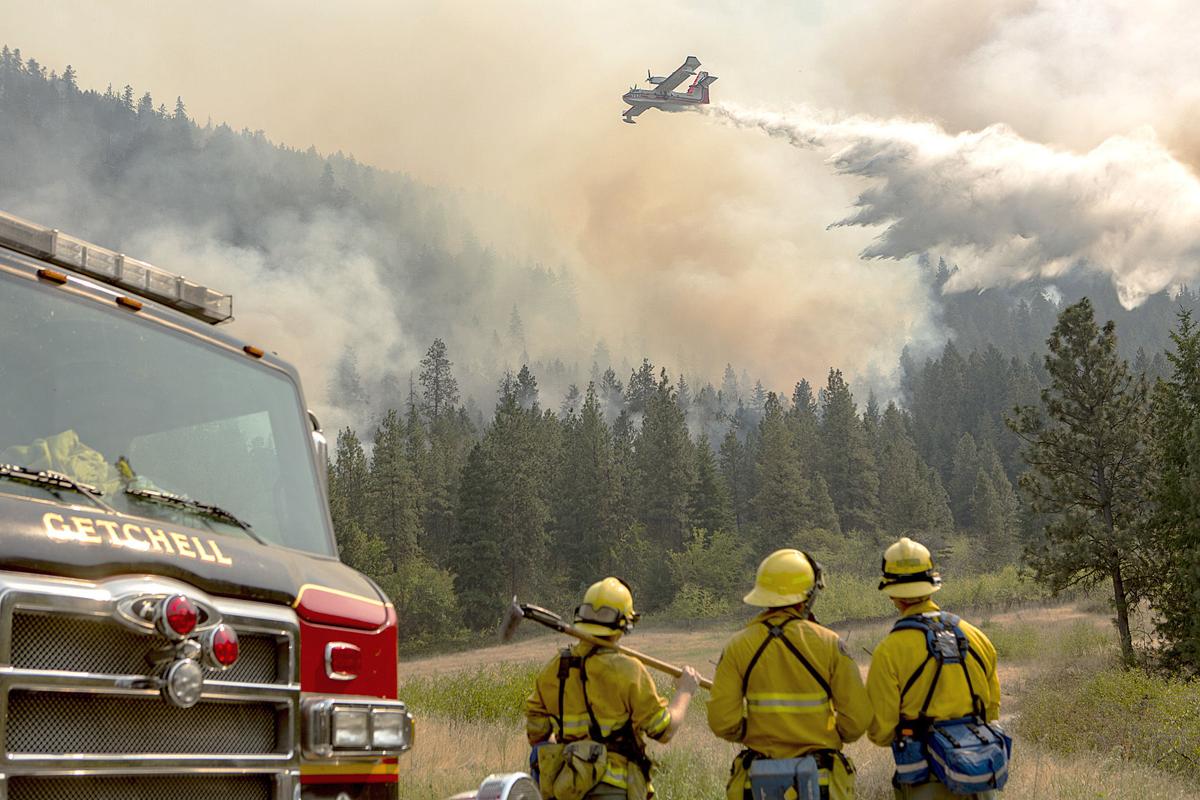 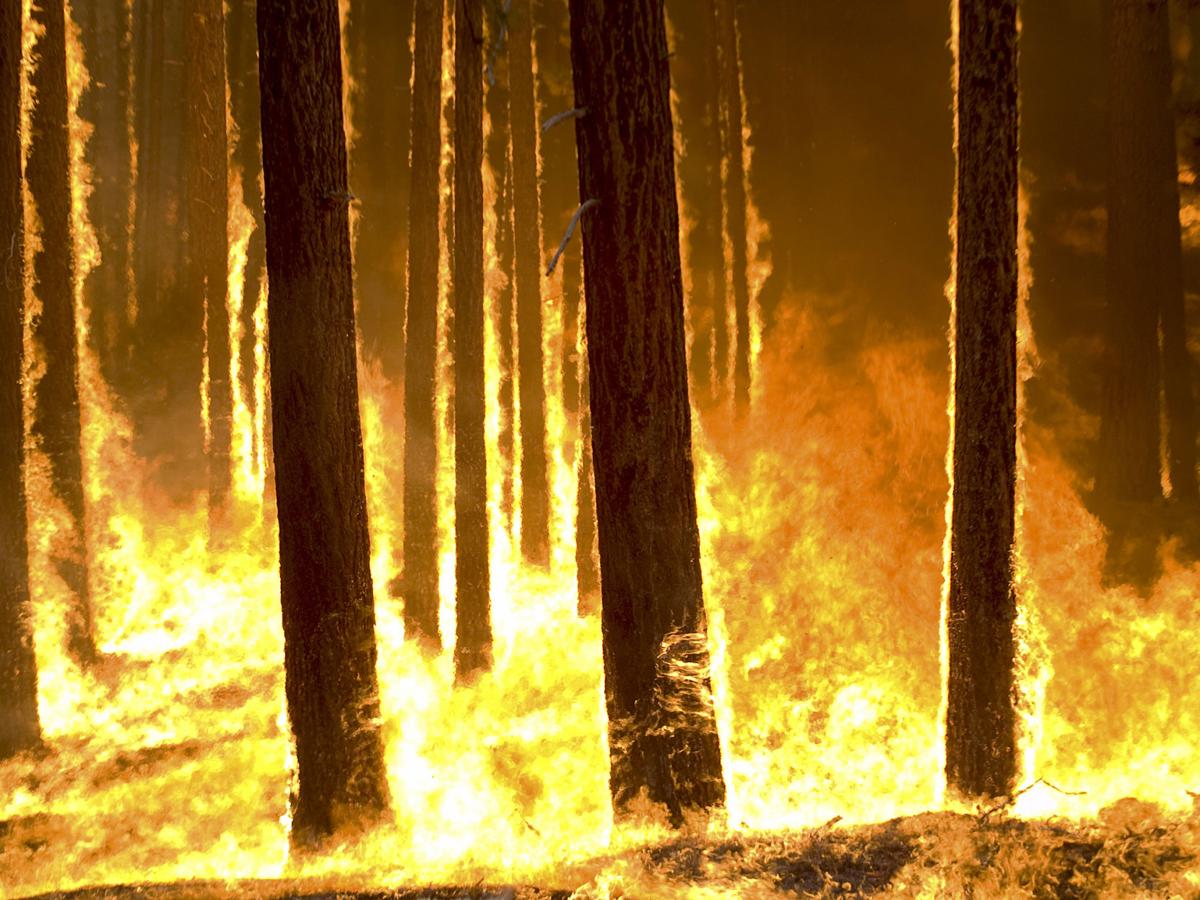 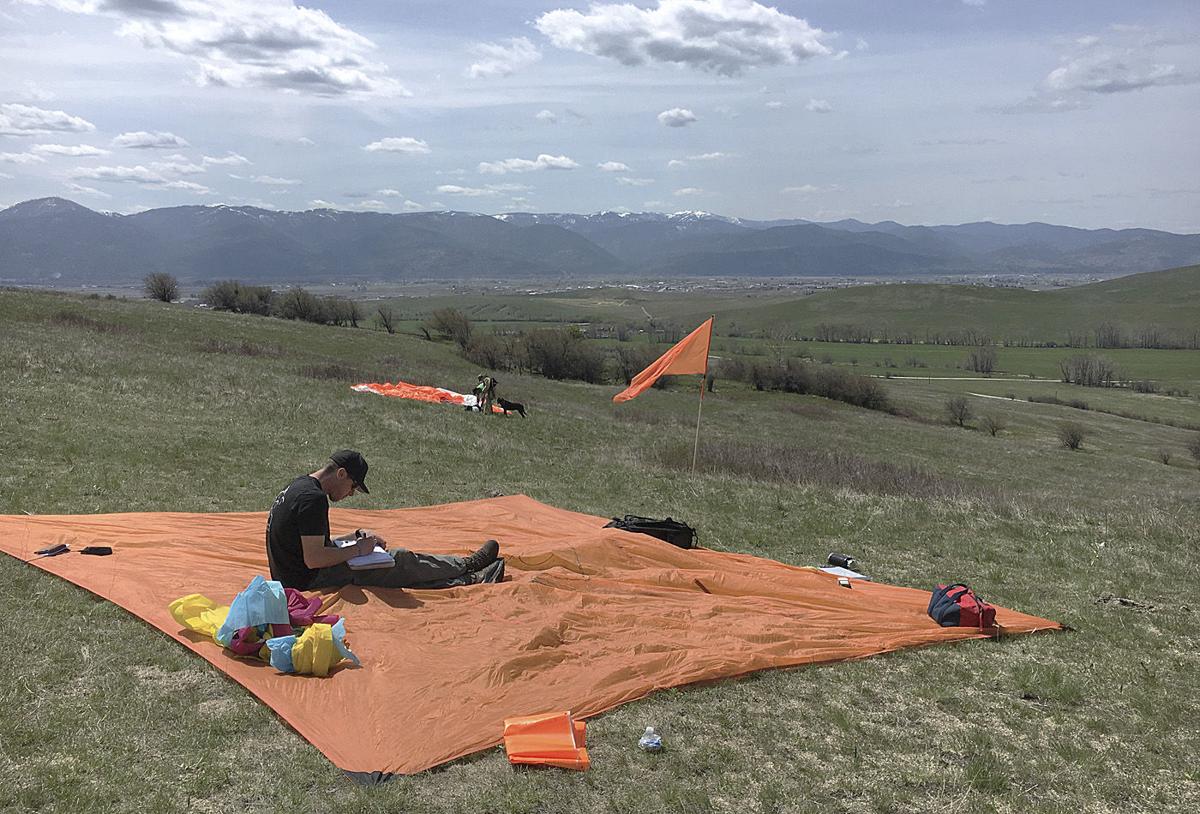 A trainer critiques the parachute flight of a northern Idaho wildland firefighter and smokejumper candidate, in the background. Flight pattern, airspace and jump partner awareness, flight control and landing are key elements. Wildland firefighters undergo training every year to prepare for the fire season. 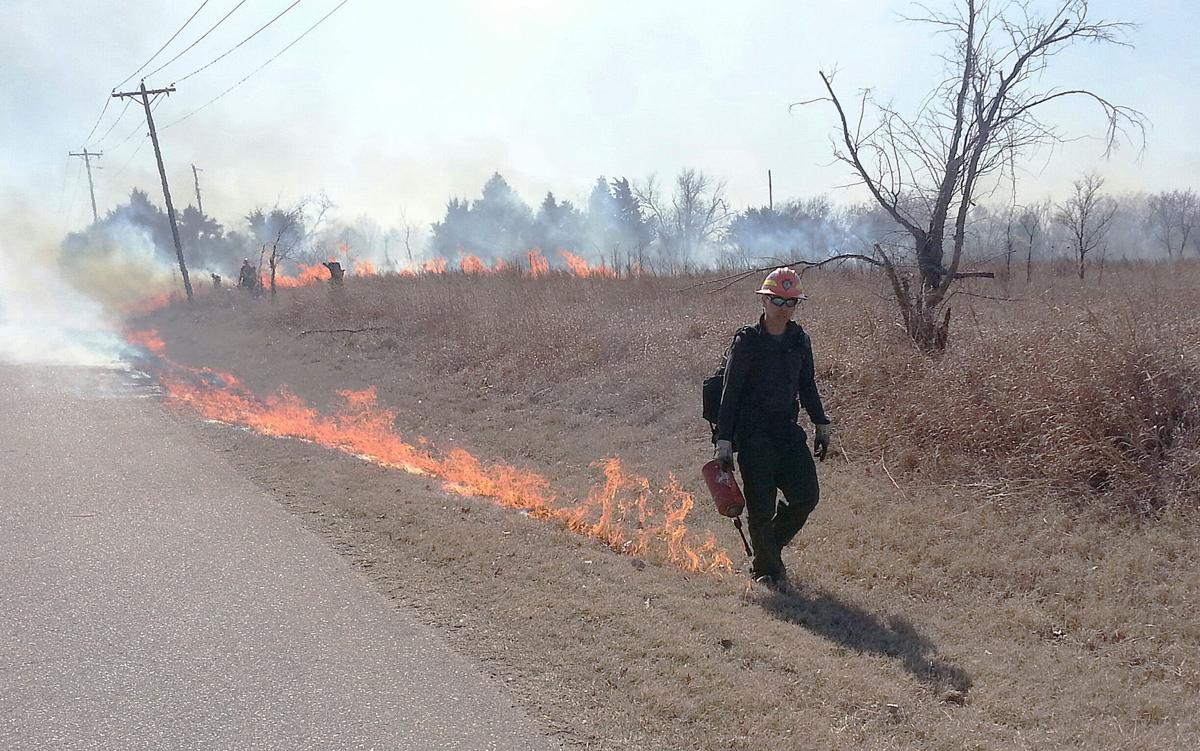 A firefighter lights a back fire with a drip torch. Back fires are among the many tools used to fire wildfires. 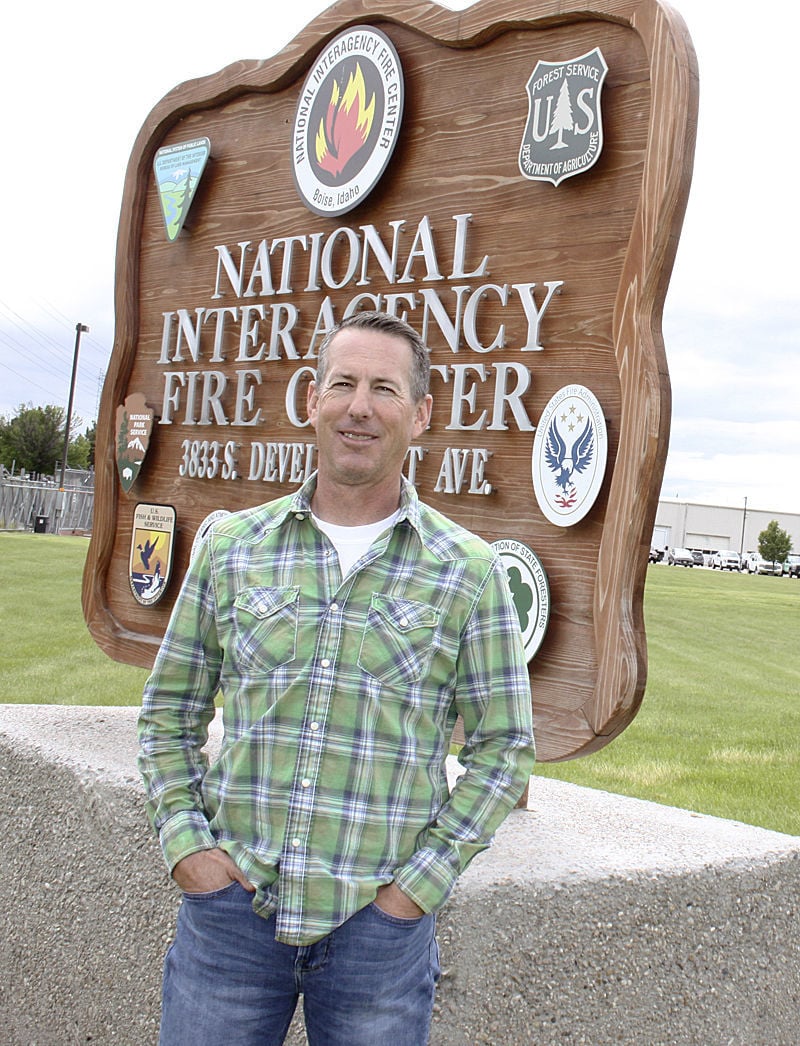 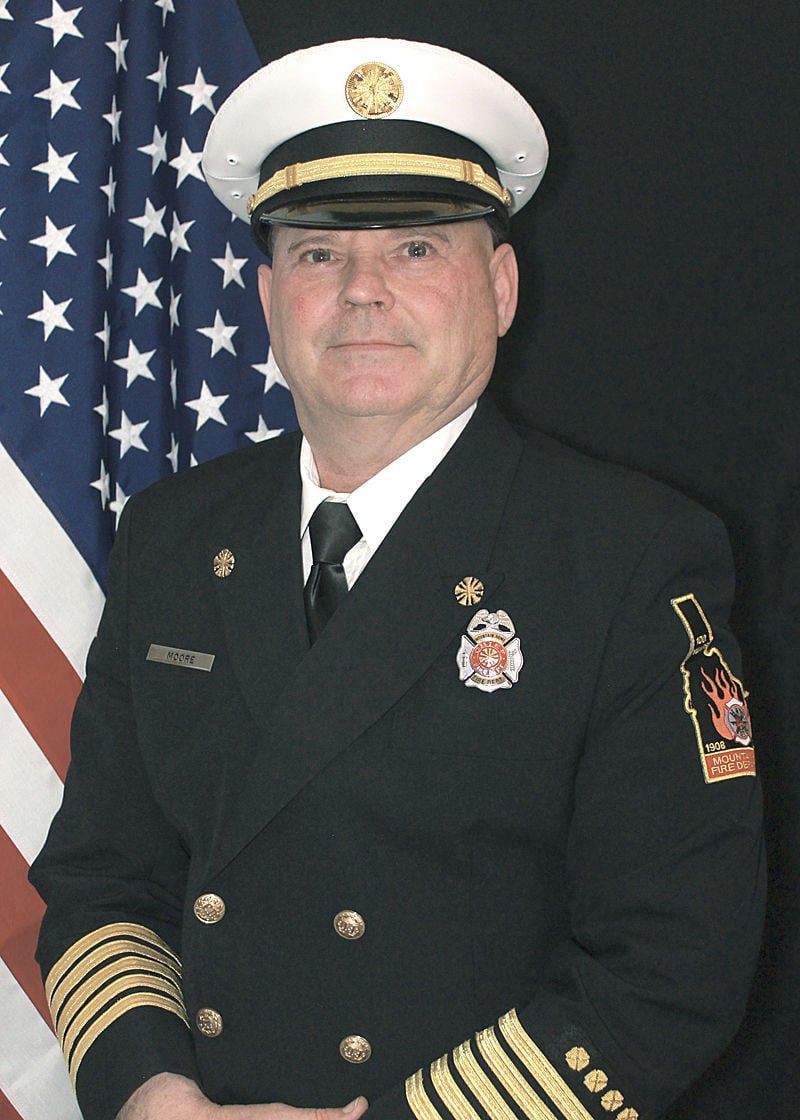 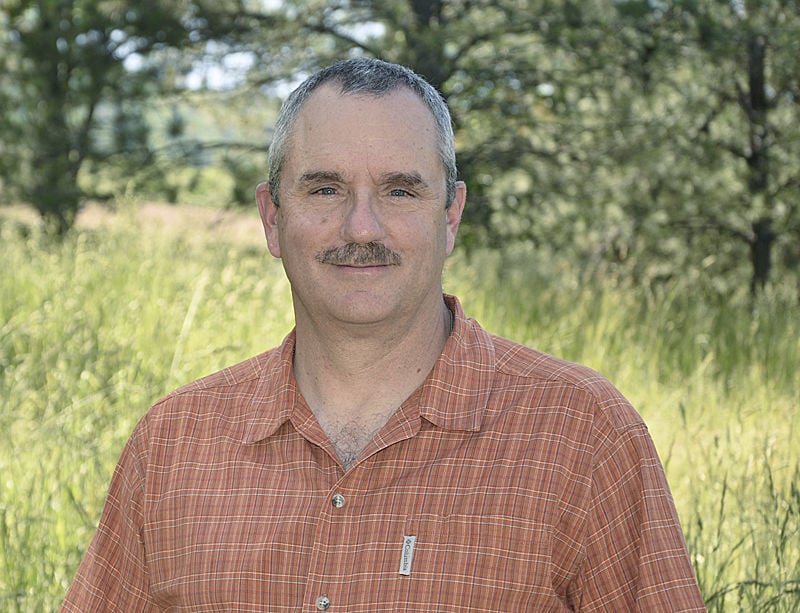 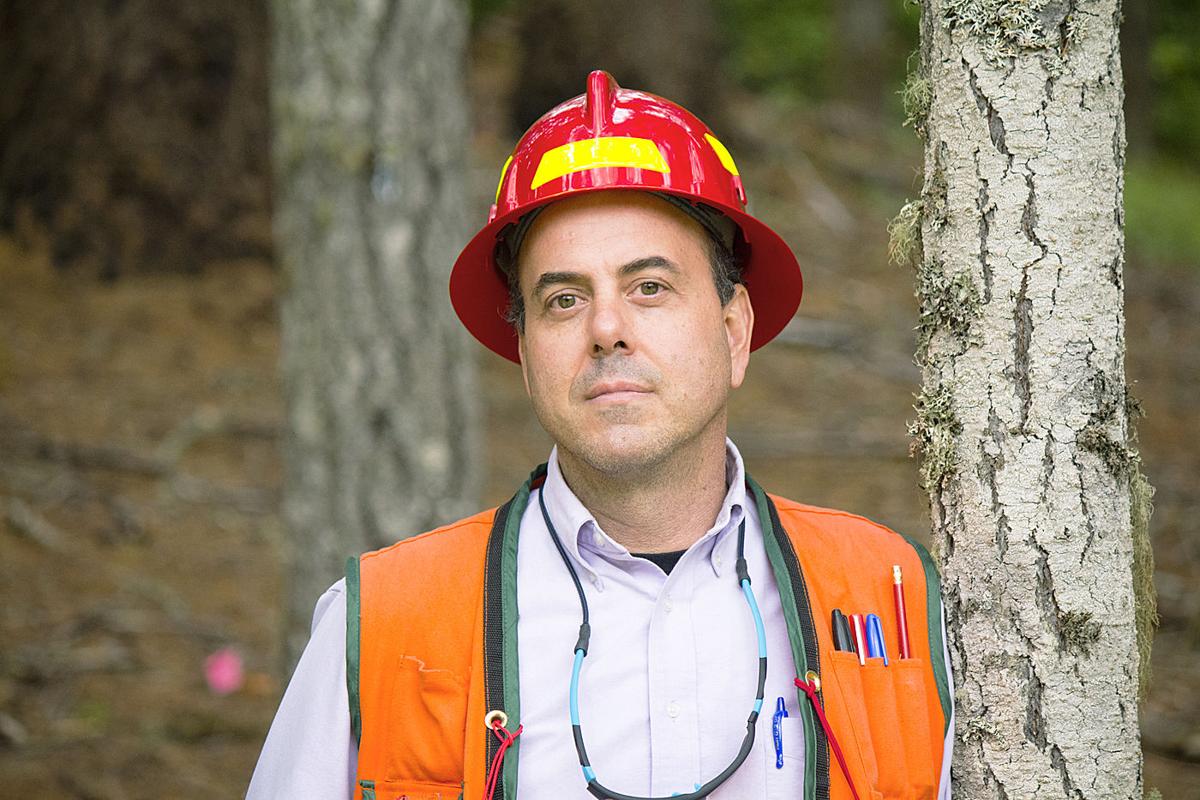 A trainer critiques the parachute flight of a northern Idaho wildland firefighter and smokejumper candidate, in the background. Flight pattern, airspace and jump partner awareness, flight control and landing are key elements. Wildland firefighters undergo training every year to prepare for the fire season.

A firefighter lights a back fire with a drip torch. Back fires are among the many tools used to fire wildfires.

Mark Moore is ready for another busy wildfire season on southwest Idaho’s rangeland.

As chief of the Mountain Home Fire Department, his crews must not only be prepared to fight structure fires within the city limits but also battle wildfires that can roar across the countryside. The volunteer Mountain Home Rural Fire Protection District contracts with his department to assist with wildfire suppression.

“We anticipate every year being a big season in terms of wildland fires, even more so because of the type of vegetation we have — carpet fuel, so to speak,” Moore said.

Though the wildfire outlook for the Northwest is mixed — some of this year’s hot spots for wildfire are, ironically, along the usually damp Pacific coast — the idea is to train for any possibility.

The coastal area of Washington and Oregon will have an above-normal fire risk. That means the number of acres burned are predicted to exceed the 10-year median for significant large fires because of fuel loading and drier-than-normal conditions.

Some of Northern California will also have an above-normal risk of significant large fires through October because of an abundance of grasses, down and dead fuels and heavy brush growth.

Nationwide, the wildfire season this year has already been busy, although not as busy as in 2018.

That’s down from 25,661 fires burning slightly more than 1.8 million acres during the first six months of last year.

As of last week, six large fires each were burning in Alaska and Arizona; two each in Washington and California; three in New Mexico; and one in Florida.

In the Northwest, NIFC predicts the potential for significant large fires will be normal with the exception of the coastal areas and far Northern Idaho and Montana.

In California, NIFC expects above-normal fire risk in June and July in the San Francisco Bay Area, Sacramento Valley and central coast, the exception being the mountainous Mendocino National Forest, which will be normal.

For August and September, normal or above-normal fire risk is forecast for the northern half of the state.

Bryan Henry, meteorologist and acting fire weather program manager for NIFC Predictive Services, said year-to-date moisture was above normal in California and in much of Southern Idaho and Eastern Oregon. That will produce a robust crop of grass and other fine fuels that keeps rangeland firefighters busy later in the season, when temperatures rise.

But the drier timberland areas in northwestern Oregon and in Washington state, and in Idaho near the Canadian border, “could see a near-normal start and progression” of the fire season in June, Henry said. “Then, activity could be above-average for the season.”

July temperatures should be close to normal from the Sierra Nevada to the Columbia Basin and the Northern Rockies, he said. That’s in contrast to weather that averaged about 5 degrees warmer the last several years. In July, “we also should see some above-normal precipitation.”

Soil moisture is ample in much of the Great Basin and California, which could portend higher humidity in the afternoons as temperatures rise, Henry said. “Grasses would not be as excessively dry. Fire spread rates would be lower in that scenario, but that is a matter of wind speed.”

Nationwide, more than 8,200 trained firefighters work with or cooperate with BLM. Acarregui said the agency spends about $1 million a year to train local cooperators such as rangeland associations and rural fire departments, develop field communication plans and aid in leadership development.

Henry said on June 14 that about 20,000 lightning strikes during the previous two nights in Northern California, the Northwest and much of the Rockies and Great Basin proved valuable to forecasters.

“We needed a good test and reality check to make sure our assumptions were correct based on the numerical guidance we had, and they were correct,” he said. “The substantial lightning we had occurred in areas we had questions about.”

Earlier data “indicated the that fuels were drying at a slower-than-average rate and were not yet receptive” to fire, Henry said. “That did prove to be the case.”

For example, lightning-caused fires on grasses in Oregon — concentrated in the state’s central and eastern regions — and near the Idaho-Utah line were mostly an acre or smaller, and short-lived, he said.

“This is not the kind of event we want to see in July,” when the landscape will be significantly drier, he said.

In north-central Idaho, the Nez Perce-Clearwater National Forests include steep, grassy canyons where fire can spread quickly, with timber and towns sprinkled throughout. At a higher elevation south of the Clearwater River is a firefighting aircraft and smokejumper base in Grangeville.

“If we get a smoke report, we want to get on it quickly to ensure the fire remains small,” public affairs specialist Gregg Goodland said. “As you move up in elevation, you gradually change to a brush-type fuel, and those fires are going to hold different challenges,” such as bigger flames.

“We are expecting some large fires, like normal, and the possibility of numerous fires at once,” Goodland said on June 10. “As we see storms develop and conditions getting more ripe to support fire, in terms of preparations and what we are expecting, it’s kind of all right there.”

During last year’s busy wildfire season, the Nez Perce-Clearwater forests caught a break. “Lightning just seemed to go around us,” he said.

However, the outlook is as changeable as the weather.

A delay in timberland fire activity could prolong the prescribed-burn season, which typically ends as fuels dry and personnel are called to other fires, John Bailey, a professor of silviculture and fire management at Oregon State University, said June 6.

“But in general, the West is going to be in fire season fairly soon,” he said. “Most factors of the last 15 years are still in play,” including increases in fire severity and acres burned, greater human presence and some decline in active land management that incorporates harvest. “Fuels are still growing, every year and every day.

“Everyone basically expects it’s only going to get worse in the near term,” Bailey said. However, he said, “It’s not going to apply every year in every location. It’s a complex world.”

Henry said last fall’s big California fires occurred amid critically dry fuels, high temperatures, and humidity in the 10-15% range. “And we had some gusty wind events, like down-sloping winds.”

Those fires far exceeded expectations, he said. “The behavior we saw from those fires was more severe than what we would otherwise expect. We expected very aggressive fires, but these things were almost off-the-charts bad.”

California’s high-elevation timber this year is in better shape because of an ample snow melt and should see a “late entry” into peak fire season, Henry said. August heat likely will pose problems in middle- and low-elevation grasses plumped by earlier heavy rain but subsequently dried.

As to what is considered a “normal” U.S. wildfire season, the average number of acres burned has been increasing over time despite year-to-year variations, Henry said. “So it is almost a floating average.”

Moore, the Mountain Home fire chief, said lightning strikes, power-line issues and an increase in the number of people living in the wildland-urban interface can add to the fire workload.

“Plan your work and work your plan because it’s something you live with in the desert,” he said. “And most often when it gets dry, we are susceptible to fires.”