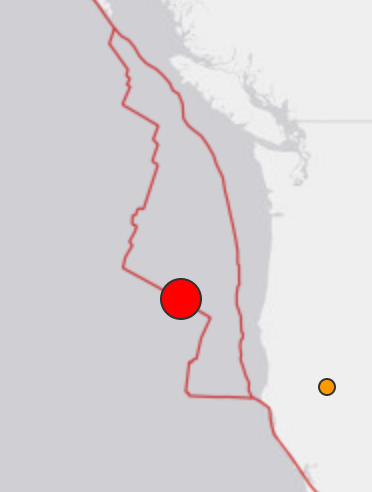 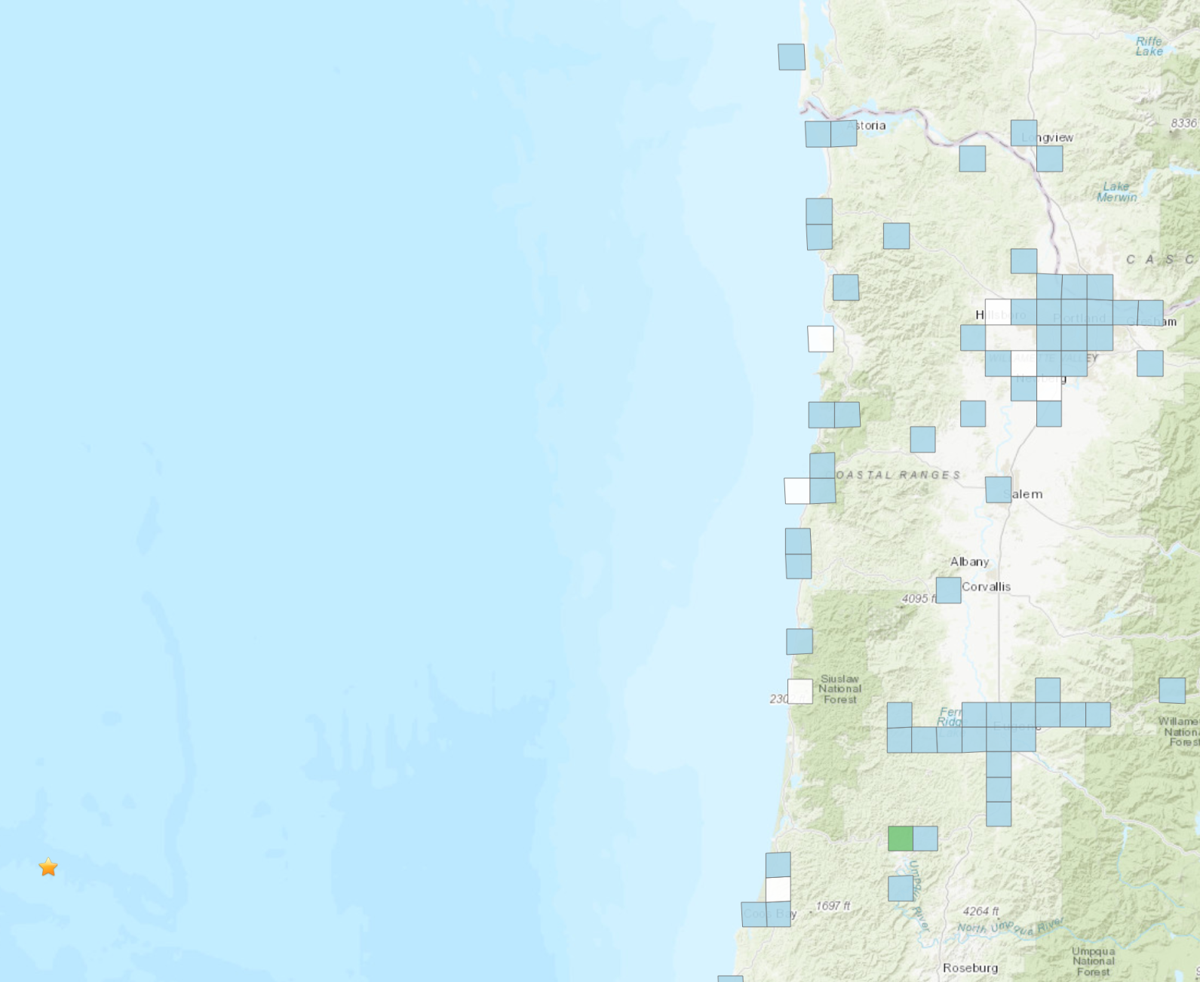 Did you feel it? You can report here: https://earthquake.usgs.gov/earthquakes/eventpage/us700059qh/dyfi/intensity

Did you feel it? You can report here: https://earthquake.usgs.gov/earthquakes/eventpage/us700059qh/dyfi/intensity

SOUTH OREGON — A powerful earthquake initially measured at 6.3 or 6.4 intensity occurred at 8:08 a.m. Thursday on a crustal fault 170 miles west of Bandon, Oregon.

There is no tsunami warning, advisory, watch, or threat.

The earthquake occurred at a depth of 7 miles at Lat: 43.6° N Lon: 127.8° W. The quake's location is on a vertical fault between the Pacific Plate and the Juan de Fuca Plate.

There were widespread reports from people on the mainland who said they felt the shaking, including many as of 9 a.m. Thursday in the Portland area and elsewhere in the Willamette Valley. One of the northern-most reports was on the Long Beach Peninsula.

To put a 6.4 quake into context, the July 4 temblor in Southern California was 6.4 and was described as that region's most powerful quake in 20 years.