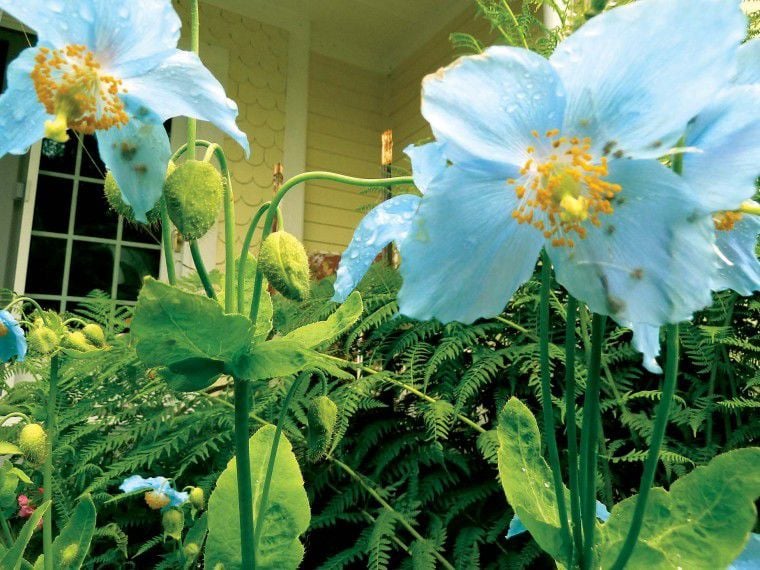 Bob Caswell will be proudly displaying his Himalayan blue poppies during the upcoming Music in the Gardens tour this Saturday June 25, from 10 a.m. to 4 p.m. 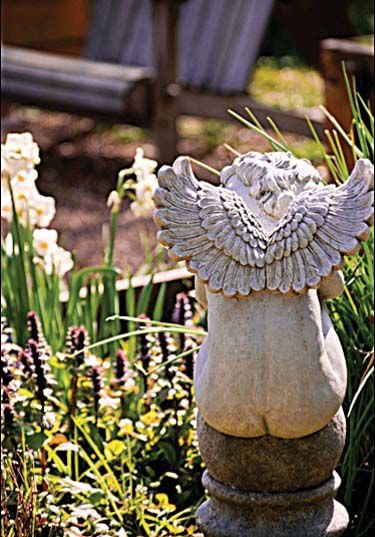 Bob Caswell will be proudly displaying his Himalayan blue poppies during the upcoming Music in the Gardens tour this Saturday June 25, from 10 a.m. to 4 p.m.

PENINSULA  The fifth  annual Music in the Gardens tour will take place on the Long Beach Peninsula this Saturday, June 25, from 10 a.m. to 4 p.m. Tickets are $15 and can be purchased at The English Garden in Seaview, The Basket Case Greenhouse in Long Beach and Adelaides Books and Coffee in Ocean Park, with proceeds benefiting the Water Music Festival Society.

One of the gardens featured for the first time ever in this event is the spectacular property lovingly tended by Bob and Marilyn Caswell just off Sandridge overlooking Willapa Bay.

Their bayside paradise, first a bed and breakfast, then a senior home and currently for sale, sports a long forested drive lined with hydrangeas and a mature vegetable garden. Up a short hill and looped driveway youll find their version of a Peninsula Garden of Eden.

One of Bobs specialties is hydrangeas and he shared that recently he won honors in Portland. I took in one of my huge white hydrangeas and it won Best of Show, he said on a recent tour of their meticulously tended garden. One of the judges told me that not only the bloom but the green foliage on my bloom was perfect.

Another coup that gives Bob special pride is the blooming this year of a bed of Himalayan Blue Poppies. These are very difficult to grow, he confided, but this year look at how many we have in bloom. There have been 30 of them blooming and although they had to endure the rain this weekend, there are still many blooms to come.

Bob promises garden tour visitors not only the wonders of his garden (he is a Master Gardener) but the delicious offering of pan-fried oysters for those who come in the middle of the day during the garden tour.

The vegetable garden is equally well-tended. Passing through the deer fence one finds rows of maturing artichoke, and row after row of various greens and berries galore. There is an entire section of the garden devoted to huckleberries, which look to be ready to provide a bumper crop this year, as well as blueberries and raspberries. Bob also has his own currants. I like to mix these with raspberries  its one of my favorite jellies and you cant always get them in the stores when you need them.

It was one of my mothers recipes and Im my mothers boy, he says, as he goes into the garage to peruse the rows of canned jellies from past years.

Bob recently won a Tongue Point landscape raffle which allotted him 16 young gardeners and their instructor to assist in putting the final touches on his garden. I had them spread hemlock bark mulch, he said. This particular mulch is a rich dark coffee-ground color rather than the more glaring red of most bark mulches. It sets off the variegated green foliage and blooms to their utmost.

The Caswell property still has vigorous rhodies in bloom and just over the white rugosa rose hedge is a  spectacular view of Long Island. How do the Caswells keep their grounds and garden in such immaculate shape? Out of my seven-day week, I spend eight days in the garden, said Bob.

Blackwood Cottages by the sea

The Bleckovs four-acre oceanside property was known in past years for renting cottages to visitors, but recently they have turned their property into privately owned homes.  What hasnt changed is the elegance and restful charm of the grounds.

Jim and Peggy began developing the property, which was part of the Clamshell Railroad run, in 1995 when they purchased a blank slate. Since then they have worked together to create a masterful retreat with 120 arborvitae, 20 huge stransvasia,  50 mounds of genista, an herb garden, fountains of lupine, patios and terraces that open to a pond.

While Jim worked on the development and construction of the ten cottages, I began clearing, said Peggy. Then I amended the soil in preparation for spring  planting in 96. I wanted to have an eye-catching presence by the time we opened our doors in August of 97.

They transformed the property and  Blackwood Cottages received rave reviews for excellence from Coastal Living, Sunset Magazine, and Northwest Best Places. They even got a commendation for Best Places to Kiss during the time when they were renting the cottages.

I think one of the remarkable features of our property is the herb garden, but Im pretty proud of the lupine garden, too. Its just a year old and its already growing up past my waist with its huge blooms, said Peggy.

But the herb garden is interesting, too, so many tastes and smells. We actually have patchouli growing  have you ever seen it live?  and a Korean and Vietnamese magical herb called Fo-Ti.

Fo-Ti is a Legendary Oriental Elixir of Life said to possess fantastic rejuvenating properties. This wonder-herb, according to notes sent by Peggy, is thought to provide all sorts of health benefits. Its roots are used to restore blood, liver and kidneys, and it is prescribed for conditions as varied as vertigo, insomnia, lumbago, and constipation. Recent evidence shows it to be effective against high blood pressure and hardening of the veins and arteries.

The other feature of the garden is the habitat it provides to local wildlife. The property has been recognized by National Wildlife Federation as a certified wildlife habitat. Many of the beds overlook the pond where we see Wood Duck babies. We also have harlequin ducks, and their coloring is absolutely exotic, Peggy said.

Just from our kitchen window and out in the courtyard we see probably over 50 different types of birds, she continued. Right now were seeing mostly Goldfinches and Cedar waxwings.

In the winter weve had as many as 200 mallards in the pond. Right now we have maybe 30 or 40 and a couple moms left as well.

In a way you get 10 gardens in one stop, as each of the cottagse have their own gardens as well.

In addition to the fun visitors will have simply by enjoying the tour, ticket prices go to support the Water Music Festival, a non-profit which provides high-quality and affordable music programs for both Peninsula residents and visitors. For more information about the festival see www.watermusicfestival.com

For more information about the garden tour, contact tour chair Nancy Allen at 642-2507.

PHOTOS: Rain, wind and some storm damage in Virginia and North Carolina as Zeta passed through Thursday

A once purple state, to Democratic stronghold?