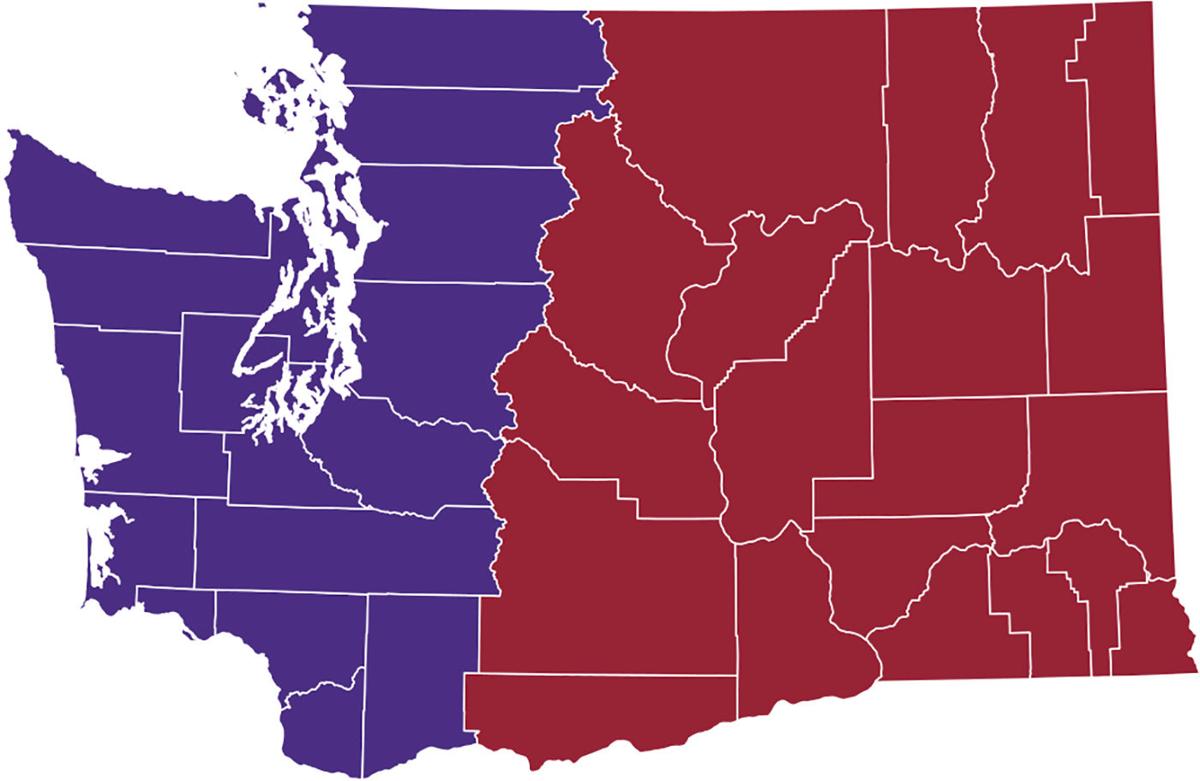 The proposed State of Liberty is shown in red. 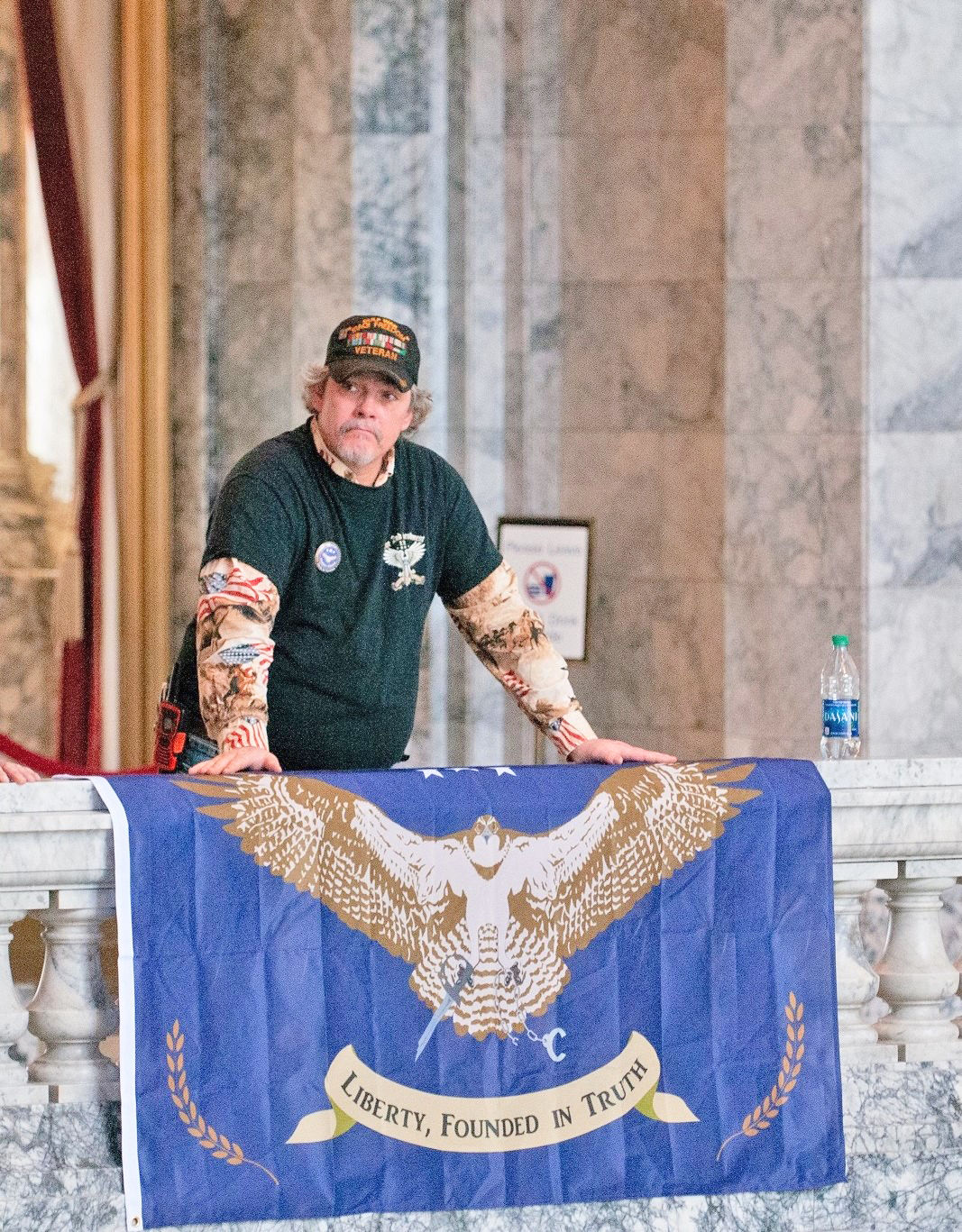 Robert Brown, an advocate for splitting the state of Washington into two, at a rally at the Capitol in Olympia last week.

OLYMPIA — Robert Brown is a resident of Stevens County in Eastern Washington, but he believes the policies coming out of Olympia don’t reflect what he values.

The issues he considers important are Second Amendment rights, taxation and border security. And Brown is one of the many who have rallied behind the newest movement to split his state into two.

The idea isn’t new, but has most recently been spearheaded by Rep. Matt Shea, R-Spokane Valley. This year proposed House Bill 1509 to the Legislature to divide Washington at the Cascade crest, establishing a 51st state in Eastern Washington called Liberty.

Proposals to split the state date back to 1905, varying in intent to simply split apart, or to combine with parts of Eastern Oregon or the panhandle of Idaho.

“I’ve never seen a state that’s so — as soon as you come over that mountain pass — so divided. I mean night-and-day difference,” Brown said.

According to Cornell Clayton, a public policy professor at Washington State University, this has led to some “cultural Republicans” in Eastern Washington feeling as though their values aren’t represented in the legislature, especially when it comes to social issues like abortion, gun control, and “church-state issues.”

“These are folks who…take these cultural issues and wage culture wars, and it’s them who are aggrieved by the policies that come out of Olympia, because they feel engulfed by a Western Washington culture,” Clayton said.

Two years later, it was seen again in Washington’s passage of Initiative 1639 in the 2018 general election. The initiative raised the minimum age to purchase a semi-automatic rifle to 21, redefined the rifles as “assault rifles,” added more stringent background checks, increased waiting periods and enacted storage requirements. Eighteen of the 20 counties in Eastern Washington rejected the initiative.

Divergences like this has led some residents like Brown — whose county similarly had 73 percent of voters against Initiative 1639 and 67 percent favoring Donald Trump — to say they are treated “kind of like the red-headed stepchildren just shoved in the corner.”

And his county is almost exactly that: it shares a border with British Columbia, and is only one county away from the Idaho border.

Gun rights issues have underscored this year’s revival to splinter the state.

While state secession is illegal, the U.S. Constitution outlines ways for new states to be added with consent of affected state legislatures and Congress.

This year, Shea is the prime sponsor for HB 1509 to establish the state of Liberty, and House Joint Memorial 4003 to petition U.S. Congress with the same request. Neither of these bills have been scheduled for a public hearing.

According to Shea, if Puerto Rico’s statehood referendum is approved by Congress, a new state in Washington would balance the U.S. Senate by establishing 52 states in America.

Rep. Shea proposed similar bills in 2015 and 2016. None of the bills have progressed past a first reading, but that doesn’t mean the discussion will die down anytime soon.

According to Professor Clayton, what’s going on in Washington echoes a national sentiment.

“What it tells us is that in Washington, much like the rest of the country, our politics has become polarized,” he said. “We’ve sorted ourselves out as a country in geographical terms and I think that’s what’s going on in this state and across the country.”