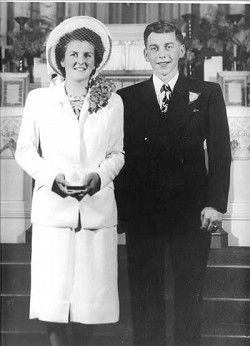 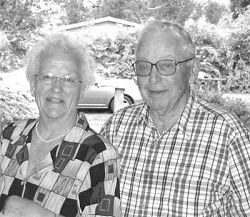 MENLO - Howard Monohon and Marie (Pehl) Monohon, of Menlo were married Aug. 27, 1949, in the Catholic Church in Raymond (pictured below).

Howard worked on the family farm, Monohon Dairy, for more than 30 years and later went to work as a beer truck driver for Dennis Company delivering throughout Pacific County for 14 years. Marie started her career at Seattle First National Bank, then later became a rural letter carrier for USPS for more than 21 years.

Their children, Marie Wilson of The Dalles, Ore.; Bill Monohon, Oregon City, Ore., and their grandchildren, Lisa Wilson of Portland and Lindsay Keever of The Dalles, would like to invite friends and family to an open house in celebration of their 60th wedding anniversary from 2 p.m. to 6 p.m., Saturday, Aug. 29, at the Monohon residence in Menlo.

Here's how to spot misinformation online

This 'Zoom Meeting' Halloween costume is so 2020