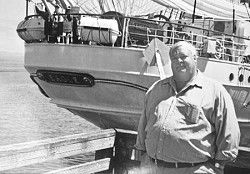 Ed Tice in recent times. He was a power on Gearhart City Council. 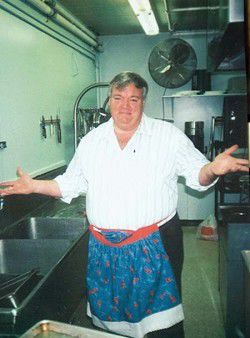 Ed Tice at Jewell School in the early 1990s. He was a dedicated educator.

Ed Tice in recent times. He was a power on Gearhart City Council.

Ed Tice at Jewell School in the early 1990s. He was a dedicated educator.

As a father, teacher, friend and mentor, those who knew Ed Tice agree that the big man who helped students find their way and grew artichokes in his ever-expanding garden every summer died far too early.

In 1997, he began teaching at Seaside High School, and had recently begun working at Broadway Middle School in Seaside.

Paul Tice, Ed Tice's oldest son, said some of Tice's students had the wrong impression of his dad. Paul Tice was in his dad's classrooms during both middle school and high school, and knew some of his classmates could be put off by Tice's disciplined style.

"He started off gruff to begin with, but he was always trying to send students down the right path,"?Paul Tice said.

His dad loved teaching history, Paul Tice said, especially when it had to do with World War II. After growing up in Hawaii in the the 1950s, it was a natural fit, and Ed Tice could often be found with his nose in a book.

But connecting with students and helping them build character is what Paul Tice hopes his dad is remembered for.

ne student, Cody Brown, now 23, cannot forget the impact Tice had on him when they first met.

When Brown initially came to Seaside High School, he'd previously been home-schooled, and had a lot of ground to cover to catch up. He was in the process of doing that when Tice approached him.

Tice asked if Brown might be interested in helping out with some of the work he needed done on his house and its surrounding grounds.

As work got under way, Brown found that he warmed to the man some other students at school weren't sure about.

But that was only because they hadn't taken the time to get to know Tice, Brown said.

Cutting wood, hauling gravel and digging ditches, Brown found he was amazed at the work Tice did in his woodworking shop.

"He was a very inventive guy," Brown said. "He left his mark on a lot of people."

Brown credits Tice with helping him develop a strong work ethic in his early years, something that has helped him support himself.

One job, particularly, is still fresh in Brown's memory - when Tice asked hime to move a dump truck load of gravel with just a shovel and a wheel barrow. The work transformed into a joyful process, Brown said, even though he was tired and sore long before it was done.

"I enjoyed putting myself into the work and getting it done. The satisfaction of looking back - that was an accomplishment," Brown said.

Brown and Tice could talk about nearly anything - even politics and religion - even if they didn't share the same opinion.

Tice's best friend, Bob Chamberlain, also won't forget their lively conversations. For 20 years, the two met weekly for Saturday lunches, and palled around regularly. As Tice ate a bacon cheeseburger with potato salad and some clam chowder, Chamberlain said he'd tease Tice about his work on the Gearhart City Council - good-naturedly, of course - as well as what was happening in the world with schools and politics and the economy.

The two met in 1989 when Chamberlain moved to Seaside from El Paso, Texas. Tice had a contracting business in addition to his work at local schools, and when Chamberlain needed some work done on his new house, Tice answered the call.

Chamberlain particularly remembers a day when the pair planned to re-paint their nearly identical Ford pickups the same peculiar green color on a vacant lot near Tice's house.

"It was forest green, but much greener. He said he got a deal on some paint," Chamberlain said.

They set up a compressor and got going on the job when a young policeman came over. Chamberlain approached the cop and kept him talking just long enough for Tice to finish the job and comply with the request to stop working on the property.

Chuckling at the memory of the finished trucks, Chamberlain said many folks in town recognized them for their handiwork.

"Some people thought the old paint was better than the new," he said.

Chamberlain said Tice was very concerned and interested in his own community and felt it was important to be an active part of it. He was the driving force behind Gearhart's water system, for example.

In Gearhart, Mayor Kent Smith said Tice worked together with the other city councillors to develop a plan for the city to provide its own water - a plan that could be fully implemented by the end of 2010, Smith said. It was Tice's suggestion that got the whole process started, he added.

Smith worked with Tice for about half of his 17 years as mayor. More recently, Tice supported annexations of subdivisions into the city limits. While Tice's showmanship could sometimes dominate the floor for long periods during meetings, Smith said Tice knew what he was doing.

"Ed always supplied a lot of intellectual firepower. He was a very smart guy and a good leader. He led us more than anyone else," he said.