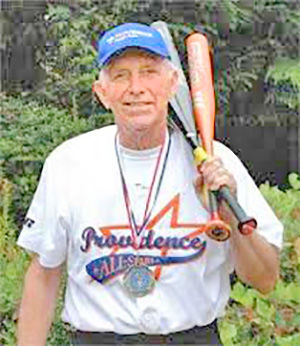 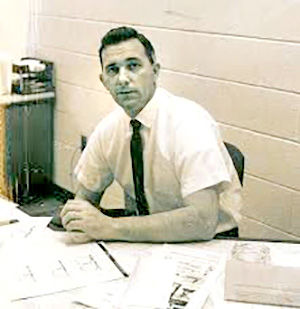 The family lived in Salem Neck, Massachusetts, a tight-knit community a few miles from downtown Salem. He attended the Juniper Point school there — a one-room schoolhouse that covered six grades. On the Neck, they weathered the 1938 hurricane that ripped off the roof of their home. Ralph remembered traveling about the flooded streets via canoe.

When Osgood was 15, he and his buddies were walking in the downtown area of Salem, Massachusetts, when they happened to see a help-wanted sign in the window of the Paramount movie theater. On an impulse Osgood decided to apply. He was hired as an usher for 35 cents an hour, a sum he described as “a pretty good deal” at the time.

According to Osgood, his job at the Paramount was the start of theater being “in my blood — I love theaters — I always have.” Osgood continued to work at the Paramount until he enlisted in the service.

In the 1950s the Korean War broke out and Ralph joined the Air Force. During his enlistment he was assigned to a radar station in Colville, Washington, and it was there that a second act of whimsy would have a life changing impact on his life. While walking down the street he saw a little boy and asked him if he had a babysitter. The little boy told him that he did and when Osgood asked where she was he pointed to a nearby house. Osgood walked up to the door, knocked, and introduced himself to the “beautiful young woman who came to the door.” “I was a single young man in a town where I didn’t know anyone — I figured it was a good way to meet someone.” He was 19 years old; Francis, the beautiful babysitter, was 18. They married on Aug. 24, 1951 in Colville, and have enjoyed 68 years of marriage.

After his tour of duty, Osgood once again was drawn to employment in the movie business. He began working part-time at a drive-in theater in Colville, then as an assistant manager in Salem, Massachusetts. In the 1960s he worked at the first twin-plex movie theater in the U.S., located in Peabody, Massachusetts. Within a short time, he was promoted to the position of general manager of six theaters in the Seattle area. In 2014 the Motion Picture Pioneer Foundation named Ralph a Motion Picture Pioneer in honor of his 25 years in the business. The honor included a pass that allowed him free access to any movie in any theater in the U.S. for the rest of his life. One of his sons and a grandson have extended the family tradition of work in movie theaters.

He and Fran moved to Ocean Park in December 1993, and enjoyed living at the beach. Ralph sold advertising part-time at the Chinook Observer for many years and loved visiting with local businesses as he faithfully delivered Visitor Guides for years afterward as a volunteer.

Ralph loved softball, and traveled the western U.S. for years to play. He was on several master-class softball teams and participated in the Washington Senior Games for many years, earning gold medals. Although he retired from playing in the leagues at the age of 83, he never lost his love of the game.

He shared his love of classic movies by providing films for the Neptune Theatre to show free of charge each Wednesday and then on Saturdays for many years. He was proud to share from his collection of great movies.

His parents and his only brother preceded him in death.

He is survived by his wife of 68 years, Frances (Tuttle) Osgood; three children, Ralph Osgood of Vancouver, Washington, Perry Osgood of Renton, Washington and Robin Murray-Iosco of Goodyear, Arizona; as well as seven grandchildren and 12 great-grandchildren.

No formal services are scheduled at this time.

To plant a tree in memory of Ralph Osgood as a living tribute, please visit Tribute Store.