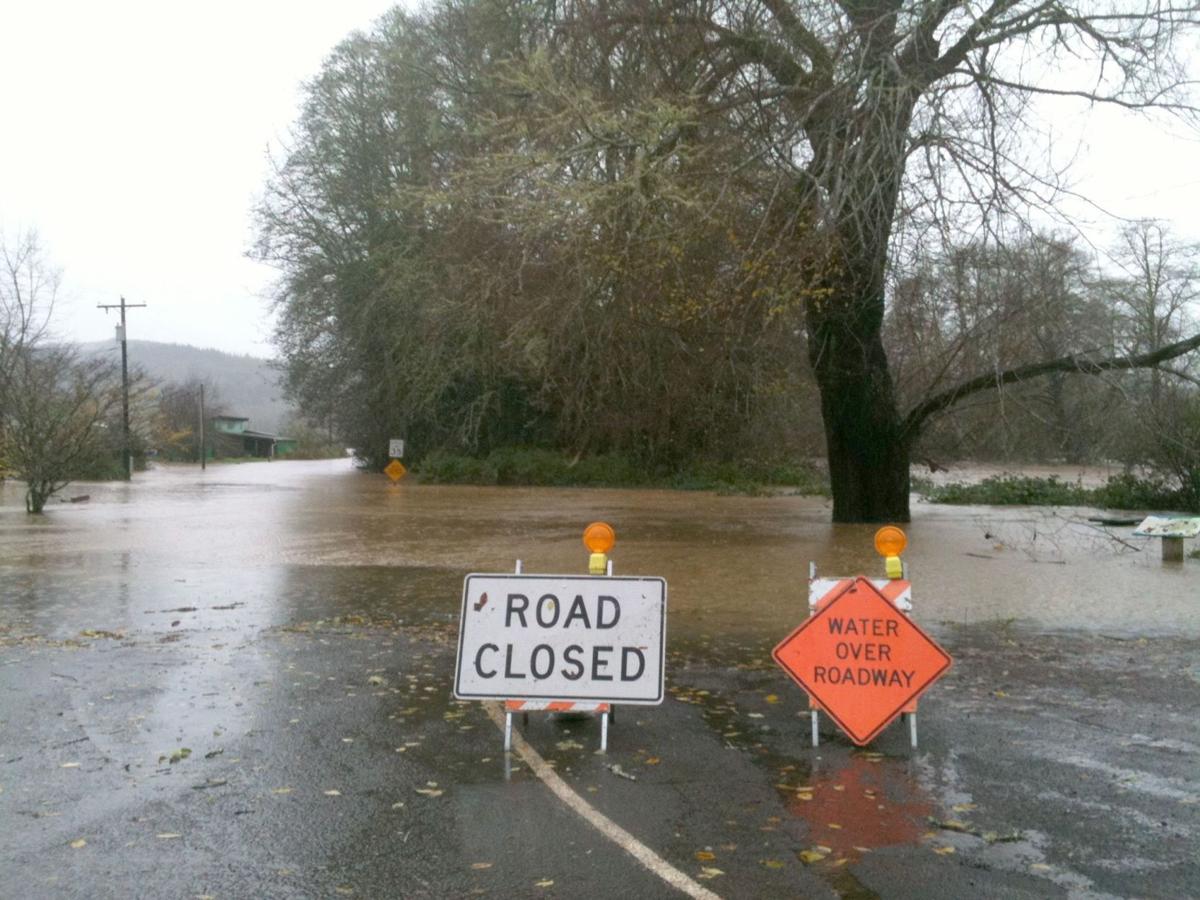 Pacific County flooding events, such as the November 2012 rains that caused chaos near Deep River, may be more frequent as global climate change progresses. 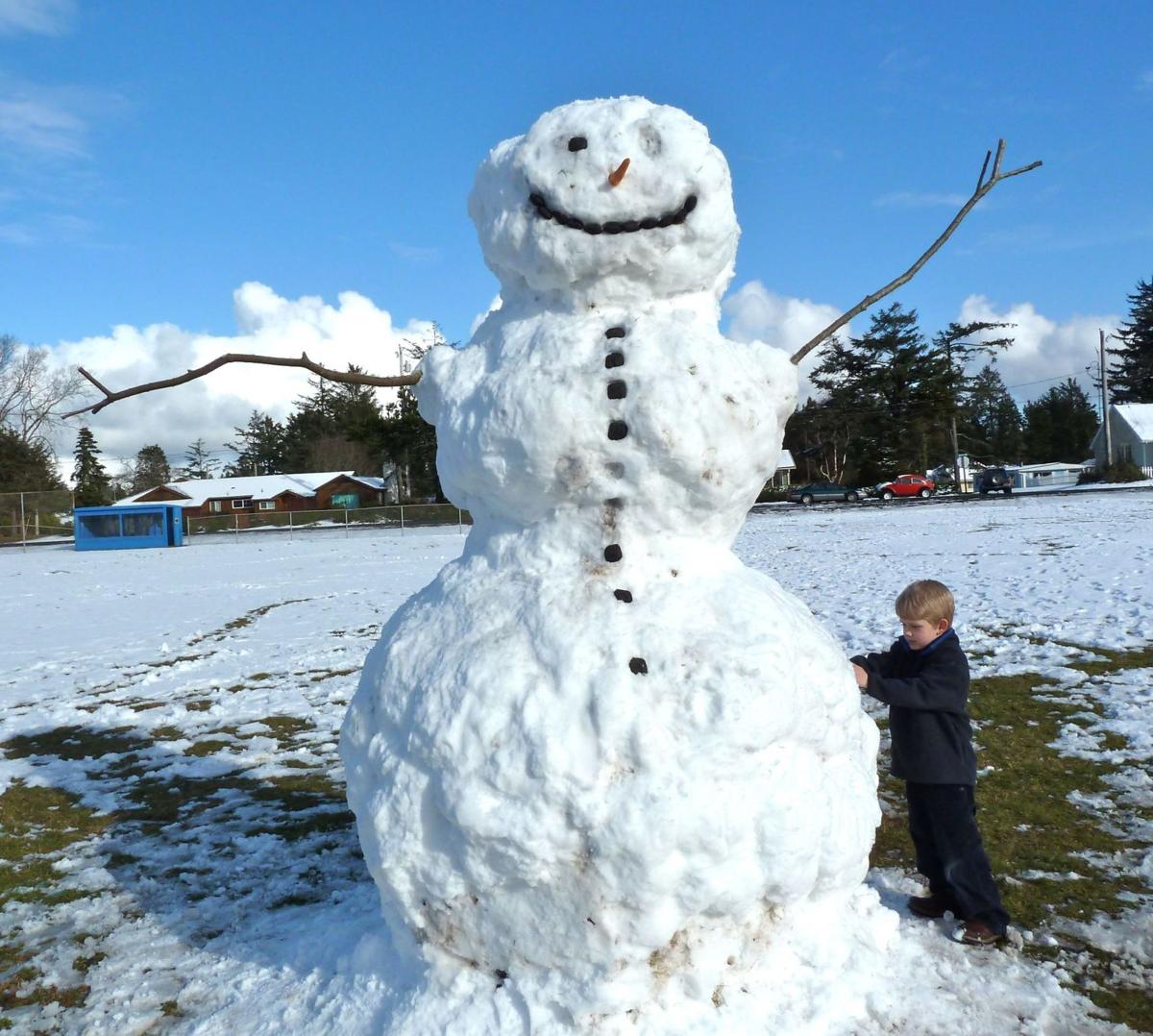 The big snow of February 2011, which gave many children delight, may be one of the last we see on the Peninsula.

Pacific County flooding events, such as the November 2012 rains that caused chaos near Deep River, may be more frequent as global climate change progresses.

The big snow of February 2011, which gave many children delight, may be one of the last we see on the Peninsula.

When I was a kid in the Yakima Valley, we routinely had several inches of snow for Christmas. And there were many times taking the train through the Ellensburg Canyon from Yakima to Seattle to see our grandparents, we’d have to stop while snow was shoveled off the tracks, especially along Lake Keechelus.

When it wasn’t snowing, but just darn cold, Dad would stand out in the backyard night after night spraying house water (in Yakima irrigation water gets turned off in October) on a patch of what-used-to-be lawn and, eventually, after four or five nights, we’d have a skating rink for all the neighborhood kids.

My50-year-old memories capture a definitive shift in the weather. “Now whether these patterns are climate change or just a matter of natural variations is something I can’t say,” said Nic Loyd, meteorologist at Washington State University and also a Yakima native. “But we certainly don’t have those kinds of winters anymore in the Yakima Valley.”

Nic and a group of WSU scientists put out a weekly report they call AgWeatherNet. (Sign up at http://bit.ly/1Qz9dMr).

I called Nic last Friday to ask about this year’s nonwinter and what it might mean going forward. Most predictive models indicate that what Nic calls our “snow drought” will likely happen again next winter.

“Here we are in early June and aside from the highest peaks and glaciers, there is no permanent snow pack left,” he said. “We’re just about out of seasonal snow and we have been for a week or two. It’s a near record low.

“I’ve heard anecdotally that there are low streams flows, too. A lot of areas depend on snow pack. Ordinarily,” he continued, “this time of year snow would still be melting.” What’s odd is that “we did have normal precipitation levels but it just fell as rain.” (The temperatures were just too warm to create snow.) So what’s the big problem?

Well, snow is money in the bank for salmon and farmers. Snow pack is, basically, a water storage system that can be tapped later in the summer when Washington heats up. This year, the bank is dry, literally. Lake Keechelus on Snoqualmie Pass, and Rimrock Lake on White Pass are both unusually low for this time of year. Yikes! With fewer reserves what will our farmers do?

Nic points out that conservation measures can still be employed to help farmers more effectively utilize the water that is available. “We have data collection sites around the state that give us information on humidity, wind speed, solar radiation as well as decision making tools that track evapotranspiration—that is, how much water evaporates from a surface.”

This data and the accompanying irrigation scheduling tools can help both farmers and backyard gardeners know when to water and how much. (For drought information, go towww.drought.wsu.edu. ) Unfortunately, these tools won’t help our anadromous salmon friends.

Nic and other scientists are quick to point out that one can’t jump to conclusions about these single events — like a snow drought — signifying global climate change; but over time, measurable trends do show a steady rise in temperatures. Cliff Mass, the weatherman on KPLU (http://bit.ly/1Be7sO5) and University of Washington professor, is less reluctant to talk about long-term trends.

Cliff says there is “a compelling case to be made that the Pacific Northwest will be one of the best places to live as the earth warms” throughout this next century. In fact, we’ve had a taste of it already; the weather we’ve been experiencing in the last month — higher temperatures than normal in Eastern Washington (it was 105 in Yakima last week!) and Seattle (in the mid-80s, with everyone complaining!) and less rain — is probably more or less what the new normal will look like.

“Temperatures will rise by between 2 to 5 degrees, which pretty much follows the temperature increases of the Pacific Ocean,” Cliff said. Although our ocean will not heat up as fast as the Atlantic, it is getting warmer, and air blowing off the sea to our shores matches its temperature. Cliff also talks about the cycle we’ve experienced lately of hotter weather followed by winds blowing down from the Strait of Juan de Fuca which cool things off; then things heat up again. This hot/cool cycle is what we can expect for the rest of the summer.

The other news is that the Blob has returned, or as Cliff calls it, the Son of Blob (SOB), which is an area in the ocean “about 1,000 to 2,000 square miles in diameter” of unusually hot water hovering off our coast. (The Blob was named last winter by Washington State Climatologist Nick Bond.) The SOB’s hot ocean water is partly responsible for these hot/cool-cycles. “It’s hard for our minimum temperatures to fall much below ocean temperatures this time of the year,” Cliff writes. His daily blog is at cliffmass.blogspot.com.

Once the Blob goes back where it came from (we’re all waiting for its B-movie) and our summer hot/cool cycles shift down, Cliff says we’ll enter another El Niño phase. Though some like the notion of a warmer winter, this will probably mean, as Nic also confirms, one more snow drought next year.

But, as we’ve said, the good news is that many predict the Pacific Northwest is one of the best places to be for climate change. Cliff lists some reasons that we’ve already talked about in the Chinook Observer pages—we’ve got water for one thing and we’re happy about it!

Here are a few more things to consider. Our temperatures will rise more slowly than most of the nation due to our temperate Pacific Ocean. We’ll have rain but less snow — though both Cliff and Nic say that can be mitigated by building more reservoirs. (However, this could mean damming more rivers and diverting water; something that could further damage our salmon fishery.)

Sea level rise will hit the east and south coasts of our nation more dramatically than our North Coast shores; though Long Beach could suffer as higher tides and sea-rise combine for erosion events and tidal surges. And we may be in for more flooding in our river valleys; but at least we’ll have water, something California, Utah, Wyoming, Colorado, and Montana wish they had more of. (The federal government just gave $110 million to the aforementioned states for water-relief efforts. Oregon was also included, but Washington isn’t considered to be in such dire straits — yet.)

Thank goodness there was a recent expansion of the EPA Clean Water Act of 1972 to include not only waterways but their tributary and upstream systems as well. My only question is, who is advocating for our salmon? Now that’s a hot topic.

The public, friends and family are invited to the celebration of life for Rolande Chesebro at the Oysterville Church at 1 p.m. Saturday.