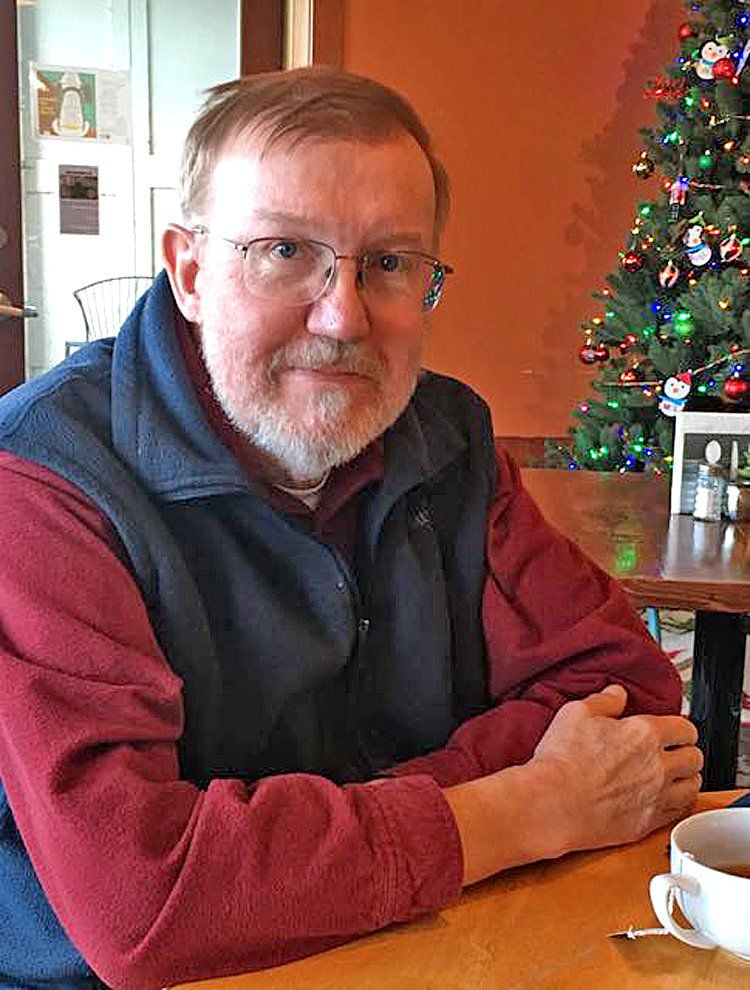 Hobe Kytr, director of Salmon For All, talks with the author about supporting Columbia River salmon fisheries over the last decade. 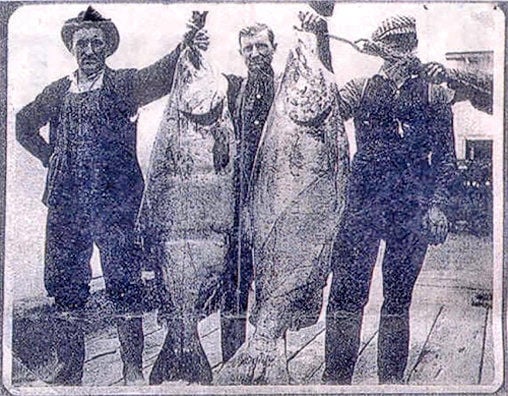 Lower Columbia River fishermen show off a pair of gigantic “June hogs,” a subspecies of Chinook salmon that was doomed by dams and other human-related problems.

Hobe Kytr, director of Salmon For All, talks with the author about supporting Columbia River salmon fisheries over the last decade.

Lower Columbia River fishermen show off a pair of gigantic “June hogs,” a subspecies of Chinook salmon that was doomed by dams and other human-related problems.

Hobe Kytr, director of Salmon For All since 2005 and director of the Ilwaco Heritage Museum before that, is a patient man. He has to be, he’s fighting to keep our salmon and, as anyone working in the environmental field knows, it’s not a battle that is won once. It’s a series of incremental steps, some forward and some back, that you hope will eventually lead in the direction of your goals. In fact, it’s almost like a spiritual mission requiring commitment, faith, knowledge, and passion. Hobe has all these traits.

I spoke with Hobe at the end of 2016, a couple days after he shared the spotlight with Dan Serres, conservation director for Columbia Riverkeeper, on KMUN’s Perspectives, moderated by Joan Herman. (The complete podcast of the program: tinyurl.com/Kytr-Interview).

Joan laid out the timely reason for her show this way, “The Columbia River and its largest tributary, the Snake, once laid claim to the world’s largest salmon runs. Up to 16 million fish once entered the river mouth annually to begin the journey toward their spawning grounds. The Columbia Basin now holds another record — as the most dammed river system in the world.”

“The federal government is seeking input on salmon rehabilitation [following] a U.S. district court ruling last May that the government’s salmon restoration plan violates the Endangered Species Act.” A public forum scheduled for Astoria in December was postponed to this week due to inclement weather. Hobe says the opportunity to give real feedback on restoration plans is extremely limited.

Hobe and I are talking at Coffee Girl, that great Astoria spot on the pier where you can sit and sip and look out over our Mighty Columbia. The office of Salmon For All, founded in 1958 as an association of gillnetters, fish buyers, processors, and associated businesses, is right upstairs, a perfect location to take in the river’s moods and goings-on. Their mission is “To provide protection and conservation of Columbia River salmon resources.” (Their website: www.salmonforall.org.) Hobe and I review the issues.

Fisheries are in danger all over the world; and none more so than those in the rivers in our own backyard. This has been happening since the 1800s. Whether the cause was historic overfishing and cannery waste of the 1860’s (Hobe says Astoria was once “the salmon canning capital of the world” — at one time there were 38 canneries on the lower Columbia); dam building of the 1940s and 50s to create cheap electrical power; the pollution from pulp and paper mills in the 1950s and more recently agricultural run-off. Now on the top of the list is simply the fight over water: for cheap power and agriculture versus the release of water to cool river temperatures needed for both returning salmon and fry trying to survive after hatching.

The dams along our raging river were also created to make navigable “slack water” for barge and tug freight to the inland “ports” of Lewiston and Clarkston, Idaho.

Over the years, fishermen have served on a series of commission, councils, agencies and boards in an attempt to keep fish in our rivers now managed by a smorgasbord of agencies often not in agreement about either causes of the fishery decline or what to do about it. As the Salmon for All site indicates, “The Columbia River Compact and the Joint Management Staff of the Oregon and Washington Departments of Fish & Wildlife continue today as the principal management structure for all Columbia River fisheries, in consultation with NOAA Fisheries, the U.S. Fish & Wildlife Service, Idaho Fish & Game, the Treaty Tribes, and the Columbia River Intertribal Fish Commission. Much of the river is under concurrent jurisdiction.”

In some cases, even historical fisheries facts are disputed or dismissed. June hogs were the local name for massive salmon in the summer runs that traversed the Columbia all the way to their spawning grounds in Canada.

“Some people in the agencies deny they even existed,” said Hobe. “The National Marine Fisheries Service in a study of the Columbia mid-1990s said there was no empirical evidence that they existed. Chris Thompson, who died at 96 and worked for Columbia River Packaging, filleted them with his own hands! He shook he was so angry when he talked about it.” (I too spoke to fishermen in Ilwaco years ago and saw photos of June hogs on the walls of many fishing-family homes.)

Why would officials want to erase the existence of such magnificent fish? Says Hobe, “I guess to absolve themselves of the guilt of having eliminating those big fish.”

Natural conditions that favor salmon fluctuate yearly and the salmon numbers follow. “To be perfectly fair,” Hobe continues, “in recent years we’ve had the largest salmon runs on record since 1938 and a lot of it is due to hatchery fish. But there have also been better ocean conditions, better and more feed in the ocean. We’ve had, not this year but last year and the year before, record salmon months — over one million fish returning to the Columbia River Basin. Last year it was 1.2 million.”

Now, granted, this is nothing like the historical runs, but it means there is still hope. In riparian places where we’ve given Mother Nature even a bit of a break, salmon rush back.

After years of squabbling, the dams on the Elwha River in Clallam and Jefferson counties were taken down. They were not providing electrical power and the owners found that maintaining them would be more expensive than demolishing them. So the bottom-line ruled the day. The dams came down and scientists have been amazed at how well the river has recovered. Silt accumulated behind the dams washed out more quickly than was thought, conditions supporting salmon redds [nests] returned, and the salmon poured in. (More info about the restoration: tinyurl.com/NPS-Elwha)

A similar fate could await the dams on the Snake but it’s a tug of war. As Hobe indicates, vessel freight into Lewiston and Clarkston is declining (trains move freight more cost-effectively), though the tug and barge industry still holds sway there. Despite the financial trends, “The tug and barge people are calling on the creation of a ‘God Squad’ so they can let those Snake River salmon go extinct.” Then the Snake dam issue will disappear. That seems the height of arrogance to me. I say take the dams down.

Hobe must have a strong stomach to watch the labyrinthine workings of political action (or inaction) over all these years. He calls the hearing that was postponed, “more like a dog and pony show about the hydro-electrical system. It’s really meant to limit public input. There is nothing in the past behavior of Federal agencies that indicates their willingness to listen, which has more or less been the case for the past 25 years.”

“The Holy Grail would be taking those dams down,” says Hobe. “That would help bring fish back into the river.” And put more of our fishermen back to work. It’s not too late.