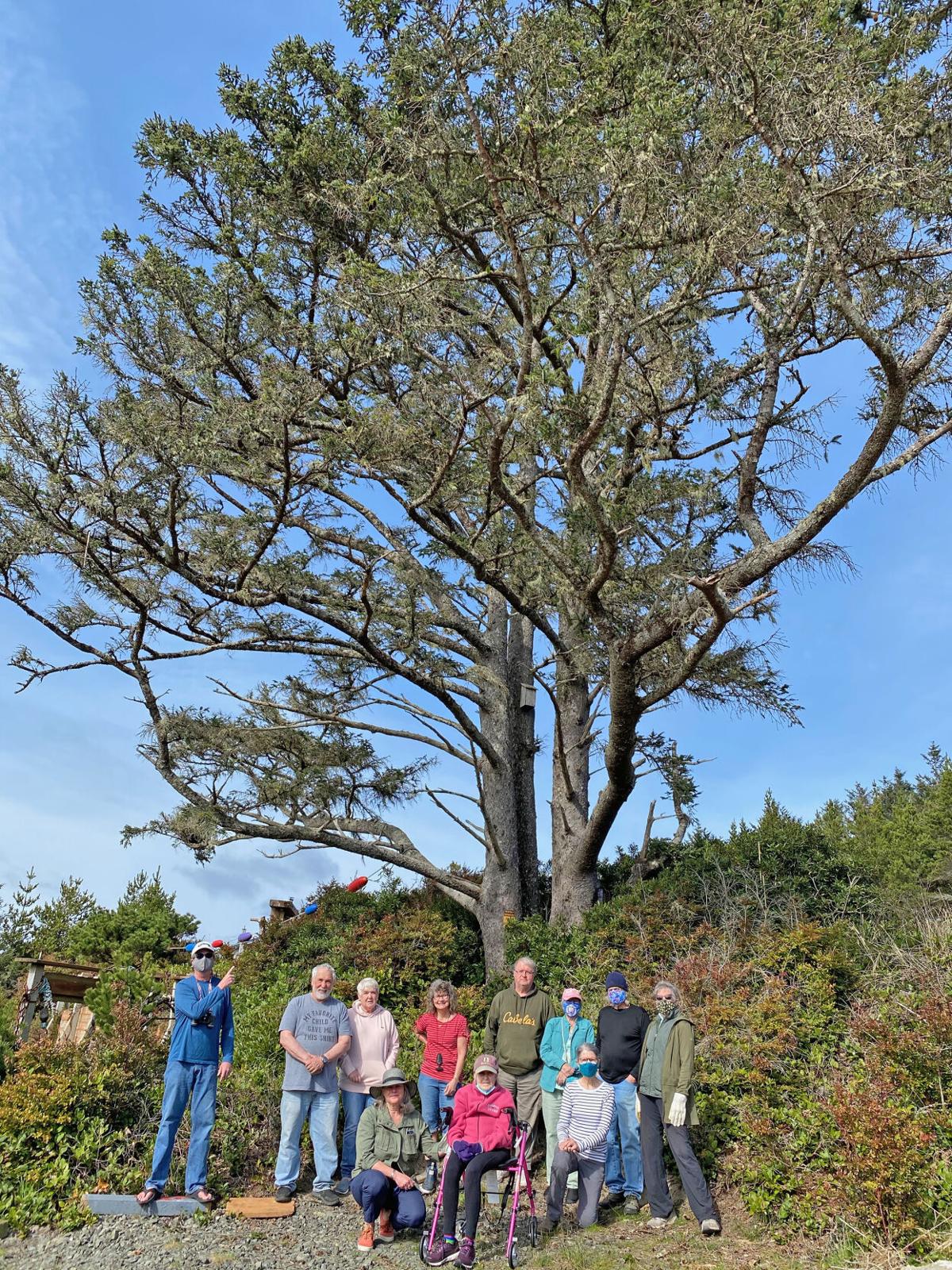 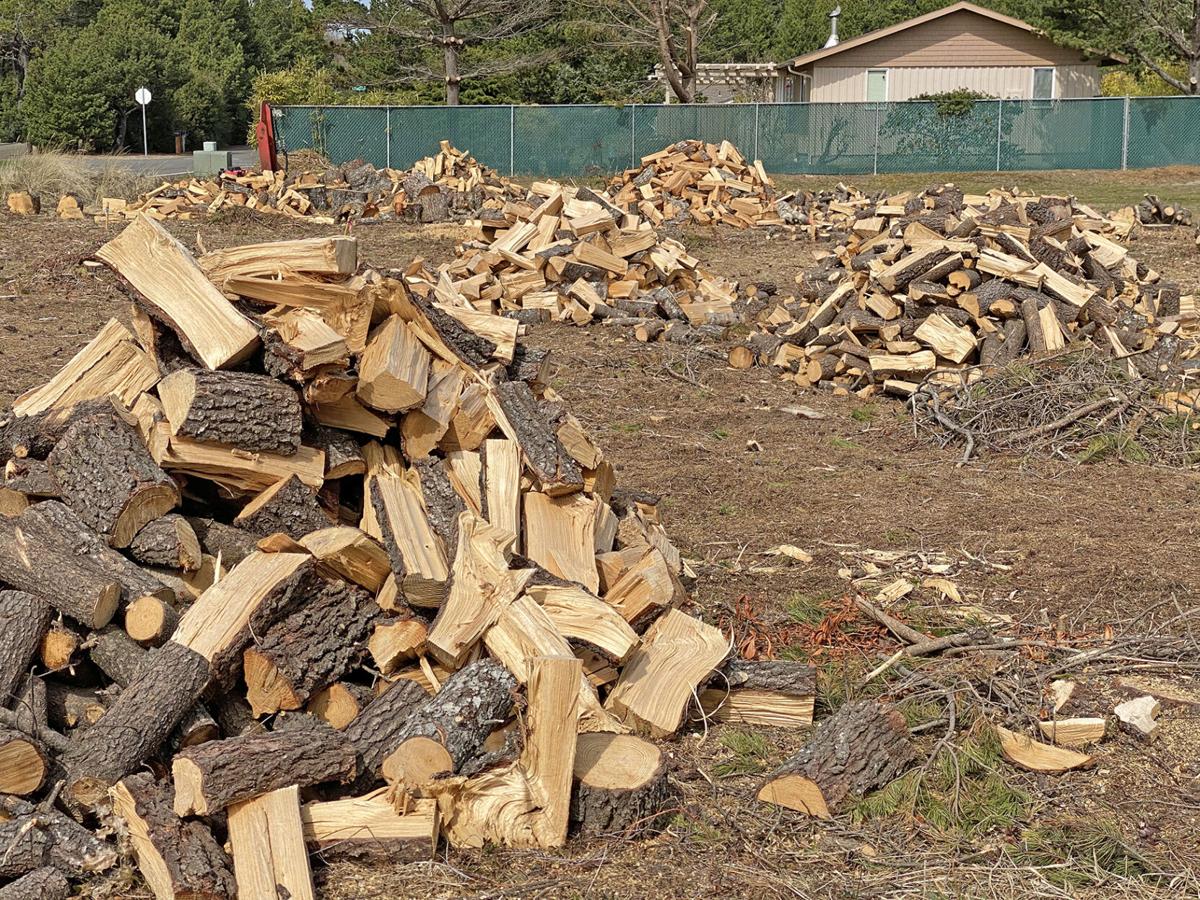 Here is one possible outcome of the Surfside tree-height covenant dispute. 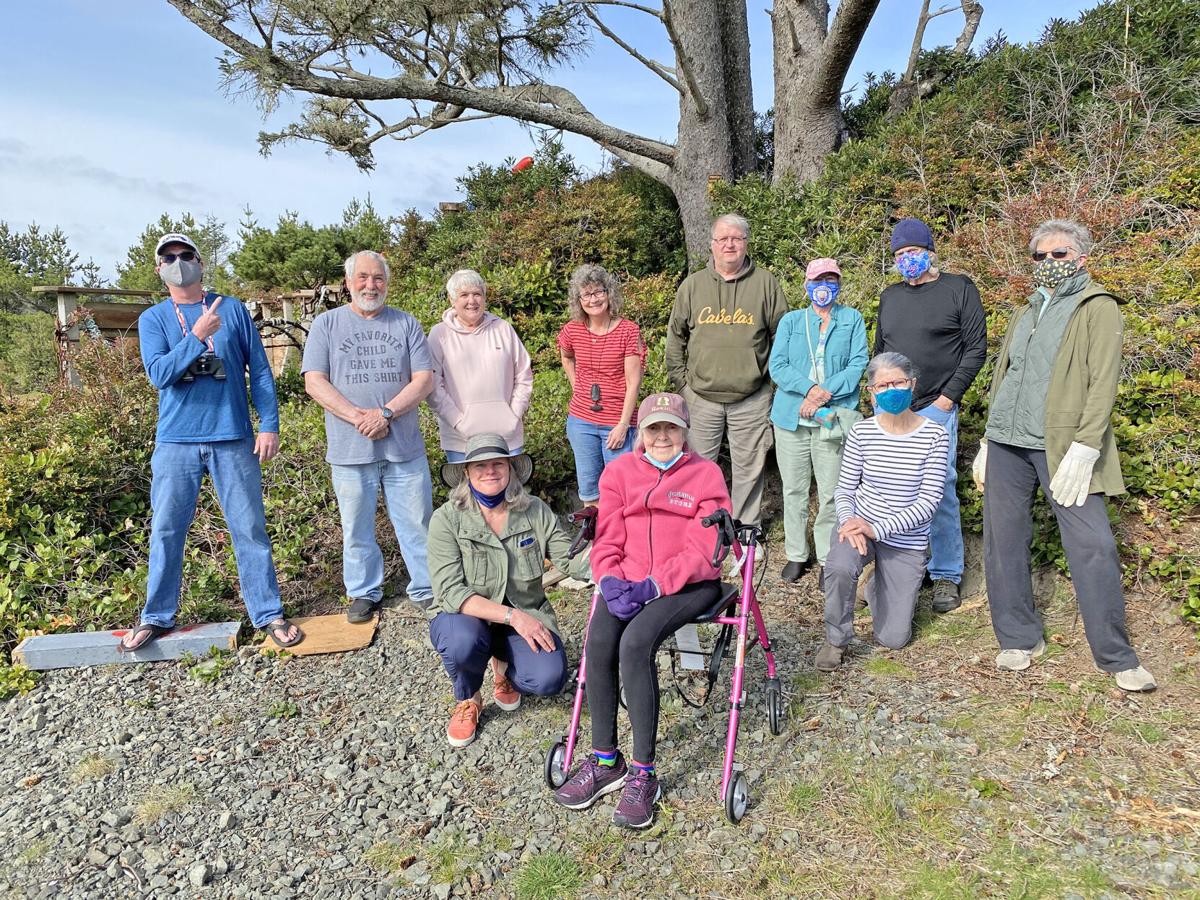 Here is one possible outcome of the Surfside tree-height covenant dispute.

A poem lovely as a tree.

A tree whose hungry mouth is prest

Against the earth’s sweet flowing breast;

A tree that looks at God all day,

And lifts her leafy arms to pray;

A tree that may in Summer wear

A nest of robins in her hair;

Upon whose bosom snow has lain;

Who intimately lives with rain.

But only God can make a tree.

Kilmer, a New Jersey poet killed in World War I, was known for celebrating the natural world, and I couldn’t agree with him more about trees. But trees are more than just beautiful: they clean the air, aerate the soil, provide environmental bounty for both humans and other creatures, they sequester carbon, communicate with each other via their roots, and even pass needed elements to trees in their root-network who may be suffering.

We use them for warmth and for constructing vessels, fences, furniture, floors, and structures of all kinds. Sustainable harvest is more important than ever. Certainly trees should be at the very top of the list of things we humans are most thankful for and protective of. And yet… over the course of my nearly two decades on the Peninsula, I’ve witnessed so many trees, acres of trees, needlessly cut down.

Unfortunately, this is often the standard for new arrivals: they love our magical green, our exquisite landscapes and forests. They buy a lot or a home, then often and quickly, trees are cut down to make way for more human development. I’ve found it difficult to convey the sadness of this in a photo because, what do you see? Where once there was a tree full of abundance and life, you find… a stump flat against the ground.

Several weeks ago the Chinook Observer received a call about an old Sitka Spruce being threatened in the Surfside Home Owners Association (SHOA). No one knows its age, but I’ve heard estimates from between 125 to 300 years old. Eleven years ago this same tree was threatened with removal and it was saved; the property owners got an official variance letter from the SHOA board of directors. Now it’s déjà vu all over again.

Surfside has a homeowners covenant that trees cannot be higher than a roofline. But “roofline” is a moveable number depending on where your roof is located. The folks with homes in the “heights” — that is up on the ridge on J Street — have no tree height restrictions; and, as one homeowner admitted to me, some feel that these J Street people are somehow elite, can lord it over the homeowners on the “flats.” (As we know, a view makes a property more valuable.) So the roof-height tree-cutting policy has in effect created a class hierarchy that, as I’ve recently discovered, is a red-hot issue.

This concern has been made hotter still after a “proactive enforcement ruling” on tree cutting was “rammed through” (as one owner put it) this past summer when many homeowners were absent. Any changes to covenant issues can only be taken up as part of a special session, which must be publicly announced in order to allow time for owners’ comments. The board did not do this, no doubt understanding that tree cutting would be unpopular.

Generally, tree cutting does not get triggered until or unless there is a specific complaint from a Surfside homeowner. (Note: the complainant does not even need to have an adjoining property.) So, over time, many trees have been left to grow over roof height. Some property owners in “the flats” voluntarily cut their trees without prompting; so you’ll see, if you drive around Surfside, some significantly tortured trees. Many have been topped, their branches growing parallel to the ground as if they were large green mushrooms; some are cut and struggling like skinny rooted toothpicks; others are simply cut down entirely to eliminate the whole problem. But because there are so many trees now growing higher than the stated maximum, this mandatory enforcement, if carried out, will likely cost homeowners tens of thousands of dollars.

The large Sitka is remarkable for Surfside. It stands hundreds of feet above the other decapitated trees, most of which are scrubby ordinary beach pines. Driving up to 35306 I Place to take a look, I noticed the grand old tree from blocks away and also saw a pair of bald eagles soaring above it, lofting on the drafts along the Surfside cliffs. (This is eagle-nesting time.)

A dozen or so of the concerned neighbors gathered at the foot of the tree. One person said, “There are other people who would be here if they could be. Some live out of town” Many folks — some who’ve watched this tree 30 years or more — had stories about it. One person with adjacent property said, “Often there are red-winged blackbirds filling the tree. Then they fly off all at once. It’s beautiful.” Another said, “The pair of eagles you saw have a nest just up on the ridge. Often they perch in this tree.”

So, the fight is on to save this grand Sitka — again. It’s clearly the right thing to do. Just during the 15 minutes we gathered at its foot, many different bird species flew into and through its welcoming branches. Aside from its obvious ecological value, there’s a Washington State Fish and Wildlife policy against the removal of “eagle perch trees” (apps.leg.wa.gov/wac/default.aspx?cite=220-610-100). According to WAC 220-610-100, “a perch tree means a tree that is consistently used by eagles. It is often close to a nest or feeding site and is used for resting, hunting, consumption of prey, mating display and as a sentry post to defend the nest. The purpose of these rules is to protect the habitat and thereby maintain the population of the bald eagle.”

It was suggested that the SHOA board must now wait to establish whether this is an official “perch tree” and, therefore, cannot be taken down. Because of the rich resources of our ocean and other waterways, we are graced with an abundance of bald eagles, and, therefore, our trees — especially those on ridges like the Surfside high ground — provide eagle habitat. Trees can also be communal roost sites (where eagles might spend the night) or are important for establishing “flight corridors.” Even other adjacent trees “on hills, ridges or cliffs” can be designated as providing wind protection for these eagle-frequented areas. This is a ruling to keep in mind when our large trees are threatened.

A poke in the eye with a stick

In sum, it’s clear that the tree dispute is a longstanding cause célèbre in Surfside in which probably no one involved will emerge unscathed (perhaps including this writer).

Granted, it’s difficult to manage a group of homeowners who may all have differing ideas on aspects of home ownership and aesthetics. (One need only look at the appalling changes in the National Historic District of Oysterville to see what can happen when disagreements and lack of code enforcement take root.) Serving on a homeowners board and attempting to mitigate such disputes is generally a volunteer position with no benefits, an enormous time commitment, and no compensation. There is little upside, except perhaps keeping one’s investment intact, and considerable downside.

So I sympathize with the homeowners in Surfside. It appears that the issue of “view privileges” and “tree cutting” — perhaps even the entire tree height covenant — should be revisited. I wish them well and hope it can happen congenially. But my heart is, without question, behind allowing this big Sitka to keep lifting her arms to the sky. Losing her would be tragic.